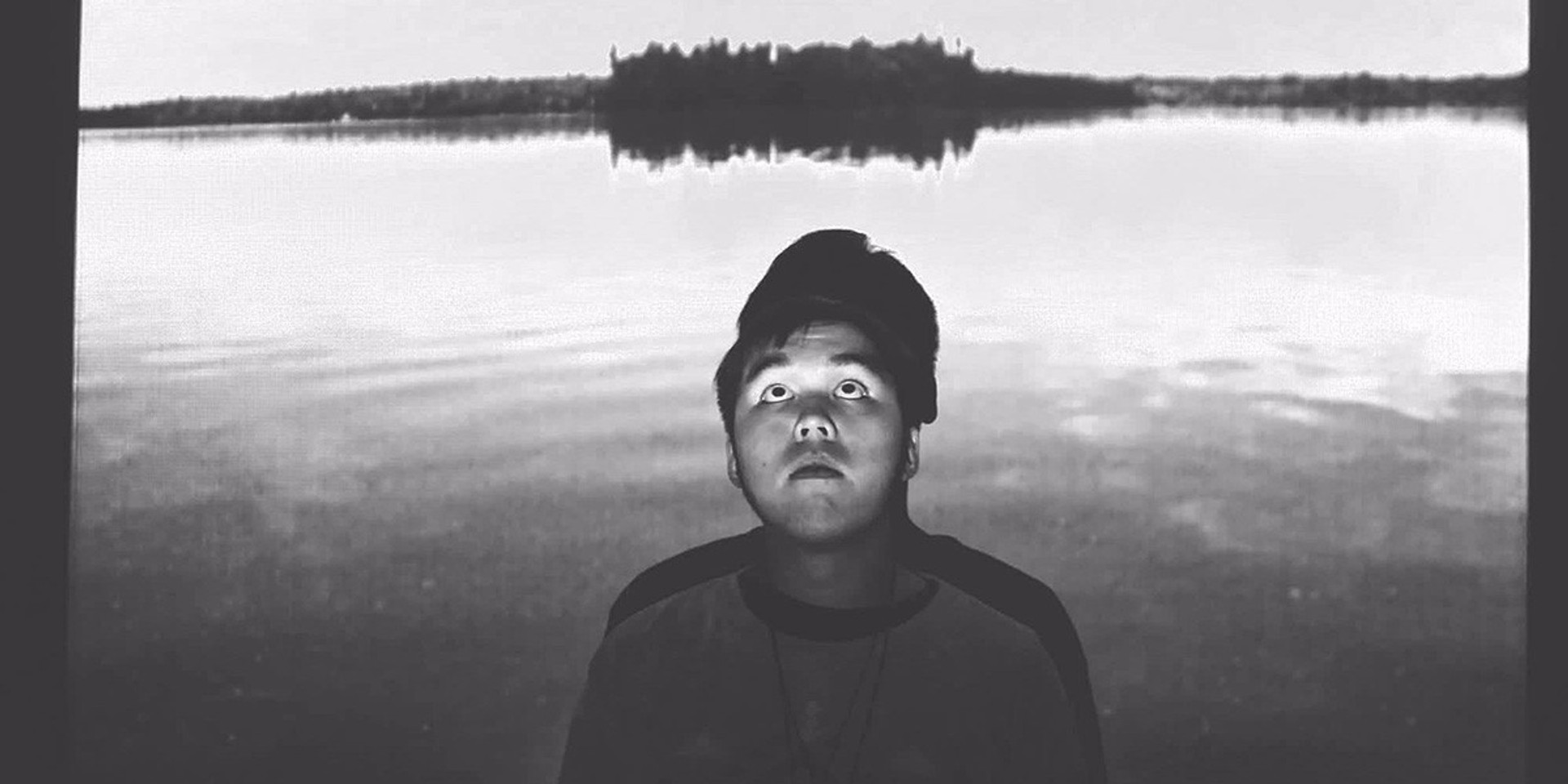 Jorge Juan Wieneke V, aka similarobjects, has been a regular fixture in the regional electronic music scene over the past couple of years. As co-founder of Manila's BuwanBuwan Collective and an active member of Singapore-based label Darker than Wax, similarobjects has worked with some of the best in the regional music industry - including the initiative SoundLab - and represented the Philippines in a number of international music festivals and conferences, consistently pushing himself forward musically, sonically and creatively.

2017 is pretty fresh for me but off the bat, it's a little bit daunting in terms of plans. I think this year for me is about going beyond my own forms and moving beyond creation just for creation’s sake and instead using my music as a medium to communicate messages on culture, politics, spirituality, existentialism and evolution;  Think of it as a dialogue between me and my surroundings. I’m currently exploring various mediums that could possibly help me translate these ideas successfully to my listeners. I might disappoint some listeners in the process but for me, I feel like going further inward and deeper is the way to go.

This month, similarobjects will be playing with Hamburg-based chamber quartet Ensemble Resonanz for Goethe-Institut Philippinen's Classical x Electro. The one-of-a-kind performance is happening on February 9 at UST's Beato Angelico Gallery.

"The challenge for me is to help the audience digest the whole show, either heightening the emotions or dampening the heavy peaks and valleys from their pieces," similarobjecta tells Bandwagon. "The actual show they are touring with is actually fixed to a certain extent but the whole experience varies depending on the country and electronic artist or DJ they play with [The ensemble is also playing in Singapore on Tuesday, February 8 with Malay pop group, NADA].  similarobjects adds that while he doesn't want to spoil the surprise, he's quite certain that the show will be an interesting experience for music lovers of all ages. "It's also bound to be a lovely way to blur the lines between musical forms and an interesting new way to enjoy classical and orchestral music."

We spoke to similarobjects to find out about the records that have helped shape his music, career, and life. 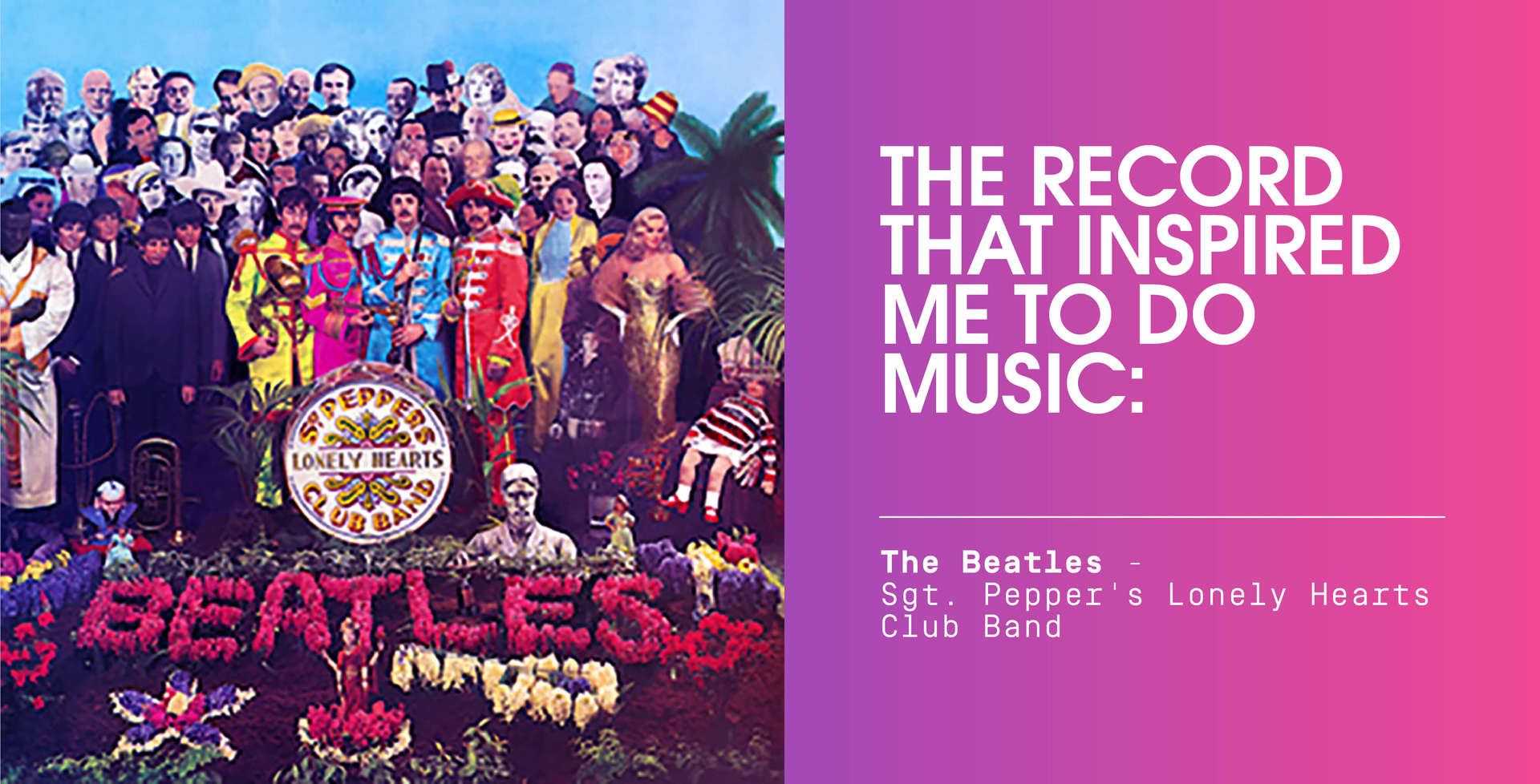 I remember enjoying this record as a kid locking myself up in my room before my afternoon nap listening to it in its entirety and daydreaming of being a performer and slowly drifting to sleep. really got me to want to make music early on in my life. 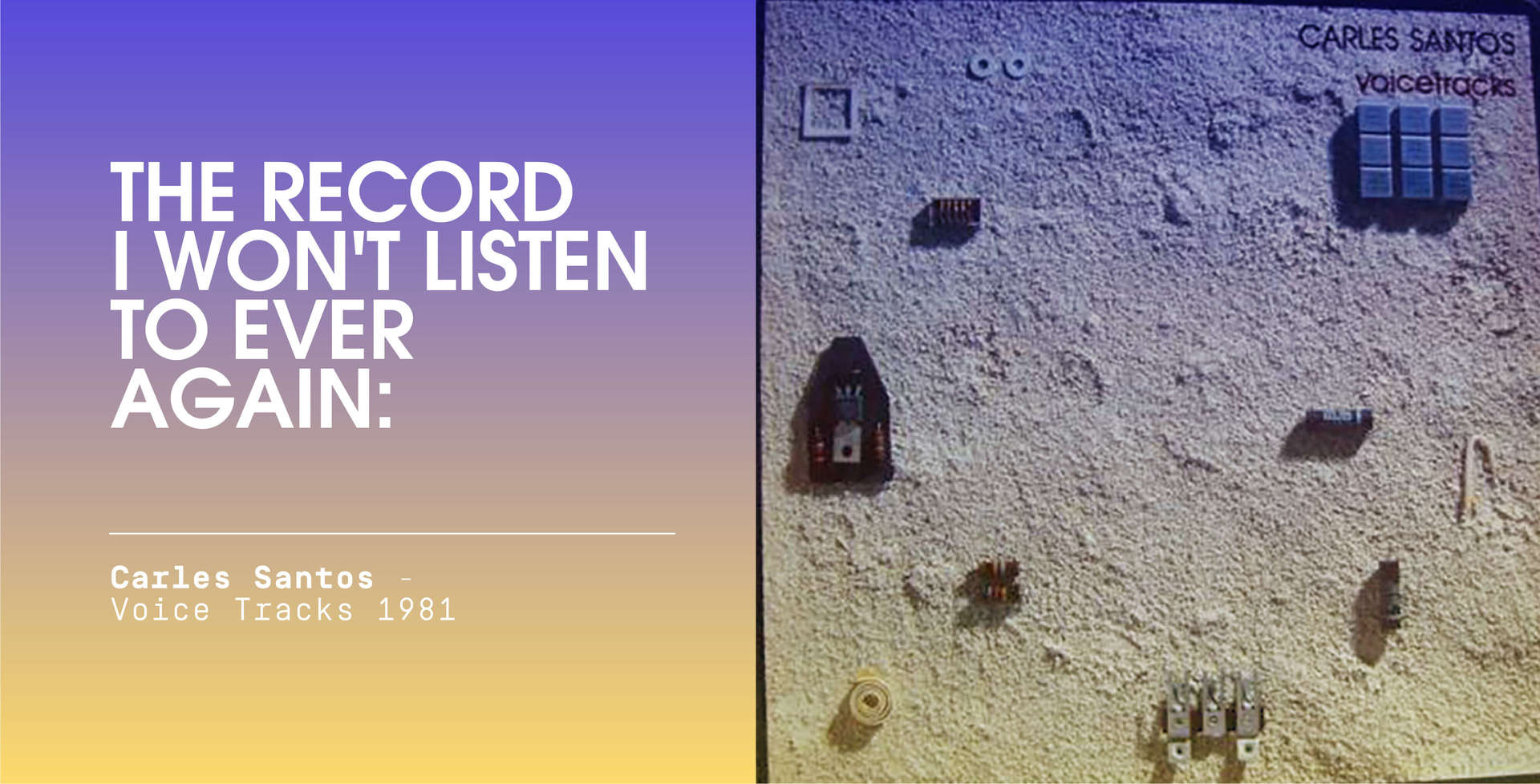 Found this when I was in high school digging for music. It's actually one of the few experimental releases of a classical pianist that caught my attention at the time. I thought it would be a record of him playing the piano but to my surprise, it's just a series of vocalization exercises he recorded prior to practicing the piano - as I've learned the said artists started moving towards thought provoking avant garde performance pieces. Though this is very interesting, it isn't really something I'd listen to over and over again. 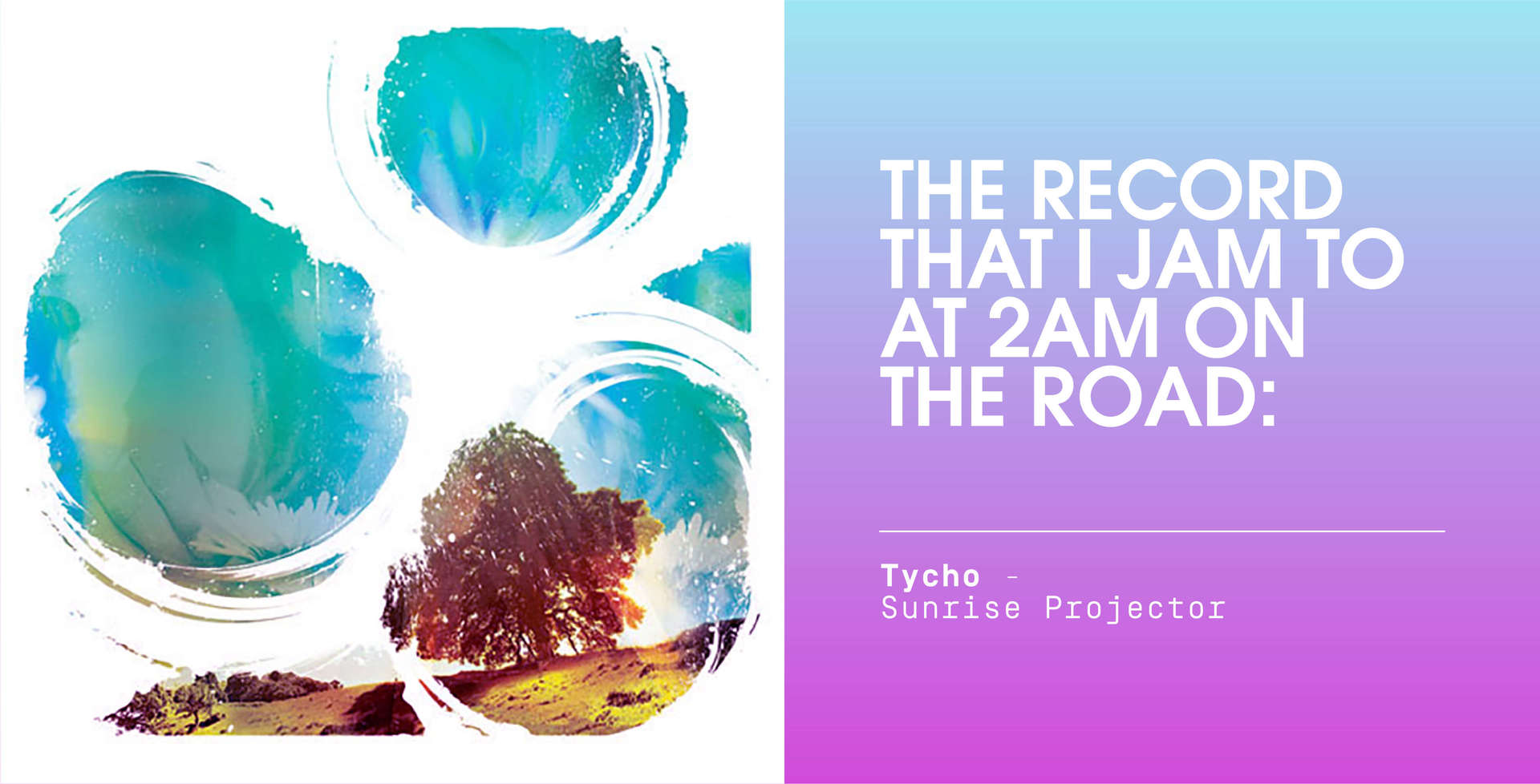 Tycho’s Sunrise Projector was a record that I used to frequent in my college days and this will always remind me of my post-party moments and quiet car rides on my way home from shows or late nights with friends. 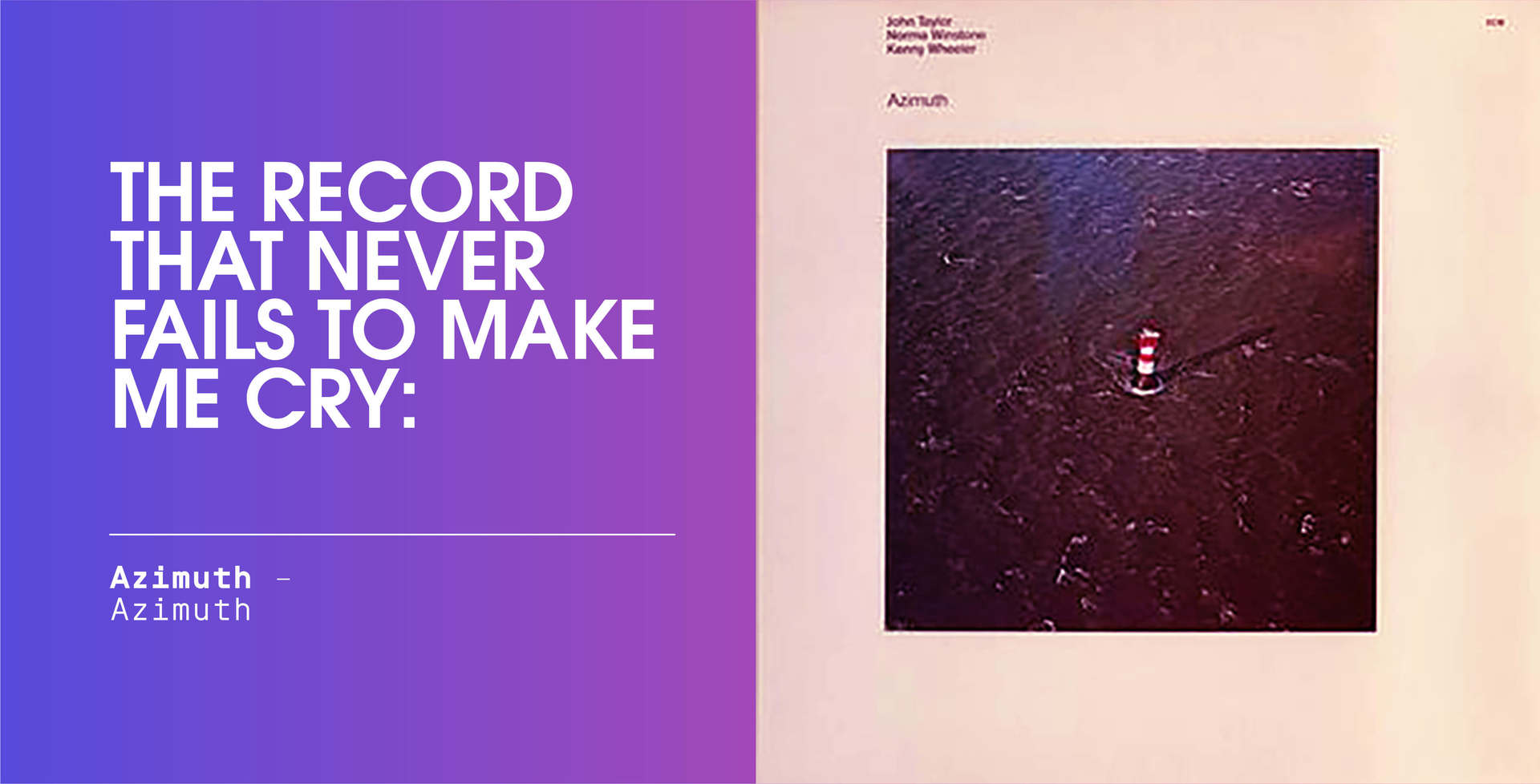 A specific song in this record called "The Tunnel" always pushes me to ponder on the nature of life and being. a powerful tune that carries a certain free-ness and sentimentality to it. Gives me goosebumps every time. 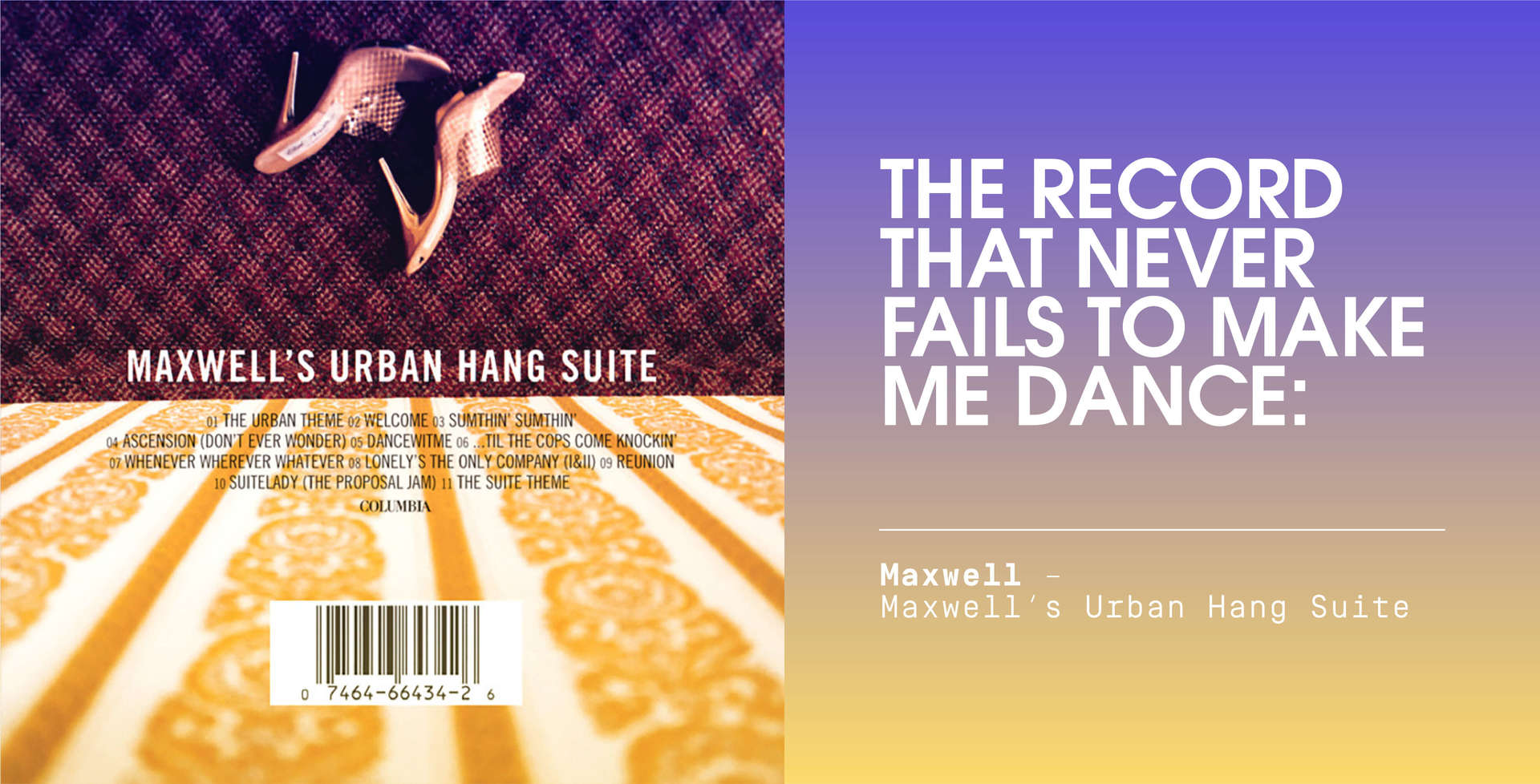 Urban Hang Suite is a good example of a record that always gets me groovin. my parents always tuned to this one radio station 105.1 crossover so I was always listening to these playlists that had a mix of smooth jazz, r&b and soul. This record reminded me of Patrice Rushen, Stevie Wonder, Prince and Michael Jackson (my older brother and I used to really get down to MJ). I guess this is why this record got stuck on me it brought together a lot of things I used to love as a kid growing up. 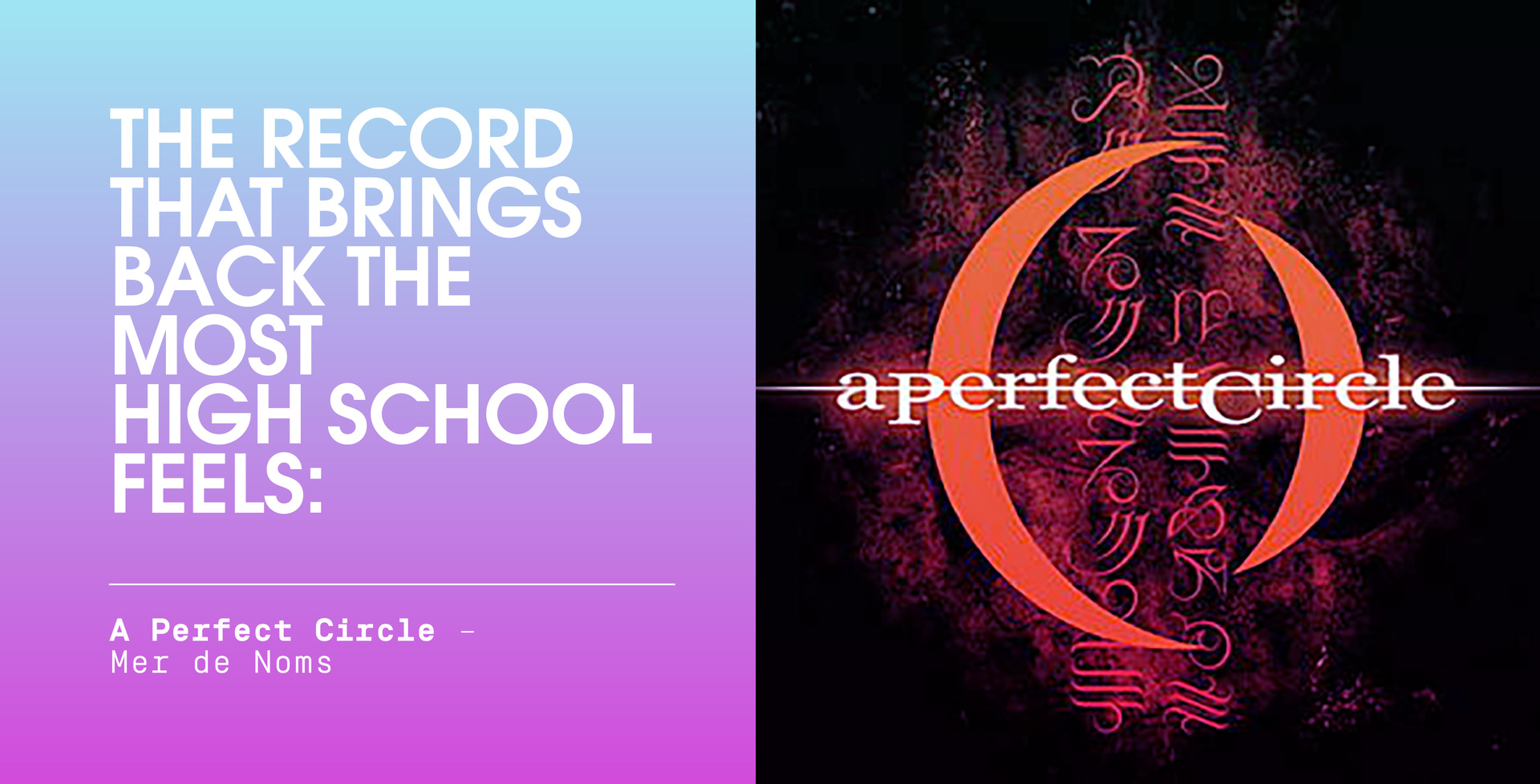 I was a huge emo and punk kid back then for the most part but not a lot of people really got to hear about how much i loved APC. I was a huge fan of James Maynard Keenan (also from Tool) because these songs always gave me the satisfaction I was looking for to dampen my teen angst and I really got to purge a lot of my emotions to this record on long commutes or during my down time just listening on my portable mp3 players. I also had such a good time looking up the song meanings. 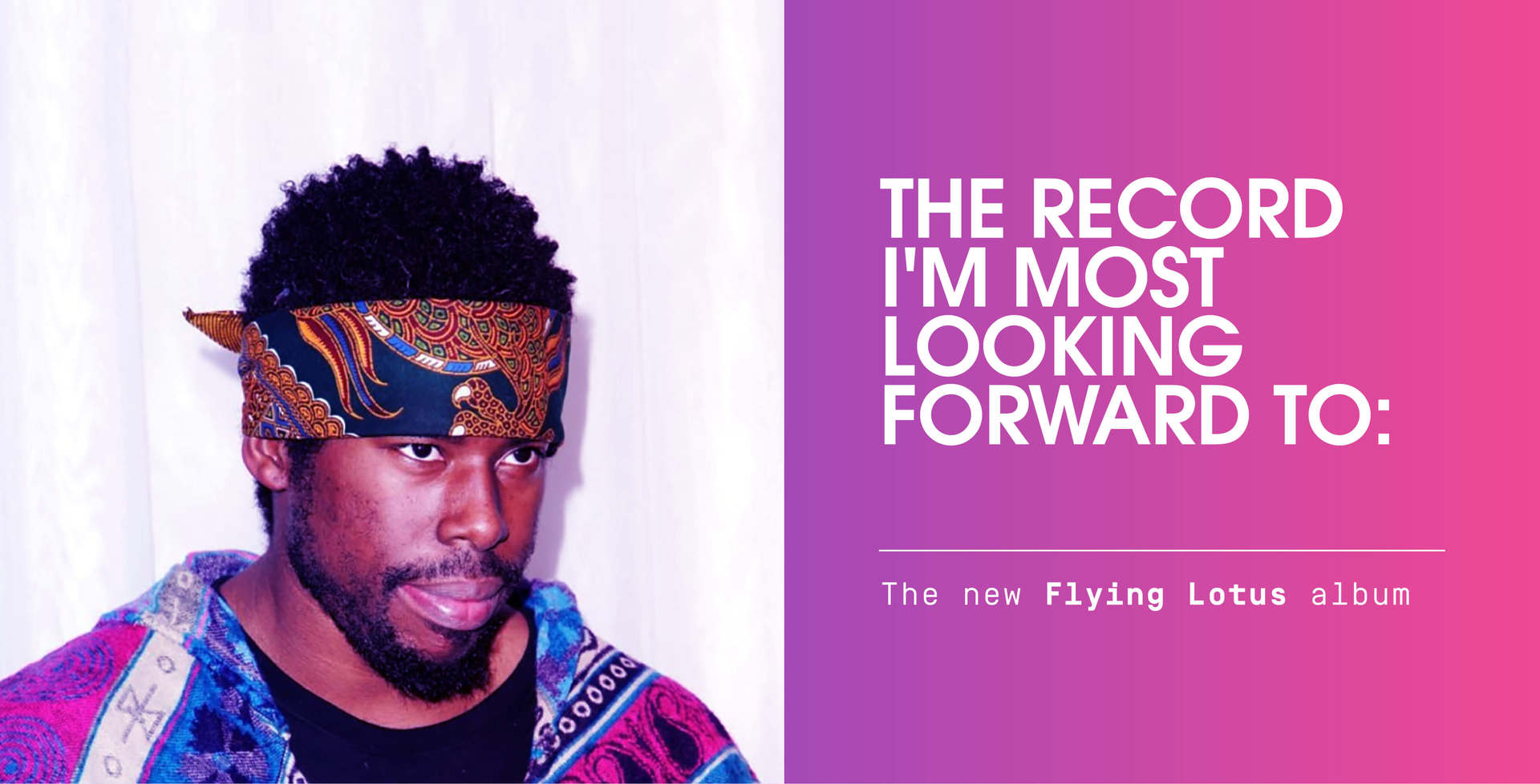 Stoked to hear the new Fly Lo more than anything. I've always been a strong follower of Flying Lotus' releases and everything he's released so far has really found a place within me. Really curious what the next release after 'Youre Dead!' would sound like. 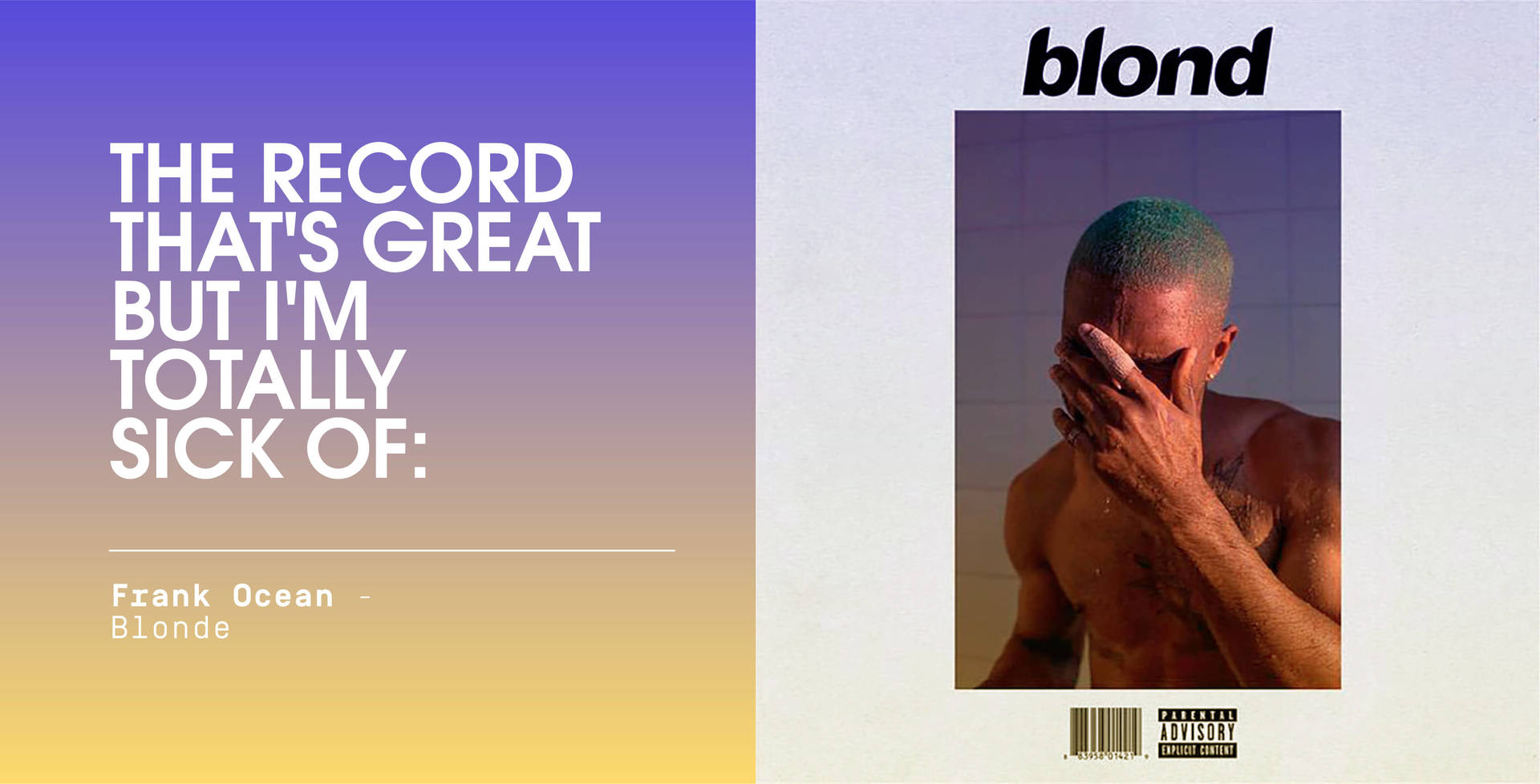 I really loved this record when it came out. It got me hooked for a few weeks but I just suddenly lost interest after a bit. It's a dope record but maybe it's just me and my attention span. 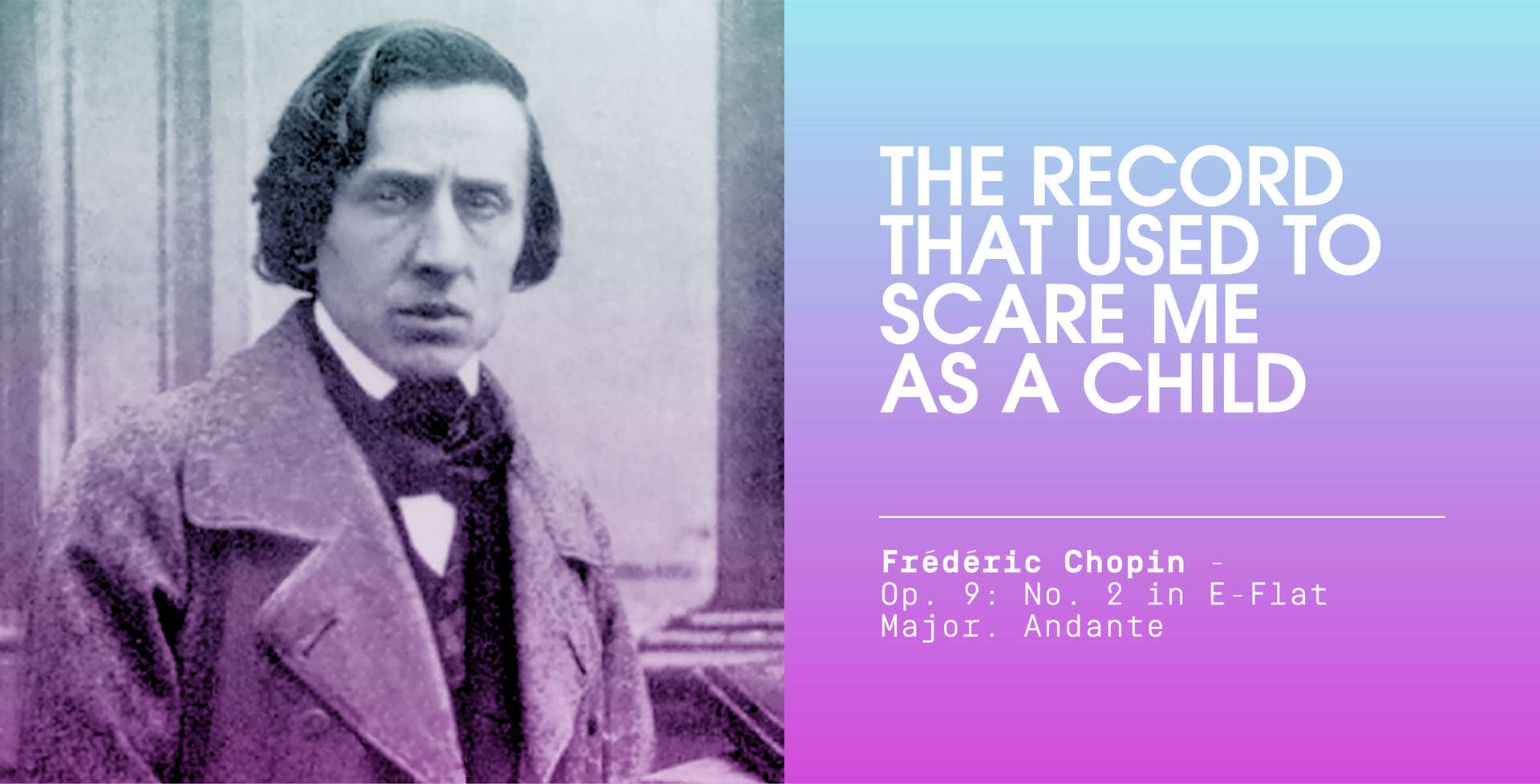 I used to sleep in my parent's room a lot and my mom loves watching horror or sci fi flicks. There was this one horror movie that featured a headless person playing the piano to this piece and it always scared me to hear this piece even years after. 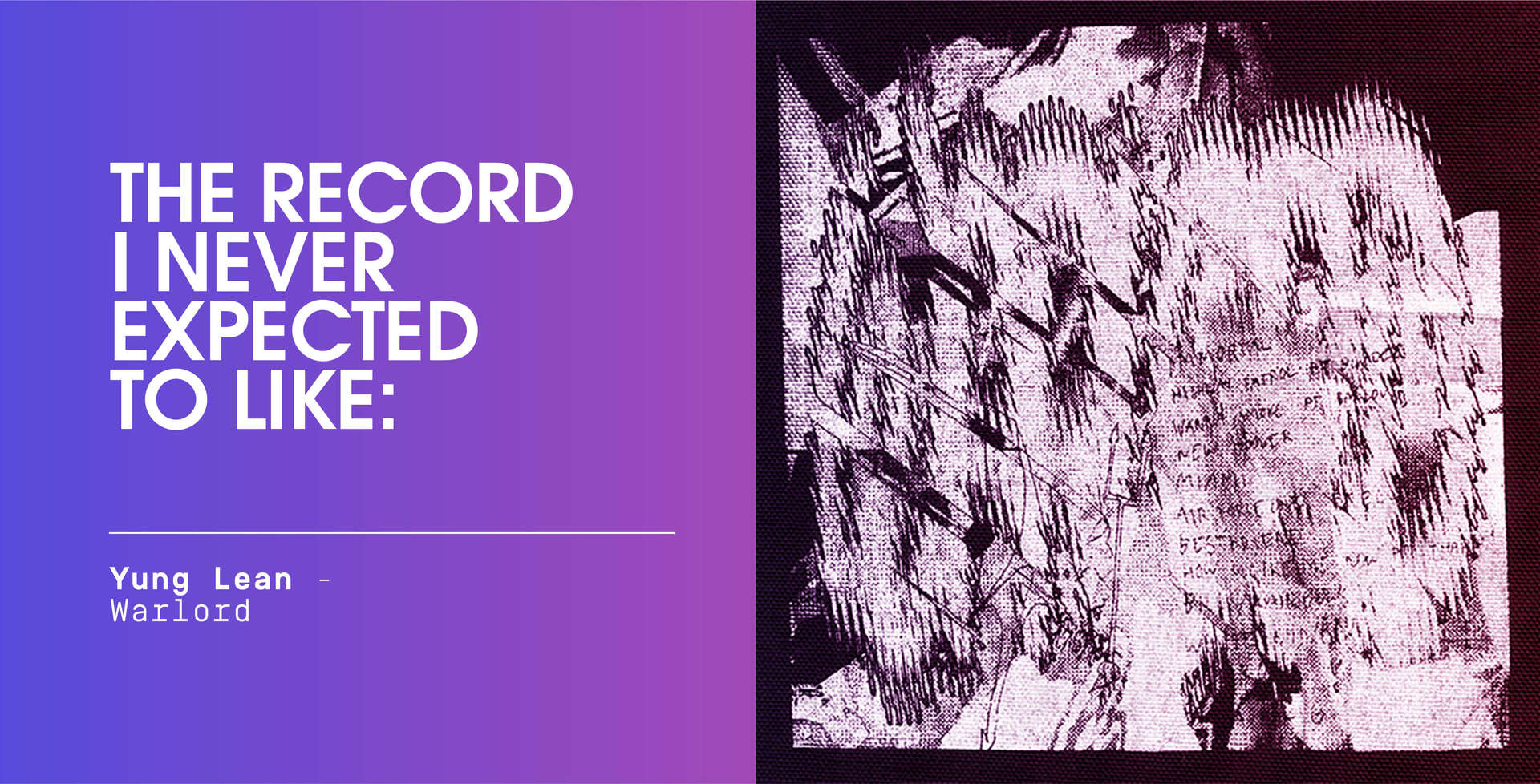 I didnt always like Yung Lean but his music grew on me. I think what I liked the most about him is that he pushes his music regardless of all the crazy things that's been happening to him ironically brought about by his music too. His earlier stuff was pretty funny for me and I just liked it on a surface level but as I digged deeper into his own personal stories, I started to understand his music more and more. Yung Lean gives hope to people who aren't scared to just be themselves. and I dig that a lot about him. He's definitely something else. 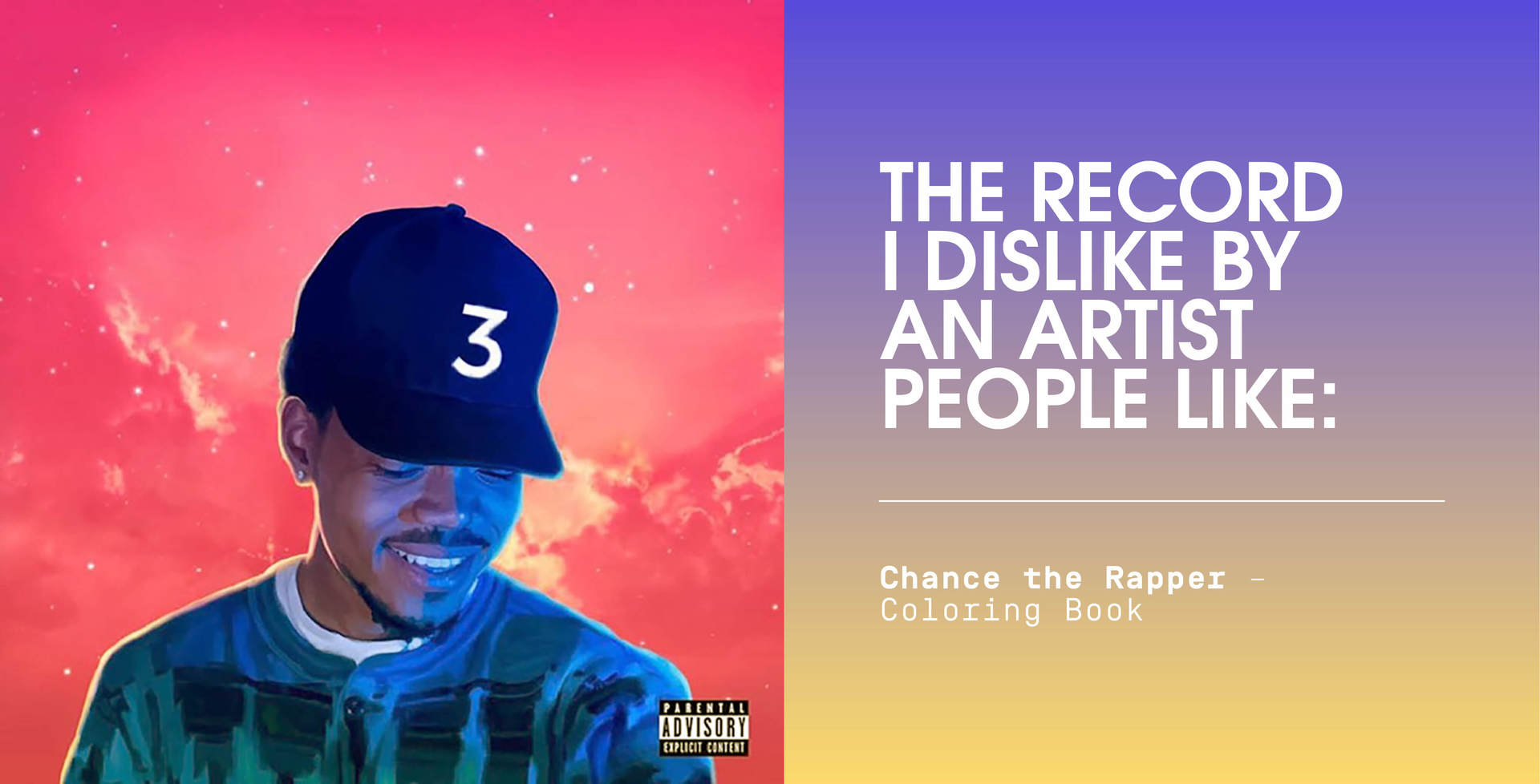 No offense but Chance the Rapper just was never my cup of tea. I just feel like whenever I listen to this it just never engages me enough to want to listen. Weirdly enough it doesn't make me feel anything. Then again maybe thats just me. 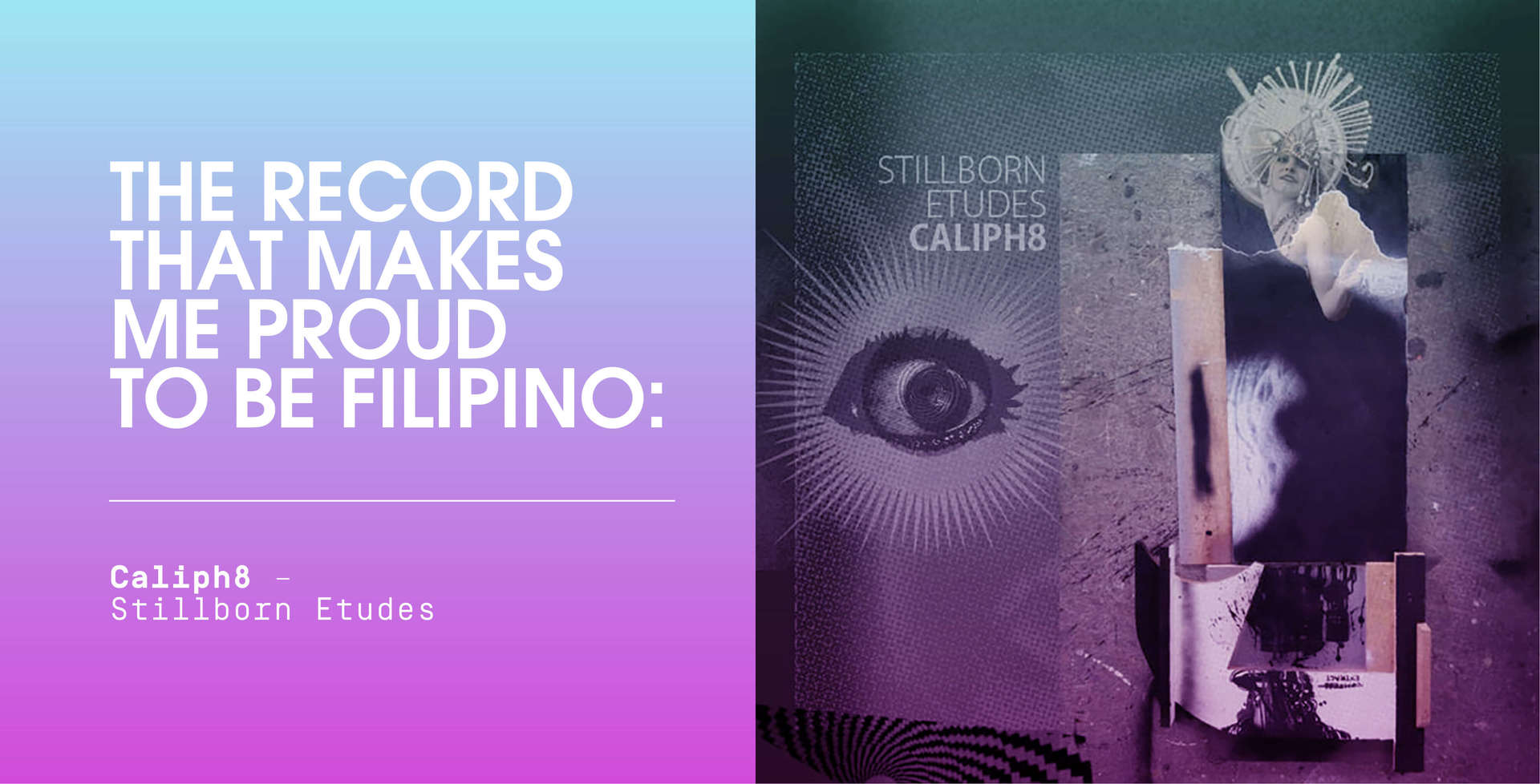 Caliph8 is a huge inspiration. I grew up following his music on Myspace and later on catching his live shows around the metro. Back then he was hosting a night called "Subflex" which was considered Manila's best kept secret. His music is a mutation of styles, constantly summing and morphing different periods of time together to come up with something entirely his. The effect I get from his music and philosophy really inspires me to see beyond everything going on in society. 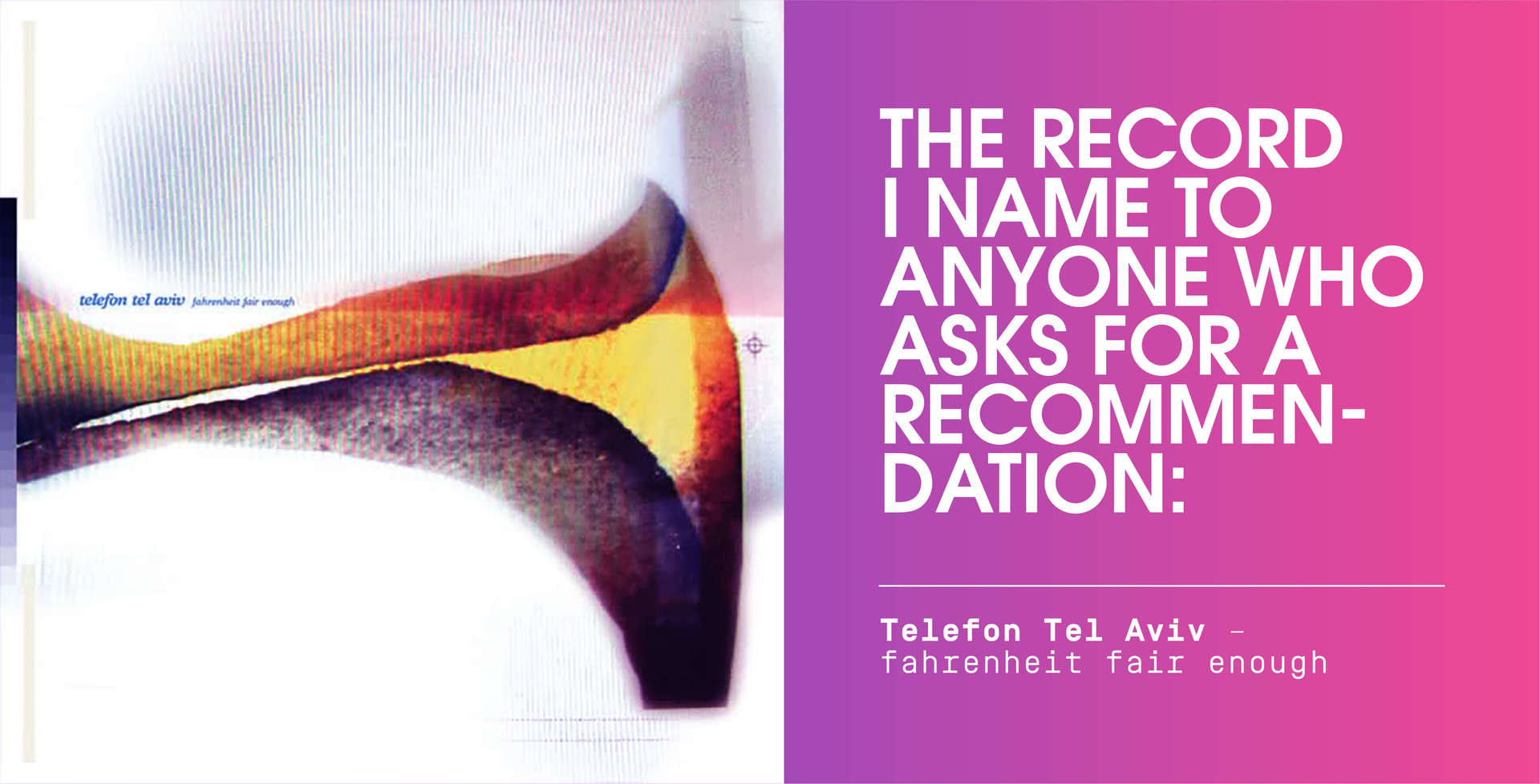 One of the records that I really hold close to my heart. Fell in love with this record the first time I heard it and I always still feel the same way about it every time I hear it. It has this permanent effect on me and maybe why I always recommend it to people. Almost feels like it speaks the language of my soul. 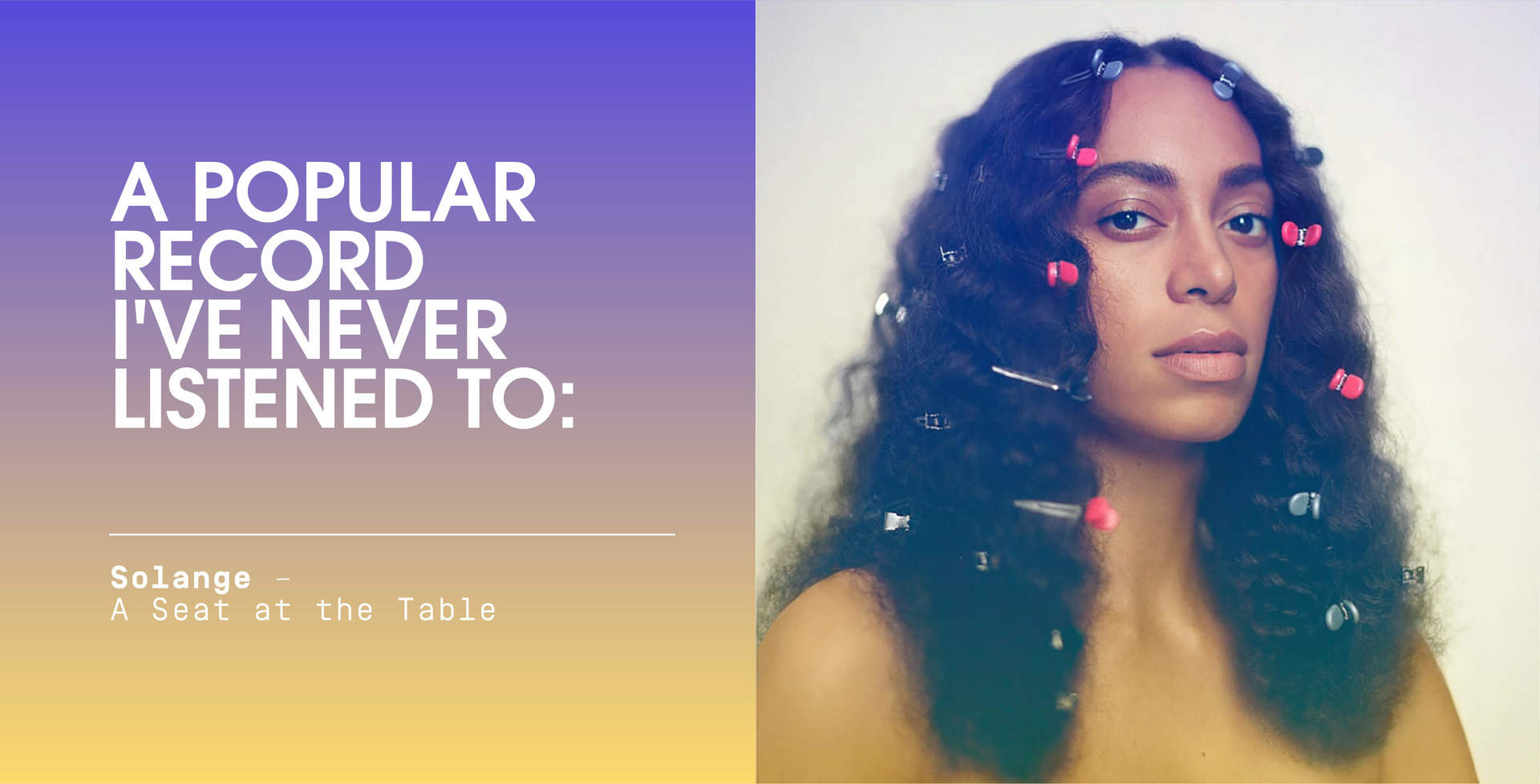 There was a time last year when everyone was raving about this record but I was probably in my own world that time. I just never felt the need to get on it you know? Maybe when i feel like it. 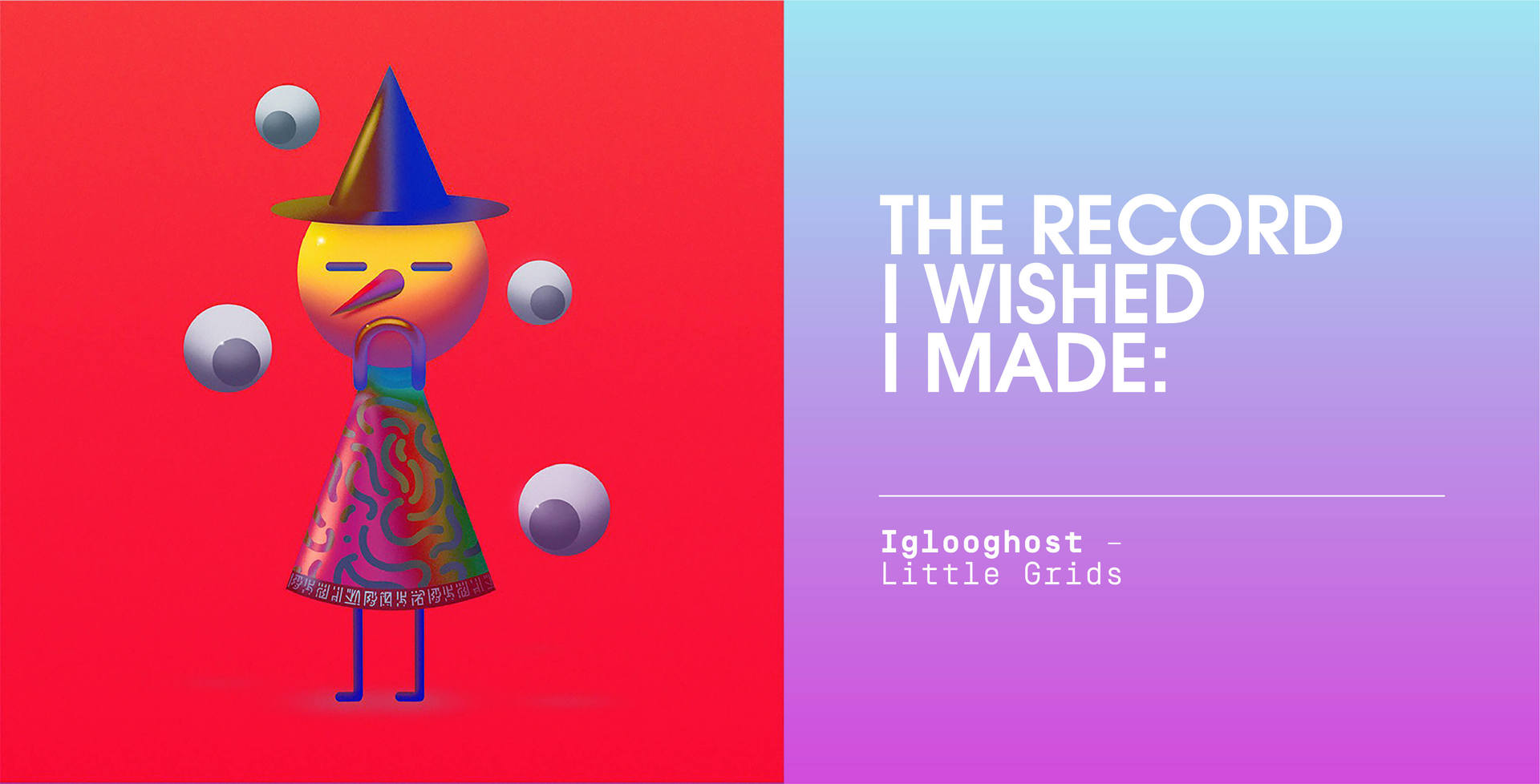 Hyperactive, lush and bright at the same time. This record is like some textural rainbow crack. I love how there's so much going on in this record but I always here something new with each listen. And it's got sprinkles of everything I love about music. This is definitely on some next shit.

Goethe-Institut presents CLASSICAL X ELECTRO on February 9 at the University of Santo Tomas.