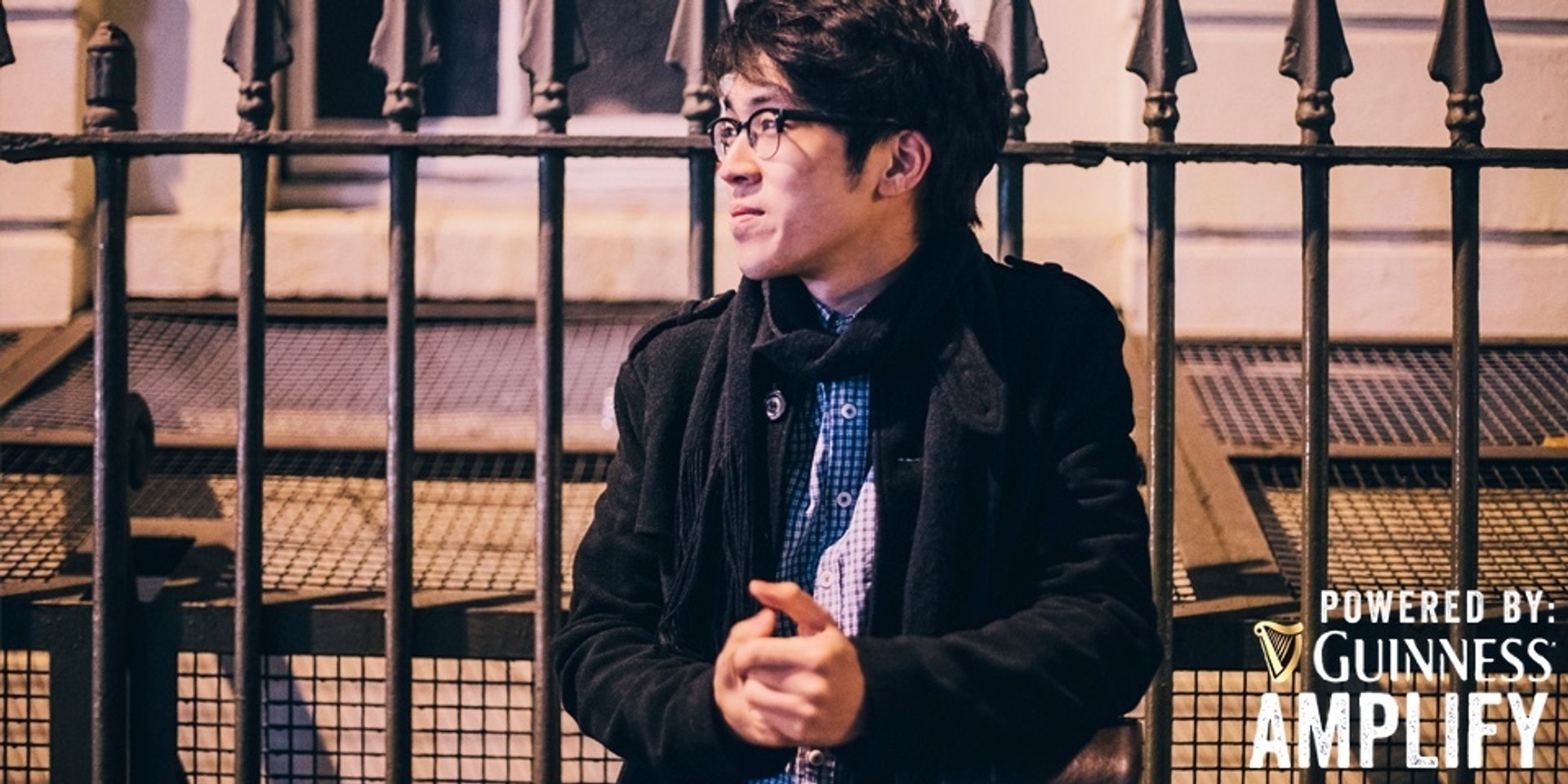 “Lately Iʼve been sleeping alone on my own again / Just me in an empty room on a single bed / Iʼve been trying all this time just to see / All the reasons you had given just to leave.” It may seem awfully simple to be a singer-songwriter and wear your heart on your sleeve. But look at people like Joni Mitchell or Neil Young, artists with their confessional nature gently balancing on the line that separates fine songwriting and awfully excessive naval gazing — the latter which, as far as we go for all aspiring singer-songwriters out there, is a pitfall that's easy to be trapped in.

Writing about yourself for an audience requires you to bare it all but at the same time, keep them captivated in your own misdeeds in the simple hope of getting them to relate. Just like countless social blogs and the “influencers” behind them, a lot of people miss the point of the subtlety and nuance of writing about themselves — but Charlie Lim gets it.

Charlie excavates hurtful memories and transforms them into intriguing, sonically moody songs. The journey which he embarks in his career, at least the journey that we see, may just be more than a prolonged exorcism of past and present demons. Rather, it tells of a Singaporean musician hungry to better himself with every effort — the process of constant improvement, an affair that can prove frightfully challenging. “Most of the time it can be quite a lonely and frustrating process.” Charlie says.

“Unless you’re trying to write formulaic pop hits, there’s no assembly manual to crafting a good song, let alone creating something that transcends the usual clutter out there. But I guess I’ve been trying my best to hang on, and just chasing whatever thread of inspiration I can find and build upon that.”

As far as the conversation for “local talent” goes, the name Charlie Lim is hard to avoid. Ever since releasing his self-titled EP back in 2011, he has enjoyed a string of successful gigs around Singapore, culminating in two sold-out shows at Esplanade Studio during Mosaic Music Festival’s final run in 2014 — a festival that prided itself in producing quality shows by primarily burgeoning and established international acts.

What that show symbolised, perhaps in the grand scheme of the local music scene’s narrative, was complete confidence in someone who spent much of his life as a musician in Singapore. Not many musicians, let alone individuals, can attest to that. This confidence has been propelled even further, with prominent spots in upcoming festivals The Gathering and Sing Jazz — two festivals that target considerably different audiences.

The fact that he was selected for these two events show two sides of Charlie that form this synergetic polarity: his millennial lovelorn tales that would appeal with a Belle & Sebastian-obsessed crowd while his musical prowess, backed by a talented band named The Mothership, is enough to earn him a spot on a virtuoso mega-lineup like Sing Jazz’s. 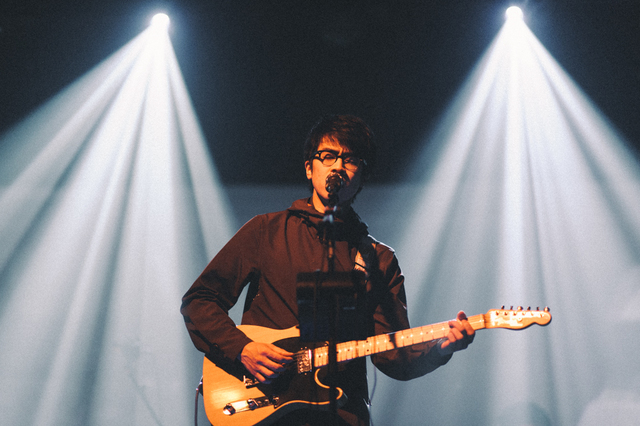 With all this, duality appears to be a recurring theme in Charlie Lim's career. Other than the fact that his upcoming project is a double EP called Time and Space, he also divides his time between Singapore and Melbourne, Australia. “I know I get complacent if I stay put in one place for too long, so I think shuttling back and forth does help a lot in terms of getting new perspectives.” he admits. “I suppose it’s also a nice balance of change with a sense of familiarity, but you also get that constant tension of missing wherever you are not.”

“I’m definitely not an optimist which is strange because doing music from such a young age, for me it was the most natural thing to do. I couldn’t do anything else that I thought could work...”

Being a musician in Singapore has proven to be a challenging notion for many dreamers who simply want to get their music out there. For someone who’s alternated between two places throughout most of his life, it has earned Charlie an extrinsic view on Singapore’s general attitude towards making music. “The journey and constant struggle to ‘make it’, whatever your definition of that means, as a creative individual in Singaporean society is definitely something a lot of us mull over.” he says. “I think many of these issues we face today stem from the default problems we inherited as such a young, culturally-confused country, most of which we may not be able to see rectified or even accepted within our lifetime.”

Of course, possessing the kind of outwardly view of a place like Singapore doesn’t grant him the one-up in perspective as you might think. Charlie is like many of us — overflowing with self-doubt, probing his inner consciousness to find out if he has truly embarked on the right path. Topping the state of Victoria in Australia for music performance, joining the music and drama division in National Service, selling out shows in a celebrated music festival. It all points to a healthy and promising career in music but, like any Singaporean individual who grew into a rigid education system like ours, he constantly second-guesses himself.

“I’ve made the decision at such a young age to try this out and drop everything else. It sounds romantic but it's far from glamorous. It really does take its toll at times,” he admits. "What people see on the surface is hardly an accurate representation of what it really means to be a musician or songwriter trying to make sense of it all."

It’s a decision that he voluntarily opted for at a young age — for better or worse. “I’m definitely not an optimist which is strange because doing music from such a young age, for me it was the most natural thing to do. I couldn’t do anything else that I thought could work. I’m only driven to something if it gives me meaning or purpose, and music has allowed me to function at my best so far. That might change, given the circumstances, but I'm trying to follow this through." 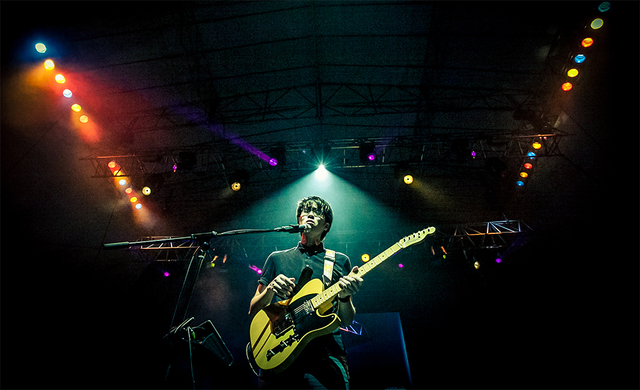 Charlie is currently busy recording Time & Space, a conceptual project which divides the songs by their styles. One is distinct in its electronic and R&B sound, informed by the contemporary and adventurous forms of pop music today. The other humbly harks back to his days of idolising singer-songwriters like Damien Rice and Jeff Buckley. Explaining the project, “The focus of Time revolves around the whole singer-songwriter thing, so I guess it’s a lot more folksy and narrative-driven, accompanied by more traditional instrumentation. Space will be a little less linear, and more about experimenting with electronic beats, synthesis, effects and sample-based music.”

His willingness to experiment is something Charlie proudly bears, coupled with his knack for perfectionism. About the progress of Time and Space, “I’d say we’re about 70% there now, but you never know. I’ve actually trashed a lot of material while trying to refine the tunes that work.”

As for his influences, he’s generally active in seeking out new sounds but never considered it to be a conscious thing. “You like what you like, you know. When you gravitate strongly towards a few particular artists then they inevitably become the gateway drug to their own contemporaries or predecessors.” he says. As a musician, he firmly believes it’s a good quality to have. “It then becomes your responsibility to do the homework and climb the family tree and try to learn whatever they have to offer as well. It can be a little daunting when there’s so much new music out there, but it’s ultimately a good problem to have because it’ll just expand your palette.”

Charlie is looking into studying music production, a profession he thinks is barely represented in our music scene. He also feels it might be a refreshing change from always being the frontman in the spotlight, as he’s beginning to warm up towards the side of being a mentor figure.

“It’s tiring being stuck in your own head all the time, so you’ve always got to anchor yourself to a higher purpose. And in most cases it revolves around the community. There are so many great up-and-coming bands and singer-songwriters lately, it’s actually been really inspiring for me," he muses. "But I think we have a serious lack of producers here, and that’s a skill set I would love to hone a bit more over the next few years and hopefully will be able to contribute more in that capacity."

He also challenges any starry-eyed musician wanting to start out. “Figure out your expectations and what success means to you. Work on your craft before worrying about your marketing campaign.” 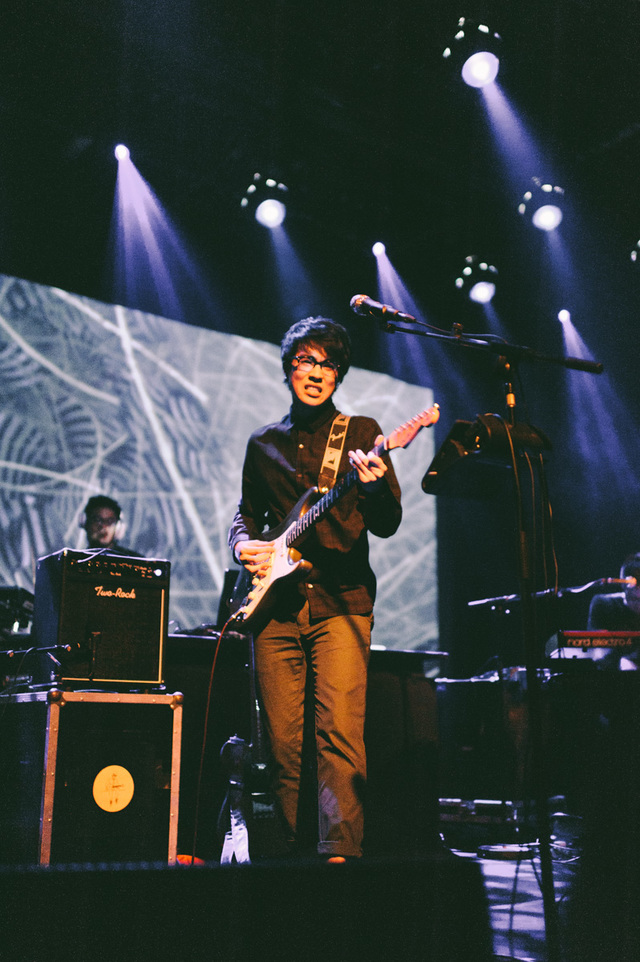 You could read into Charlie’s journey as an all too familiar tragedy of someone who realised this may not be his future, possibly on the brink of packing it in and shutting the studio door for good — bogged down by the cynicism of it all. But it’s also a healthy reminder to remember that we’re not in the most healthy environment for original and engaging art — far from it — which makes individuals like Charlie all the more astonishing.

Self-doubt is an intrinsically human quality which mercilessly gets the best of us but so far, at least on the outside, he has done a pretty swell job keeping it all in and placing his art as his ultimate priority. He’s not planning on calling it a day anytime soon, or even ever. “I don’t think I would ever quit playing music, it’s just a matter of scaling up or down depending on the circumstances.” Like many artists, this is merely a snapshot of where Charlie is, at least in his headspace. Where he goes to from here is all up in the air. “I’m probably doubting myself right now. I should stop, right?” Don’t ever stop. That means you, too.