Once upon a time, trains were actually rapid, dependable and the epitome of modern society. Of course, we all know it is now a thing of the past – but last Sunday night at the Marina Bay Sands Grand Theatre, a 2000-strong crowd saw a reprise of old-school reliability, in the form of two hours of solid good music by American pop-rock trio, Train. 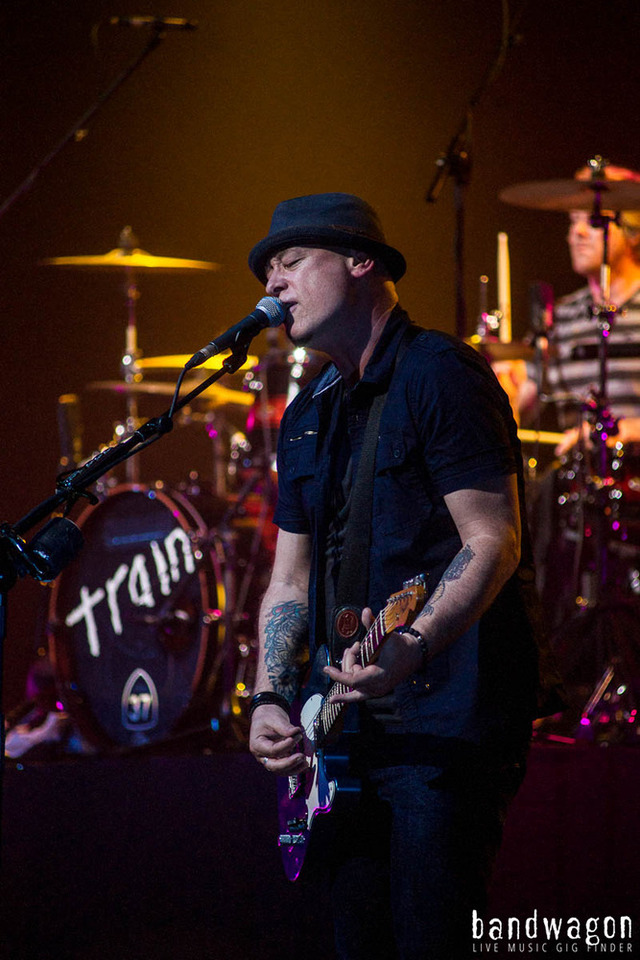 Since 1998, the band has released up to six highly successful albums, with the most recent album, California 37, early this year. Looking at them, it’s hard to believe more than a decade has passed since their multiplatinum single, Drops of Jupiter. Patrick Monahan (vocals) is as suave as my teenage girl memory can recall. Donning a casual black V-neck with a silver dog tag necklace, he opened the set with scruffy bravado before launching into first song '50 Ways to Say Goodbye'; a dance-contagious number armed to the teeth with pop choruses and speedy strums. 'This’ll Be My Year' warmed the audience and by the third song seats were promptly abandoned – along with reservations about dancing.

Train maintains their expert command of music and the stage. Monahan is a crowd-darling, and he wastes no time scattering goodies to the audience as early as the opening act. There were band t-shirts, drum covers, guitar (yes they gave out a freaking GUITAR!), handshakes and autographs on whatever surfaces you wanted (one fan offered her arm). At one point, Monahan whipped out his iPhone and told fans to pose for his next tweet post – to which screaming fans happily craned their necks for a chance to be on his tweet.

Scott Underwood (drums) flaunted his drumming skills in a flaming techno-beat solo whilst Jimmy Stafford stole the limelight in strum-heavy tunes like 'Mermaid' and 'Save Me San Francisco', and unplugged ballads like 'Marry Me' and 'You Can Finally Meet My Mom'. 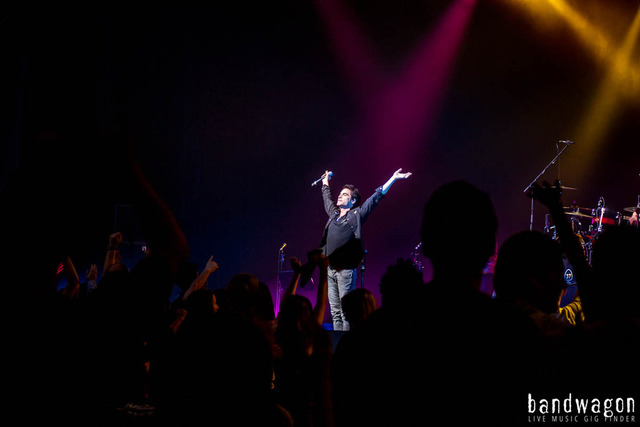 The core trio was supported by a delightful medley of instrument-fest from keyboards to trumpets to the ukulele. The band has clearly evolved over the years, and their latest album is a culmination of their experimental sound adventures following the surprise success of 'Hey Soul Sister'. Still, Train retains their rock roots. The concoction is a psychedelic blend of lyrical bounce and rock nostalgia that was enthusiastically lapped up by the charmingly diverse audience. There was young and old; male and female; Asian and Ang Moh and everything in between. What a crowd!

For a band that has been around since the 90’s, Train is impressive so far. And although some might say they have been slogging in the shadows of the omnipresent 'Drops of Jupiter' album since 2001, Sunday night proved otherwise. Closing the night with recent superheats 'Drive By' and 'California 37', the theatre thundered with toe-tapping crowd sing-a-longs to both songs. When at last the time came for the long-awaited illustrious song about the girl with drops of Jupiter in her hair, 2000 voices broke out in chorus harmony. Looks like this train ride isn’t stopping anytime soon… So if you’re looking for a reliable ride, it’s not too late to grab your express ticket to music bliss. 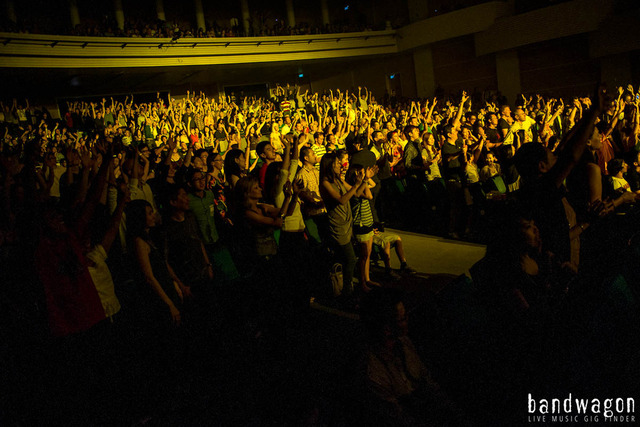