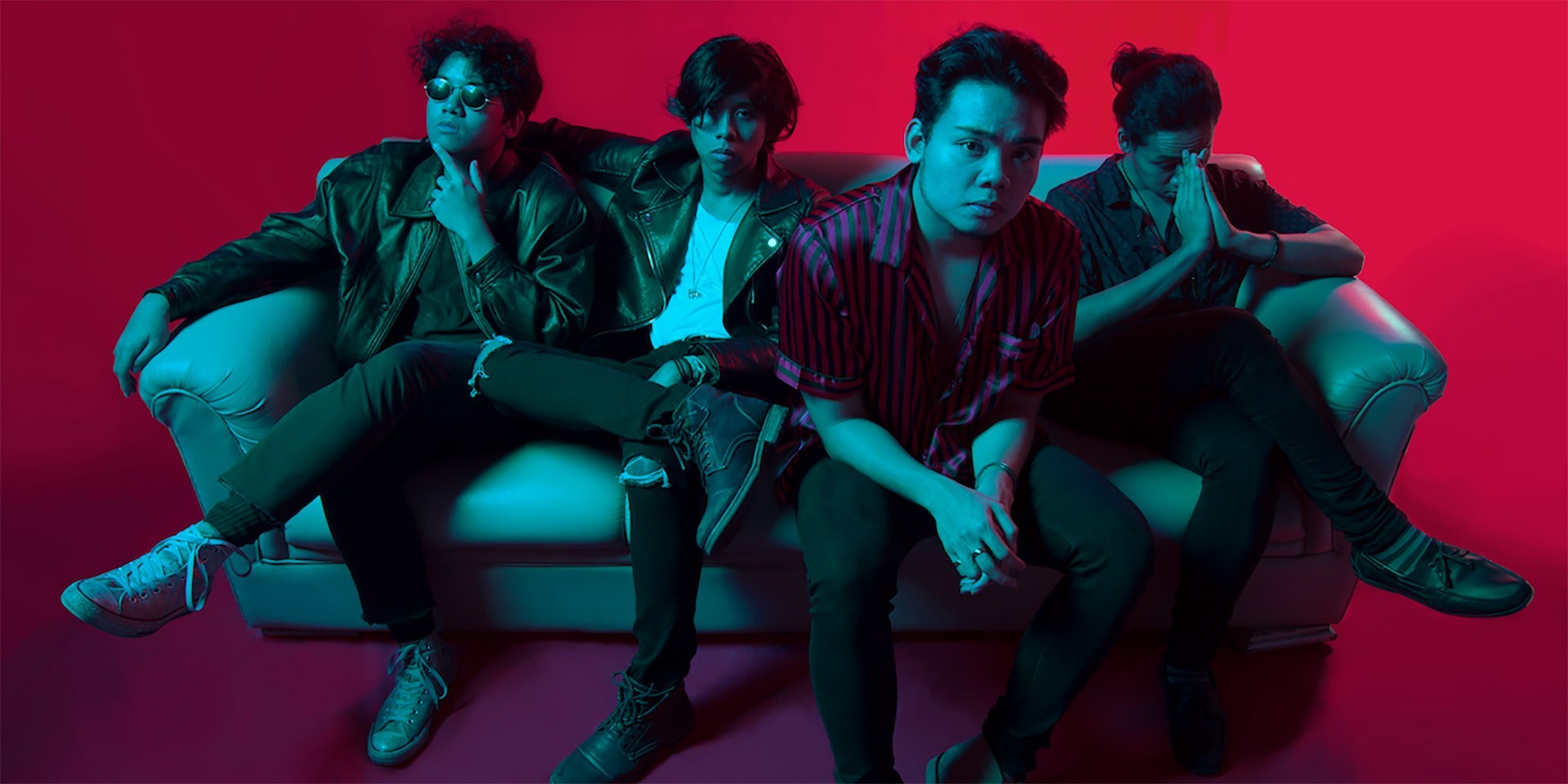 When teasers for The Eternity Between Seconds first came out, people immediately yearned to see Yeng Constantino and TJ Trinidad onscreen. Coincidentally, when One Click Straight began unveiling tracks off their upcoming debut record, fans went wild and supported their pre-album tour. Even if these Filipino artists come from different worlds, there's a little something that relates one of the Philippines' biggest pop superstars and a seasoned actor to a synth-pop quartet that dons leather jackets and skinny jeans.

As Swavesound Music, an audio-post and music production company based in Manila, One Click Straight bring emotions to life, hitting the sonic sweetspot of the CineFilipino 2018 audience who came out to see the award-winning film The Eternity Between Seconds.

Following the premiere of The Eternity Between Seconds, the members that comprise One Click Straight, Toffer Marquez (vocals/bass), Joel Cartera (guitar/percussions), Tim Marquez (drums), and Sam Marquez (guitar) spoke with Bandwagon about their experience working on the movie, the difference between writing music as a synth-pop band and film score composers, and how Swavesound Music came to be.

How did you get involved in this project?

Toffer: We saw an online post about the film and read that they were still in its pre-production stage. We emailed them our portfolio and asked if they’d like to work with us. After a few days, they responded and said they wanted to meet. After talking about the film in person, we knew this was  going to be an epic movie.

What was it like working with the team behind The Eternity Between Seconds?

Tim: Working with the team was great. Whenever we’d meet with the director, Sir Alec Figuracion, and  producer, Ms. Melai Entuna, we always had a good time talking about art, ideas, and concepts. It was really fun. This is the first full-length film that I scored, and I’m so blessed that they trusted us  and allowed me to explore with my music. The work was really collaborative, and we think the best works of art happen when great ideas collide.

Tell us about your contributions to the film. With Swavesound taking care of the score, did you also help put the OST together?

Toffer: Tim scored the film. He also wrote and recorded the OST, “Seconds.”

Tim: It’s a funny story actually. The team wanted me to make a score for the credits, but I was so  immersed in the film and my score started sounding like a song. So I asked them if I could make  a song instead and they said, “Go!” It was risky because I had to write, produce, and record the song due the next day. But you know, you got to live on the edge. I’m so overwhelmed that they  loved it and used it for the credits.

How did the story of the film help inspire you to write the score?

Tim: The film tackles the entity of time. When I finished reading the script and watching the rough cuts of the film, to me, the story really showed that there are things only time can tell. We are never in control of time. And with that, the idea of hours, minutes, and seconds—it all passes by, leaving us powerless to stop it. I tried to incorporate all these ideas and concepts into the music. 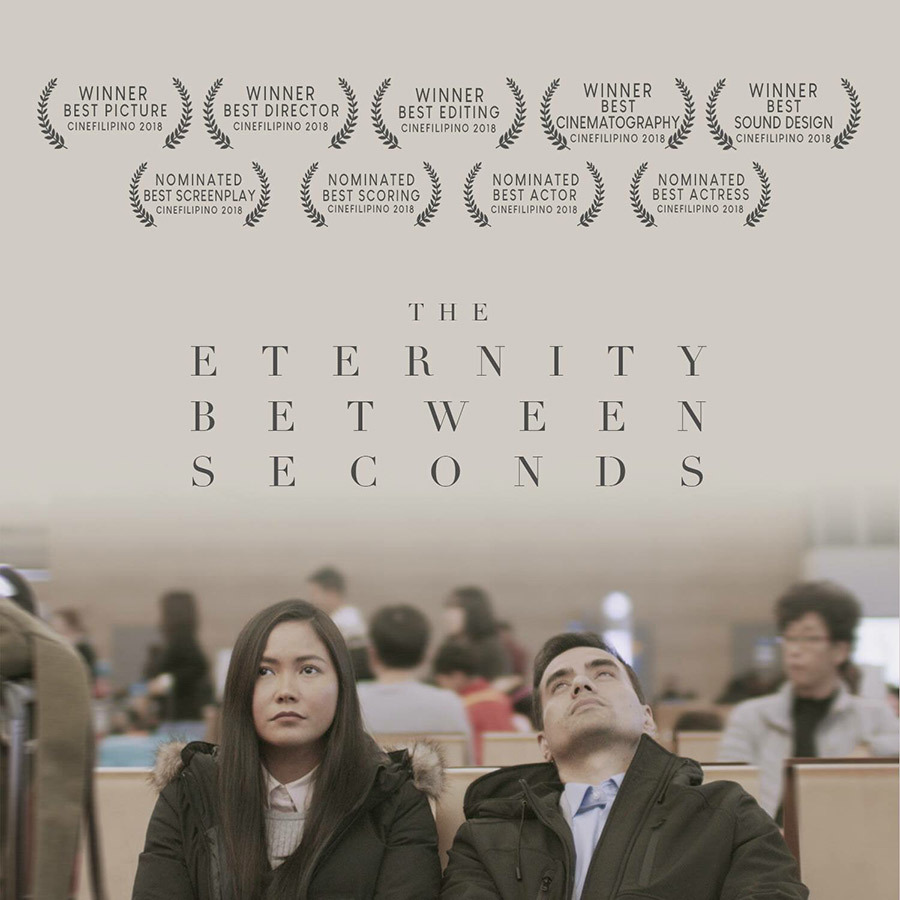 How different is it writing music for a movie than what you offer as One Click Straight?

Tim: I don’t think there was much of a difference making music for films and for the band. My  perspective on making music doesn’t really change. Music is making emotions come alive and making people feel and connect with the emotions you want to convey. For me, it’s the same but maybe it was just used for a different medium.

Tell us a little bit more about Swavesound.

What's the story behind the name "Swavesound"?

Sam: “I’ve always faced life in a focused yet breezy way. Growing up I always liked the concept of smooth and low contrasted sound. I gave myself the nickname, “Swavesam” during high school. Swave is pronounced like Wave with an S, instead of “Suave” like how most people say it.

What other projects has Swavesound worked on that Filipinos might be able to recognize?

Are you looking at more film projects in the future? Any titles you're allowed to share at this point?

Toffer: Definitely. Scoring films, composing, and creating music for advertisements will always be one of our favorite things to do—other than writing songs for One Click Straight. I can’t mention any titles at the moment, but we’ll keep you posted you through our social media pages for sure.

One Click Straight are currently wrapping up their debut album with tracks ready for mastering. The 4-piece act are looking to debut their next single, tentatively in July.