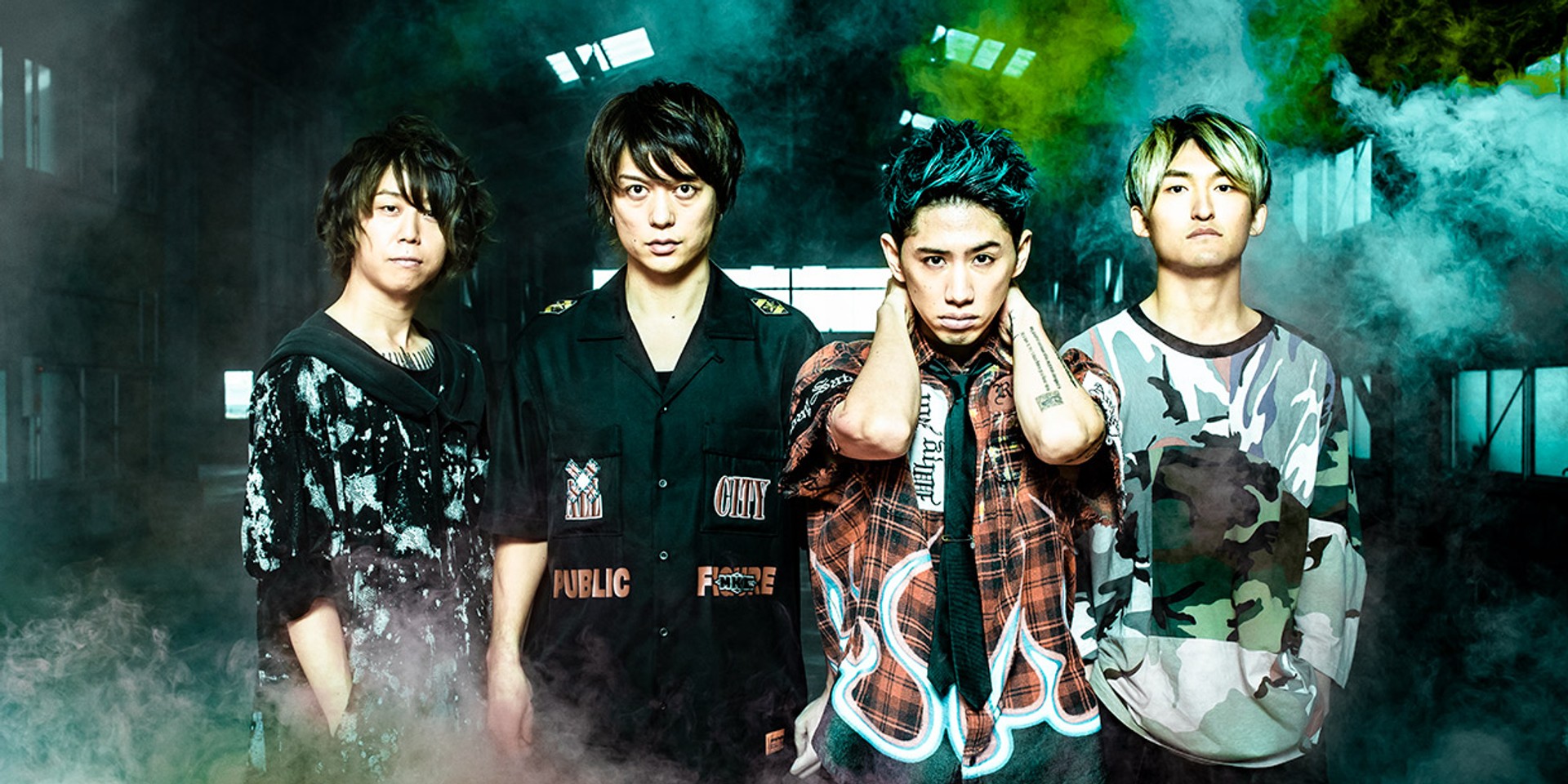 Formed in 2005, Japanese rock band ONE OK ROCK, consisting of Taka Moriuchi (vocals), Toru Yamashita (guitar), Ryota Kohama (bass) and Tomoya Kanki (drums), has undergone over a decade of transformation and evolution. Their decorated discography shows the hard-working attitude of the band, which plays a huge hand in their current international recognition. Having won several awards and accolades over the years, their most recent being Best Live Performance at the 2018 Rock Sound Awards, ONE OK ROCK is poised to take the international stage by storm.

On 26 April, ONE OK ROCK opened for the Singapore leg of pop icon Ed Sheeran’s Divide World Tour. Before the show, we sat down with the band to talk about their latest album, Eye of the Storm, fatherhood and being a rock band in today’s musical climate.

Taka: We met Ed Sheeran for the first time around four or five years ago in Japan. He was visiting Japan and we had a good conversation while hanging out and drinking, talking about music. And then we grew closer, and [the] tour started. It just happened and now I'm so happy to be working with Ed Sheeran right now. I want to show the Ed Sheeran crew Asian culture and Japanese culture. So, y'know, it just happened. But I'm so excited about this tour, and I'm also happy to be here.

What do you think has allowed you to integrate so well into English-speaking audiences, despite English not being your native language?

Taka: I think it's the musical power. When we went on tour for the first time in the United States, we knew no English and only could communicate through body language. It was tough, actually. But we love music and, also, ONE OK ROCK really wants to break into the world and reach fans from other countries. That's why we decided to go out and tour the world. So, I think it's the power of music, just the music.

Speaking of music, you guys have put out many albums over the years, and your latest one being Eye of the Storm. Can you bring me through the conceptualisation and the writing and recording processes of the album?

Hip-hop and dance music are so popular nowadays, what's it like to be in a rock band in 2019?

Taka: Rock music is, like, almost dead in the world. Pop is huge right now. But at the same time, we have to try. We are a rock band, even though we understand that the mainstream is all hip-hop and dance music. But we still want to continue being a rock band. Honestly, we don't know if this is the right thing to do, but I really want more people to know of the good that rock brings. Rock saved us. In this era, I'm not sure if we should continue doing this "rock band" thing, but we are not afraid and we want to continue doing this.

Over the years, as a rock band, your music has evolved drastically, you guys have grown up so much. Do you see yourselves putting out music that sounds more reminiscent of your older works sometime in the future?

Taka: Of course. Even though we produce different kinds of music, the music type does not change us. However, we are a rock band and we love rock, so we like to help the fanbase and we want to revive the rock scene. It's like a Bruno Mars thing, he made really pop albums, but it was actually pretty good, and after that, he went back to more of the black music and the funk music, which are pretty old styles but it's so cool. People are going to realise that the entrance into a music scene is very important.

Ryota and Tomoya, congratulations on both your marriages and your children. How has married life and fatherhood changed both of you?

Tomoya: I have totally changed. Once I have my kids, it's a totally different, new life. Kids are the centre of the new life. I've literally started a second life, my life is transformed. So, now I have the band life and the private life, there has to be a very clear distinction between the "on and off".

Ryota: Happy wife, happy life, family first! [laughs] Our tours usually last for one to two months, so I have to be away from home for months. My wife has to take care of my kid on her own, and it's very difficult for her. But I always want to give my 100% to my family as well as my work. When my kid grows up in about three to four years, I know I won't be as busy, I'm only really busy now, and I want to concentrate on helping the family. So, it's true that it is really tiring, however, I still want to do my best.

Do you miss your children when you're on tour?

Tomoya: In Japan, we had the Dome tour, and we could bring our families around. But now, unfortunately, we can't. Touring in Japan, we had like a holding room for the band, and next to it we had a family room where we set up the baby bed. So both our children could use the family room. Every time I see them, I think of how I'm getting old. [laughs] But now they're still very young, so hopefully, we can bring them on tour with us when they are a bit older.

What's next for ONE OK ROCK? You guys seem to be living the life and have so much going on, what are some hopes you have for the future?

Taka: We have many dreams still, and we really want to do headlining arena shows around the world. That's our first dream. So the first milestone is to tour Japan, [the] second one is in Asia, [the] third one is [in] Europe, and America is the last. It's tough. American tours are always super tough. We have to learn about American culture and also the American music scene. It's the biggest dream and the latest. That's the thing we want to do.

Speaking of playing shows, you have played Singapore a few times before. What has been your favourite experience here so far?

Toru: In Singapore, we always play the outdoor stages. It is really hot, the whole year round, and I can feel it directly because we are outdoors. I also feel that I can integrate with the audience, and I can see their facial expressions and reactions. So, every time I come here, I want to come back again.

Tomoya: I love to eat, this goes for Euro/US too but in Singapore, especially. I love the hot weather as well. But I really love all the food so far – Chilli crab, black pepper chicken, chicken rice, all are good!