So with the continuous stream of popularity that One Ok Rock is facing, especially in a current pop climate that's unkind to straightforward hard rock, it's clear that they exist in a realm where electric guitars, powerful choruses and outlandish stage theatrics reign — arena rock has never felt this immediate in a while.

Mixing in heavy metal, alternative rock, post-hardcore and emo in a strange yet familiar brew, One Ok Rock has garnered a sizeable fanbase in Singapore, let alone the entire world. Having played here twice — the most recent back in 2013 to a packed turnout at The Coliseum — the Japanese quartet will be returning, this time they'll be rocking a larger venue: our beloved Fort Canning Park.

The band will be performing at the venue on January 23 next year, as part of their world tour for 35xxxv, their latest record released back in February 2015. It marks the seventh studio album released by the prolific Japanese band, who also mark 10 years as a band this year. Tickets will be sold through Sistic on September 26. Ticket prices will also be revealed soon by promoter LAMC Productions.

Check out what we had to say when One Ok Rock performed at The Coliseum back in 2013. 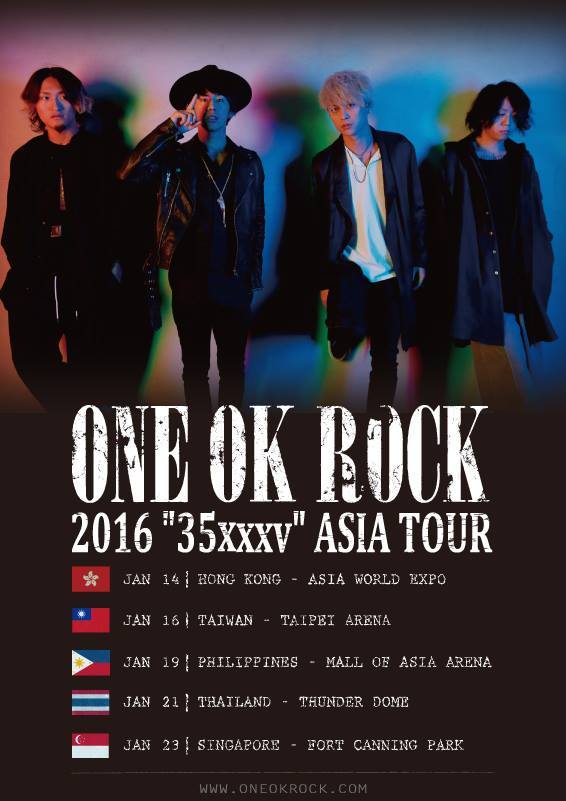