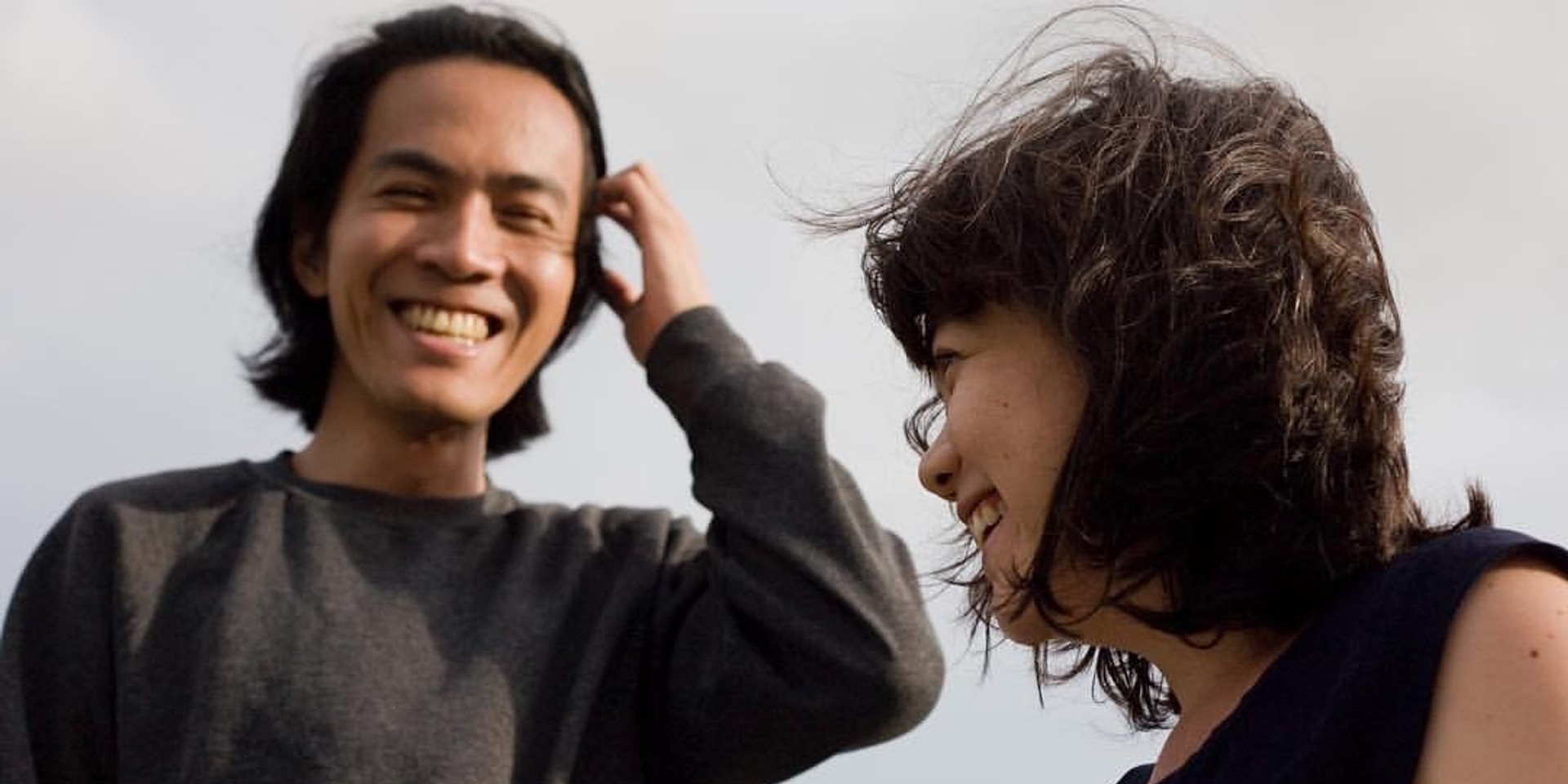 San Francisco- and Portland-based record label Shelflife Records (responsible for releases from The Radio Dept. and Acid House Kings, among others) will be releasing Outerhope's first single in four years, "Holiday." Along with B-side "Boarding Area," the single will be made available on Shelflife's website beginning March 31.

The track follows the loss of Micaela’s partner, the writer Luis Katigbak, composed in two separate parts during an extended six-month period. The persistent arpeggio and cosmic pulse allude to Katigbak’s future fiction, while the words recount grief as a fragmented act of remembering.

Michael’s cinematic approach in production employs synth-laden instrumentation that shifts between weightlessness and saturation, providing the backdrop for scenes that suggest indefinite timelines, people suspended between the real and the imagined, and encounters that may or may not have occurred.

Outerhope released "Holiday" on their bandcamp in February alongside a fifty-second reprise which they've used to soundtrack teaser video loops on their social media a week before the single's release. The sibling duo have recently returned to the gig rounds and are currently working on their third album, Vacation, which will "explore in-between places, love and death, memory and time."