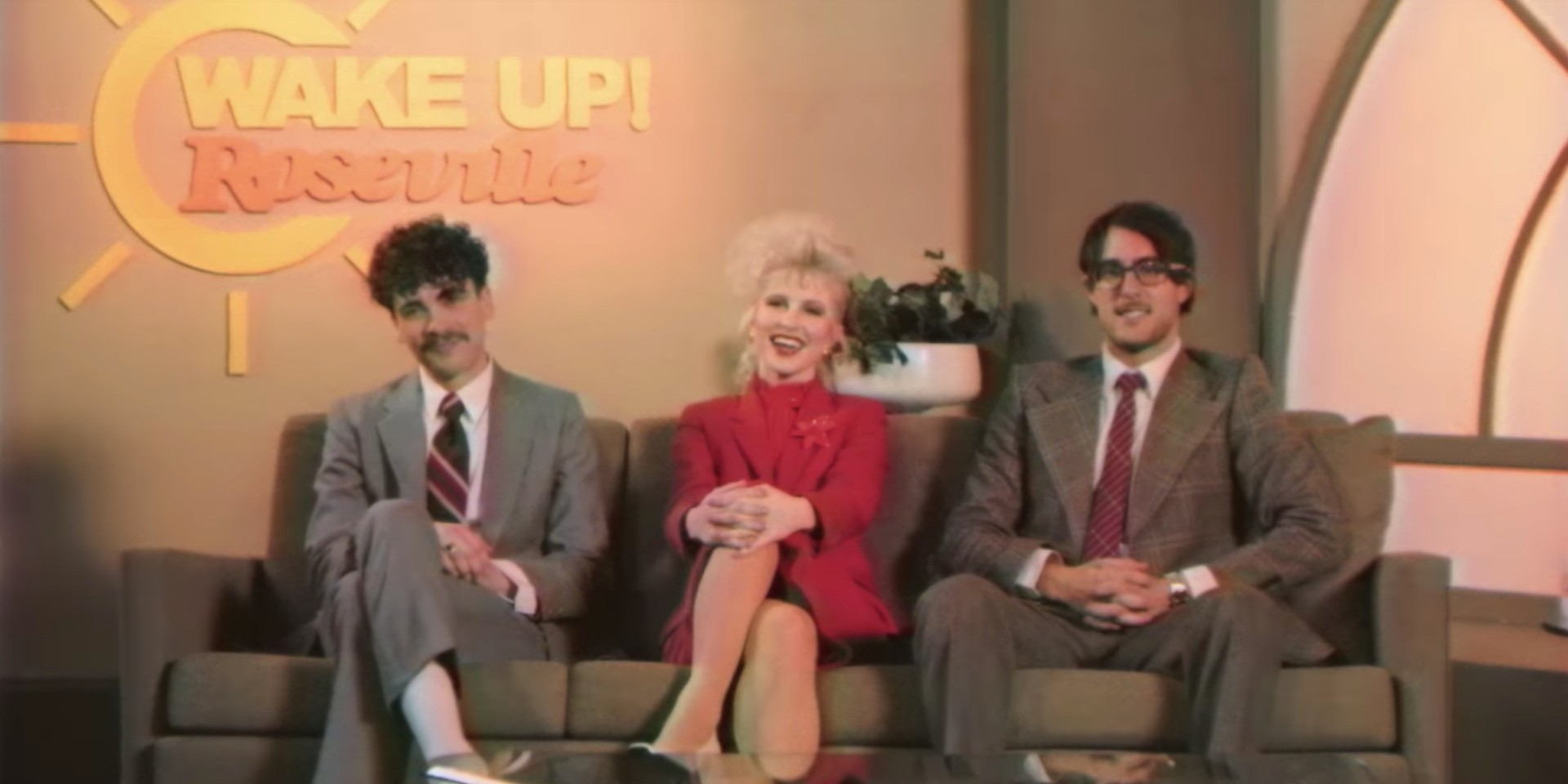 Have you ever watched a morning television show and wondered just how those hosts manage to be so chipper that early in the morning? Well, Paramore has thought about the same thing – and they've come to a pretty dark conclusion.

A few hours ago, the Nashville pop-punk trio released a video for 'Rose-Colored Boy', the latest single off After Laughter, in which they play morning television show hosts tasked with creating a great, impossibly cheery start to the day for the town of Roseville, reporting on banal things like bake sales and dogs that purport to predict the weather. It doesn't take long, though, before the inanity and the facade starts to wear on them.

Watch the video for 'Rose-Colored Boy':