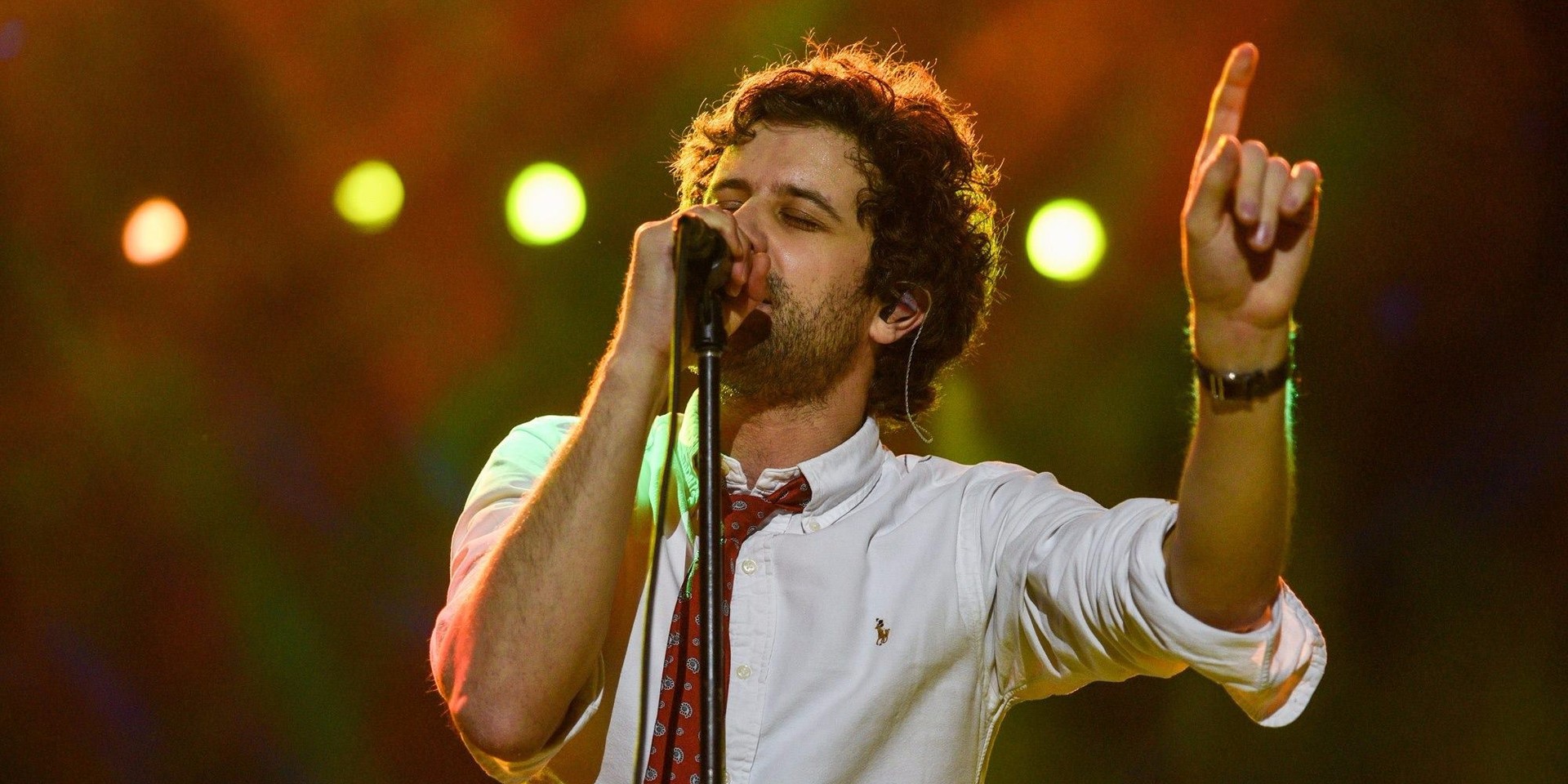 It's been a year since the inaugural GoodVybes Fest, which featured international acts CHVRCHES, Stars, Oh Wonder, and Passion Pit.

Manila Concert Scene joyfully reminded us of this fact via Twitter this morning, which also prompted Michael Angelakos, aka Passion Pit, to recall the amazing crowd that welcomed him... and another not-so-pleasant tidbit concerning the gig. 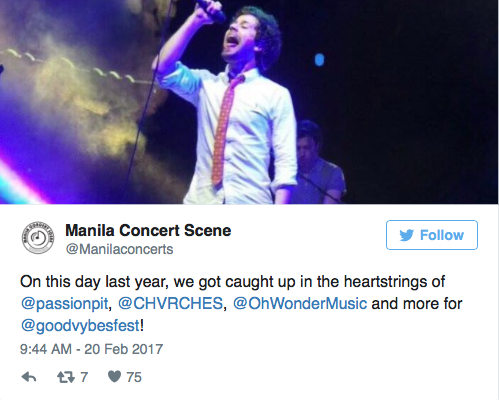 On this day last year, we got caught up in the heartstrings of @passionpit, @CHVRCHES, @OhWonderMusic and more for @goodvybesfest! pic.twitter.com/peUzJNtTt1

@Manilaconcerts @goodvybesfest welp, i still haven't been paid. however, that crowd was amazing. love you, manila.

Fans were quick to react on the sudden revelation, a mixture of shock and clamors for him to come back for another show. Passion Pit assures that he would still love to do so.

@moldybetamax of course i'll come back at some point

Bandwagon has reached out to Vybe Productions about this issue — any updates regarding their response will be added here.

[UPDATED 20 February 2017, 12:57 PM] Nico Bacani, President of Vybe Productions, on a phone call with Bandwagon, says, "It's unfair of Michael to make sweeping statements like that, especially because he didn't make it clear if he was referring to his agency or GoodVybes. We have paid his agency."

Bacani adds that in Passion Pit's tech rider, they requested a rehearsal tent with the same gear specs as the stage set, which Vybe provided, and, prior to the band's arrival in Manila, both parties had agreed that the cost of the tent would be deducted from the band's fees. However, as Passion Pit was unable to use these due to software incompatibility, the band retracted the agreement after the festival and asked Vybe Productions not to deduct the tent cost from their payment. According to Bacani, if this were the basis of Passion Pit's claims, then they Vybe has indeed paid his agency 84% of the fees, as the cost of the tent sums up to 16% of these.

Vybe Productions has tweeted about the issue and intends to release an official statement within the day.

We would like to clarify we have paid the talent fees & airfare for @passionpit & that if ther r any pending, we would be glad to resolve

(Continuation) directly with the @passionpit handlers. We hope this clarifies the issue

[UPDATED 21 February 2017, 10:22 AM] Yesterday, in a series of tweets, Passion Pit responded to Vybe Productions' statements on the GoodVybes Twitter account and in Bacani's interview with Bandwagon. He noted that he has plenty of respect for promoters and organizers and that he understands that festivals cost a lot of money, but it's at least expected that they pay the artists within a year.

Regarding Vybe Productions' claims, he had these to say:

i mean, ppl who made the "statement" can explain themselves to my team. i don't need to make a statement defending myself. i already have.

i'm assuming most of the world has little to no knowledge as to how many artists, w/ contracts and everything, don't get paid from shows.

everyone says "hey, keep it cool, we're working on it." so artists don't say anything. they want to get paid. what happens when they don't?

[UPDATED 21 February 2017, 4:29 PM] GoodVybes Fest has released an official statement in response to Passion Pit's claims. According to their latest tweet, 12.8 million PHP has been paid to Passion Pit to cover their airfare and talent fees. They have stated that said tweet will be their final comment on the issue.

[UPDATED 21 February 2017, 5:12 PM] Passion Pit replies to GoodVybes Fest's statement in a series of tweets, asking them to "stop" and "just chill".

@goodvybesfest @Manilaconcerts i'd really like to not write a full release, so why don't you just chill.

so keep digging yourself deeper, im going to finish work and get to bed. how this is being handled pretty much explains it all. there you go