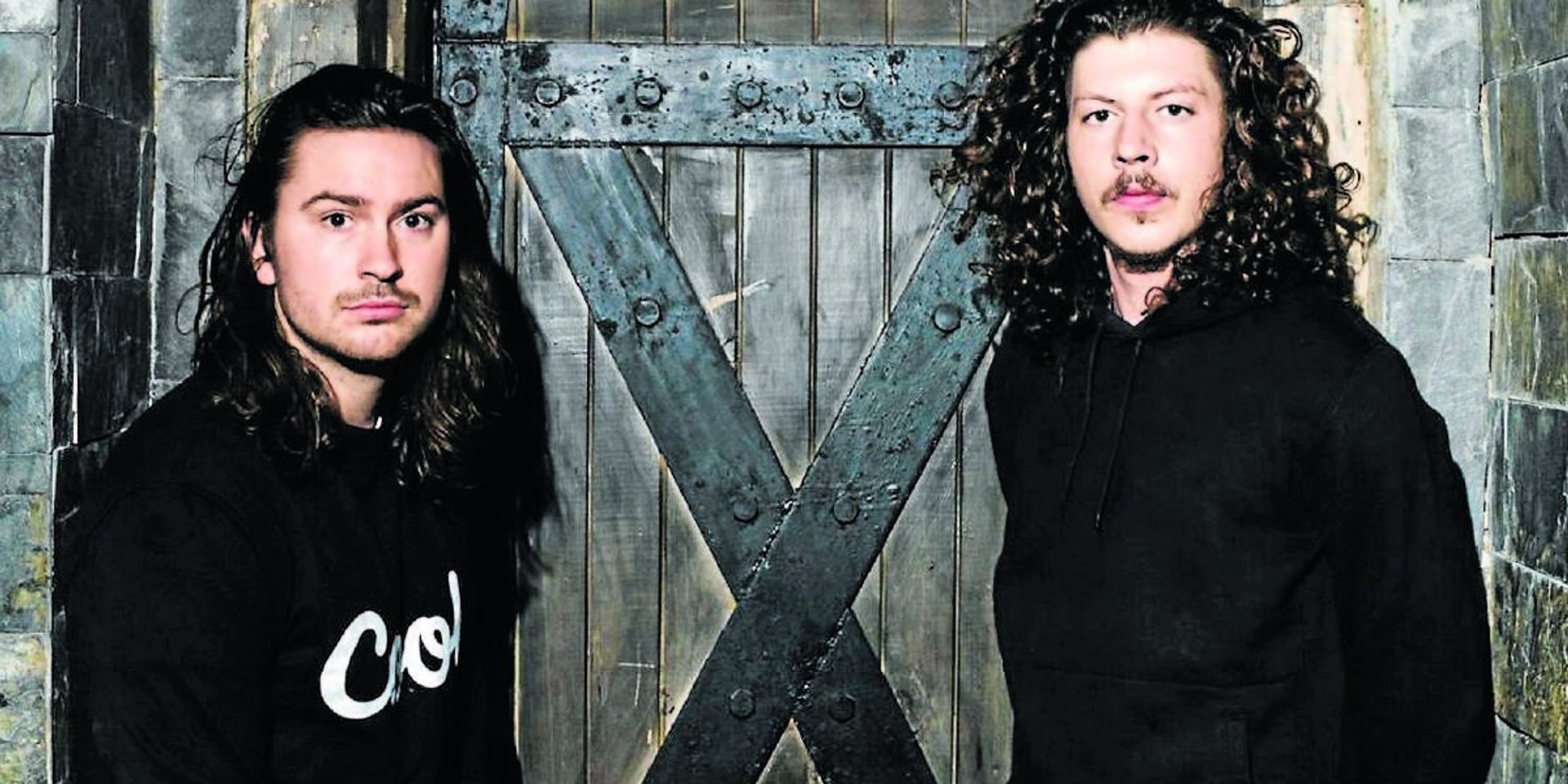 Recently, we had the absolute pleasure of talking to Adam Hyde and Reuben Styles, the two Australians who make up the electronic music duo, Peking Duk, who recently won the award for Song Of The Year at the ARIA Awards. The storied DJ duo are one of the most successful electronic music acts out of their country within the past few years, and they have a lot of stories to tell.

We asked the boys about Singapore, the state of EDM, and why they like to bring a ukelele on tour. Check out the full interview below.

What are your thoughts on Singapore so far?

Adam Hyde: "Singapore’s awesome man, we’ve been here like 3 or 4 times before."

Reuben Styles: "It’s been dope. Every time we come here, we discover something new. We had a drink on top of the Marina Bay Sands for the first time last night, it was amazing. We’ve discovered a whole bunch of crazy shit and we haven't even done the touristy stuff like the Night Safari or been to Little India."

Adam: "Yeah, there are heaps of things we haven’t done yet because usually we're just partying because it’s such a fun city."

Reuben: "I did go to Little India as a kid though when I came here with my mom. We stayed there for a week but yeah, there’s still so many things we still want to do. We still haven't been to Gardens By The Bay or the Supertree Grove. We were told Ariana Grande was there a couple of months ago before the F1 shows you guys had here and no one know she was there, it’s insane. We might go check it out for a bit before we board It’s The Ship! Shoutout to Ariana!"

What is one item you absolutely have to bring on tour, besides technology?

Adam: "Besides technology? That’s a good question. Wow, this is tough!"

Adam: "Reuben always brings a frisbee everywhere he goes. It’s gonna go off the boat at some point, I’m sure. We’ve wanted to get a deck of Uno cards but we’ve been saying that for three years, so at this point, I think we’ve given up on that."

Reuben: "We just recently started bring a ukulele out on tour with us. We play songs for random people at the airports and stuff like that. The other day we boarded a boat from Hong Kong going to Macau and there were like 500 people waiting.

So we started playing the ukulele and serenading them and about 500 people people pulled out their phones and started recording. It was like that scene in Black Mirror where everyone’s just staring at you getting chased down the street. It was kinda creepy but so much fun."

How and when did you first begin exploring music?

Adam: "I grew up with probably what everyone else started with, Backstreet Boys, Savage Garden, that kind of stuff. Then from there it went on to the heavier stuff like Offspring then Metallica, Megadeth, Slayer.

From there, I discovered that rap carries that same type of angst. And then from rap, dance and then house and electro, and then I got into the huge scape of EDM."

Who are your current musical influences outside of EDM?

Reuben: "Francis and The Lights for sure! The way they’re able to twist pop around into something else is so refreshing, they’ve been tearing it up." 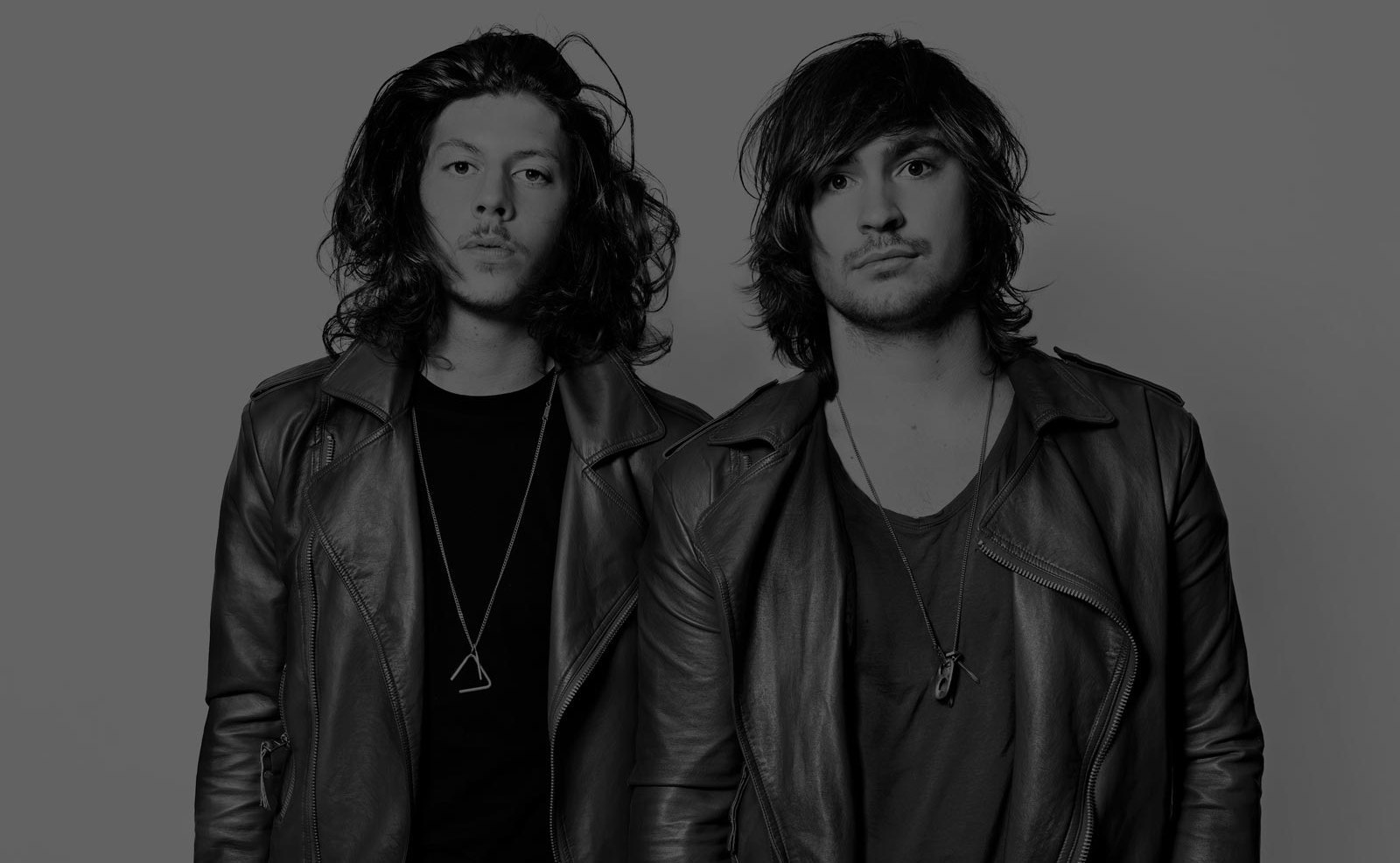 We’re beyond blessed to be able to do this. We could still be doing shitty jobs, we could still be working at McDonalds but this is our job and we love it and I don't think it’s hard to find motivation at all."

Can you describe how you felt when you first found out that your remix of Passion Pit’s 'Take A Walk' was doing so well?

Reuben: "Listening back to it now, there are so many things we would change. But it’s all part of the wave. It opened up our thoughts on a lot of things apart from music in general.

That was when we realized the internet can actually be used a platform to make shit go nuts almost overnight. It was also great for us to kind of get that nudge that we were doing something right and that we should keep going."

Adam: "Yeah, it was a really weird point for us because we were both working at cafes at the time and we didn’t really know what was going on and our parents were like, “Go to university or go get a fucking job.”

How has growing up in Australia affected your music?

Reuben: "I think having Flume being Australian really made it a lot easier for us, like he broke the 128 BPM barrier and was able to do things in his own way and that really paved the way for everyone else to really do whatever they want."

EDM has always been sort of a celebration of love. Have you ever seen a fan or someone during your set do something so bad that you had to stop the set to put an end to it?

Adam: "Yeah, we’ve seen a lot of fist fights and there was one at our recent shows. We stopped the music and said “Hey, cut that shit out, this is a place of love. We’re here to have fun, let’s fuckin’ boogie!”

But I think the worst is when you see someone who’s clearly had too much and their bodies just give up and they’re on the floor, convulsing. Everyone around them’s dancing and the paramedics and ambulances – shout out to the ambos – they’re trying to get to them.

We realized that stopping the show isn’t going to help, in fact, it might make things worse, but what we need to do is make a path for the ambos to get in there and get the person out as quickly and safely as possible.

It’s a sad thing to see but I think that’s what you get when there are that many people in one place that are raving and are dancing and are probably drunk. It gets really hot down there in the crowd too.

Stay hydrated people — and we mean water! We know alcohol is the shit but, damn, have some water."

How do you keep yourself motivated and inspired after spending so long in the scene?

Adam: "We’re just enjoying it. It’s really fun, there's nothing to complain about at all. I don’t think there are many downfalls to what we’re doing if you zoom out and take a look at the bigger picture.

We’re beyond blessed to be able to do this. We could still be doing shitty jobs, we could still be working at McDonalds but this is our job and we love it and I don't think it’s hard to find motivation at all."

What’s next for Peking Duk?

Adam: "We’ve got new music coming out, we’ve got the new live show."

Reuben: "Yeah, hopefully we can bring the live shows around Asia in 2018, it’s going to be insane. We’re singing now, playing the guitar and the keyboards, we’re dancing around and shit, it’s mental."

Adam: "We’ve got a drummer, back-up singers and all that shit, it’s going to be wild. We’ve got a lot more music. We’re working on an album, hopefully that comes out in March, we’ve got a single coming out really early next year and yeah, more fun times ahead!"

Special thanks to Sony Music Singapore for setting up the interview.