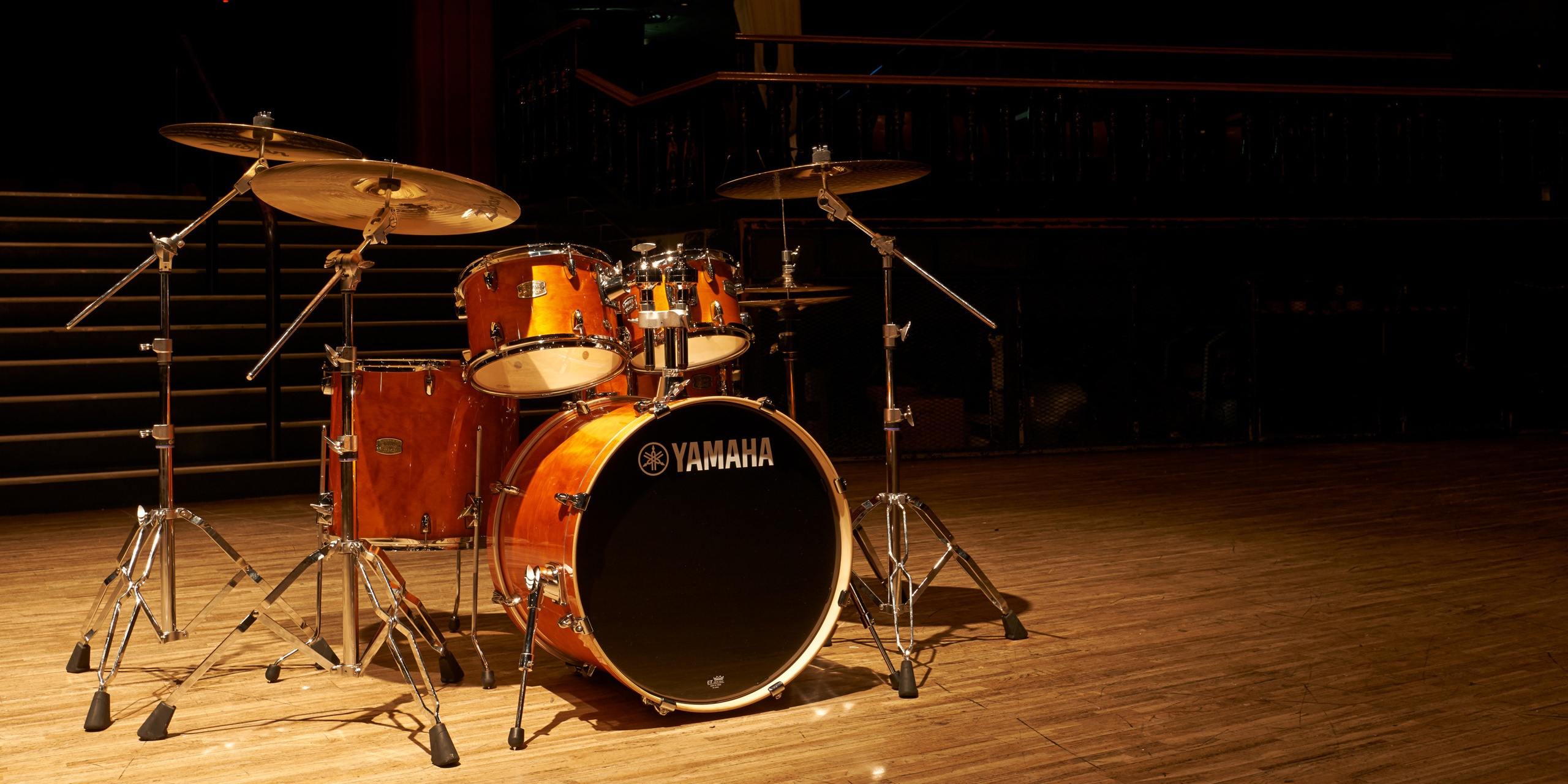 Ask any musician out there, and they'd probably point to the drummer as a key component of any band.

They keep time, their craft is physically strenuous, they perform with the loudest instrument on stage, and in general, they carry a huge responsibility as the heartbeat of the music. But if you ask most non-musicians at a show, the drummer is probably the one member of any band that they'd be most likely to overlook. Call it the Ringo Starr effect.

It's a tough and sometimes thankless task to be the guy (or girl) at the back, but credit to these hardworking musicians, none of them are in it for the fame or glory. Their passion for percussion, whether they're serving the music or making the music, is innate and lifelong. So with Singapore Drum Fest's huge Ultimate Weekend extravaganza coming up, we thought that this would be a good time to shine a well-deserved spotlight on some of Singapore's finest drummers.

Here we talk to four outstanding drummers about the love, inspiration, and challenges that come with their under-appreciated craft. 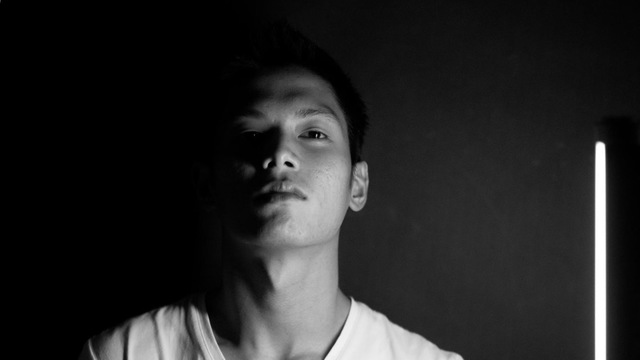 Just the sheer power and volume of it! And the rhythms and pulse when you play is just so contagious. Ain't nothing better then that! And who doesn't enjoy hitting stuff. (Laughs)

Hmmm, I really enjoy being on stage playing, making people dance and feel good. And just for that half hour or so, you're in total control of your audiences feelings and emotions. That to me, is such a powerful thing and I get very motivated and inspired by that, cos it affects me the same way when I watch another drummer play. And with the growing scene currently, I think there's no lack of places or shows to not get inspired.

I have a lot! (Laughs). But my all time favorite drummers would be Vinnie Colaiuta, Ricky Lawson and Teddy Campbell. Although they're all very skillful and have a ton of chops, it's their groove-centric playing that draws me to them. Besides that, my peers play a big part in my journey, their passion and drives keep me grounded and in check.

Having the responsibility of keeping TIME! It's huge, because the feel and direction of the music depends on how you keep your time, and time to time, we fall off. And I think it's fine, but it's definitely is the biggest challenge for me. And also trying to stay as musical as possible and not just sounding like someone is just bashing on the drums, because it's such an aggressive instrument, we sometimes overlook on just playing the music and keeping it simple. SERVE THE MUSIC.

I guess because we're always at the back and blocked by the other members? (Laughs) I mean we're sitting down the whole time while the rest gets to move and interact with the crowd. So that plays a big part. But then again, it's also up to us to decide whether we want to be overlooked, and I mean off the stage, how you act and portray yourself is vitally as important as being on stage. People will notice you somehow, you just gotta leave a lasting impression, take pride in your craft, but don't be an asshole about it. (Laughs) 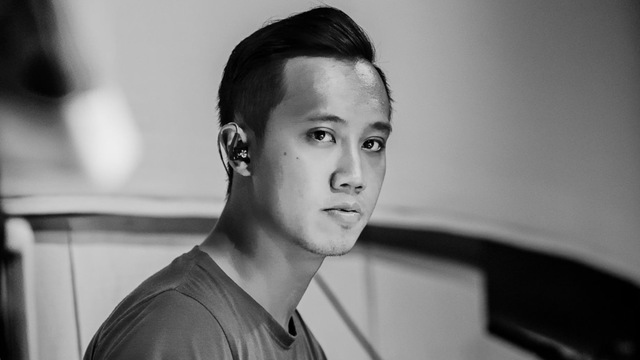 Ladies. (Laughs) I'm kidding. As I started playing music in secondary school bands, I was initially chosen to play the saxophone and they transferred me to the percussion section later on probably because I sucked at it. (Laughs) Fast forward to the years in Lasalle when I was doing my diploma in classical music majoring in Classical Percussion, I was surrounded by a lot of friends playing different types of music. By the end of the semester, we had to form our own band and perform at the old Yellow Jellow at Clarke Quay. I didn't know how to play the drum kit then and so I was asked to play the tambourine with another drummer in the band. After a few rehearsals I was like - screw this, I'm gonna learn drums. So yeah, I started learning how to play the drum kit at 19 years old because of that stupid reason. (Laughs)

I think drumming and making music in general is a really special skill to have. What inspires me most is not serving the music as a drummer but making music as a musician. I like to think that I don't just hit drums or keep time in a band. I like to contribute by adding colors, tone and them feels. Not just making me sound good but also the band and music in general. We as drummers have so much power in the band and the decisions we make on stage are equally as important as the notes sung by the singers. Im always spending time working on building my musical knowledge, making sure I'm always playing what I feel from my heart and from other musicians as well.

It changes all the time but if I have to name a few, it would be Benny Greb, George 'Spanky' McCurdy (Tye Tribbet and Lady Gaga), Mark Guiliana (Mehliana), Dana Hawkins (Evan Marien), David Garibaldi (Tower Of Power) and Sonny Emory (Earth, Wind and Fire). There are just too many of them to mention but these are the guys that have a big influence on me - especially Benny Greb. I remember finding every video I could find of him on YouTube and spending hours transcribing them.

Good photos. We are always hidden at the back of the stage or blocked by the singers. It's rare to find good photos of us. (Laughs) Musically, I would have to say having the same time/pulse feel with the band can be quite a challenge. I guess as drummers, we practice a lot with the click and kinda understand the feel of time a little better than others. Don't get me wrong. I know of non- drummers who know their time better than I do but generally getting everyone in sync with the same pulse can be challenging.

Well we are always hidden at the back. (Laughs) Obviously to the non-musicians, the singers stand out the most and depending on situation, it should be the case most of the time. When I'm playing with Inch Chua, Tim De Cotta and Dru Chen, my role as a drummer is to make them sound good. The only time the audience noticed us was probably when we were given a drum solo. If not, dream on. (Laughs)

Jia Rong will be performing as part of the Singapore Drum Fest Ultimate Weekend. 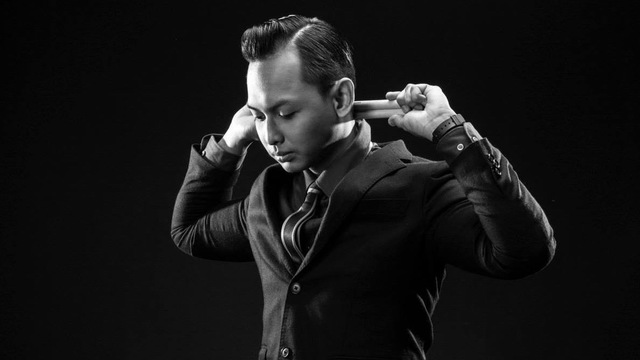 When I realized that my dad plays bass and my brother plays guitar. So I told myself "yeah why not pick up the drums, it's so cool." So yeah, that's how it is.

The uniqueness it produces... and it is not all about just "hitting" the drums but rather, how creative it can make an individual brain work, and of course, the ability to make people dance. It has always been about the people, family, friends and everyone. To share the music I create to every part of the world.

My mum, dad, brother & every individual musician in Singapore. Also, Jojo Mayer - this guy is like Professor Oak, man.

The amount of equipment we have to bring around. (Laughs) Not. I guess we all have the same amount of challenges to face. 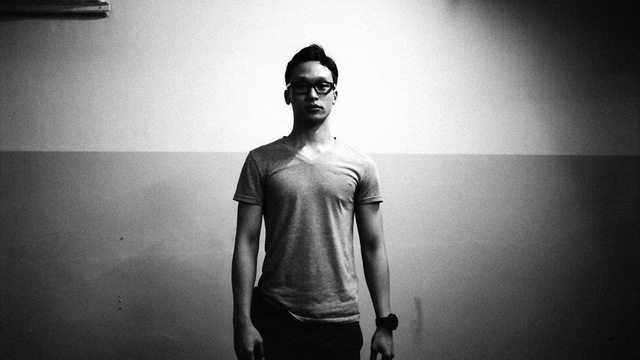 Initially, I never liked the drums because I thought it was intimidating because of its size and volume. The first instrument that I had my eyes on was the guitar. But I gave up after a while because it started to hurt my fingers. But I have a brother who then introduced me to this rock band, Pearl Jam, when I was about 7. I can still remember the title of the song that I first practiced the drums on. It was called ‘Evenflow’. And from then on, I just continued playing the drums and never stopped.

Basically, I don’t talk a lot. At times, I will try my best to be as sociable as I can. (Laughs) As cliché as it might sound, I communicate best through the drum kit. It is like a kind of language that I use to speak to the audience with. And there is no better way than to make them bob their heads or dance to it. It’s my mother tongue. I have never stopped drumming and I don’t think I can because that’s one of the only things that I am really passionate about and I will always feel alive when I am behind my drum kit.

In all honesty, I don’t really listen to just the drummer. I listen to the band as a whole and observe how the drummer colours the music. But as far as technicality is concerned, if I really had to list out my favourite ones, they would be, firstly, my brother (Mahathir Kusnong), which goes without saying. The others are, Jon Theodore from The Mars Volta, Chris Pennie from The Dillinger Escape Plan taught me how to play fast and loud, Deantoni Parks showed me how to meddle with time, Thomas Pridgen, Dave Elitch, Mike Mitchell and Eric Harland for all that jazz.

Money. (Laughs) Kidding. We are the loudest instrument on stage. So any mistakes we make, is the most obvious. And of course, the usual, “Hey! You’re too loud!” or “Hey! You’re rushing/dragging the song!”

This could be so because of where they are placed on the stage. Them being furthest away from the audience and usually at the back with most of their bodies being blocked by the drum set, the level of interaction with the audience is much lesser than the singer or guitarists.