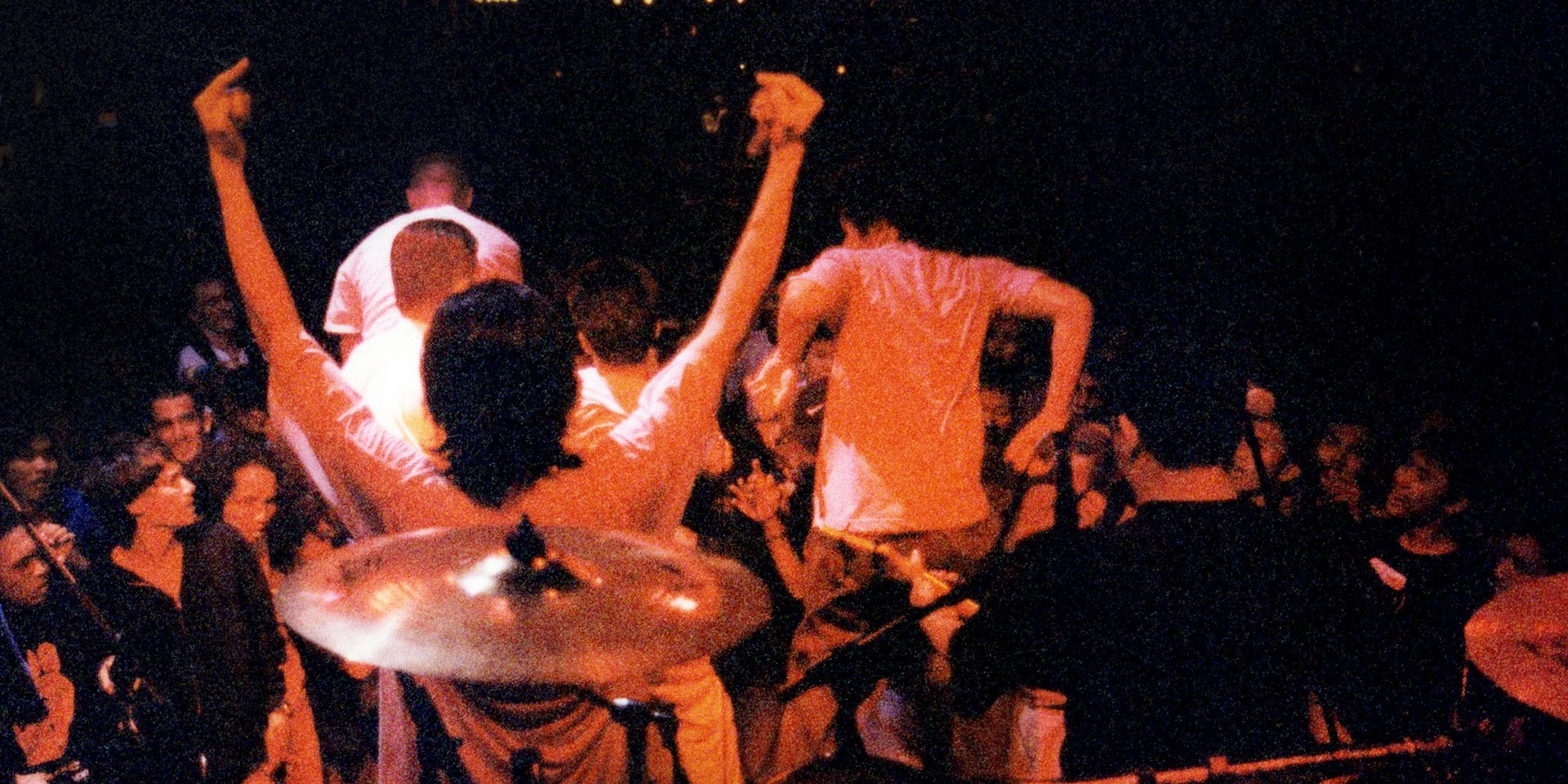 Fugazi may be the stuff of legends now, a milestone band in both hardcore music and alternative rock, but when they were around, they were one of the most active bands on the touring circuit.

And while Ian MacKaye and gang have long since moved on, with no news of a possible reunion, and only their extensive (and enriching) discography to go with, they still made their mark in Singapore with two memorable shows in the 90s.

Anyone who was there at Bukit Batok Community Centre in 1993, or Fire Club in 1996, can testify to the band's unparalleled live presence. With the band's staunch DIY ethics and liberal use of media tools, those two shows were documented with photos and even full audio recordings by the band themselves. Both shows can be downloaded in full for only US$5 from Dischord Records' official site, run by MacKaye. 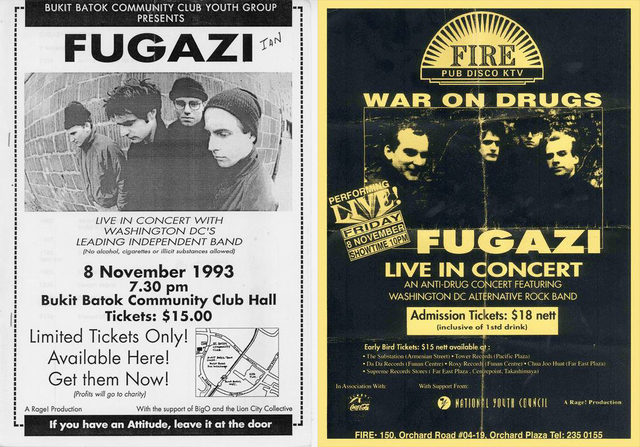 Little Ong, one of the brains behind the retrospective exhibition So Happy: 50 Years of Singapore Rock, was an avid gig photographer in the 90s, and he was there to shoot the Fire Club show, when they shared the bill with Singaporean hardcore punk band Stomping Ground.

"The place was super packed and rowdy, and I spent most of the time up on stage," says Little, "mostly just to avoid being crushed, and trying to get decent enough shots with my crummy camera in the dimly lit venue."

"This is our second time here, and just three years later, I've noticed so many new buildings," said MacKaye during the concert, "so many new damn shopping centres everywhere, and every block there’s another Reebok or Esprit or whatever." He went on to talk about the similar corporate hegemony that rampant in the US, which inspired the song they launched into next — the then-unreleased 'Five Corporations'.

Little recently shared a batch of photos taken from that night, and now you can view them here. 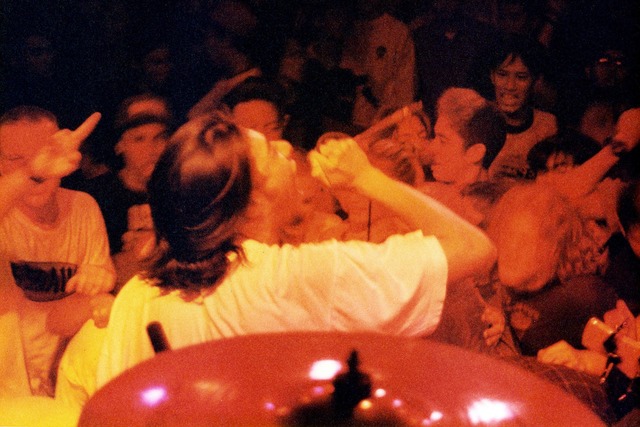 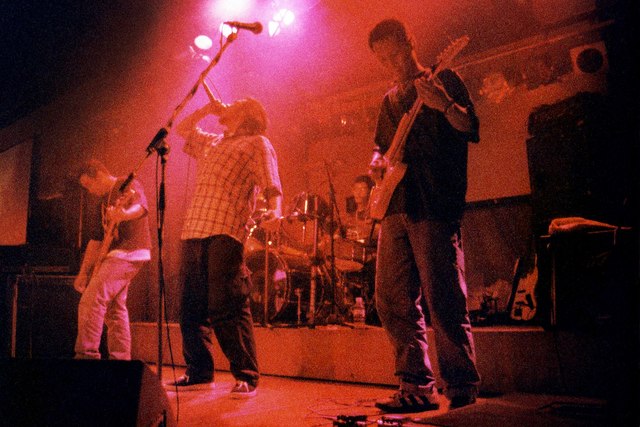 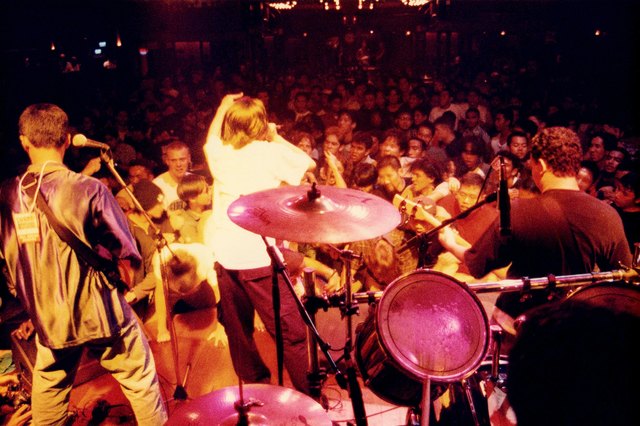 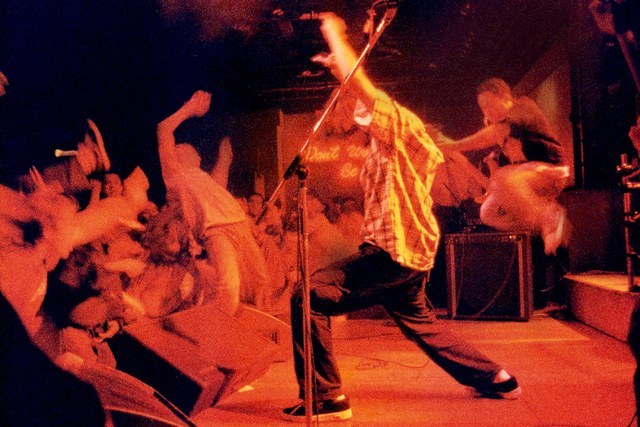 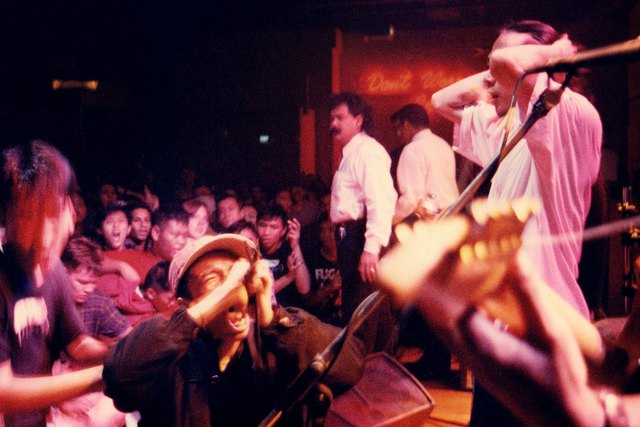 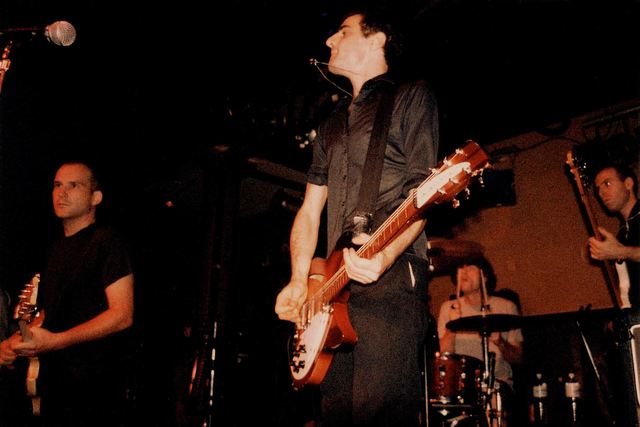 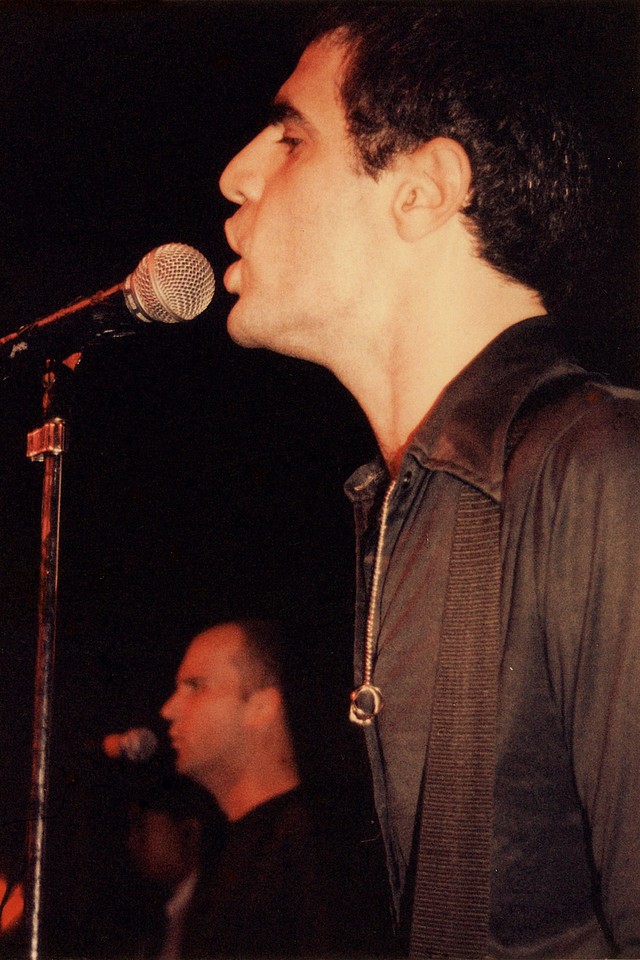 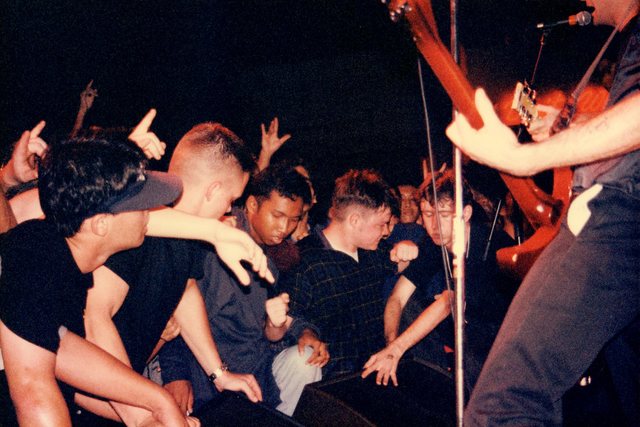 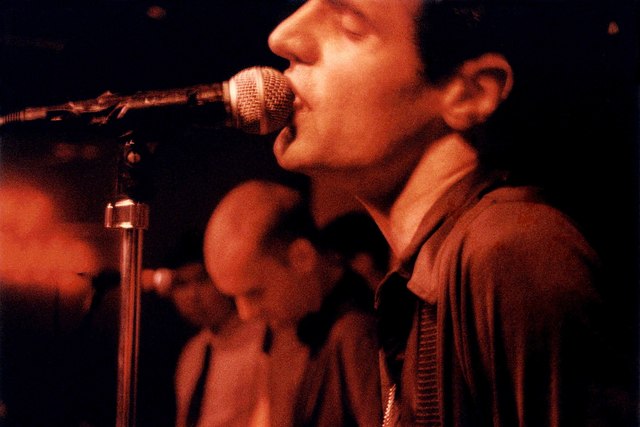