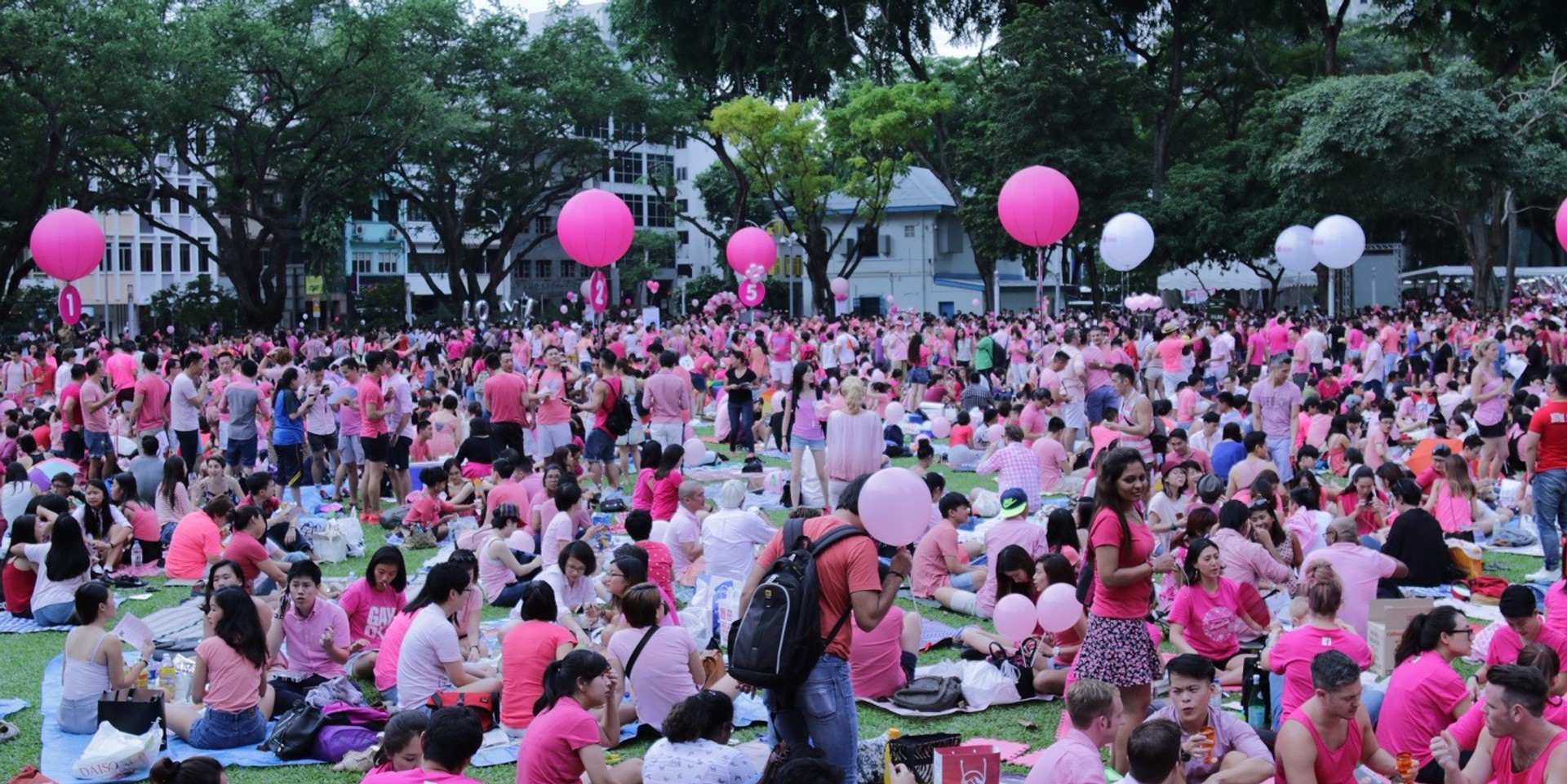 The Getai Group, known for its eclectic curation and throwing some of the hippest parties in town, have come together to produce a mighty line-up for this year’s Pink Dot.

While the festival has been mired in controversy lately — some Singaporeans were especially unhappy with advertisements at Cathay Cineleisure — organizers have not been deterred in the slightest from organizing the Pink Dot event Singapore's LGBT community deserves come July 1st.

From Milo's new spokesman Nathan Hartono and our cover story star Tabitha Nauser, to Ebi Shankara and Hirzi — one-half of the intensely popular YouTube power partnership Munah and Hirzi — the line-up clearly has something for everyone.

By taking a good look at the line-up, we can tell that it’s carefully constructed: a wide variety of genres are represented (although some punk and metal wouldn't hurt wink wink), belying an inclusivity that has been a consistent position of the entire Pink Dot movement.

Pink Dot happens at Speaker’s Corner at People’s Park on the 1st of July, and the concert starts at 6pm. Admission is free, but unfortunately, only Singaporeans and PRs are allowed entry.

Check out the full line-up below: