As far as dynamic duos go, pianist Jon Schmidt and cellist Steven Sharp Nelson take the cake for probably being the most entertaining pair to take the stage at The Star Performing Arts Theatre. The Piano Guys don't get to over 1.9 million subscriber on YouTube for cat videos, dancing on treadmills or combining confectionary with diet sodas - no, they get to the top of the heap by pure talent; transforming modern contemporary songs into something quite timeless and frankly, pretty damn classy too. Thanks to LAMC Productions, the team behind The Piano Guys pretty much charmed the socks off the 4,500 Singaporeans who came down for an evening full of smiles and laughter.

From the start, audiences were already treated to one of the most covered song on YouTube: Adele's Rolling In The Deep. It was a potent kickoff to the rest of the night, an immediate display of the duo's prowess and mastery over their instruments, their compositional skills and originality. They played their respective instruments like any seasoned classical musicians; their fingers moving intuitively over each key and string while incorporating modern elements to their music, such as loopers and other audio effects. The songs they picked to play for the set were best described as extremely easy on the ears, playing effortlessly through songs by Coldplay, Christina Perri, Taylor Swift and other familiar, Top 40 tunes. 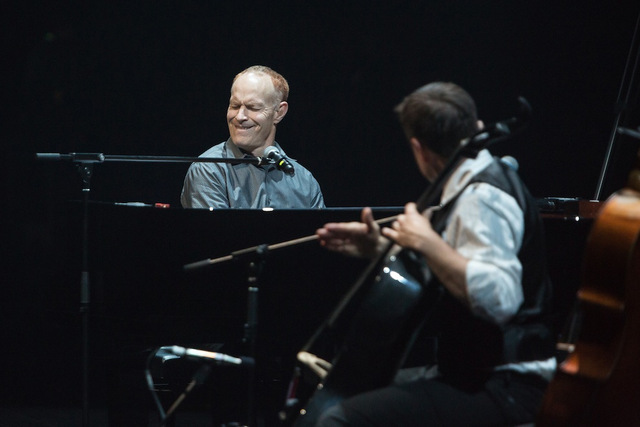 As if the music weren't enough to impress, they screened some of their magnificent videos in the background. Thinking back, one of the reasons why The Piano Guys really wowed everyone on YouTube is the fact that their videos had extremely high production values, a massive step up from the usual webcam-ed cover song video. I mean seriously, putting a grand piano on top of a cliff and performing an African version of Coldplay's "Paradise" on it? They really know how to make an impression, and it shows throughout the concert.

But really what endeared the duo to the audience was their immense ability to entertain; they're born to be on stage. They interacted with the crowd frequently, generating laughs with bickering-yet-brotherly exchanges in between songs and regaling amusing anecdotes from their days producing their videos. Playing on the piano keys upside down, mashing up seemingly mismatched songs (think Phantom Of The Opera x Don't Worry Be Happy and The Imperial March x Annie's Tomorrow), recreating animal sounds on their instruments - the whole show had a very inclusive YouTube vibe to it. Their showcase was created for regular people, by regular people and it was pretty refreshing to see that kind of intimacy between audience and artiste. 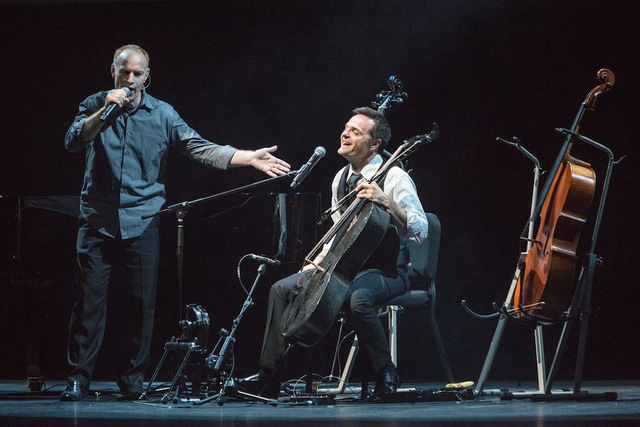 The duo saved the best for last, performing their most popular cover (with over 24 million views): One Direction's What Makes You Beautiful. This one involved the full ensemble along with their producers Paul Anderson and Al Van Der Beek, employing every part of the grand piano to play the song. It was one of the highlights of the night, summarising everything that made The Piano Guys so successful - intense teamwork, tremendous amounts of creativity and skill while just plain having fun. 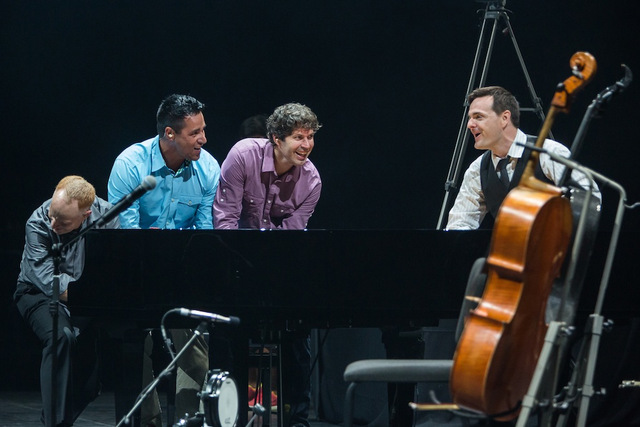 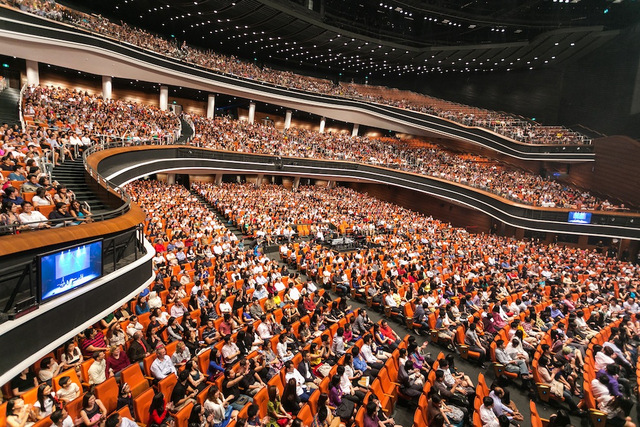