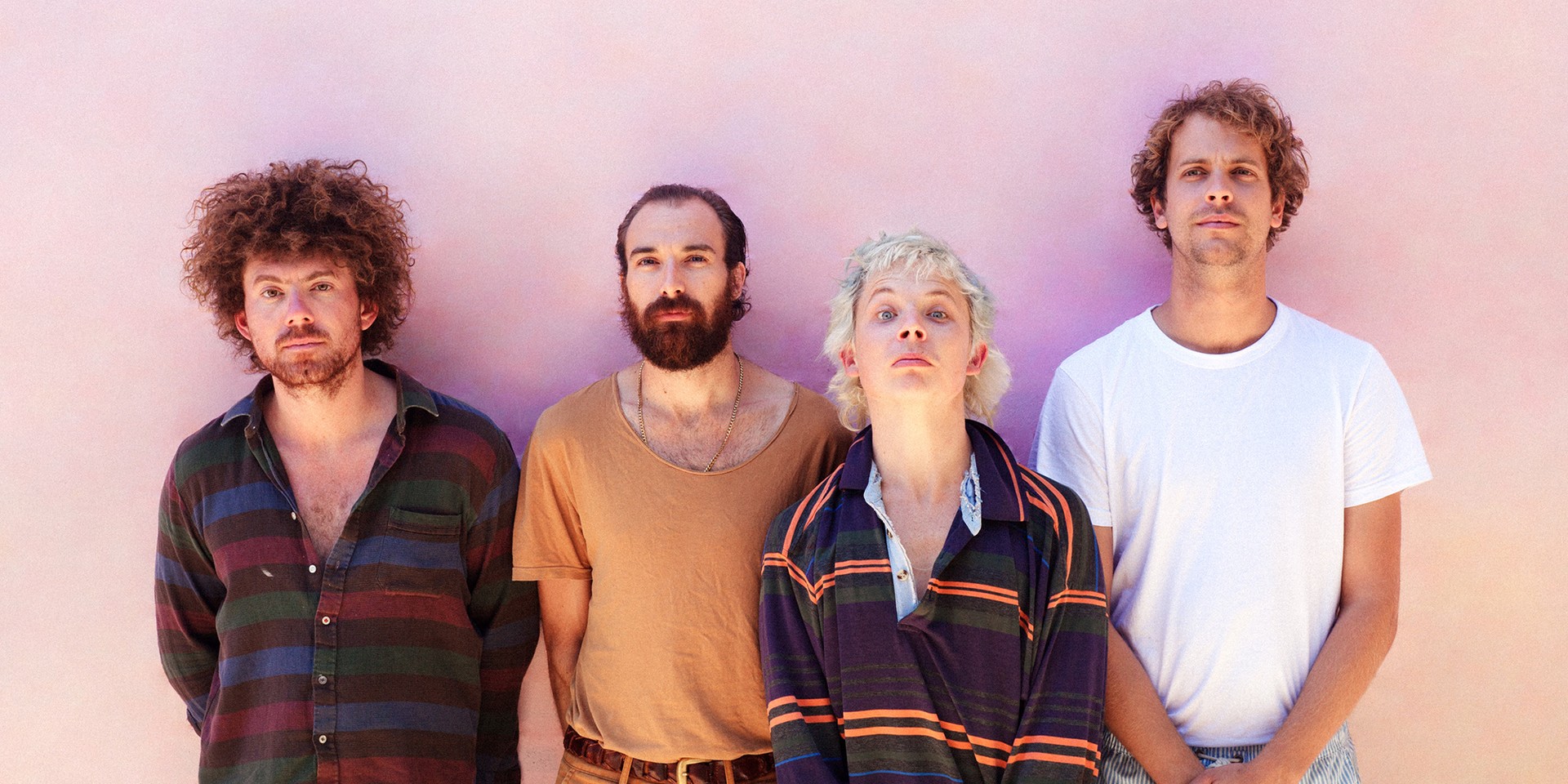 Just by reading Pond's Wikipedia page, or if you've chanced upon them on playlists, you'd already have a preconceived notion of what they might be — a balls-out, spacey psychedelic rock band from Australia with deliriously wacky album art, stoner-inspired song titles and a strong bond with Tame Impala.

If you've listened to their first two albums, everything would seem to confirm that, but their later ventures have proven their worth as a thoroughly impressive and creative force in psych-rock today.

Their latest album, The Weather, chucks away their ever-growing stash of pedals in favour of soaring synth ballads and minimal, danceable drum rhythms — toying with rose-tinted nostalgia by employing apocalyptic and facetious lyrics.

It's also Pond's most daring album yet, with its sweeping opening track '3000 Megatons' as profound as it is ominous, and its standout 'Colder Than Ice' bearing more resemblance to A-Ha and Tears For Fears than anything they've done.

We speak to the band's founding drummer Jay Watson on their evolving discography, and how they quickly learned to embrace pop alongside their psychedelic leanings.

The band will be in Singapore on November 23rd at Esplanade Annexe Studio. Apply discount code COLDERTHANICE to get S$20 off tickets here. 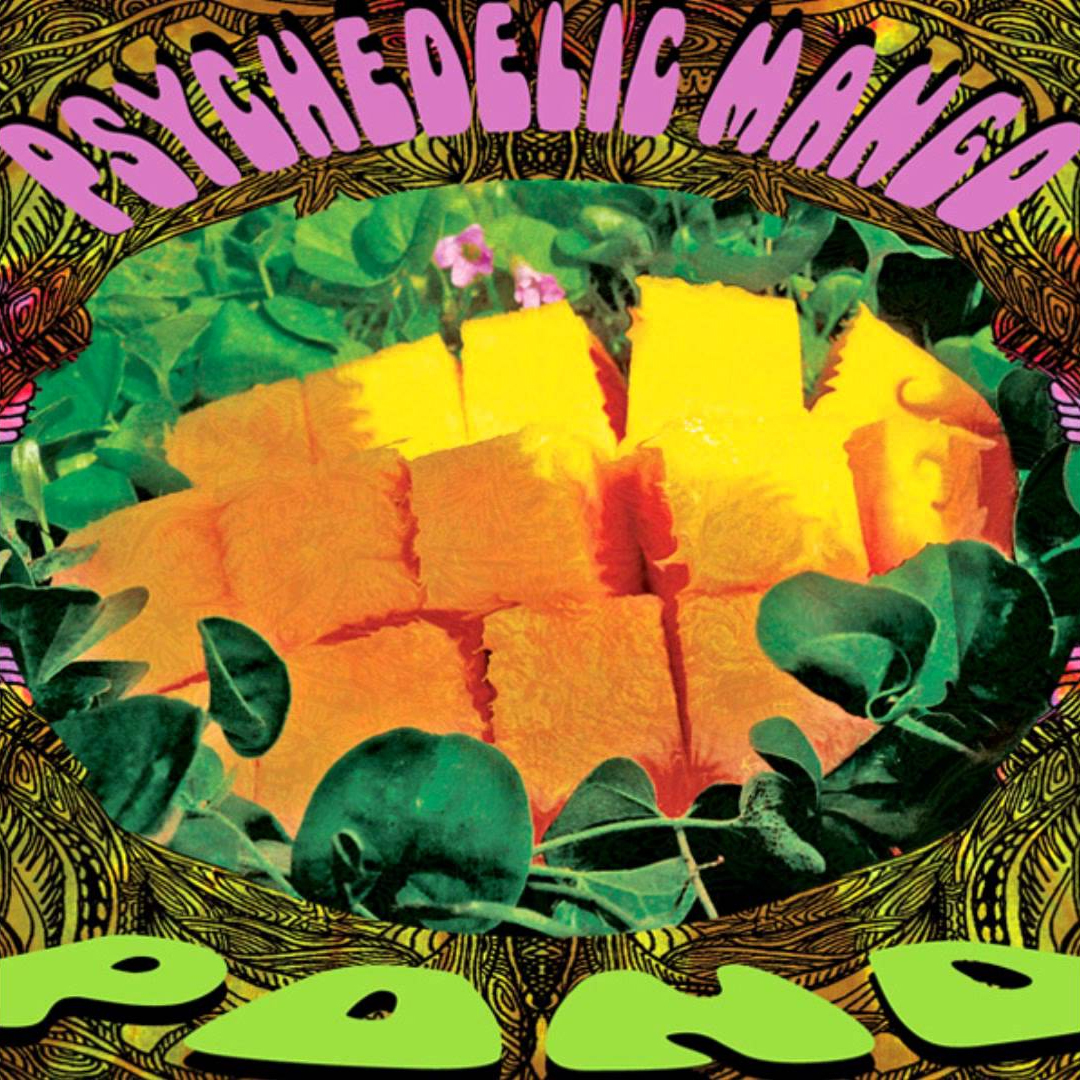 Looking back at this album, are you happy with the way it turned out? Why/why not?

(laughs) I think the first album is special in that we were making music purely for ourselves for no other reason than amusing ourselves, trying to make each other laugh and cry and headbang.

Although it is incredibly amateurish, I think it has a certain charm and I wouldn’t change a thing!"

Do you think this album was important in helping to establish the sound of the band? Tell us more!

Psychedelic Mango definitely set some sort of blueprint for future Pond, whether that was a good map or not, I’m not sure..."

Psychedelic Mango is Pond's first exposure to the world, a document of their live prowess early in their career. 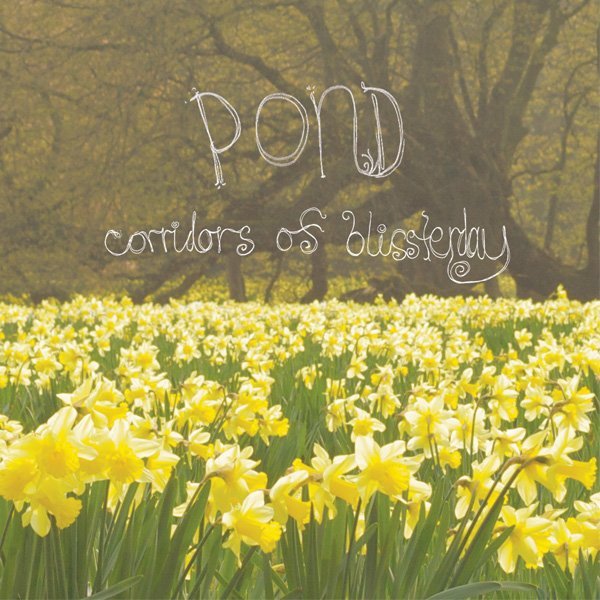 If you had to pick, this or Psychedelic Mango, which one do you prefer and why?

Mango for sure. Corridors of Blissterday is also sloppy, but in a less charming and more serious way, I think."

Corridors of Blissterday continues the rough and light-handed approach they had with Psychedelic Mango, released just a year after. Both albums, released on small-time label Badminton Bandit, have since been out-of-print, and CD copies have since become scarce (and woefully expensive). 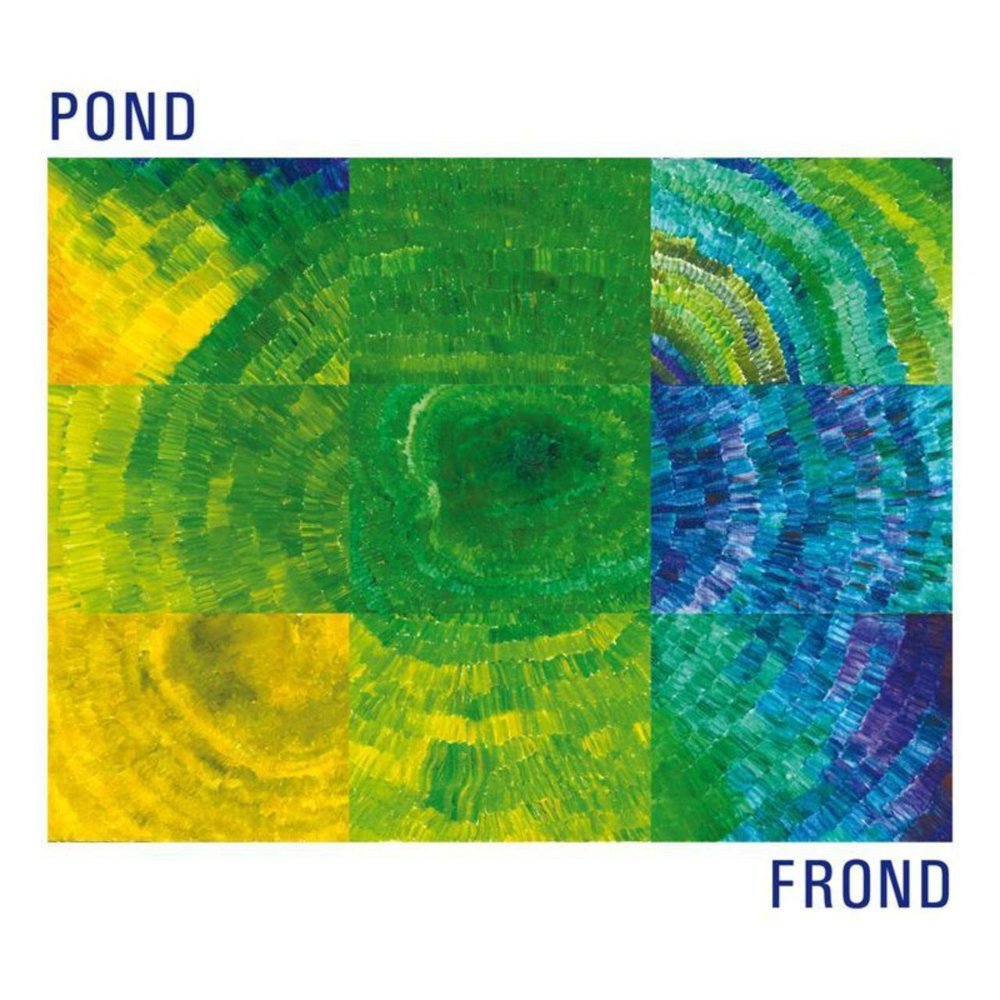 Frond sounds closer to your recent material than your first two albums — in your opinion, what changed this time when working on this album? Was there a specific focus or goal in mind when writing the songs?

I remember we’d always listened to lots of ‘acid rock’ and ‘krautrock’ and just lots of weird cosmic stuff, Frond was the first time we’d seen merit in things like Fleetwood Mac, Bowie and Prince.

I think we had a desire to write pop music, and that was our first sketchy attempt."

Did you know this album sells for hundreds of dollars on vinyl on Discogs? Any plans to repress this?

Frond continued their momentum, but the songs released are far more structured and less jam-based than anything they'd done thus far. 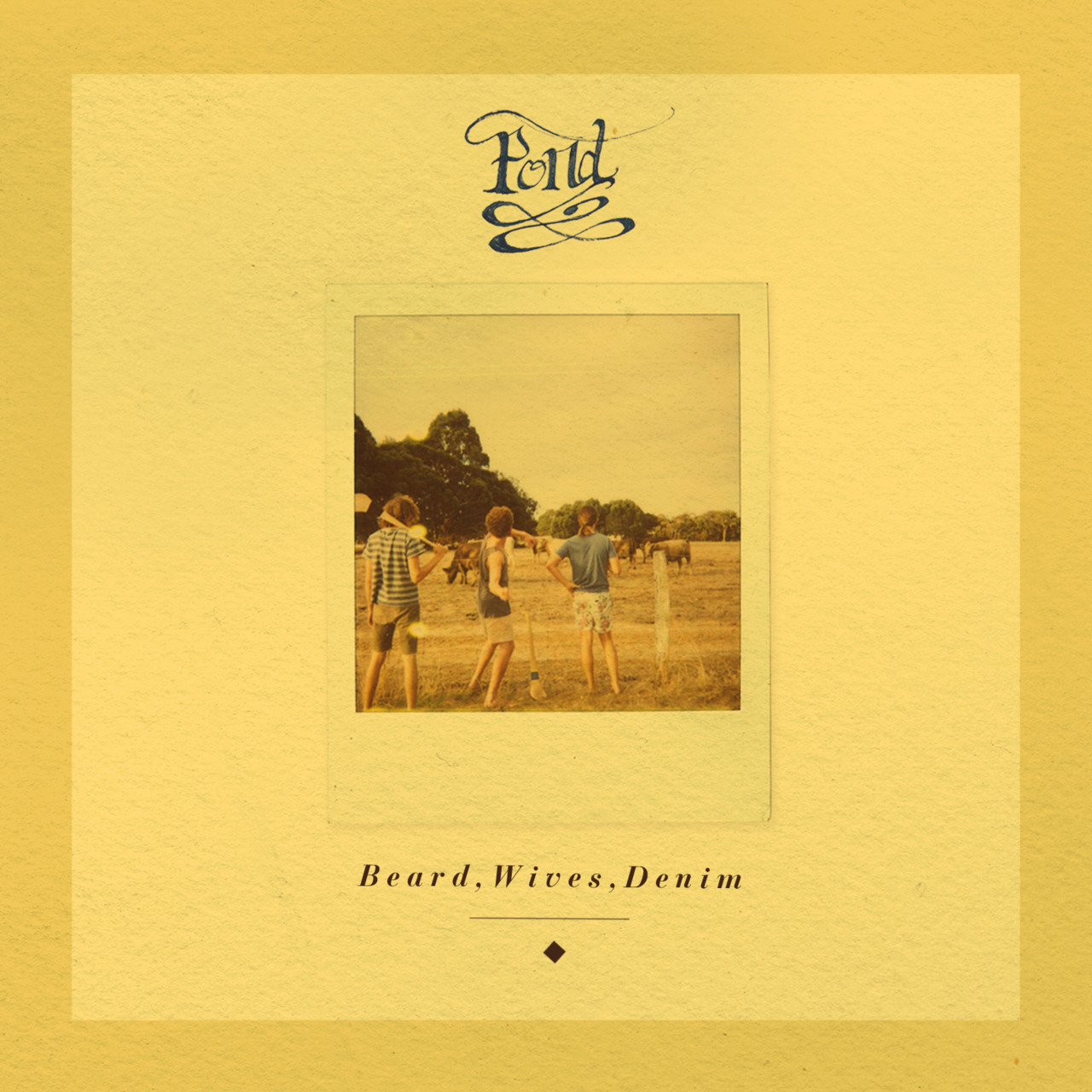 Arguably, this album truly set alight worldwide interest in the band. What do you like most about this album?

I think the best thing about Beard, Wives, Denim is the atmosphere of it, the fact we recorded live in the country, lived and slept down there, and had a real plan for the album.

It’s definitely one of my favourites — lots of the songs I can’t listen to now, but I love the sound and feel of it."

From what we understand, this album was mostly recorded in 2010, but only released in 2012. What caused the delay? Was it avoidable in hindsight?

With bigger label backing and a refined, rustic sound, the world was introduced to Pond through Beards, Wives, Denim. Recorded along the Western Australia countryside in a modest farm, this album began a symbiotic relationship between the band and former drummer (and Tame Impala frontman) Kevin Parker, who has been working on the boards as their producer since then. 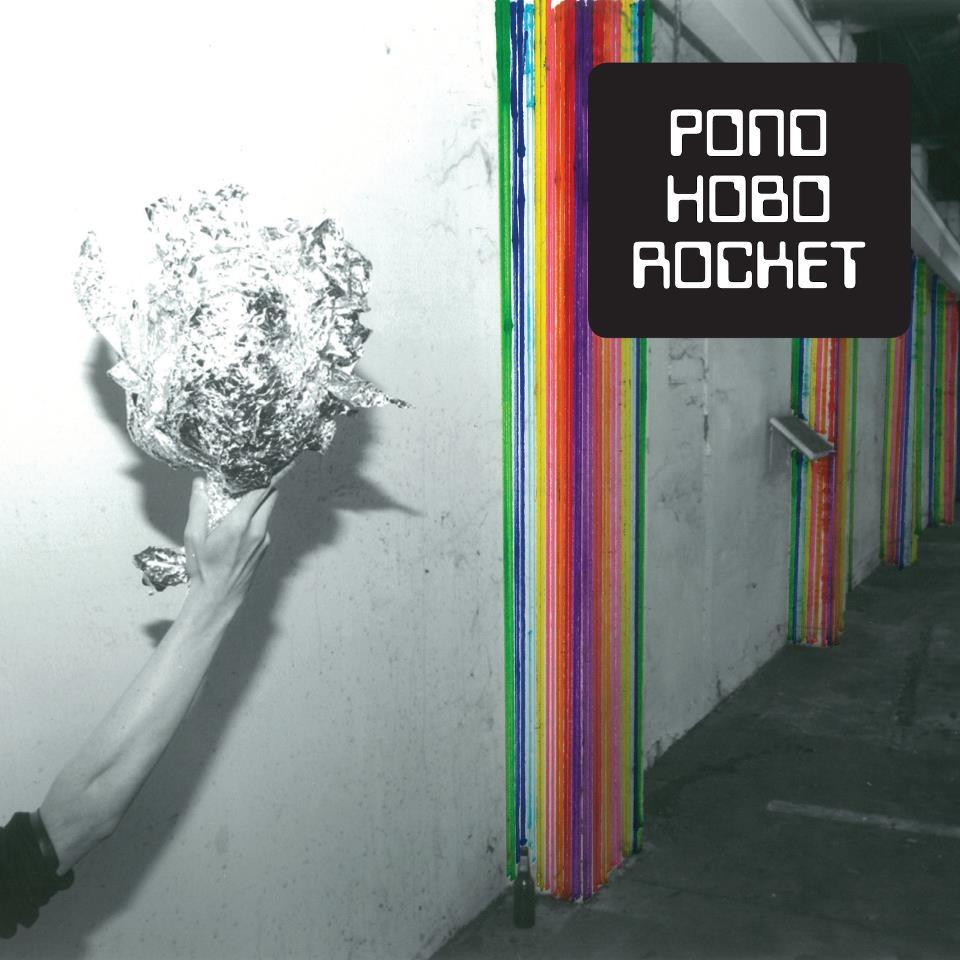 What is up with the album cover?

Not sure about the Hobo Rocket cover, you’d have to ask Nick!"

You guys brought back some of the ferocious, harder-edged elements that we first heard in your earlier material, but the songwriting was tighter than ever. Do you think this album serves as a concise summary of the band’s strengths thus far?

We recorded Hobo Rocket over a weekend. I think it was just supposed to be an EP of really heavy Sabbath-y sort of stuff, but we managed to stretch it out to an album.

I’m glad some people like it, it’s not one of my favourites but there’s some good little moments on it, I think."

With the delayed release of Beards, Wives, Denim, that gave ample time to Pond to come up with new material. Possessing a furious rhythm section and a penchant for sludgy guitars, Hobo Rocket is immediate and gratifying in its psychedelic assault. At 34 minutes, it's also their shortest album to date. 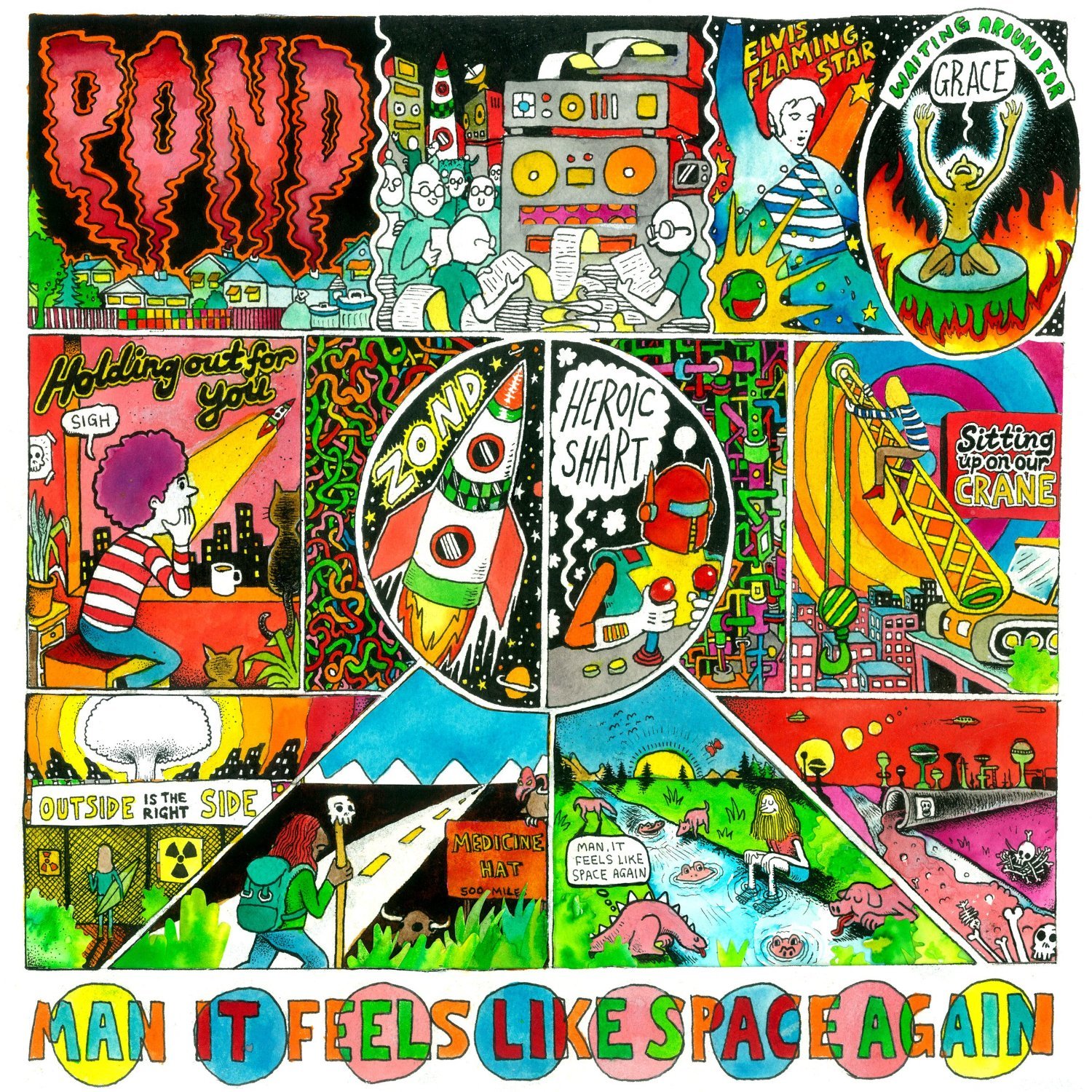 This album continues some of the spacier moments first explored in Hobo Rocket (the soaring synths, the motorik drum rhythms), and it feels appropriate with the album title. How would you say this album fits in the band’s discography?

I’d say that until The Weather, it was the closest we’d gotten to making an album that truly reflected us.

Maybe Psychedelic Mango and Beard, Wives, Denim were close too - I just remember that we felt good after finishing [this album]. I think there are some beautiful songs on it."

Tell us more about the album art, it’s incredible.

That was done by a friend of mine Bjenny Montero, a brilliant artist and great musician too. Check him out!"

Man It Feels Like Space Again is a culmination of their strengths thus far, taking the earthy textures first conceived in Beards, Wives, Denim and adding a limitless touch to their songwriting. Arguably their most vibrant effort yet. 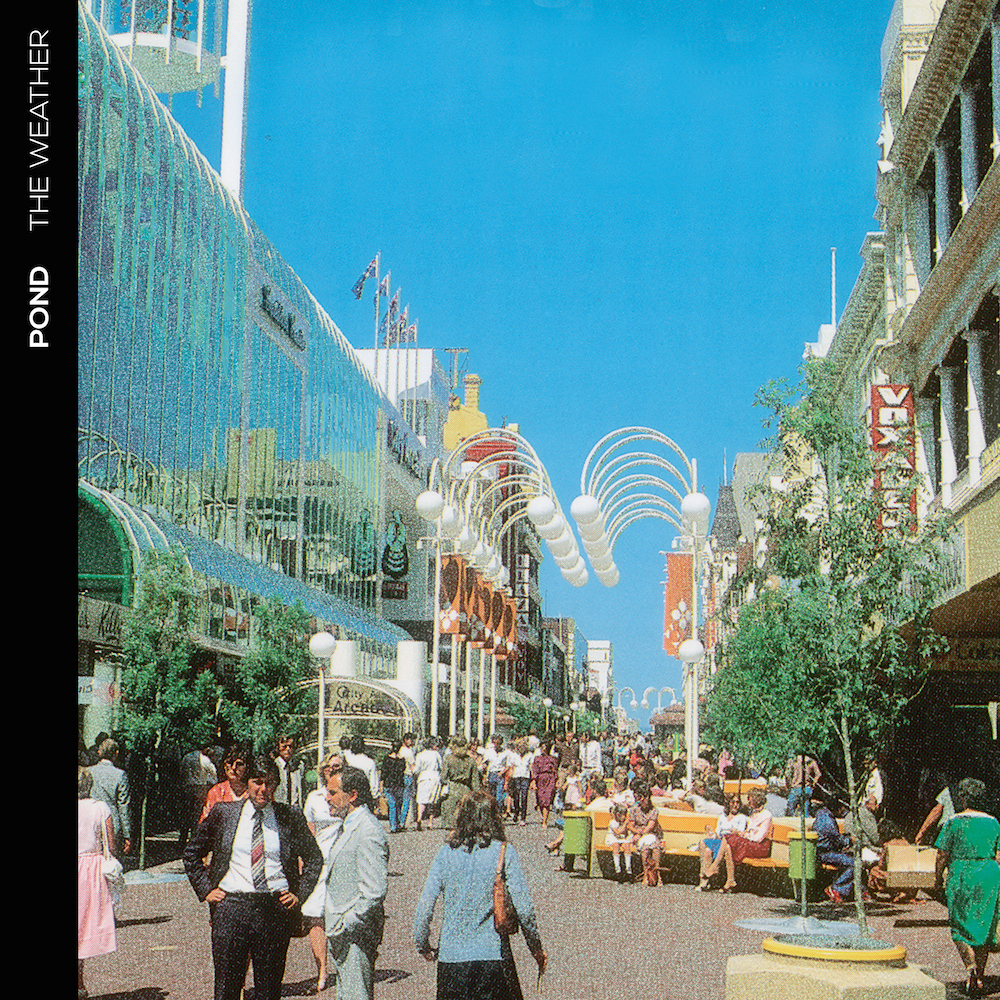 The Weather signals a remarkable shift for the band — it opens with an ominous synth-pop ballad, and it marches on with your most diverse set of songs to date. Tell us more on what went behind the making of this album.

I think we’re always hungry to try new things with POND, and we’re getting more and more confident in doing that — not giving a shit what our fans or our detractors think.

I was very self-conscious about putting music out for years — and I still am — but now as long I can convince myself that it’s good, then that’s all that matters.

The Weather is definitely our best album to date in my eyes."

Dense, operatic, and intriguingly glacial in its pace, The Weather marks a stylistic turn for Pond, returning back to Earth with an approach that's equally ambitious and catchy.

With a powerful and woefully resonant message packed into all 10 of its tracks, the band finds themselves operating on a whole new level with The Weather.

Pond will be performing in Singapore on November 23rd at Esplanade Annexe Studio. Apply discount code COLDERTHANICE to get S$20 off tickets here.