By way of Sweden, this jazz power trio are making pop music cool again, or even cooler as a matter of fact. Infusing their own sound into their interpretation of popular songs such as Adele's 'Rolling In Deep', Britney Spears' 'Circus', and even Justin Bieber's 'Baby', Dirty Loops have garnered the attention of fans worldwide. Comprising of three members, Jonah Nilsson (lead vocals, keyboards), Henrik Linder (bass), and Aaron Mellergårdh (drums) all met in school where they shared similar tastes and ideas in music - leading to the formation of Dirty Loops. Tight grooves, syncopated funk, harmony structures, effortless improvisation, and of course, the ability to take on a song and turn it into their own are just some of the trademarks of their music.

For those who want to hear this for themselves, the trio are heading to town as part of the Singapore Jazz Festival on February 28. We talk to the band before their show at the Marina Bay Sands.

What's your favourite memory of Singapore?

It was our first stop ever in Asia, so there were lots of strong impressions. It was also our first gig with David Foster and Friends. But I guess the gifts from a Singaporean fan were the sweetest memory.

You're playing at pretty much the same location, Marina Bay Sands. Anything you're planning to do there again, visit the casino, waddle in the infinity pool?

The pool is a must so our cold Swedish bodies don’t melt. This time we also want to visit the boat on the three skyscrapers (aka the SkyPark), and hopefully get the chance to play at other gigs during the festival.

You mentioned the album taking longer than you guys expected. Why so?

I guess we were bigger perfectionists than we thought we were. But we're very happy with the result of that extra time spent on it.

How was the recording process for this album different from whatever you had experienced differently?

The work was much more detailed than any work we've done before. The production was also way bigger than before, so there were lots of demos, lots of arranging and lots of recording. To sum it up -  Extra Everything!

Tell us about the song 'Hit Me'?

It was the first song we ever wrote for this project. We wanted to keep the formula from the covers, and to make a pop song that we rearranged. It kind of set the working style for the rest if the album.

We just did three gigs with Dirty Loops as the headliners so far, but the most embarrassing was definitely the talking we had to do in between songs, haha

The most time the last two years was spent on the album, which is a different kind of practice. It differs very much during recording and rehearsal time. So it's a tricky question. We also never really counted the hours as we get so much out of organized quality practice.

Special question for Jonah from the many jealous men, was singing that high a natural talent you had since you were young, or was that acquired over the years?

I always had the range in me but I did not know how to use it. That was something I had to spend a lot of time learning.

Give us your dream festival line-up; you only have 5 other bands or artists to choose from. 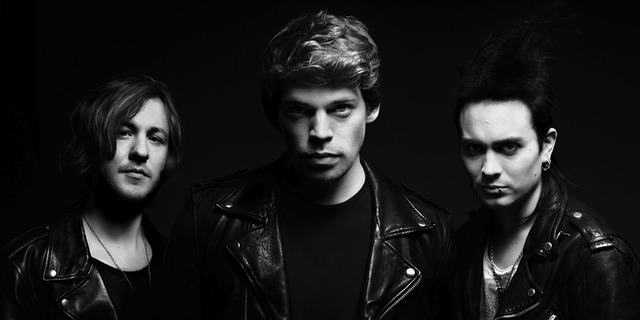