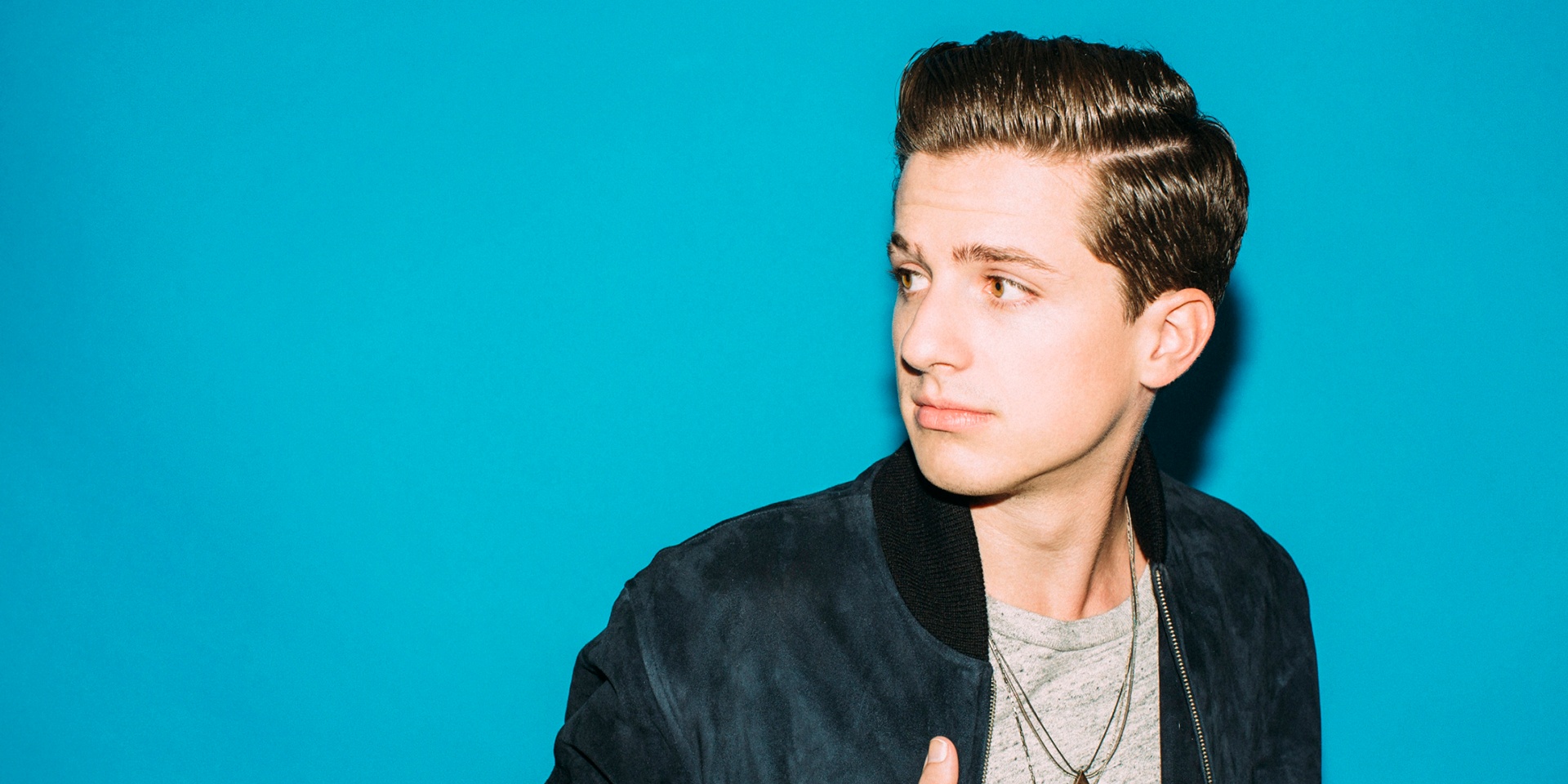 Charlie Puth, first acquiring his exposure to fame with his YouTube channel, is now one of radio pop's fastest emerging singer-songwriters.

With his quick ascent to success comes a world tour, and Puth has selected Singapore as one of his Southeast Asian dates. The 'Marvin Gaye' singer will be performing in Singapore on August 10th, with the show being held at The Coliseum, Hard Rock Hotel Singapore.

Charlie Puth, while landing at the top of the British charts with his single 'Marvin Gaye', a collabration with Meghan Trainor, is also known as the co-writer and featured singer on the massive Furious 7 song, 'See You Again' by Wiz Khalifa.

Standard tickets are now on sale at $108 (excluding a $4 booking fee), over at SISTIC.

Watch Charlie Puth's music video for 'One Call Away': 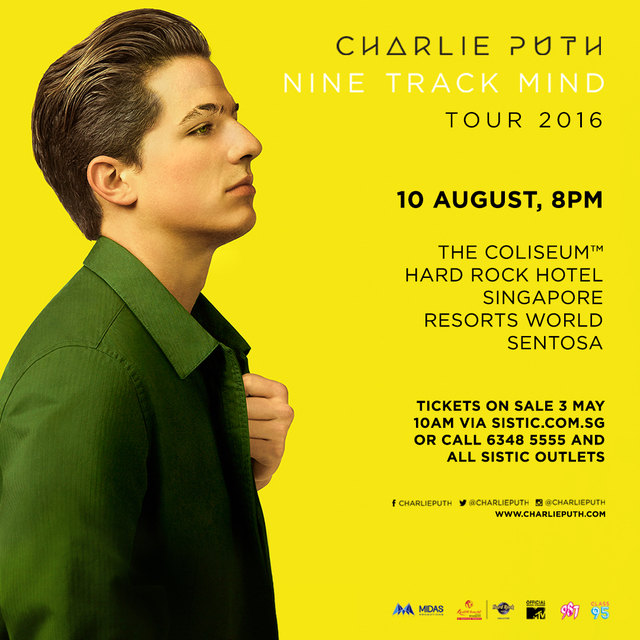