We were walking towards Fort Canning (from SMU, where the escalators to the park were - they weren't functioning as usual) to attend a wedding when it started to drizzle, and I think it was Delfina who said that it was a sign of good fortune for the married couple. I suppose a little precipitation can be regarded as fortunate; the Hindu belief claims that a wet knot is harder to untie. Rain cleanses and purifies, rain rejuvenates the land, rain symbolises fertility, a fresh start and a prosperous life ahead.

Normally, both of us are squeamish when it comes to attending weddings; we really can't stand being awkward around people we don't know/don't really know and most of the time feel underdressed at these sort of occasions. And we did think that it was kind of odd at first that we were invited to 'cover' a wedding (we're not exactly known for our Live Wedding Finder). Knowing Razi Razak - local music scene veteran, Home Club activist and the man behind the long-running Identite gigs - will surely come up with a lofty, artistic, conceptual twist to the marriage to his longtime girlfriend and fiancé Siti Nurfaizah. Sure enough, he and his closest friends came up with #RSSECRETGARDEN: "the personal exploration on religion, culture, art and music". In other words, a wedding that also happens to be an arts and music festival. 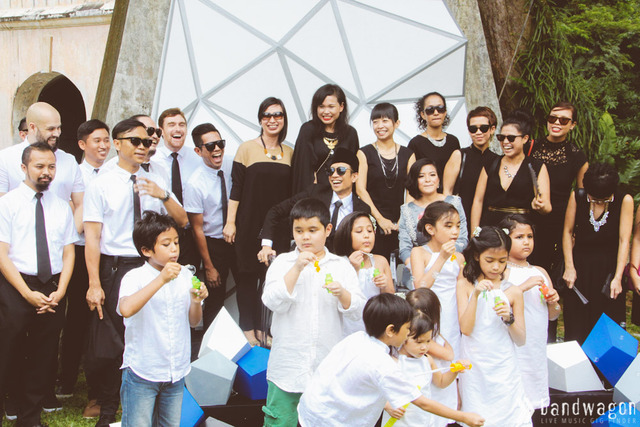 Armed with an army of entourage consisting of prominent names and personalities in the local creative arts scene, the bride and groom were escorted to their pelamin in grand fashion. Razi's outfit of a simple black suit, shades and songkok pretty much encapsulated the whole feel of his wedding - distinctly modern and classy without forgetting the sense of tradition. The tradition bit came in the form of a badass silat exhibition, a couple of zapin performances and the usual (gravy/oil-heavy) spread of malay cuisine; all standard conventionalities of malay weddings.

The other elements however were anything but traditional. The decor was all about geometry and spatial design. There was a proper stage setup constructed separately from the main tent. It was all a bit surreal, for there were all these makciks, pakciks and little children eating ayam rendang with nasi minyak, roaming around ornamentations that would fit faultlessly in a museum (or an arts festival at least). I think it was in the middle of eating beef steak slices while watching live poetry readings that we kinda realised: big weddings can be cool.

Where the music aspect was concerned, we had nothing to worry about - this was the wedding of the man who founded Identite dammit. Over at the music stage, guests were treated to the sounds of majapahit-metal outfit Kraton, the delightful electronic melodies of .gif, the punk-rock classics of Plainsunset and the captivating indie-pop of Pleasantry. Stripped down to an acoustic two-man act, The Pinholes playing originals and covers to the audience who were undeniably charmed by their stage banter. 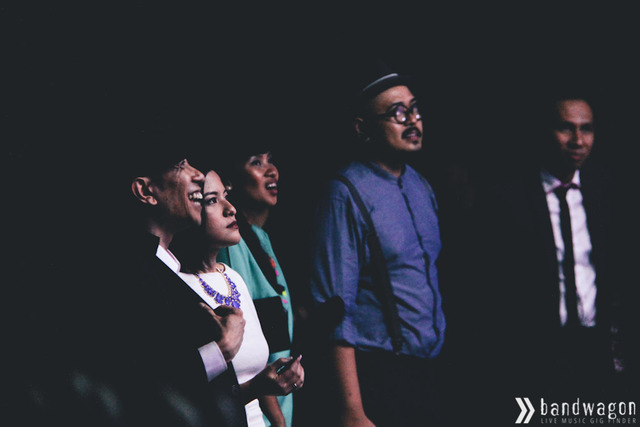 But the most unforgettable music act had to be surprise formation of musicians from I Am David Sparkle and Plainsunset joining Joseph Cinco's set to belt out Razi's favourite songs from their youth together, an affair that had the usually composed groom shouting along to the songs and jumping on stage to sing. As the night lulled away to a close, we spotted the couple sitting down - exhausted and worn out from the day's festivities, but still full of smiles and sparkles in their eyes. What Razi Razak and Siti Nurfaizah shared was a love for art, music and friends - and that shone brightly throughout the day and night at Fort Canning Gate. 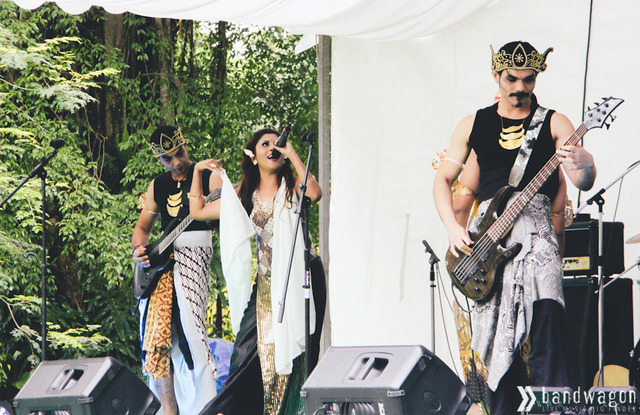 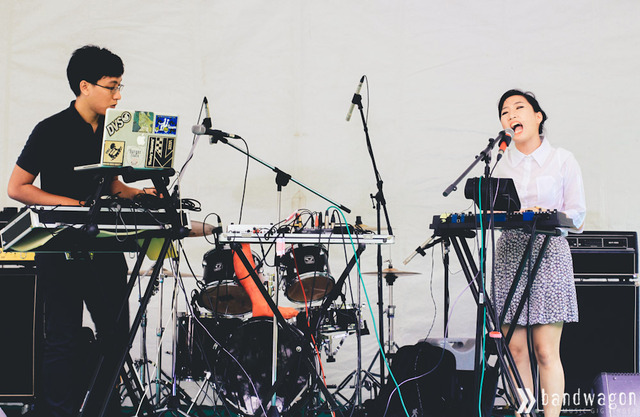 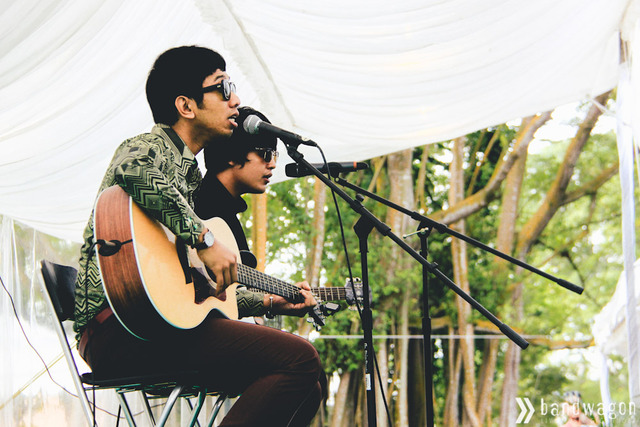 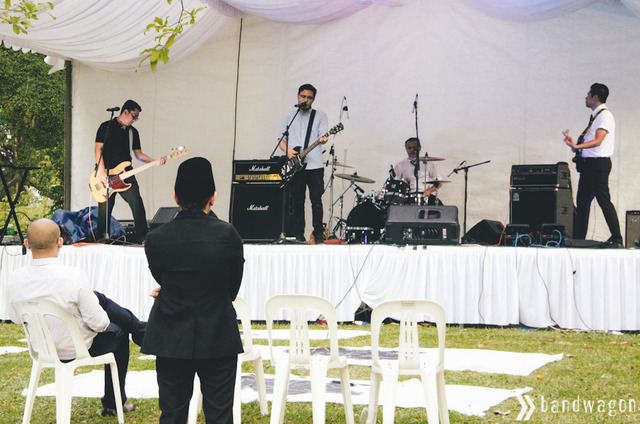 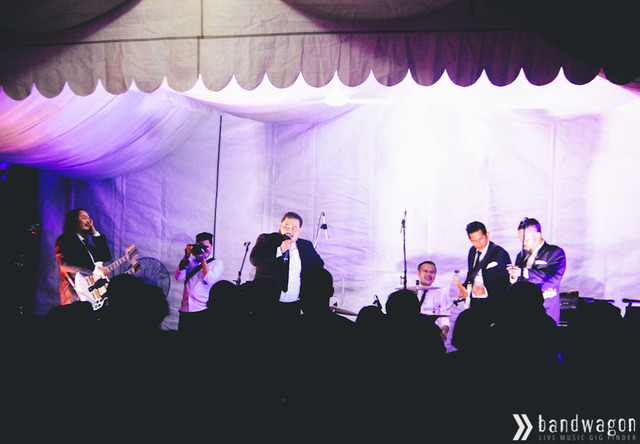 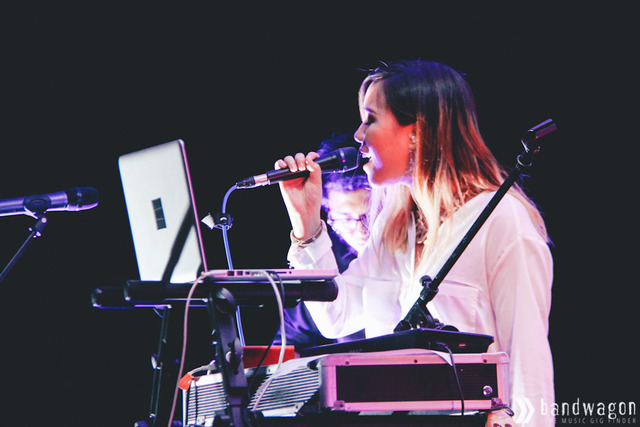