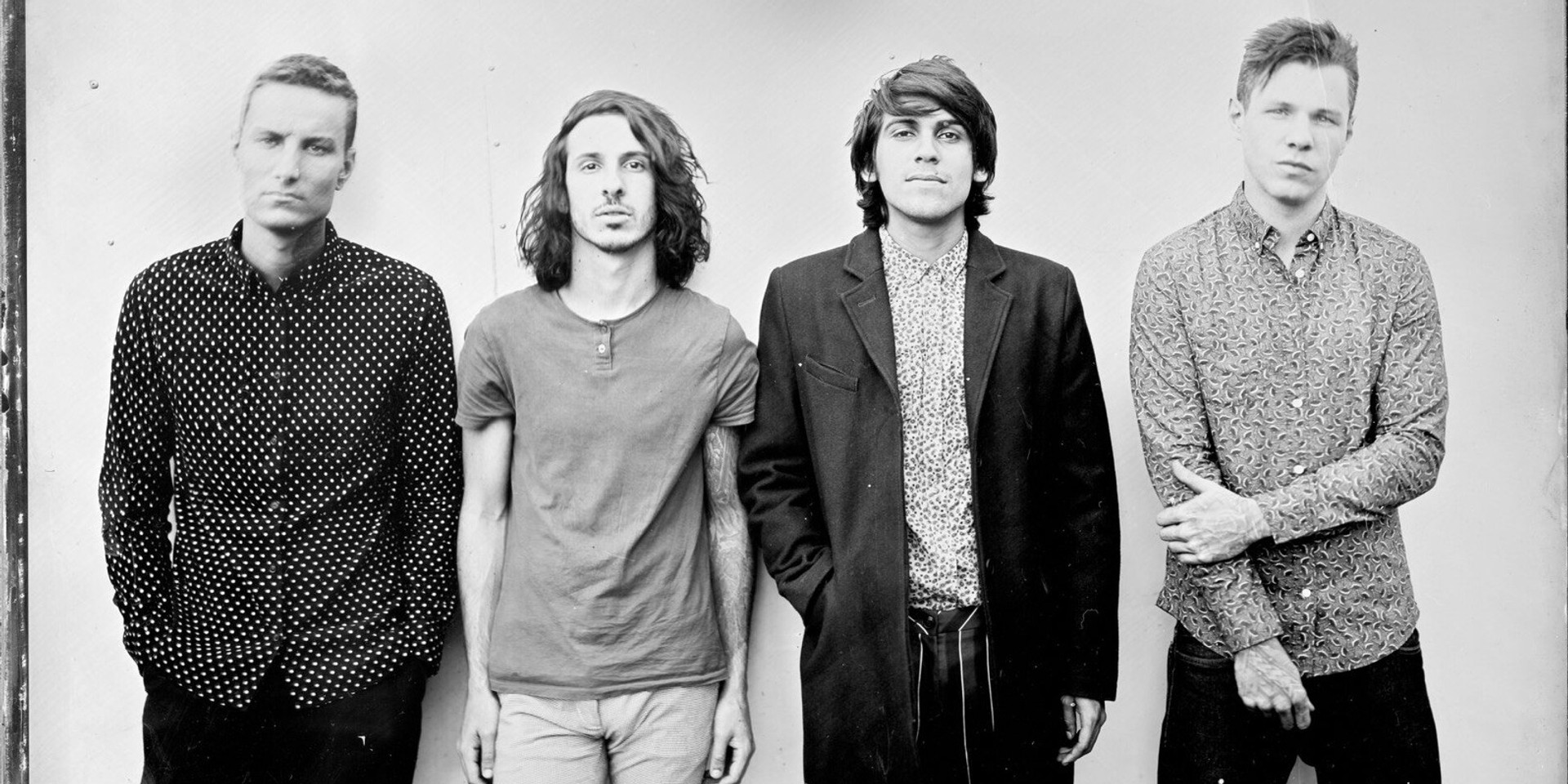 Texan post-hardcore band Crown The Empire have announced a Southeast Asian tour in support of their latest album Retrograde.

Best known for hits like 'Machines' and 'Memories Of A Broken Heart', the quartet got their start in 2010 and signed to Rise Records in 2012. The band has since toured with the likes of A Skylit Drive and Motionless In White. The band caught the eye of many with their cover of Maroon 5's 'Payphone', which was included in Punk Goes Pop Vol. 6. (Punk Goes Pop is a series of albums consisting of famous pop songs covered by pop-punk and post-hardcore bands.)

Six tour dates have been announced for Crown The Empire's two-week Southeast Asian tour, including stops in Singapore, Bangkok, Philippines and more. Malaysian metal-core band Sekumpulan Orang Gila will be supporting the band for selected shows. Crown The Empire's return to Singapore should make fans particularly happy, since their 2013 show with We Came As Romans was cancelled.

Crown The Empire will perform in Manila on 5 May at Pulp Summer Slam. Tickets priced at 805 PHP are now available here.

Crown The Empire will perform in Singapore on 10 May at EBX Live Space, presented by Rockiss and Skesh Entertainment. Sekumpulan Orang Gila will support. Tickets (Early bird at $59, Rockiss pass – which includes early entrance, meet & greet for the first 30 buyers, a commemorative laminate and a signed poster – at $99) are available here.

Watch the music video for Crown The Empire's 'Machines' below: 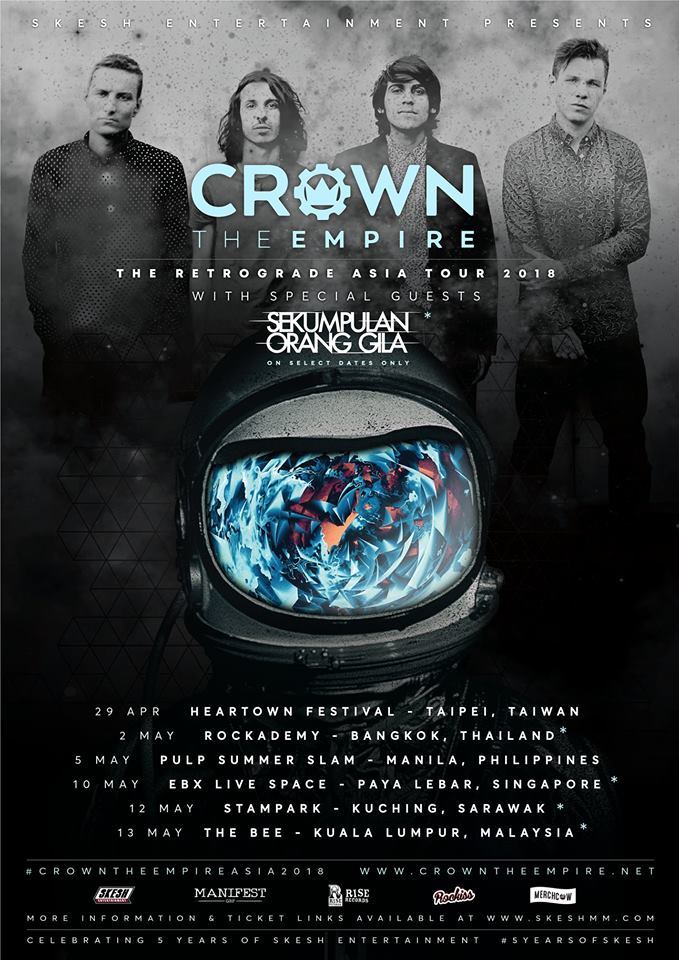