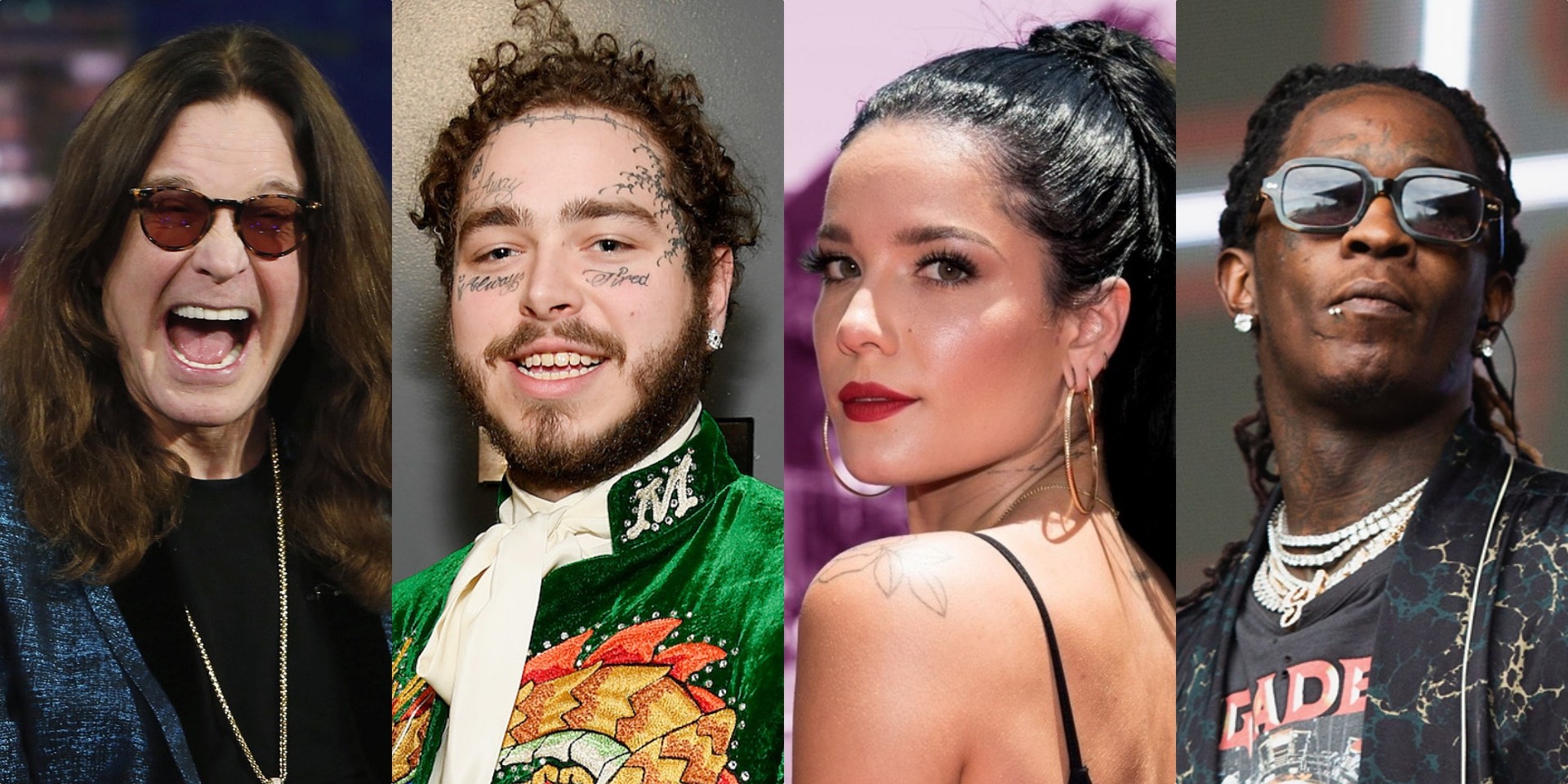 Post Malone has shared a list of collaborators for his forthcoming album, Hollywood's Bleeding, which is the follow-up to 2018's beerbongs & bentleys.

On 31 August, the hip-hop artist took to social media to unveil the diverse artist features that will be on his album, which include artists such as Ozzy Osbourne, Halsey, Young Thug, Travis Scott, Da Baby, Future, Meek Mill, Lil Baby, SZA, and Swae Lee.

In related news, Post Malone recently released 'Circles', his latest single from the upcoming album, which is set to be released on 6 September via Republic.