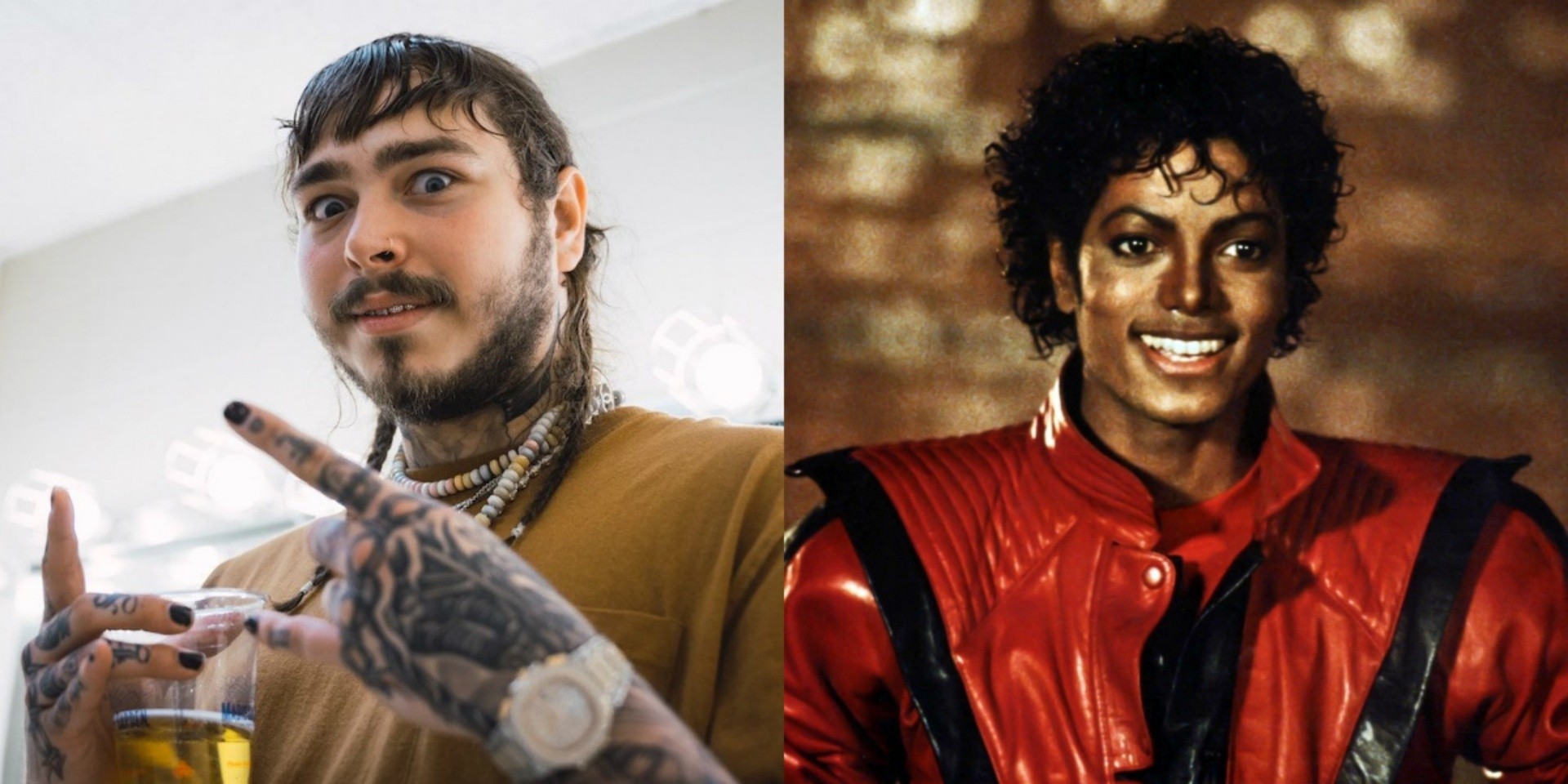 Thriller is no longer the longest-reigning opus on Billboard’s Top R&B/Hip-Hop Albums Chart. Michael Jackson’s beyond-seminal, paradigm-blasting, industry-quaking, and of course, bestselling sixth full-length has been surpassed by one Post Malone’s debut album Stoney. As Billboard reports, Thriller, which spent a record-breaking 76 weeks in the top 10 position on the aforementioned chart from 1983-1984, has been outperformed by Stoney, which, as of last Saturday, has spent 77 weeks on the chart.

While both are generally logged under the "R&B" banner, the two records are vastly different. After all, Thriller has 'Thriller' and Stoney has 'White Iverson'. Thriller, which is is still the bestselling album of all time, cemented Michael’s legacy as the King of Pop; a universally adored artist with an instantly recognisable singularity, while Stoney is widely regarded as an album-sized delivery system for ‘White Iverson’.

Still, it’s worth noting that Post Malone has emerged as a zeitgeist-seizing proposition himself. 'Rockstar' and 'Psycho' aside, Stoney has proven to have incredible endurance value. In December 2017, it claimed the mantle of taking the longest time to go to pole position on the chart: 51 weeks.

Here’s are the highlights of each album.