Post-rock is in a pretty questionable shape today. Known as “that genre” with the pretty guitar melodies, huge climaxes and no vocals, what once worked as a new, innovative sound with great potential for development is now reputed for being boring, bland, and tasteless.

Bands like Tortoise, Talk Talk and Bark Psychosis helped to develop the early sounds of what we perceive to be post-rock, while others like Mogwai and Godspeed You! Black Emperor presented it as a polished, comprehensive product to the modern listener. They also were barely conscious about the kind of music they were playing. Everyone fell in love with the idea of “no lyrics, feel what you want” and so, bands tried to cash in, churning melody after melody, crescendo after crescendo.

The problem with new, daring ideas is that after a while, they stop becoming new, daring ideas once other bands start regurgitating them. Other than the typical long songs and big-ass climaxes, everything else interesting about post-rock disappeared. While there's still plenty to defend about several post-rock bands, it's an exercise that, sadly, doesn't extend to many of the bands who wander aimlessly listening to their favourite Explosions in the Sky album again and again in search for inspiration.

Texas’ This Will Destroy You are one of the founders of modern "crescendocore". They took pretty melodies, threw in lots of feedback, and made it really loud. Don’t believe me? Check out their first album — I don’t believe I’ve heard prettier melodies with the demanding presence of a thunderstorm. 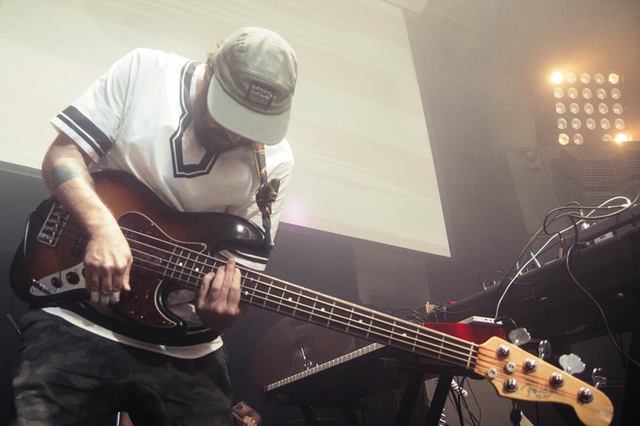 With the invasion of crescendocore, I’m sure the band’s credibility as an honest, genuine instrumental rock band has taken a hit. I’ve read scathing reviews of their live shows and albums, criticised for being way too boring and one-dimensional.

Their show here on Thursday proved otherwise, though. Keeping true to their sound, the band blasted away at old hits like 'A Three-Legged Workhorse' and 'Burial on the Presidio Banks'. Drummer Andrew Bhore sure hits his drums hard. The band stand still as they play, with no elaborate stage effects, no conversation with the audience. The boundaries between one song’s end and another’s beginning are unclear, for the band weave in little musical interludes seamlessly and effortlessly. 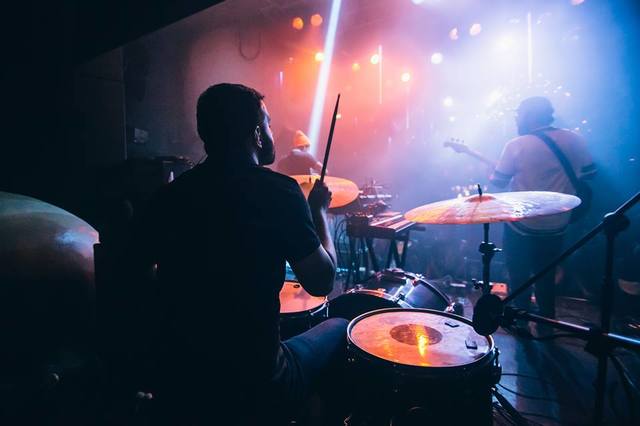 They carry on in this manner, relentlessly, for a good one-and-a-half hours. If you’ve never had a lucid dream, I’d say seeing them play is the closest thing to it. Hearing the music rise and fall so slowly till it was almost unbearable was absolutely surreal, and I daresay disorienting at times. The band's predilection for contrasting dynamics is truly something to behold live.

It’s heartening to know that the band are moving away from “that sound” that has given them a bad name; it sounds like they’re making their way into stronger minimalist territory. There were hints of it on their latest release, Another Language — which they didn’t play much of, sadly, because I’d have loved to have witnessed the album in all its engulfing darkness live. 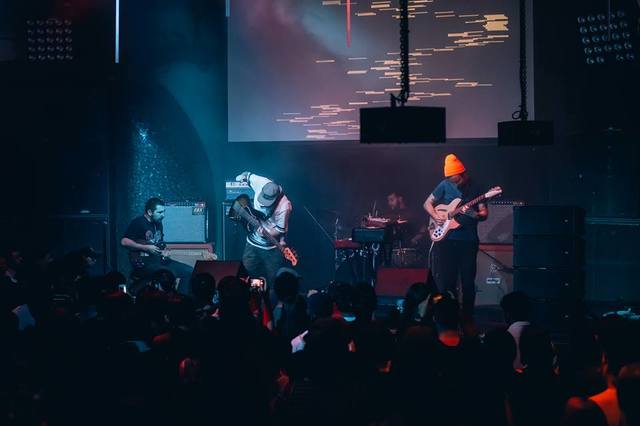 Let’s hope subsequent albums, their future shows feature more of this attitude, for I’m confident that one more album will be enough to kill all negative association the band has had with the cumbersome label of “post-rock”. And in true spirits, the band will be able to explore brand new sounds without the stigma of the current state of any style of music.

All we can do is cross our fingers and hope the copycats don’t follow.