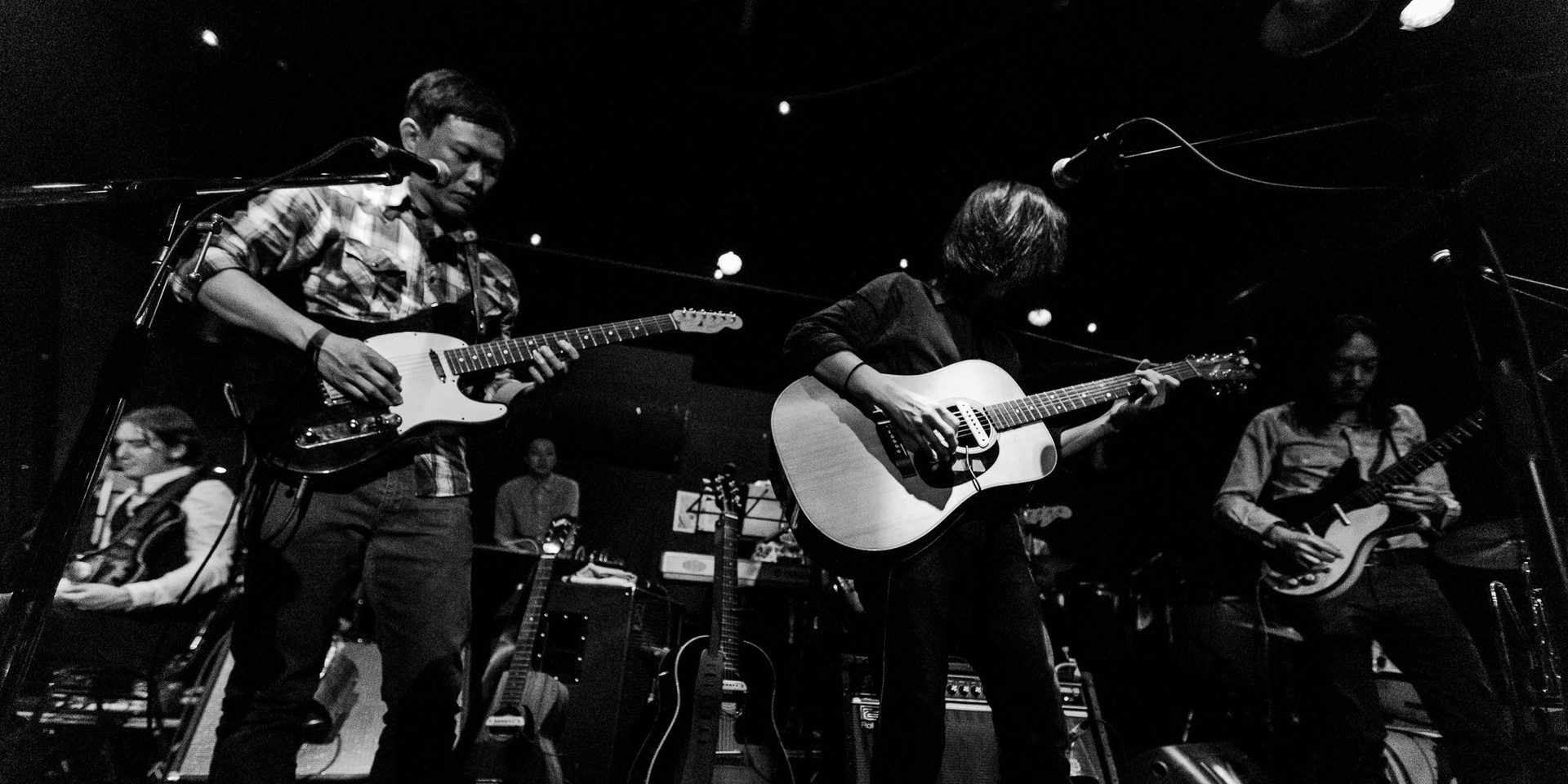 The launch show for Immaterial, Hanging Up The Moon's most fully-realized album yet, was a remarkably appropriate showcase for the album's sonic intricacies.

At The Substation, frontman Sean Lam assembled an extensive group of musicians for the show — his band members Leslie Low, Victor Low, Alexius Cai and Dean Aziz, along with close friends from avant-rock band The Observatory. A real highlight of that night was an ensemble of string players — concise in numbers but, oh damn, do they sound resplendent.

In the song 'Tiny Movements', the ensemble's lush and full-bodied strings converge with the band's strikingly interweaving melodies halfway through the performance, picking up from the original song's shuffling pace with a joyous and grand conclusion.

It's an amazing combination, and the band saw fit to record the entire performance of the song. Thanks to the band and Kitchen. Label, we're proud to premiere the video in full on Bandwagon.

Listen to the original track off the band's 2013 LP, The Biggest Lie In The World: