It was a chilly night back in 2011, February if I’m not mistaken. Among the sea of eager fans, I stood waiting for the mighty Deftones to come on stage. Having had a frivolous night enjoying Iron Maiden the night before, I wasn’t in the best of shapes to be attending a metal gig. Of course, a band like Deftones can’t be missed. Standing there, waiting, waiting and waiting. They took a while to appear, sadly but when they came onstage nothing else mattered anyway. As Chino launched into 'Birthmark' with the most unreal scream I’ve ever heard, my life was forever changed.

Two years on, I’ve always put them as a standard that every live band must measure up to (there are some exceptions, of course). Everything about that gig left such a huge impression on me: Chino’s inhuman energy, Stephen Carpenter’s earth-shattering riffs but most importantly there was an unmistakably strong communal vibe: every song had at least 10 people singing along to it, lungs pushed to their limits and all that. It was a cataclysmic feeling. So learning that they were coming back to promote their new effort Koi No Yokan, obviously I had high expectations. Starting just a few minutes into 8pm (a miracle, really), familiar faces convened onstage and we were STOKED. 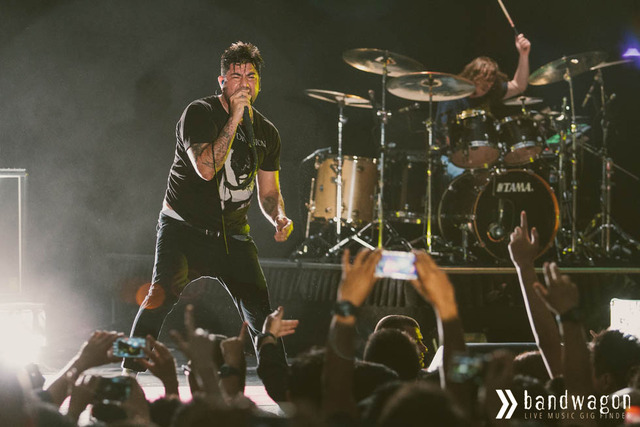 The band delivered a brutal one-two punch opener in the form of 'Diamond Eyes' and 'Rocket Skates', sending the moshpit into a flurry of flying bodies. As the set went on, I expected to be overwhelmed with the same feeling of ecstasy I had the first time. I didn't want to put such high expectations but this was Deftones we're talking about. Sadly the band were comparably more restrained this time around although they were still on top. Mellowness was on the band’s agenda that night but the fans didn’t get the memo, summoning body slams even during the more subdued moments in Koi No Yokan highlight ‘Rosemary’.

The band themselves have come far from performing in dingy clubs back in the early 90s. They've since grown into being one of the most respected rock acts for the past few decades, both for their live shows and their unquenchable penchant to push boundaries with metal.The setlist that night was a prime example of the band's eclecticism; from the ethereal trip-hop sounds in Sextape and Digital Bath to the all-out metal bangers Elite and 7 Words (Elite was especially fun in the moshpit btw). 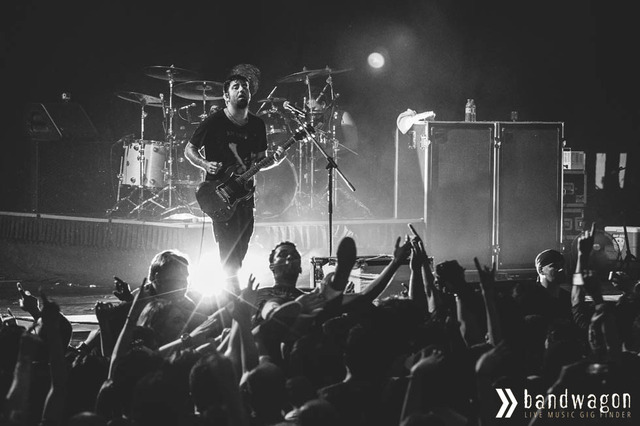 However, the setlist that night (except for the encore, of course) was dominated by the band's more introspective, dynamic material probably due to the recent death of their beloved bassist Chi Cheng. Sadly, being on a weekday night, the turnout wasn't as big as a band like them can usually command. On a positive note, that only added to an intimate atmosphere that you can’t probably get in their home country. Also, having toured our Asian neighbours before playing at The Coliseum that night, the band played a few numbers that have been absent from their setlists for years; 'Headup' and 'Cherry Waves' to name a few. Having these setlists already available online, I was excited but gravely disappointed when these songs were omitted here. But hey, they aren't jerks. Consolidation came in the form of 'You've Seen the Butcher' and 'Sextape'.

Ever the versatile vocalist, many have made praise of Chino's live vocals. His effortless ability to switch from blood-curdling screams to ethereal whispers has become the stuff of legends now. His onstage energy is awe inspiring. No doubt about it: he's one of the greatest frontmen out there to ever grace the stage. This time around, he played a lot more with the guitar but he didn’t waste time launching himself into the crowd when he needed to. Well, I learned an important lesson that night: never have high expectations. Don’t get me wrong, I enjoyed myself immensely. However, measuring a band by their previous efforts ends up being unfair most of the time. When I saw them the first time, it was a special moment that I can’t use to compare for any other future Deftones shows. Every show they will ever do is an unparalleled experience in its own. Deftones friggin rule man, let’s leave it at that.

P.S. One love for Chi, always. 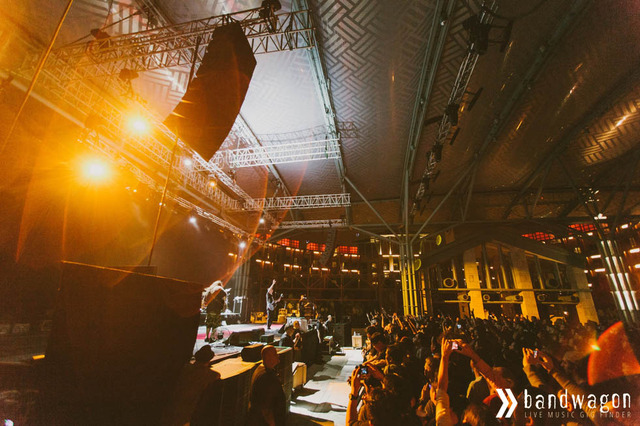 Check out the full gallery HERE!