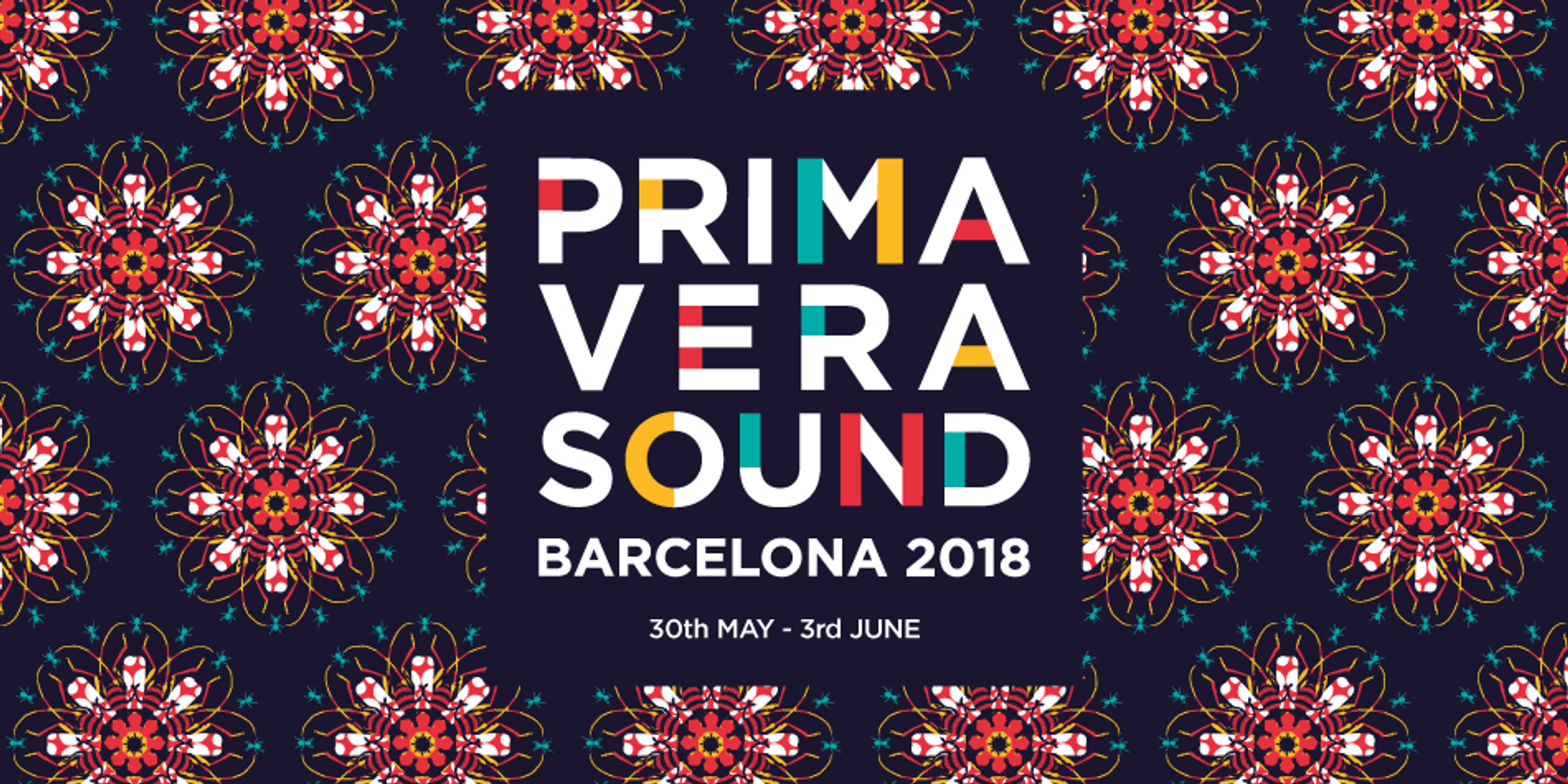 If you're planning your mid-year holiday getaway, here's a suggestion. This morning, Primavera Sound announced its lineup for 2018 – and it's absolutely stacked, as we've come to expect from the Barcelona festival.

Between 31 May and 2 June, a myriad of incredible musicians will descend upon the Parc del Fòrum, led by Björk and Nick Cave and the Bad Seeds on day one; The National and Migos on day two; and Arctic Monkeys, Lorde and A$AP Rocky on day three.

And those are just the headliners – the second-tier acts include Laneway alum (and, as of this morning, Grammy award winner) The War on Drugs, Big Fish Theory rapper Vince Staples, Tyler, the Creator, the inimitable Arca, Lykke Li, Beach House, Slowdive and Jon Hopkins. The tiny fonts, too, are nothing to scoff at – we'll leave you to scan through them (wouldn't want to give everything away, would we?) but we will say that a 6-hour Floating Points DJ set is something we didn't know we needed.

The three days of festivities will also be bookended by even more one-off concerts on 30 May and 3 June. Though post-festival shows have yet to be announced, Belle and Sebastian, Spiritualized, Wolf Parade and more will kick things off on the 30th.

Primavera Sound will take place from 30 May to 3 June in Barcelona, Spain. Tickets are available here.

Check out the festival poster below: 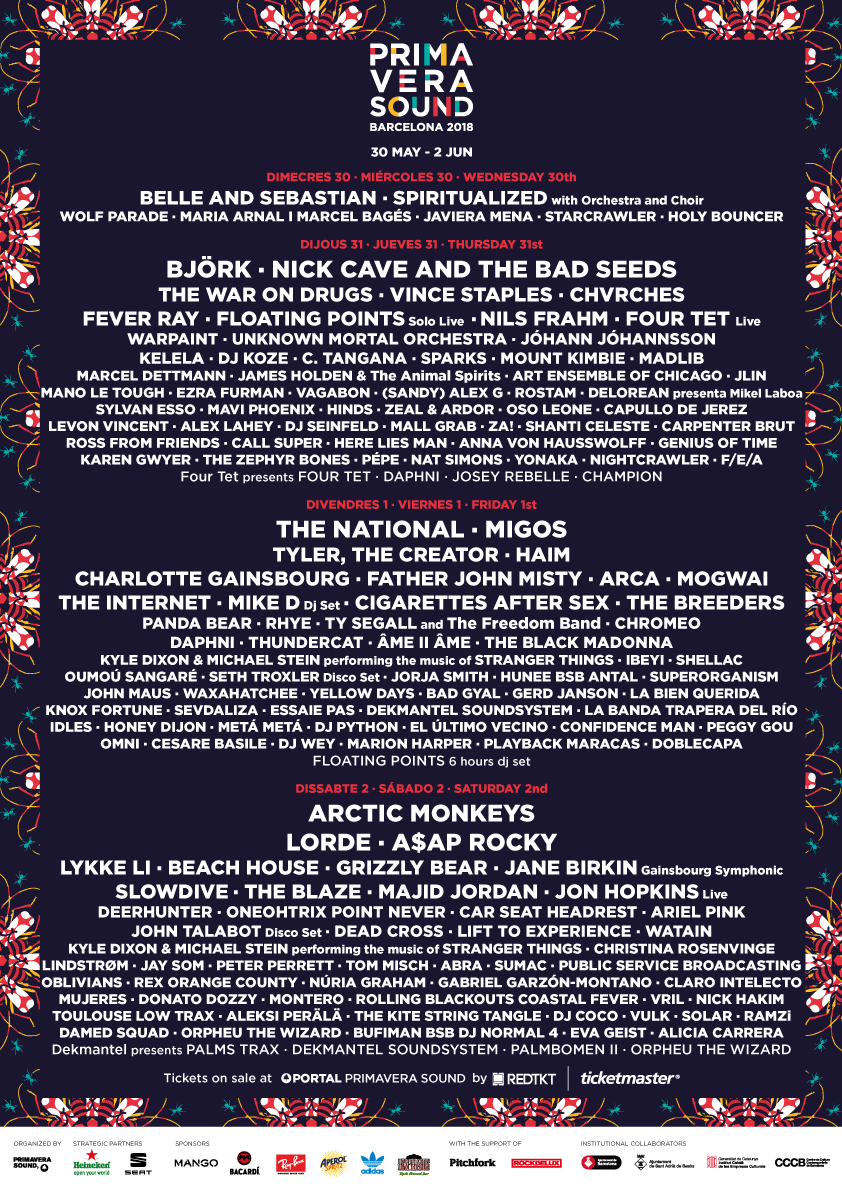