We met Simon near our office in Orchard Road for some coffee and pie before his jamming session for his first live solo performance with Empra at Hood Bar. These days, Simon Yong - one of Singapore's most prominent guitarist - is a busy man, preoccupied with the hordes of projects he's involved in. He's a music teacher, instructor and mentor at the much-beloved Thunder Rock School, while juggling gigs in Zero Sequence and Shirlyn & the UnXpected (who never fail to put up impressive shows every Wednesdays at Beer Market). To add to an already impressive résumé, he's also endorsed by ESP guitars and Audio-Technica - which says a lot about his immersion and influence in the local music industry.

In light of all his achievements, Simon Yong is at heart a romantic just like us when it comes to talking about music. Initially reserved and guarded with his replies, his eyes lit up when I asked him about his guitar and effects pedal set-up, opening up with tech lingo and anecdotes as we geeked out about electric instruments. I mentioned that we've been playing his solo debut CD Alien Stole My Whiskey on repeat in the Bandwagon office - which our boss Clarence being unable to hide his fervent appreciation for. Simon grins gleefully, and he launches into how it all began. 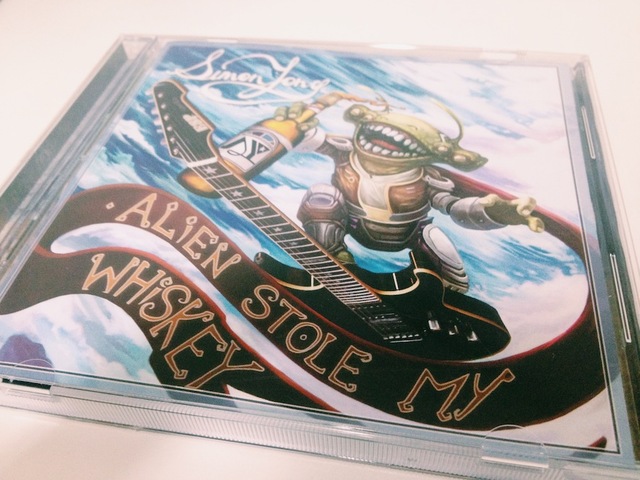 "It took me two-and-a-half years to complete it," he said in regards to his debut release as a solo musician. The album is chock-full of collaborators, featuring distinguished local musicians such as drummer Brandon Khoo, pianist Chok Kerong and even his wife Joanna Lim on keyboards. He maintains that although he writes and arranges all the songs on Alien, he doesn't restrict the other musicians in their creative input. "I want to bring out the best in them and I want them to showcase their talents." Citing the example of jazz pianist Chok Kerong, Simon wanted listeners to be able to identify his part in the second track 'An Ancient March With The King's Pipers'. It's this sense of openness and receptive ease that he brings forth to the table, such is his affinity to prog-rock.

One key collaborator who was supposed to be on the album was Dream Theater's Jordan Rudess himself, who would have contributed a keyboard solo in 'Ancient March'. The members of The UnXpected were in New York in 2012, playing gigs and supporting Shirlyn Tan's originals and they had attended the Keyboard Wizard's Master Class and Performance Clinic. Rudess expressed his excitement in discovering that the band was from Singapore, for Dream Theater was set to play in Kallang Theatre in the following month. They exchanged emails and managed to meet up here, with the band bringing Rudess to eat chicken rice off Selegie Road and to City Music to check out some keyboards. "We went into the shop and we pretty much shocked the customers," he chuckles. 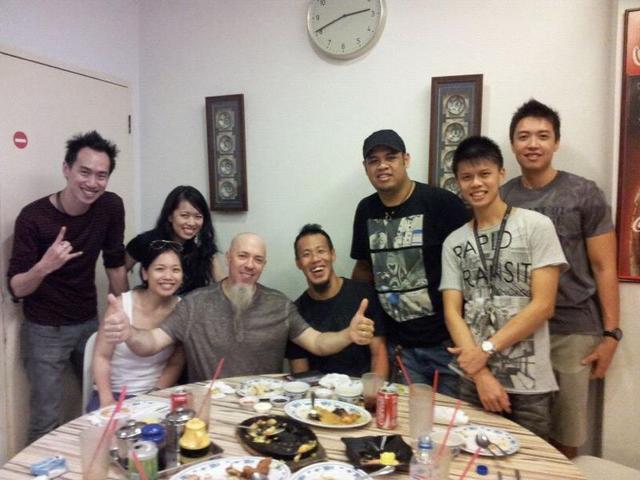 With the band building up such a close friendship with the celebrated keyboardist, Simon took a chance by asking Rudess if he would be interested in playing a 16-bar solo in his upcoming solo record. Rudess agreed enthusiastically, requesting for the track to be sent. Brandon handed him the track when he met Rudess again at NAMM 2013 - but alas, nothing materialized even after a follow up email from Joanna. "Probably the email got lost somewhere in cyberspace, probably he's busy. We don't blame him as there's a lot of restriction with the label management, and he did tell us that he couldn't promise anything", Simon recalls. "He also might be thinking, aiyah what is this small 16-bar solo", he says self-deprecatingly. In the end, Chok Kerong ("He's as good as Jordan Rudess!") filled up the space, and that was that.

We get to talking about his early days starting out as a musician in Singapore. "When you first form a band, the fastest way to play together is by playing cover songs." he says, mentioning that it was also a way to have a wealth of songs in the shortest time possible - meaning that they can hunt for gigs immediately. "If we were able to put on a good show, it doesn't matter if we only had cover songs. Bars and venues tended to call you back as long as you were able to deliver."

He also recalls being invited to play at the old Youth Park, when they were playing on a stage that was not even completely built. "There were sandbags at the side with trolleys and buckets of cement all over the place, but bands were still playing there." Despite the sloppily prepared stage, it was still an experience because it was a time when the local music community was starting to grow. The authorities however weren't happy with the rock 'n' roll, provocative shows. "When Boredphucks played there, they were arrested!", he laughs. The band were arrested back in the 90's for shouting expletives onstage.

I ask about what he thinks of the modern local music scene, and how technology plays a significant part in it. Even though Simon deals with guitars, effect pedals, amps and other electric instruments for a living, he awkwardly admits that he's not very proficient when it comes to computers. He seems nostalgic of the DIY approach in the old days, when gigs weren't publicised by mouse clicks and social network. He cites the days when The Substation still held shows at its garden (now occupied by Timbre), where the community organised gigs that had a variety of genres, promoting them with posters and word-of-mouth. "In those gigs, you'd see a variety of people from different subcultures - the metalheads, the punks, the indie kids - all in one space". He mentions that at the end of those gigs, there'll usually be splatters of blood on the floor from all the fighting and frantic moshing; something you wouldn't see in the tamer gigs of now.

But what of his influences and his interest in picking up the guitar in the first place? "Growing up listening to Hendrix, Led Zeppelin, Nirvana and the rest, I wanted to learn everything", he says, "I wanted to learn to play the blues, learn how to improvise, learn how to play guitar solos." He started to become more serious, and eventually decided to make it a point to know everything about the instrument, and actually be a guitar professional. He wrote a few instrumental songs that solidified into two tracks in Zero Sequences' Flight of Transcendence. The instrumental songs attracted the attention of Fretboard Frenzy (a community of guitarists that includes the formidable likes of Rosli Mansor, Simon Lai, Wendy Phua) who invited him to join the circle. It was a milestone, and one that he hugely cherishes. 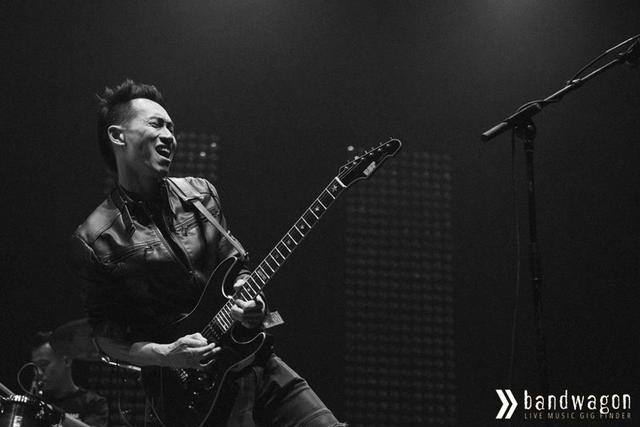 Coming to the final minutes of the interview, I asked him the question that was on my mind from the start - why such a random album title? Simon laughs and declares that he doesn't take himself too seriously. "I like to inject a lot of humour and I bring a playful vibe in the songs I play," he says, mentioning the times when he'll insert video game theme songs subtly in the cover songs he plays live. The album title is a reference to the alien-like sound effects he accidentally achieved on his guitar in the title track and decided to name it so. It's a summary of everything about Simon Yong the musician - technically proficient and vastly talented but never taking it to pompous heights. Sure he likes to show off once in a while (which guitarist doesn't) but he knows when to take it easy: all the efficiency of prog-rock, without all the seriousness.