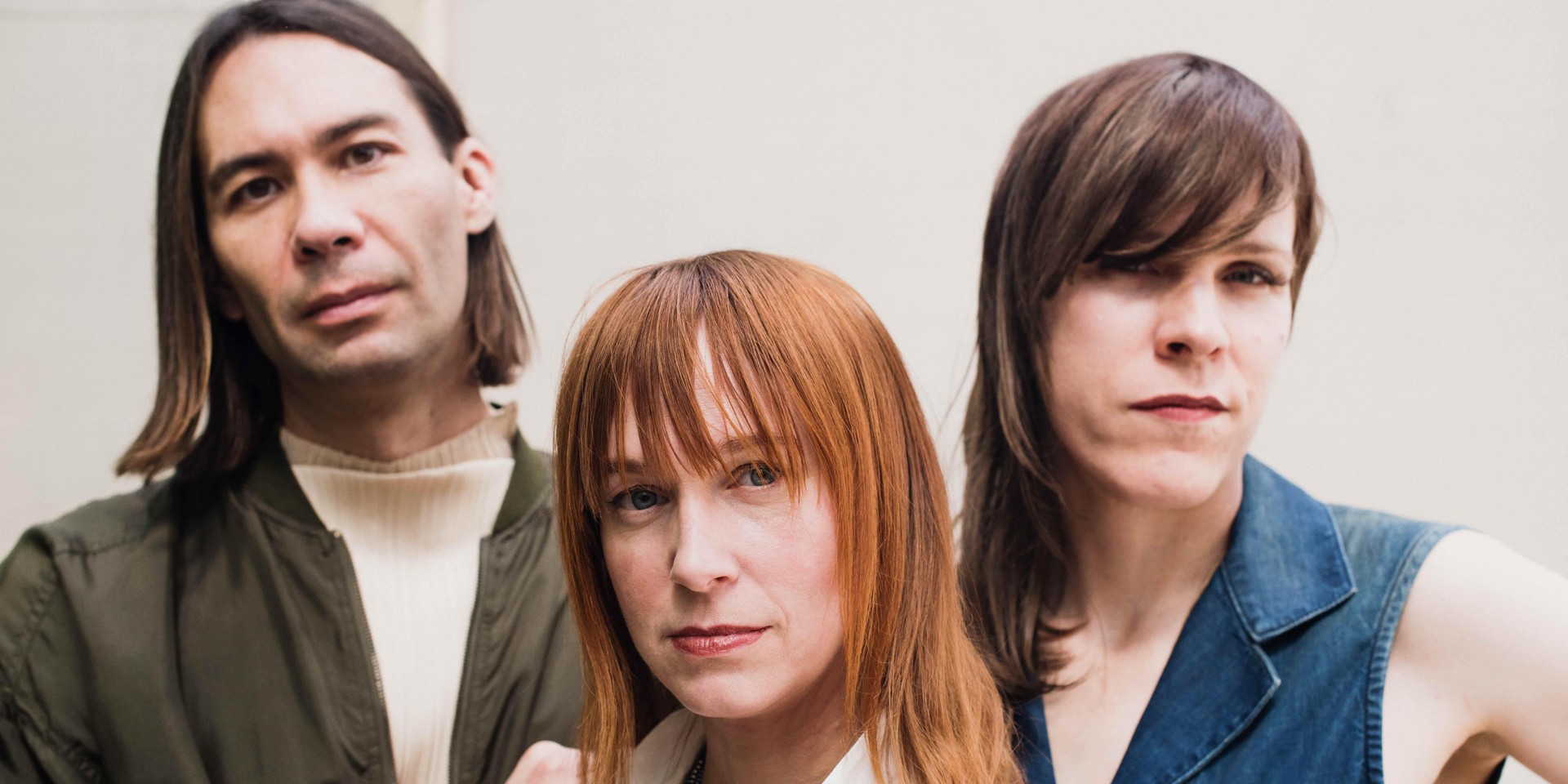 In 10 days, Rainer Maria will land in Singapore to begin their very first Asia tour ever. That their cathartic brand of emo rock could take them so far afield from their home base of Madison, Wisconsin and later Brooklyn, New York was hardly thinkable for Rainer Maria in the mid to late 90s, when they were most active and pushing the envelope of Midwest emo with their label Polyvinyl Records and contemporaries Braid, American Football etc.

Caithlin De Marrais, Kaia Fischer and William Kuehn formed Rainer Maria in 1995, tirelessly gigging and releasing music – including the much-loved Past Worn Searching (1997) and Look Now Look Again (1999) – for more than 10 years. In 2006, they called it quits. But as the band tells us in the interview below, they reunited to play live and also released a new album titled S/T last year.

Read on for our interview with Rainer Maria about the thinking behind naming the album S/T, how their reunion happened, gender politics within the band and more.

There is something bold about an album that’s titled after the band’s name – as if it could be the band’s defining artistic statement – but in this instance Rainer Maria complicated that a little by naming your album S/T. What was the thinking behind that?

Kaia Fischer: In effectively self-titling the album, we weren’t in any way trying to negate our previous work. So there may be something to the idea that using “S/T” instead of “Rainer Maria” softened what otherwise might have looked like a tabula rasa approach.

There was also a pragmatic angle—our first six-song EP having been self-titled, we needed a way to differentiate this release from that one. But honestly neither of those things were at the front of our minds at the time we named it. “S/T” was, I guess, the closest we could come to having the album be completely untitled. It’s not Rainer Maria, “Rainer Maria.” It’s just us. Hi!

Rainer Maria put out S/T last August. Has touring the record – playing the new songs repeatedly live and talking to fans and friends about the songs – changed the way you think of the album?

Caithlin De Marrais: Touring the record has given us a deep appreciation for the opportunity to play these songs live. We all feel very grateful for the chance to talk to fans about the new record. We wrote and recorded it together with the intention of live performance. My intention when I perform a new song is to invite the audience into the feeling of it. The album is very personal but written intentionally to evoke and share.

Rainer Maria reunited at a New Year’s Eve show in 2015. We’re now in the age where an economy has sprung up around musical reunions, which include big headlining festival slots and nostalgia concert formats (like playing an entire album in its entirety, for example). Were you approached with any such deals? Do you have any thoughts on the (comparatively pretty low-key) way Rainer Maria reunited?

Caithlin: We were approached with a benefit show and that was part of the catalyst of us initially meeting up again. From the start it was clear that our intention to play together again was a desire to write new music. We wrote new songs for about a year before we decided to play our old songs and book our first reunion show. We felt very inspired to write together but it was also a very low key feeling of hey, we just really like playing music together.

In 2016 American Football put out new music for the first time since 1999, and Braid’s Frame & Canvas recently celebrated its 20th anniversary. Rainer Maria is recognised as an integral presence in that Midwest emo scene, though you are now based more in Brooklyn. Did you feel part of a strong scene back then, and do you feel more of a ‘Brooklyn band’ now, or just a band that happens to be based there?

Caithlin: We felt part of a thriving Midwest scene but we also felt a part of a larger national group of touring punk, emo and indie bands. We toured within a few months of forming Rainer Maria and we played with many bands we had previously set up shows for back in Madison, Wisconsin. The midwest emo scene was certainly our home base. We toured extensively with bands like Braid and American Football. We also frequently played with bands like the hal al shedad, from Atlanta, The Van Pelt, Mates of State and Rilo Kiley.

We relocated to Brooklyn and I think it definitely had an effect on us. We made a new home at our rehearsal studio and venue Northsix (now Music Hall of Williamsburg). We were very grateful for all the opportunities NYC opened up to us.

Kaia, you started living openly as a trans person during the hiatus. The emo scene which Rainer Maria was also associated with was very much male-dominated (but by no means male-only). Have the gender politics within the band changed in any way? Do you talk about these issues more, or differently?

Kaia: Neither of my bandmates were very surprised when I started transitioning. They have both been completely amazing throughout the entire process. Insofar as they had any concerns at all, it was only that I was taking care of myself throughout the process. I couldn’t have asked for more from them. I don’t talk about it a lot but I am extremely, extremely grateful to them for this.

This is going to be your first time in Singapore. How much control do you have over your touring schedule? Are you actively making the effort to hit places you didn’t have the opportunity to play in before 2006?

William Kuehn: The world has opened up to Western musicians since we went on hiatus in 2006. Playing in Singapore, Manila and Taipei were not a realistic possibility for a band like Rainer Maria back then. When we were offered the opportunity to perform in these cities this year, we were very excited and honored. We can’t wait to explore new places and meet new people. Thank you for having us!!!

Rainer Maria will perform at SLED Productions x Decline on Sunday, 13 May at 8pm. Tapestry will support. Standard tickets priced at $30 are available here now.