In October, the aptly-titled Handmade Tour will take Raisa to several cities in Java, including Bandung, Surabaya, Malang, Solo and Yogyakarta, as Rolling Stone Indonesia points out. Tickets can now be purchased through the website of the tour's official partner, Elevenia.

Known for delicate, R’nB-tinged pop music, Raisa’s no stranger to massive audiences. Despite that, Handmade Tour will be her first solo tour throughout her 9-year career—a career that’s seen a collaboration with Peabo Bryson, sold thousands of records and cultivated a steady fanbase.

Oh and not to be outdone: Raisa will be performing tonight (9/13) at our Bandwagon Stage at Music Matters Festival, so there’s that. 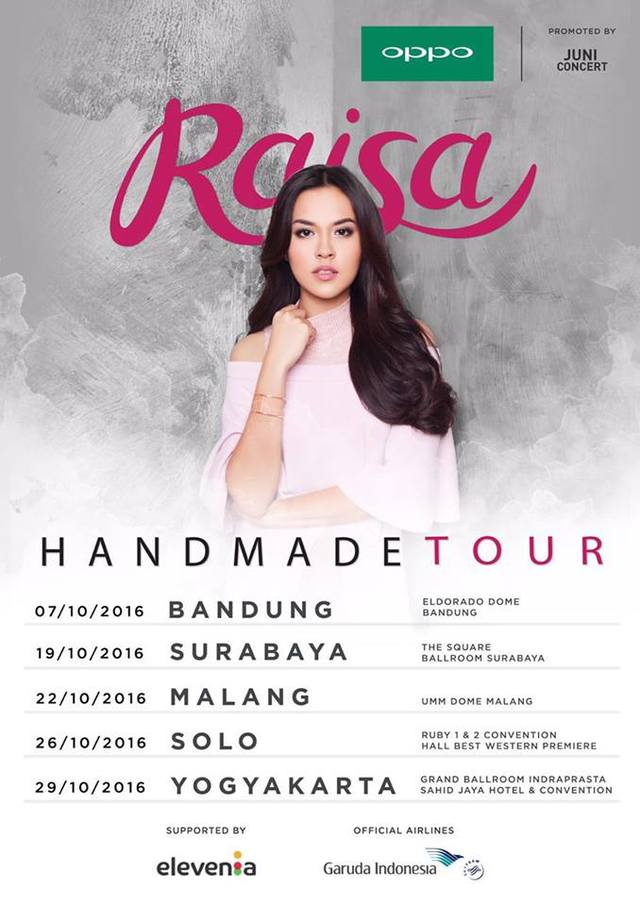