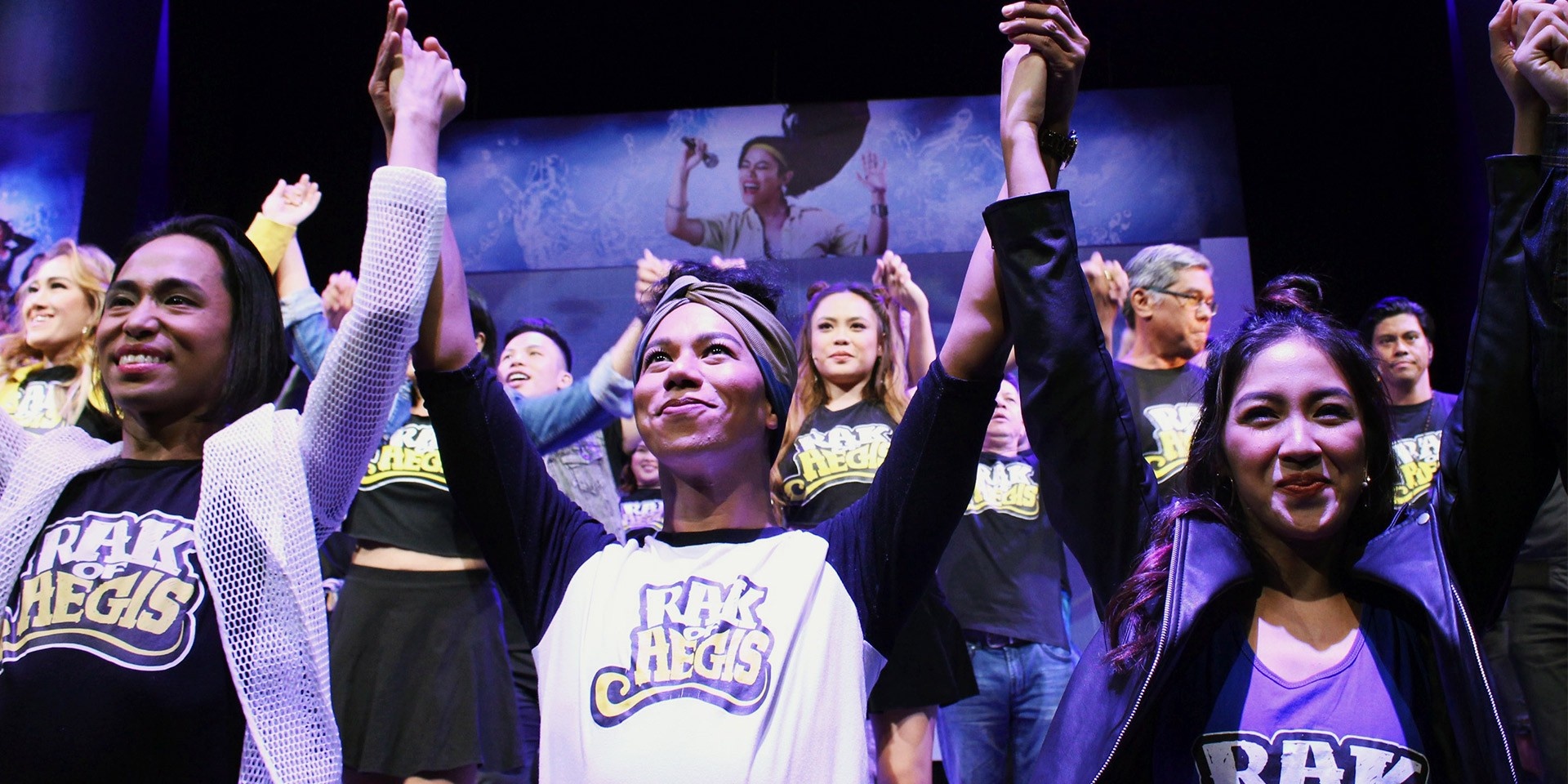 Rak of Aegis is returning to the stage later this June, and PETA is giving you a new reason to check out its latest run of the iconic Maribel Legarda-directed musical inspired by the music of '90s hitmakers Aegis.

Staging a total of 77 shows from June 20 to September 2 at the PETA Theater Center, the sixth run of Rak of Aegis stars fresh faces chosen among hundreds of hopefuls from Hu Got Talent: The Search For the Next Rakstar to join the original cast.

Returning to reprise their roles are Filipina singer Kim Molina, Isay Alvarez-Seña and Robert Seña, 'Stars are Aligned' singer Jimmy Marquez, together with Pepe Herrera, who recently starred in the Sugarfree musical Sa Wakas as Topper with Abi Sulit, and more.

Rak of Aegis follows the story of Aileen, who dreams of becoming a viral YouTube sensation to expose her barangay's flooded conditions with the world. Tickets are available at PETA or TicketWorld outlets.

Get a sneak peek of 'Basang Basa sa Ulan' with Kim Molina, and the newest Aileens, Princess Vire and Shaira Opsimar below.