There are two questions you never really want to hear during family gatherings – the “Why you start a band?” and “Ah you can sing, right? You sing Karaoke OK?” But apart from being the resident relatives’ entertainer, being in a creative group and making work that you love are two of the greatest luxuries in life. It’s also classic Robert Frost – the artist takes the path less travelled. But cognitively, that’s the only option that was ever truly available. Expression or bust. If these people don’t get to say what’s on their mind they’d probably die. I’d want to listen to these people. 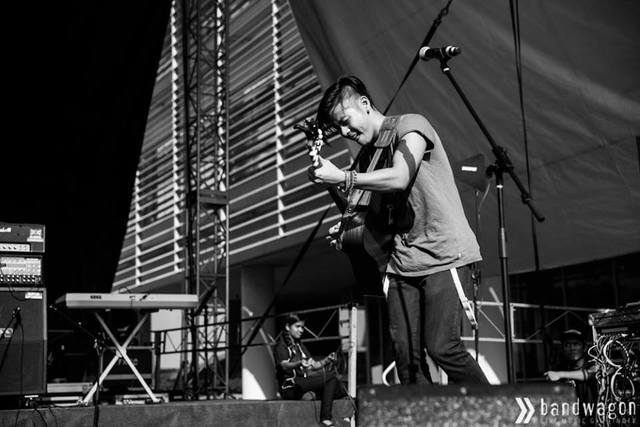 BAND ON THE RUN

For The Sam Willows, the excitement of creating music was compounded by the fear of a future with desks and sanitized stationery. Not that there’s anything inherently wrong with that. We just felt like we had different stories to tell, and a very fun idea of how we could do it. Ask any musician and they’d jump at the chance to tell you about their music, what inspired them, and what they hope people will take away from it. There’s nothing selfish about this industry, it’s a network, a nebula of emotions. One inspires the next. Who wouldn’t want to be involved in something like that?

I’d hate to say Singapore (Singapore), but we’re so demographically unique that local artists are already cultured to position themselves smartly. We held to the belief that if we worked hard and created good, accessible music, people would listen. Finding Your Sound, could just as well be a book written by all local music moguls. The phrase is constantly being thrown around, but how do you actually do it? Who should we be singing to? From the average townsman to the towkay, the heartlanders and hipsters to the silver spoons… You have to pick your spots, fill the canvas. So I suppose that’s Step 1. And the hardest at that. Once that’s done pretty much everything else falls into place.

Apart from that lump of philosophy, the social media platform is such a fun and annoying place to be. There’s just so much to do! We meet it with such ambivalence. But it is an important frontier; never discount the idea that somewhere out there, Western suburban trophy-moms/cougars with their primped progenies and mid-week lunches could really dig your stuff. 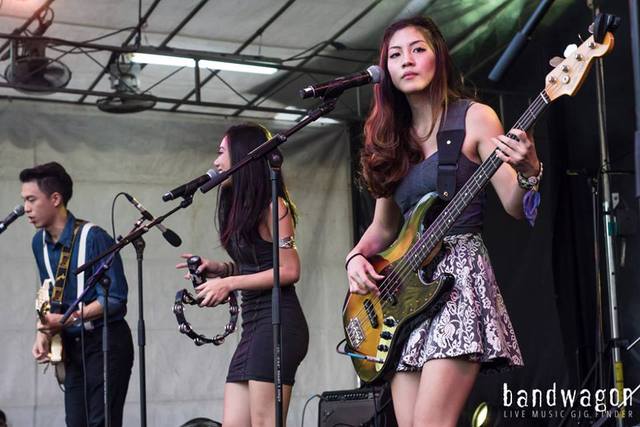 I’ve had the privilege of juggling both music and an embryonic thespian career, and in doing so I’ve met the coolest people ever – freelance performers. Cool not because they’re famous, but because they put on the greatest juggling show in modern history. You’d struggle to find an ounce of free time in their calendars – they plough through 2 separate rehearsals a day, a TVC shoot, media interviews, and still find time to reapply make up and clean out their bird cages. Nobody complains – it’s something you humbly accept. Your initiation into the artist world means developing a concise working tempo that you can run with, compartmentalizing your brain so you can shuffle paradigms without putting your head through a wall (unless that’s your job).

Right now we’re all juggling, and we always will - school, work, side projects. At some point, we had to remind ourselves that music was no longer a supper-time hobby, it was full-on. We couldn’t wait for inspiration to hit us because there was no time for that. We had to go out and find it. And once we did, we found it by the truckloads. 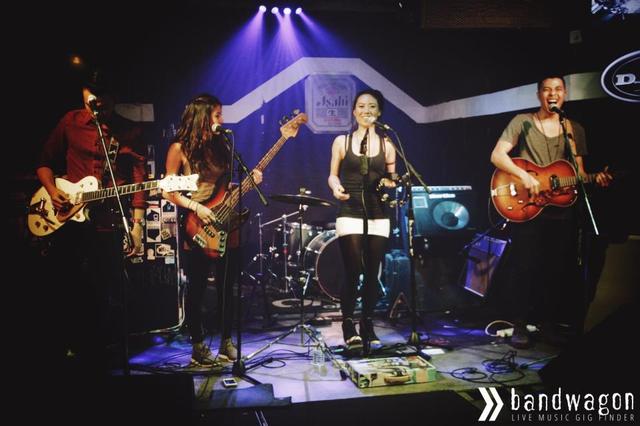 The best advice on writing songs I’ve ever received, was to never stop. You’re standing in the middle of a football field, the goal roughly 50 yards away. Would you take your chances with ten soccer balls at your disposal or a hundred? As a songwriter you’re not a single-barrel shotgun, you’re a turret. Out of the shower of bullets you throw out one’s going to hit the head. Out of your first 50 songs, number 50 might be the gem. But you’ll never get to number 50 if you write 12 and make a record.

The surrealism hits somewhere in the middle where you feel your synapses click with your bones, and you hit a chord inversion or a lyrical stroke of genius and realize that finally, you’re evolving as a songwriter. Your first 10 songs will be crap, and mandatory crap, because the gold is buried underneath that self-doubt. 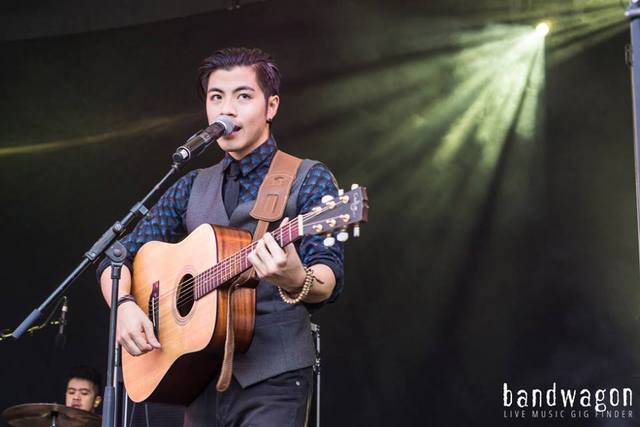 EVERYTHING IN ITS RIGHT PLACE

Again, once you take care of who you are, all other entities fall into place. Even 2 months in, we tried our hardest to make sure our brand could work. Full-time wasn’t even a consideration then; we were just happy to put our music out. Then all of a sudden, shows started coming and we nestled in the happy problem that it was. We were very fortunate.

Our very first show was at the Esplanade Library. An absolute face-palm of an afternoon. Murphy threw his Law hard on us. Wrong midi sounds, messy acoustics, flat harmonies and an emotional breakdown. What made it worst was we actually invited folks to come and a sizeable crowd turned up. They were forgiving, but we were laughable.

In hindsight, it was a beautiful set. It taught us more than any of our later shows ever did.

The process of making the EP was as exhilarating as it was depressing. Each of us was pulled in all directions – emotionally, spiritually, musically, anatomically (we’re sure someone pulled a muscle somewhere). Your first record should ideally be your most frustrating, and we did our best to live up to that decree. We questioned every creative decision, every choice of sound / chord / lick / font / hairstyle. Nothing seemed to be in unison. Our co-producer, Bang Wen Fu, bless his soul, is a genius. But even he had trouble sorting our mess.

About a month from the end, things started making sense. Here’s an excerpt from a blog post we put out at that time:

"Where are we now? How far down this path are we, and which path? Where does our reticle lie in the success spectrum of integrity and economy? You get the feeling that you’re walking into a descent, a valley, where all your previous ribbons of ideals and things you intended to say are just distant thoughts. And now you’re just drowning in the trivial: some stupid vocal run, some affected tone that has turned sour.

But I think it’s in those places that art is born, refined, moulded; that character and poise and love can froth into fruition, into something unimaginable. Just like a midlife crisis – do you end up with the Porsche and a burned wallet or a bigger heart and deeper sense of purpose? The valley is the gauntlet, the testing ground for cooler heads and sharper minds, in music or life. Big decisions can be made on surface level – words are cheap currency – but can you hold it up as you plough through the valley?

Art is the finest language. Art made of the air is beautiful. But art of the valley, is something else." 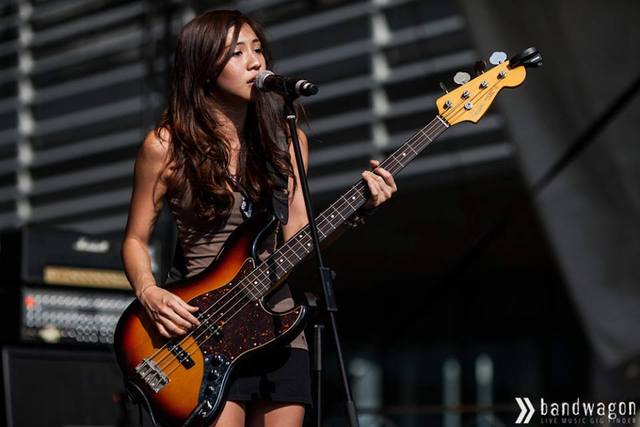 THE SHOW MUST GO ON

The EP launch at TAB was one of the greatest nights of our lives. We handled a huge amount of the admin and preparation ourselves, but were blessed enough to be able to engage a bevy of support. It was a solid 3 months of errands, packing, painting, documenting and screaming.

We planned for what we thought would be a 200-strong crowd at best and were blown over by the 500+ people in attendance. It was unbelievable. Midway through the second set I caught Jon (Chua)’s eye and we both shared a grin – Could this really be happening? 500 people dancing and singing to a simple tune we wrote at 2am. It was surreal.

We have so many people to thank for helping put this together. It’s times like these you understand why people use the term Family, because there’s no other way to describe them. 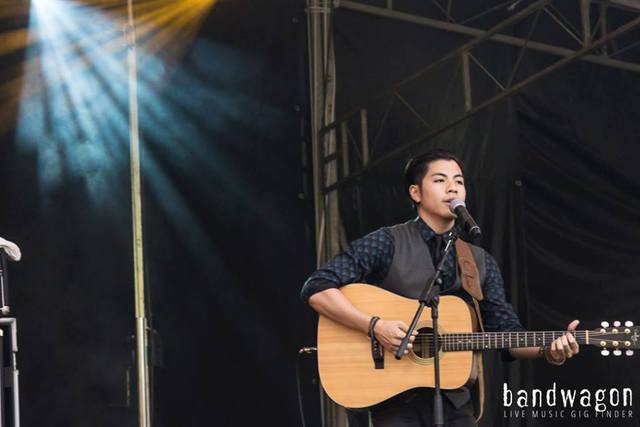 FINAL CUT : ON THE FUTURE OF SINGAPORE'S MUSIC SCENE

I know it’s been said before but I really do feel like we’re on the brink of something massive. Maybe it’s because the friends I grew up with are all throwing down the gauntlet and giving the industry their all (like our dear Clarence and the brilliance of Bandwagon). And that a privilege it is! To catch some of that wave and go with it.

I want to see a greater passion on both sides – a conduit of love and fervor from both the audience and the artists. You see it in speckles of demographics and genres, but other times it’s marred by destructive competition and cliques. It’s a natural occurrence of course, but thankfully the scene here is very edifying. Just count all the bridges and collaborations across spectrums. Music opened up my life and I hope we get to do the same for others. At the end of the day, we’re all fighting on the same side. 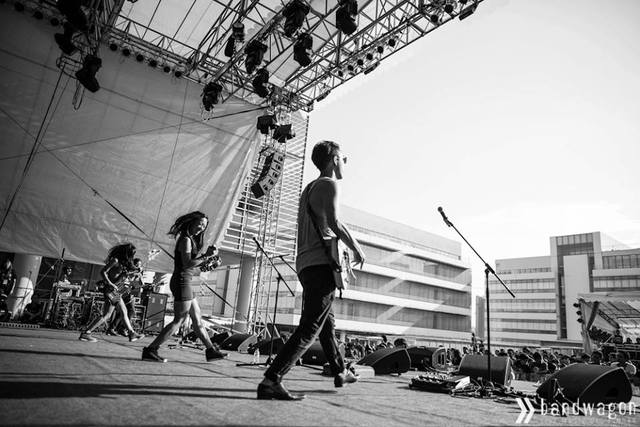