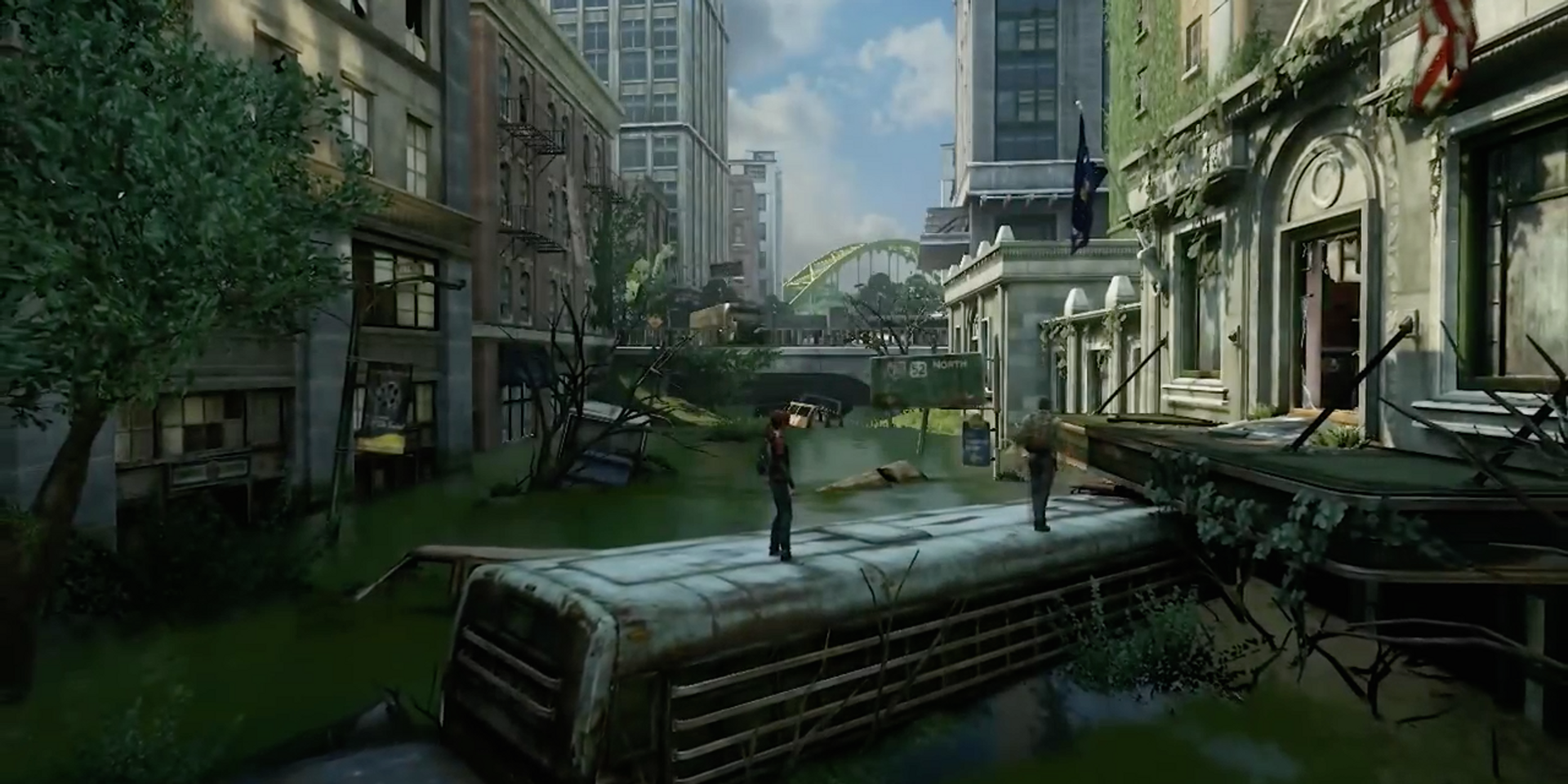 Music and gaming have always gone hand in hand together, especially so in the past few years. Gaming soundtracks (and gaming as a medium really) have been increasingly worthy of critical praise and attention -  and recently the title The Last Of Us keeps cropping up around gaming circles. The highly acclaimed Playstation exclusive chronicles the journey of Joel and Ellie, survivors of a deadly fungal infection that has ravaged the world as they trek across the bleak post-apocalyptic landscapes of the United States in an exceptionally mesmerizing and deeply moving story about the human condition, among other themes. The Last Of Us truly deserves all the awards it has received (over 200 "Game Of The Year" awards) since its release in June last year, and has since been regarded as one of the most important video games ever made.

Now remastered for the Playstation 4, the new and improved game sports a significantly improved graphic quality that makes use of the console's power, and is out in stores today. Presented with an interview opportunity by our friends at Sony Singapore, we couldn't resist having a chat with the minds behind this masterpiece: Neil Druckmann (Creative Director) and Bruce Straley (Game Director) of Naughty Dog, the studio behind Crash Bandicoot, Uncharted and more. Check out what the masterminds had to say about their remastered magnum opus, the importance of storytelling, working with world renowned composers and more! 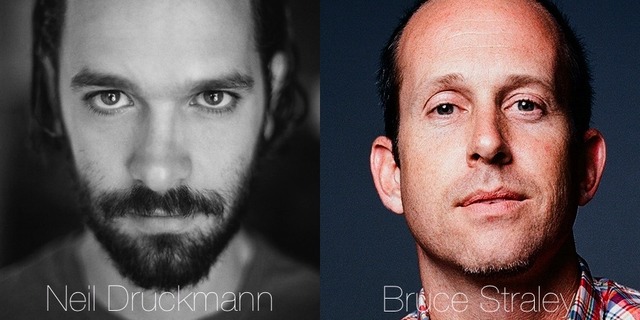 The Last Of Us seems to elevate the platform of gaming to a higher standard - one that firmly establishes how modern video games can be truly appreciated for its beauty and emotive power. Did you guys ever think from the start how tremendously successful/impactful the game would be?

Neil Druckmann: When Bruce and I were brainstorming, we felt it could be awesome. We’ve always wanted to create a game that we as players wanted to play. However, given the subtlety of the narrative and the game’s slow pace, we were concerned that it could be too niche and may not appeal to mainstream gamers.

Bruce Straley: It started out with two of us brainstorming, and the funny thing is – even with the numerous awards and acclaims, we still feel like the game is not perfect. The development process took us three and a half years, and we still see the bugs and problems every time we play the game. We just tend to notice the things that are not right.

The game is very film-like in narrative, what were some films and books that helped influence its creation?

N: When Bruce and I watched No Country for Old Men, we left the theater with a sense of awe - the dialogue, music, and high intensity of the movie were all of great influence. We were also influenced by City of Thieves, a historical fiction that covered the dark themes of survival, friendship, love and loss. We found the book's overall tone very intriguing.

B: And of course, it was BBC’s Planet Earth series where we chanced upon the concept of Cordyceps. Neil and I were watching it separately but it was something stranger than fiction and I felt it was possibly the worst thing that could happen to any human being – to have parasites taking over your body while you are still conscious.

What was the thought process and creative process behind the creation of these complex and emotional themes - did story take initiative, or gameplay?

B: We had a lot of conversations and worked out the major beats together at the beginning stages of the development process, discussing what kind of gameplay we want to have in the game.

However, we went separate ways as soon as we started working on the production with the bigger team: Neil focused on writing the story and dialogue, and working with actors, while I took care of AI, lighting, art direction, etc. We would still talk to each other and communicate as much as possible, and always shared our new ideas. All decisions made were based on our agreement that the game should be a full experience of both story and gameplay, not just one or the other.

What inspired you to make the characters and relationships such an integral part of the game experience?

N: From early on, our vision was, "Can we make a player, as Joel, bond with Ellie?".

We learned from various writing courses and talks that the best writing is personal. On a more personal note, I had a daughter in the first year of development and that too, was a big influence.

What were some key challenges you faced when trying to convey the intensity of their relationships and feelings to the audience?

B: Building a bond with Ellie. In order to make Ellie feel like an actual person to the players, there were tons of challenges on AI. Ellie had to respond to the ways players play the game, and if we fail to build the players’ attachment to Ellie, the game would fall flat.

N: We were very fortunate to have Troy Baker (as Joel), Ashley Johnson (as Ellie) and all other cast members. We couldn't have done it without them. 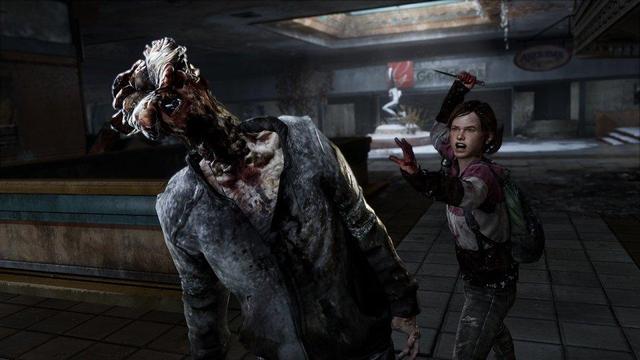 What do you think of the current trend of developers like Valve moving towards more of the multiplayer direction and less on story-heavy single-player games?

N: That's less competition for us! But I hope it's not the general trend because I'm not a multiplayer kind of guy. It's a little depressing for me because I love Half-Life 2 and other works done by Valve.

B: It’s hard to say about our future, but we have a team that writes great stories for games, and by the reception we had with The Last of Us, it shows that there are people out there who respond to great games with great stories. I think there is a certain hunger for such experiences, and we believe in the possibility of using interactive media to engage users with stories.

Considering the broad technological jump between the PS3 to PS4, what would you have done differently for The Last Of Us if it was created for the newer console?

N: PS4 has much more memory, so the development would have been much easier! With PS3, we were constantly fighting with memory limitations during the development period. 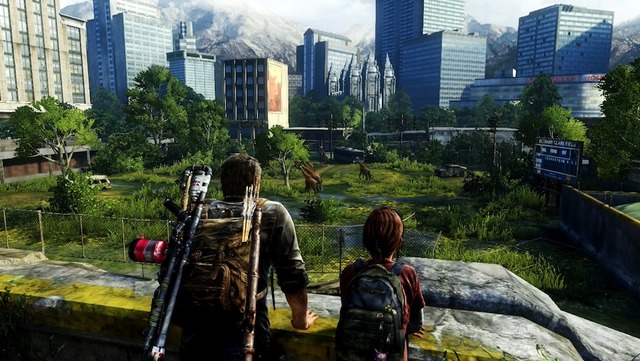 B: You can do many things with more memory – a greater variety of animations, more complex AI, better rendering and the like. We’ve just started scratching the surface of PS4. This experience has definitely given us a head start on our next game, Uncharted 4. It's great to have our game running on PS4 at this point, so that we can dive into the system and find out what can be done with it.

Why did you choose to work with Gustavo Santaolalla to compose the soundtrack and how did you first hear of his work?

N: We always liked his work on Motorcycle Diaries, Babel, and Brokeback Mountain. There was something about his music that really appealed to us, and we had a lot of his songs in our music folder.

When we were going through that folder with a SONY Music representative, he suggested contacting Gustavo. We met with Gustavo, and we did the same thing that we did for Troy and Ashley – we went over the entire story, characters, and so on, and he accepted the job job right away with no hesitation at all.

B: It was a cool day. The energy and response he had was so genuine – he was intrigued by the story and felt drawn to the characters, his decision was really quick, and it seemed like it had nothing to do with money or career. It was a cool day.

What influence did you guys have over the overall sound design?

N: The first piece that Gustavo shared with us was the main theme, "The Last of Us", and Bruce and I both felt like he nailed it. It captured the tone of the game perfectly. After that, we would meet him regularly to show him new art assets, and he would bring new songs. We used pretty much everything he created.

What are some of your personal favourite video game soundtracks?

B: Limbo is my favorite. Other than that, I listen to the Akira soundtrack once in a while.

N: I like Metal Gear Solid soundtracks. One of my favorite movie soundtracks is "Road to Perdition".

Anything you'd like to say to gamers on our side of the world?

N: Hearing how people from the other end of the world connected with Joel and Ellie’s story is remarkable to us. Thank you very much for playing our game.

B: We represent a big team that worked on The Last Of Us Remastered, and I'd like to say thank you on behalf of everyone. We are really lucky to be doing what we do. Thank you! 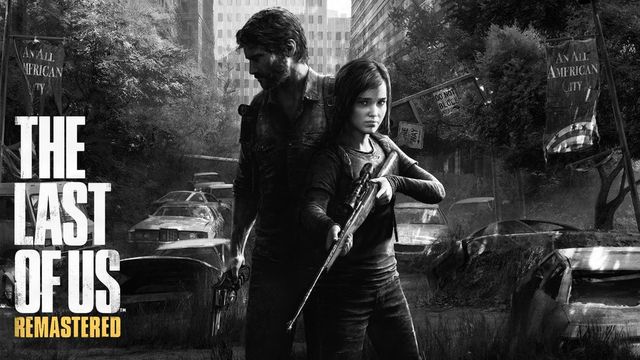 The Last Of Us Remastered

Watch the reveal trailer for The Last of Us II: