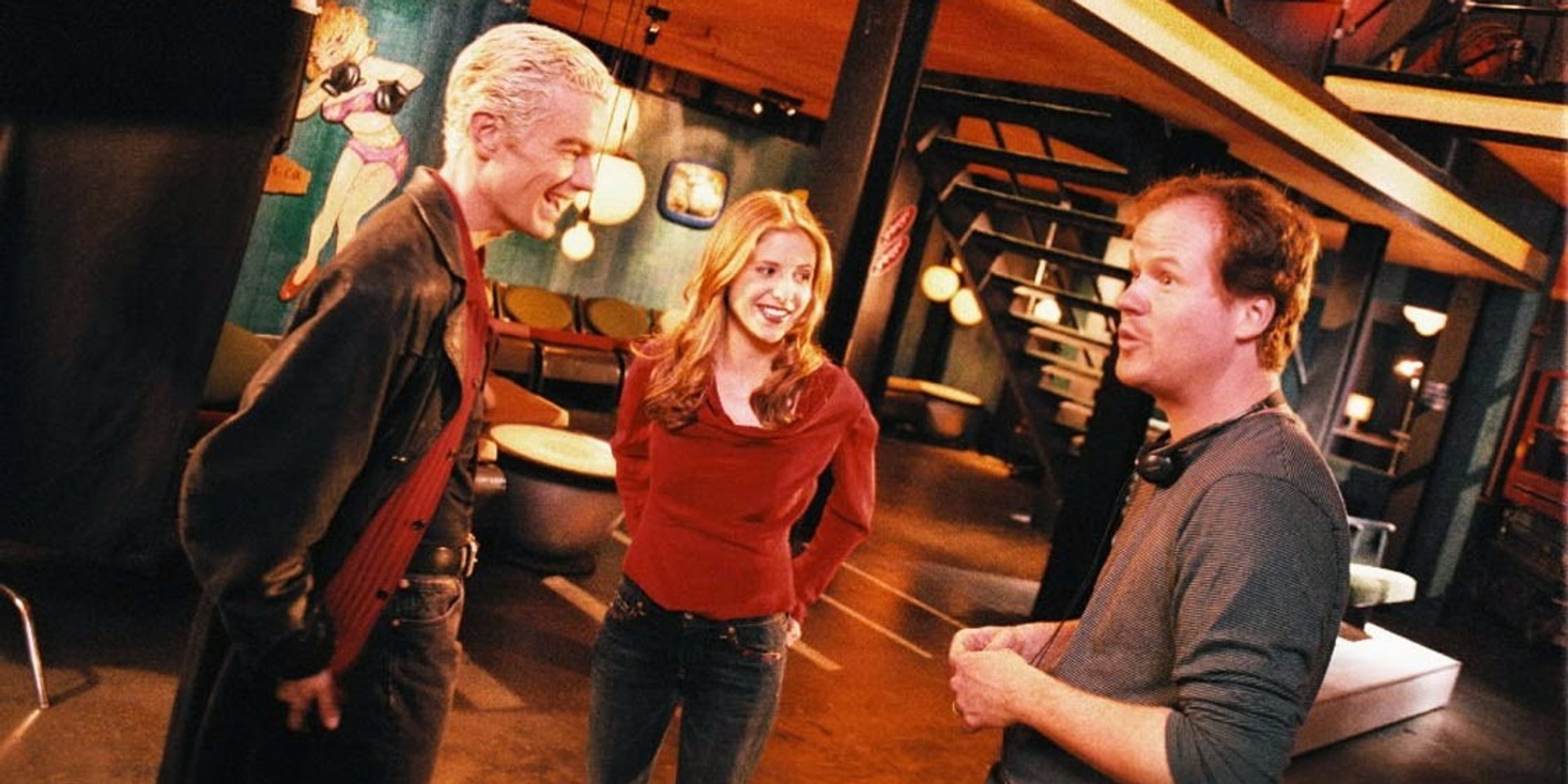 Although filmmaker Joss Whedon has become this giant Hollywood behemoth in recent years thanks to his work on big-budget blockbusters like The Avengers, we'd like to think his most beloved creation is still the one that brought him to the dance - Buffy The Vampire Slayer.

Sure his subsequent shows like Firefly and Dollhouse still have pretty fervent cult followings, his runs on comic-books like Astonishing X-Men and Runaways are celebrated, and his writing on films like Toy Story and Cabin in the Woods helped him break out into the the mainstream. But in the end, at every convention panel and in every interview, the questions all eventually come around to Sunnydale.

For seven seasons, Buffy The Vampire Slayer consistently conjured some of smartest and most subversive storytelling on television, presenting salient coming of age parables and sharp gender commentary from week to week. Forget the fact that the show strove to break format whenever possible to showcase adventurous episodes in different genres - the Emmy voters still couldn't look past its "silly" title or unabashed fantasy trappings.

Take for instance season four's silent episode 'Hush', which featured almost no dialogue and heavy reliance on psychological suspense to drive home its creepiness. That was almost certainly a big "F U" to people who criticized the show for being overly dependent on snarky banter. Season five's 'The Body' presented death in a deeper and more mature fashion than anything else on TV at the time, and the episode's insistence on not using a score at all (so audiences won't be told how to feel) further emphasized the brilliant writing and acting on display.

Both aforementioned episodes, written and directed by Whedon himself, are certainly contenders for the show's best hour ever. But as time has proven, the one that most fans still point to as the show's most daring piece remains their audacious season six episode 'Once More With Feeling.' Sure the show was known for jumping between farcical comedy and shocking tragedy to camp horror and serious drama on a whim - but a musical!? That would seem pretty insane even by today's standards.

And keep in mind this before shows like Glee became a phenomenon (coincidentally, Whedon also directed an episode in season one called 'Dream On') and long before Joss himself did Dr. Horrible's Sing-Along Blog in 2008. But as you can see from the man's future resume, he's pretty darn good at doing musicals - and his first foray into the genre was where he learnt the ropes. 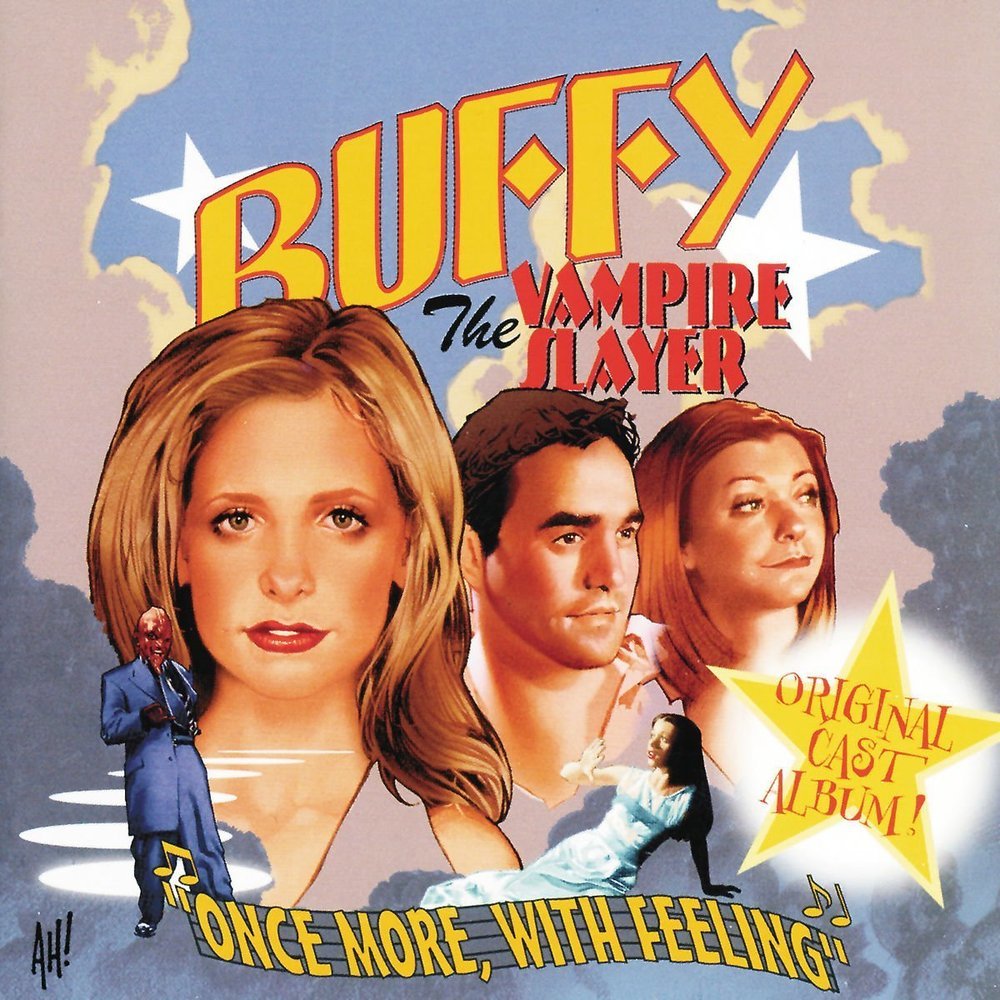 "Whedon's chosen narrative device went from superfluous in synopsis to absolutely necessary in execution. It seemed patently absurd that these characters could be adequately serviced through song and dance numbers (especially then, because season six was Buffy's darkest and most depressing), but it worked, it totally worked on every conceivable level."

Taking it upon himself to compose every musical piece in the episode (his virgin attempt at writing music), Whedon deftly penned songs in a wide variety of styles ranging from 1950s sitcom theme music to rock opera anthems. And this wasn't just a vanity project either, the music was crucial to fleshing out his characters' hidden emotions and darkest-kept secrets. The fact that the music itself turned out to be very, very good (even sans context) was icing.

Each character's lyrics stayed true to their individual personalities - even as they dealt with every integral issue plaguing Buffy and her gang (The Scoobies as fans affectionately call them) at that moment. The storylines leading up to this grand cathartic release were built upon so much repressed anger, frustration, passion and sorrow that the only way they could have been properly expressed was through song.

Whedon's chosen narrative device went from superfluous in synopsis to absolutely necessary in execution. It seemed patently absurd that these characters could be adequately serviced through song and dance numbers (especially then, because season six was Buffy's darkest and most depressing), but it worked, it totally worked on every conceivable level.

From Buffy's mid-tempo opening number 'Going Through the Motions' lamenting about her uninspired life to Xander and Anya's hilarious duet 'I’ll Never Tell' ("our number is a retro-pastiche that's never going to be a break-away pop hit!") crystallizing their doubts about their impending marriage - every character was colourfully developed through cutting stanzas and catchy choruses.

And with a show dealing so regularly in the supernatural, the mechanics of breaking out into song could easily be explained through magic - or in this case, a Broadway-trained, bride-seeking demon named Sweet. Played with charm and smoothness by stage star Hinton Battle, Sweet's numbers were undoubtedly the slickest - but regular cast members Anthony Head (Giles), Amber Benson (Tara) and Emma Caulfield (Anya) showed off surprisingly good pipes as well.

Outside of that though, the singing wasn't... great. Nicholas Brendon (Xander) and Sarah Michelle Gellar (Buffy) were serviceable, but Alyson Hannigan (Willow), as talented an actress as she is, obviously couldn't hold a tune, which explains why she went through the whole hour without singing more than two very brief lines (and one of those lines was, "I think this line's mostly filler").

But then again, none of them actually needed to sound great. The fact that some of the cast struggled vocally actually added to the story, because it made perfect sense that just because a spell forced everyone in town to sing out their innermost thoughts doesn't necessarily mean that everyone would sound fabulous.

Famously, lead actress Gellar was so petrified of singing on camera that she initially insisted that Whedon hire a professional singer for her vocal parts. Whedon begrudgingly agreed, but Gellar eventually grew dissatisfied because the emotional crux of her character's season-long arc would be delivered by proxy. The idea of someone else (who couldn't possibly understand Buffy's motivations as well as Gellar did) delivering Buffy's pivotal lines bothered her so much that she decided to sing anyway.

And therein lies the key to why this episode went beyond function to flourish as well as it did. It was all about the characters coming clean emotionally, and no amount of shaky crooning could take away the meaning or impact of what they expressed. Musicals can sometimes be a gimmick, but this wasn't one of those times. 'Once More With Feeling' was a rhapsodic masterclass in writing, directing and composition that's emblematic of the show's brazen willingness to defy convention.