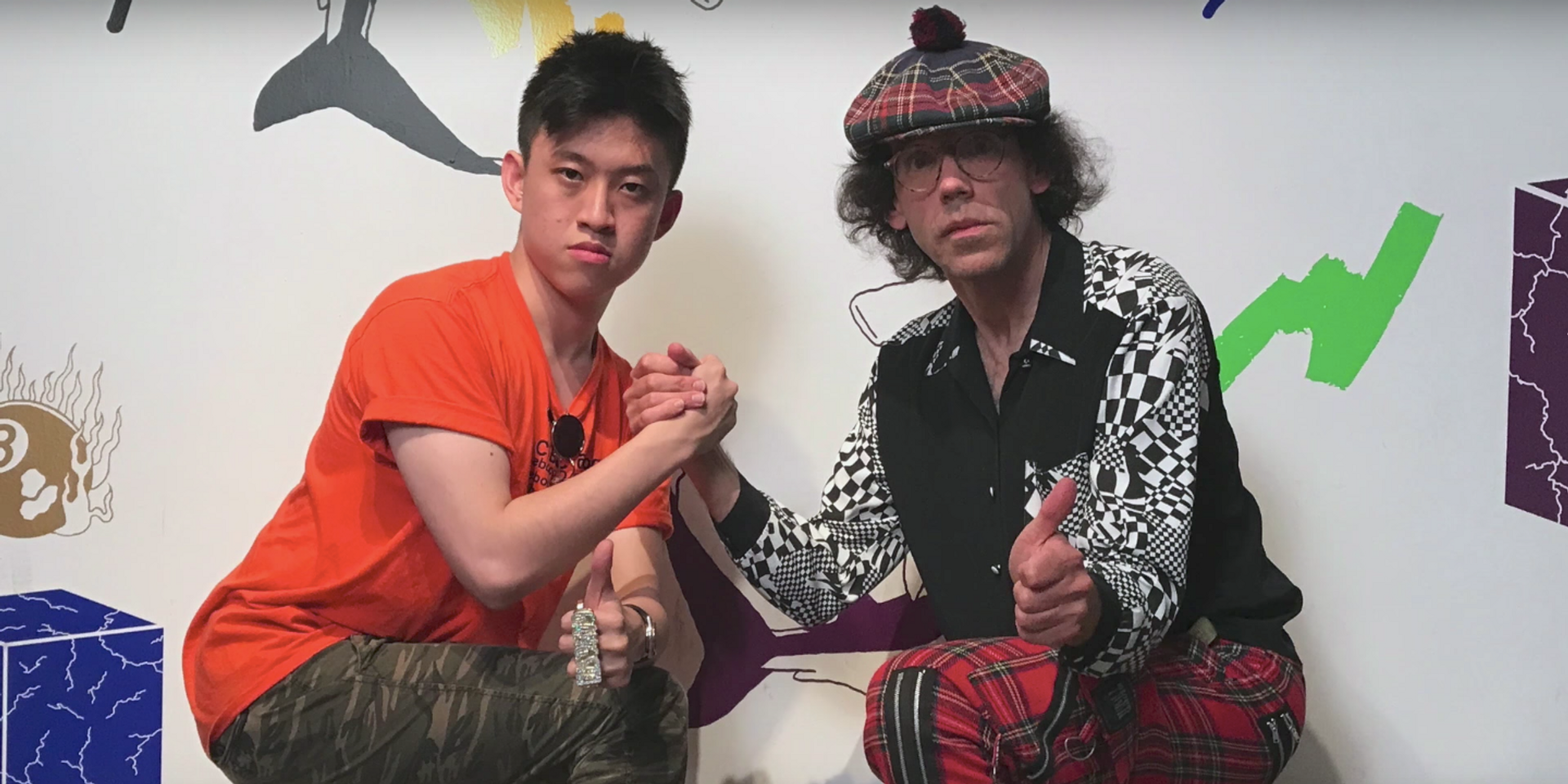 If you're not aware of Nardwuar, one of the Internet's brightest personalities, be prepared to get hooked on his interviews for hours.

The Canadian journalist has had a rich and illustrious career interviewing important figures — from Snoop Dogg to Justin Trudeau — and his zany and incredibly meticulous style of interviewing has earned him the respect of anyone and everyone in music.

His latest fan? Rich Chigga, who was interviewed by the man himself in his hometown of Vancouver in British Columbia, Canada.

While Nardwuar's in-your-face form of journalism did not go well with certain people back in the 1990s — we must warn you, his interviews with Sonic Youth and Blur are heartbreaking — the age of the Internet has prepared many budding and established artists of his tricks, from asking obscure questions that show an inhuman amount of research, to gifts that have stunned even the stoic-faced Pharrell.

The 17-year-old is clearly aware of Nardwuar's nature, but even he gets disarmed immediately with questions about his prodigious background as a competitive Rubik's cube player, his blogger sister's singing abilities, and even gets schooled on 70s Indonesian psych-rock.

And in the rarest of Nardwuar interview moments, even Indomie gets a shoutout, with Rich Chigga singing a line off a famous Indomie jingle.