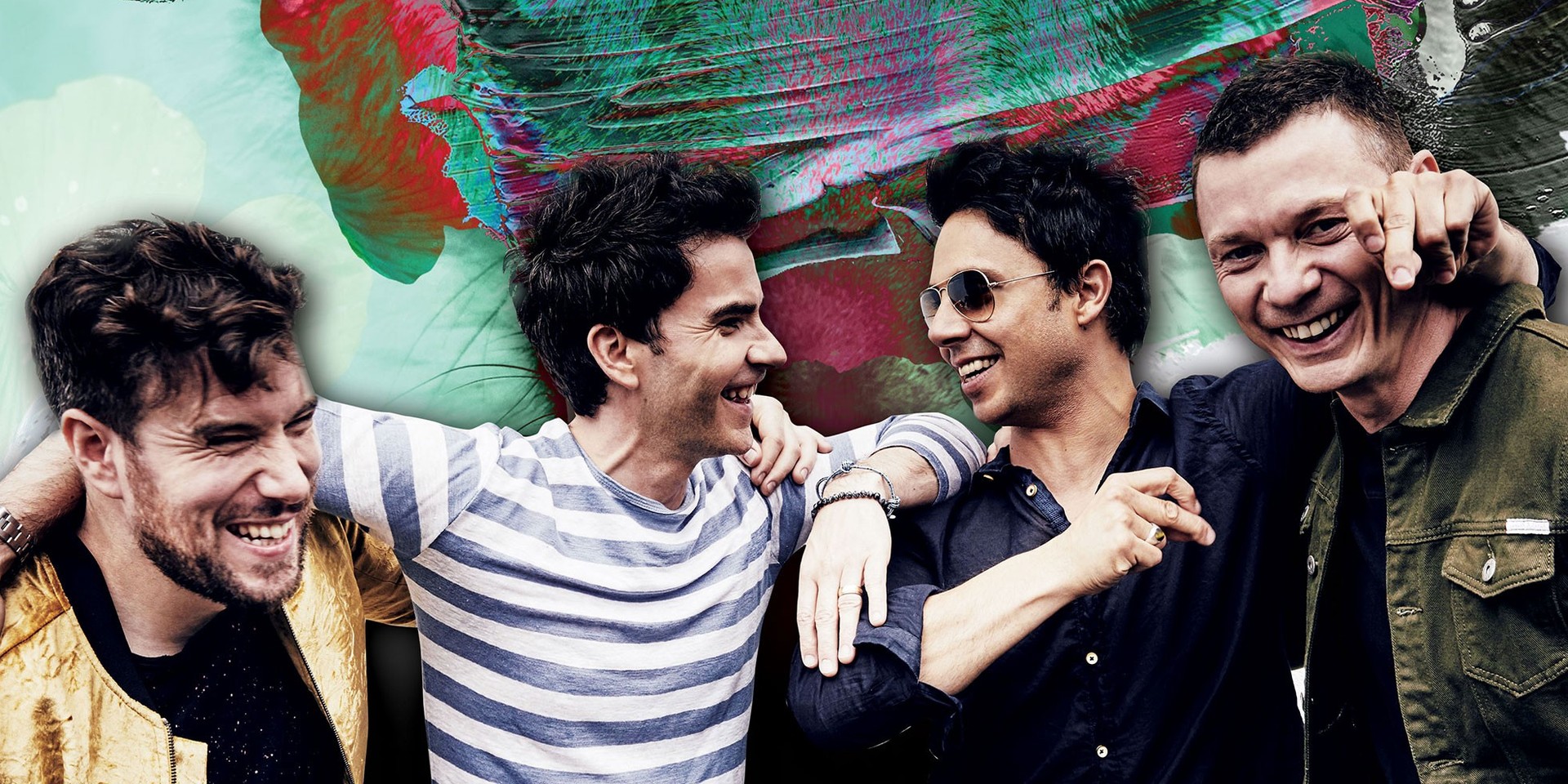 Stereophonics are a band familiar to most - the Welsh act goes way back to their formation in 1992 by founding members Kelly Jones, Stuart Cable and Richard Jones, and they never took a break since. Their 1997 debut album World Gets Around peaked at number six in the UK albums chart, and they continued to produce 10 studio albums and 40 singles that bore the hit single 'Dakota' and 'Maybe Tomorrow', which was played during the credits of Academy Award-winning film Crash.

Never afraid to push boundaries with their music, Stereophonics refuse to be classified under a single genre, keeping their sound varied across albums. This versatility has attracted an evolving audience of both young fans that have recently discovered them, and older fans that have stuck around since their heyday.

Bandwagon spoke to bassist Richard Jones about their most recent album Scream Above The Sounds, the band’s development over time and more, ahead of their fourth show in Singapore. Read the full interview below.

Before we get to the tracks, tell us a bit about the band’s 10th studio album Scream Above the Sounds – how did the title come about?

The album was recorded between October 2016 to January-February 2017. Some of the songs were from previous sessions. It was quite a quick process getting this album together and very spontaneous, very natural. I suppose the album Scream Above the Sounds is part of 'All In One Night', it kind of relates to how much news and information is always bombarded through the Internet, or 24 hour news on TV, constantly on the radio. I suppose it’s just a reflection of that constant information bombarding our thinking.

You said that we’re bombarded with information these days. Kelly Jones also mentioned a couple of times, the conundrum of being constantly distracted and consumed by technology. I guess that’s quite a scary thing that this record is based on, yet he called it “hopeful”. How did it turn out that way?

As entertainers and musicians you have that job to transpose people from their everyday lives and take them on a journey. We always try and make people feel better with our music. Sometimes the content of the lyrics may seem, I suppose dramatic and sometimes thought-provoking, but at the end the music is always uplifting, or maybe the other way round. Sometimes the music is very dramatic and can seem very dark but the lyrics will be uplifting, so there’s always been that juxtaposition with our band.

Amidst the many high-energy songs in this album, ‘Before Anyone Knew Our Name’ really stood out to me. The lyrics are a heartfelt tribute to the band’s former drummer Stuart Cable that bring us back to the time when you guys just started – the three of you, Kelly, Stuart and yourself, and the drive you had back then. What’s a vivid memory, or perhaps an anecdote that comes to mind when you think of that time?

Well, it is just three guys from a very small community in South Wales and we all believed in what we’re doing and challenged older beliefs. I suppose we never gave up that thought, and when we were first travelling around for the record deals we never jumped upon the first deal. We always talked about what would be best for the band, for what we were actually trying to do. We’ve always had that goal amongst the three of us and it was always about doing the best for the band rather than personal gain.

And now, without Stuart, would you say that the spirit still lives on in the band?

Yeah, it’s always been there. And actually in the end, no matter what we do, it’s always been about the songs, albums - the band, really. That’s why the band always sees the need to write new, different music. And you know, we’re always evolving and changing and, the songs and the atmosphere of the band is always dictating what we’re doing next.

How has Stereophonics, and you as a bassist, experimented in this album? How have you guys developed as a band through this record?

We never wanted to be pigeon-holed into one genre of music, (there are) big fans of punk music, heavy metal music, country music, pop music - so many different musical tastes. Whenever a song is formed, we always try to challenge ourselves how we can make the Stereophonics sound different. When it comes to replicating most of the songs live, I’ve got to come up with different technique and how to perform the songs. When we recorded the track 'All in One Night', there were some effects with that. It’s synth bass, so I’ve got to replicate that sound when I play live. That’s through various new technology and for myself as a bassist, I try to incorporate lots of different techniques like from playing fretless to five-string and just mixing different types of sounds which the song dictates.

The Stereophonics my dad’s generation listened to while I was a toddler was quite a lot different to the Stereophonics I listen to today. How has your music changed over time, and does the band try to appeal to a new generation of young people?

I think for us we always try and incorporate different emotions in our music. On this album we’ve got very high-energy type of songs like 'Taken A Tumble' and 'Cryin’ In Your Beer', which are basically rock n' roll. But then we’ve got the emotional songs like 'All in One Night', and on the flip side we’ve got 'Boy on a Bike' and 'Before Anyone Knew Our Name'. There’s a big contrast between those three types of songs, and I think that’s what draws lots of different people in to the band. Some people like the high-energy songs and other people like the more emotive songs. Hopefully we’re doing a good job of bringing lots of different tastes.

Stereophonics have been around for more than two decades – that’s a long time. Not many bands can hold through for that long, and we know the members of Stereophonics get along great even now. How do you guys do it?

We try to protect the name of the band, really. There’s always a standard of songwriting we’ve got to reach. When it comes to performance we always want to be the best we can possibly be performing. It’s always been that way, just trying to do the best for the band and the songs. That’s the goal we’ve always had and it’s been with us for over twenty years.

It’s going to be the band’s fourth time in Singapore, and you guys have obviously built quite a fan base here. What can we expect at the upcoming show?

We’ve been performing around 24 to 27 songs over the last two, three months. I’m not sure how many we’re going to perform in Singapore, but it’s going to be a mixture of all the big songs in the past and incorporate some of the popular tracks in the last four, five albums, so hopefully there’s something for everybody. We always love coming back to Singapore. It’s a very easy place to be, there are so many cultures there and everybody gets along so it makes you feel very welcome when you’re there. So thank you for the continued support and love for Stereophonics - that’s why we’re coming back to make sure we’re all doing a good job for everybody that loves the band. We’re going to enjoy ourselves - I think we’ve got two days in Singapore so we might be able to see a bit more.

Stereophonics will play at Zepp @ Big Box on Tuesday, 8 May at 8pm, presented by LAMC Productions. Tickets are on sale now at $118. You can get them here.