Have you seen the amazing things post-hardcore outfits have been doing for the genre today? In recent years, this new breed of bands have been slowly inching their way out slowly from their previously niche audience - making themselves inescapably appealing to newer, younger patrons and grizzled music veterans alike. You’ve got folks like Touché Amoré, Make Do and Mend, Defeater and more welding the raw, confrontational essence of original hardcore acts with elements extracted from atmospheric genres such as post-rock, noise rock and shoegaze to create a refreshingly dynamic sound that fits immaculately in the post-2010 music landscape. And then you’ve got La Dispute, who’ve successfully fused so many styles together that they now “exist completely outside the confines of categorization”.

It’s a truly astonishing feat considering how several years back, the word ‘post-hardcore’ was such an easily-dismissed one, a disparaging term even. If you’d gone back to the year 2006 and told your past self about how the genre’s matured so much, you’d probably express your utmost disbelief by knocking out your future version and dismantling the time-traveling device for parts. Like what we did for black metal previously, here we examine the past, present and future of post-hardcore - all while rubbing our collective hands together in anticipation of seeing La Dispute live in June. 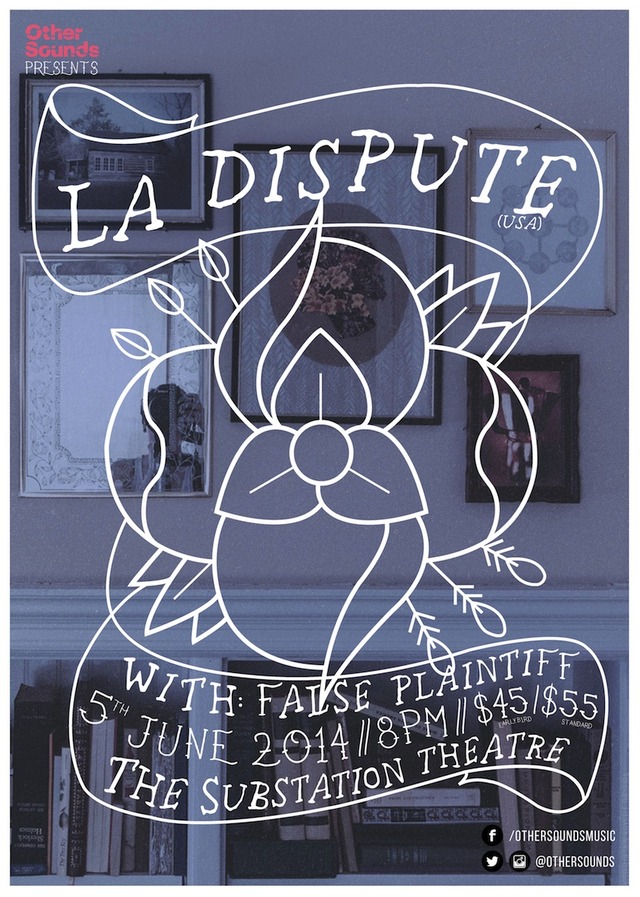 Post-hardcore found its feet within hardcore punk’s finest in the United States, where it was developing in ways that post-punk (especially the bands in the UK) could not have anticipated. Scene torchbearers Black Flag and Minutemen along with budding bands like Saccharine Trust and Naked Raygun were already exercising creative freedom within the barriers of their scenes; barriers that were about to implode. Hardcore punk scenes were becoming increasingly rife with violence and disharmony - due in part to the genre’s misconceived representation in the media - which ended up attracting thugs and delinquents who had a warped perspective of the hardcore culture. The progenitors of the scene were unhappy and worried about the future shapes of hardcore punk. That was when the Revolution Summer arrived.

Right smack in the middle of the 80s marked a turnover. The Revolution Summer was a movement held in the hardcore punk hotbed of Washington D.C., ushering in a new wave of bands forsaking the extreme machismo image that had unfortunately defined hardcore punk. These new bands were still fast, still heavy, still brimming with raw passion - but something changed. They became vulnerable. Personal lyrics were already hinted at with major bands like Minor Threat but never this exposed, never this unfurled. At the forefront of this new breed of hardcore were Rites of Spring, along with Embrace and Moss Icon. Although Rites of Spring was a short-lived outfit, their influence became incredibly far-reaching with their 1985 self-titled release. The media took notice and began dubbing bands like them as ‘emotional hardcore’ or ‘emocore’. Not long after, it was just shortened to ‘emo’ and a new generation of bands soon followed. 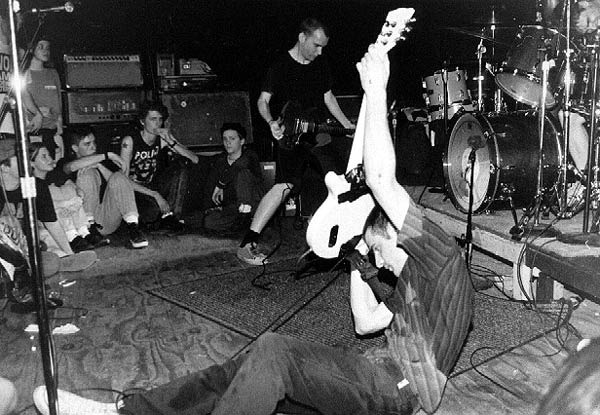 Over the next few years, labels such as Dischord Records, Touch and Go Records and Homestead Records were signing acts left and right, and this helped establish post-hardcore into a legitimate style with its own thriving scene. One of the most iconic bands in this lot were Fugazi, a band formed in the ashes of their equally trailblazing predecessors: Rites of Spring and Minor Threat. With frontman (and Dischord co-founder) Ian McKaye leading the pack, the group furthered post-hardcore’s evolution into a unique beast that was fast becoming removed from the rapid-fire attack of hardcore punk into something a lot more focused and refined. Influenced by reggae and even hip-hop, Fugazi injected an overwhelmingly tighter sense of rhythm, melody and sophisticated aggression into the genre.

Throughout the 90s, post-hardcore was rapidly evolving in different tangents that transcended Washington D.C. Even more of these bands cropped up, being inspired by this new form of hardcore music that was less restricted and a lot more creative. The impact was far-reaching, even as far as Sweden where a fiery little group called Refused crafted The Shape Of Punk To Come - an prophetically-titled record that would prove to be deeply influential long after their disbandment in late 1998. No longer confined to certain scenes, other bands such as Shellac, Nation of Ulysses, Slint, Drive Like Jehu, Bitch Magnet and Helmet broke new ground as well, but failed to find commercial success.

Enter Ross Robinson. The man who picked nu-metal off the ground and made it into an unstoppable cash-cow (well, until the 90s ended anyway), he was looking for something fresher after nu-metal (and Korn in general) had reached its peak. At the turn of the millennium, he helped produce and handed over two groundbreaking records to major labels that would change the course of post-hardcore forever: Relationship Of Command and Everything You Ever Wanted to Know About Silence. 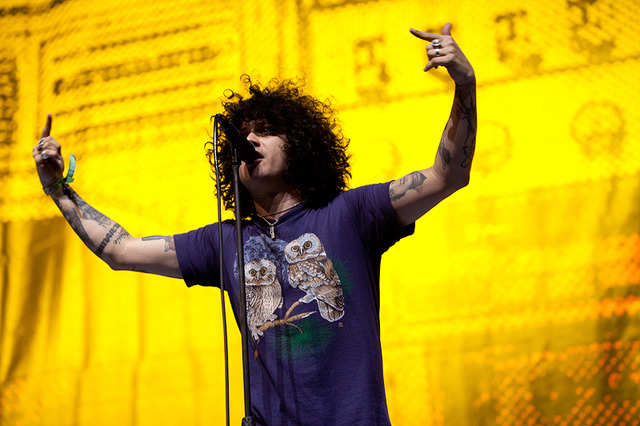 At the Drive-In’s Relationship of Command was the final and most iconic album by the El Paso quintet. A band inspired by the San Diego scene, At The Drive-In reigned in furious shift in dynamics and emotive vocals, enhanced with elements of punk, art noise and rock & roll. The other record - Glassjaw’s Everything You Ever Wanted to Know About Silence - was a powerful display of post-hardcore with roots in metal and pop sensibilities. While flirting with mainstream success, these records became extremely influential and signified the genre’s graduation into the mainstream scene - and still remain as quintessential post-hardcore records today. Back then, both albums were turning heads. Big labels paid attention. And that’s when post-hardcore started to head towards a rough plateau.

With At the Drive-In and Glassjaw receiving increasing amounts of commercial acclaim, there appeared a slew of bands possessing a similar evolution, spawning from a homogenous scene. Drawing influence from bands such as Joy Division, Converge, and Glassjaw, Geoff Rickly brought his band Thursday on air. Thursday featured more melodic compositions and a finely-tuned, rounder guitar tone than the similar strained bands before. It was a fresh sound that paved the way for future bands, and it was after their signing to Victory Records and their second album Full Collapse that Thursday broke out into the mainstream with their song ‘Understanding in a Car Crash’ receiving heavy airplay on MTV.

Love ‘em or hate ‘em, but it was due to Victory Records’ marketing and promotion that bands like Thursday, Hawthorne Heights, Taking Back Sunday and their Canadian counterparts Silverstein managed to become increasingly popular, overtaking older labelmates such as hardcore stalwarts Comeback Kid. Other notably innovative outfits such as Alexisonfire, Brand New and Thrice emerged from the woodwork, quickly becoming ‘underground’ favourites, while others such as My Chemical Romance and The Used ruled the mainstream airwaves (and often mistakenly referred to as ‘emo’ - but that’s another story for another day, kids).

Across the ocean, things in the UK also took a similar turn. Combining metal bands like Pantera with The Hope Conspiracy’s hardcore sound and Gameface’s melodic punk tunes, there evolved a new subgenre of music not too different from the style of post-hardcore brewing in the US. Hell is for Heroes, Hundred Reasons, Hondo Maclean and torch-bearers Funeral for a Friend were part of this wave. Through touring (notably Funeral for a Friend playing Warped Tour in 2005), these bands managed to gain as much exposure as their US buddies, receiving airplay on MTV2 as well. In came a second slew of bands that took some cues from what these bands were doing while escorting the sound towards a more pop-oriented territory.

Expounding upon what the previous wave of bands were doing with post-hardcore and adding progressive elements: experimenting with song structure and instrumentation. Chiodos and Scary Kids Scaring Kids for example were establishing keyboards as a centrepiece of their sound.This was probably when mainstream post-hardcore sounded its most comfortable. Unfortunately, most of the better bands on Equal Vision Records – Damiera, The Fall of Troy, The Sound of Animals Fighting - along with other bands that existed around that time like The Bled, Norma Jean or The Chariot went relatively unnoticed.

Worse still, everything started to become truly overshadowed when a portion of post-hardcore acts surrendered themselves to a behemoth even bigger than itself – metalcore. If one were to recall, metalcore acts such as Avenged Sevenfold, Atreyu, Killswitch Engage started eating everything up around late 2003 onwards. Bands started to get lazy – Ice Nine Kills, blessthefall and even Pierce the Veil started to set aside their individual sound in favour of “safe” compositions that kept their creativity to a minimum. Less thoughtful guitar lines, a more pronounced rhythmic section where the guitarists only know how to palm-mute in jagged rhythms (yes, the dreaded breakdown), vocals with little to no unique style to them (whatever happened to the Anthony Greens or Sonny Moores?) and all-round terrible lyrics. And God forbid the emergence of the exceptionally abominable likes of ‘crunkcore’ acts Brokencyde and Hollywood Undead. Instead of being excited for new post-hardcore acts, audiences dismissed bands associated with the genre as predictable and utterly generic, incapable of reaching new heights of musicianship and respectability. No wonder From First To Last vocalist Sonny Moore buggered off to become Skrillex. 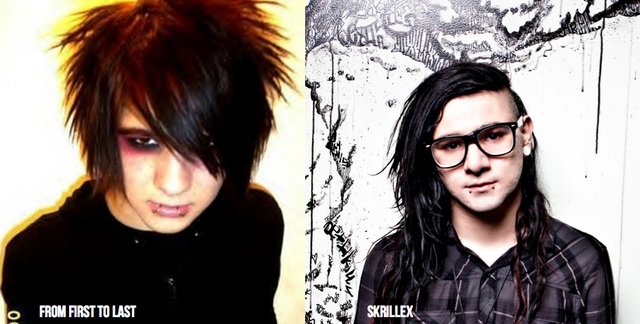 Thankfully, even the mainstream infatuation with post-hardcore (which by the late 2000s had became a dirty name) started to die down as the genre became stale - which gave way to the modern age, ushering in a renewed sense of purpose and a new raison d’etre.

To some extent, we have to thank the shitty bands for this revitalized era of post-hardcore. Audiences were getting pretty tired of bands with super-skinny, almost malnourished members and whiny vocals, and so they turned their collective attention to a new breed of bands who held true to the origins of the genre and were not afraid to experiment by incorporating newer sonic influences in their music.

With a larger emphasis on confessional, poetic lyrics, innovative song arrangements, technically diverse instrumentations and a massive dose of dynamic energy, these bands were an antithesis of what post-hardcore was in the late 2000s. No, this was the new face and sound of the genre; inherently bold, incredibly smart and most certainly emotive. Acts such as Native, Touché Amoré, Pianos Become The Teeth, Caravels, Balance And Composure found themselves being hailed as the new flag-bearers of post-hardcore - they've even referred to themselves as part of "The Wave" as a joke. 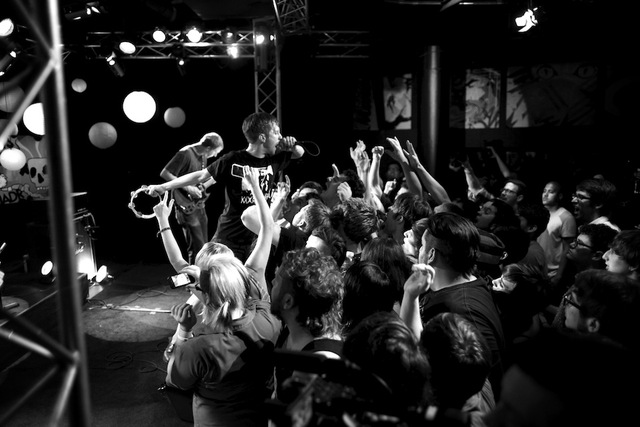 Michigan’s La Dispute is probably the best representative of this new order. Their unconventional brand of music - which incorporates screamo, progressive rock and post-rock with jazz, blues and deeply poetical spoken word elements - had an effect like no other: a little unsettling at first but absolutely entrancing and forthrightly heart-wrenching. The unpredictable swapping of vocalist Jordan Dreyer’s singing, spoken word and screaming hallmarked in 2008’s Somewhere At The Bottom of The River Between Vega And Altair was as unpredictable as their musical progression throughout the years with 2011’s heavily melodic (and extremely literary) Wildlife and the recently released Rooms Of The House... which is undisputedly unclassifiable. In other words, La Dispute are an example of what post-hardcore today strives to be: rooted to the confident self-assertion of the old hardcore guards while constantly expanding the genre's sonic limits in both breadth and height.

To think of it, we fell in love with post-hardcore when we were teenagers because it was an cathartic outlet of sorts; we discovered it when we were at our most vulnerable, and in turn it spoke to us as equals, sharing our sentiments by translating our confused teenage thoughts and feelings into visceral music. Today, we've certainly grown out of our awkward adolescence and it's tremendously sublime to know that post-hardcore and its banner men did too. Hopefully it'll age like the ridiculously raucous wine it is, and one can only imagine where or what it'll be in the next decade or two.