While concert promoters LAMC Productions have been busying themselves with concerts of different genres (they're already bringing in The Smiths guitarist Johnny Marr and crossover classical act 2Cellos in the same month, talk about variety), many fans have lamented their return to straight-up rock and metal shows. Having brought in iconic acts such as Metallica, Iron Maiden and Slash, they can now add hard rock luminaries Def Leppard to the list.

Marking 38 years as an active band this year, Def Leppard was one of the most successful and influential rock acts of the 1980s, having sold 20 million copies of Hysteria, arguably their best album which spawned singles such as "Pour Some Sugar On Me" and "Love Bites". Alongside AC/DC and Motorhead, Def Leppard has been an enduring staple in the arena of hard rock, consistently headlining arenas worldwide to generations of fans.

Presented by radio station ONE FM 91.3, Def Leppard will be performing on November 24, at Suntec Convention & Exhibition Centre, Level 6, 601-604. This concert will also mark the hard rock quintet's second show in Singapore, having made their debut back in 1996 — even performing an acoustic set for a small group of local fans. Here's what we dug up from that show, held at Hard Rock Cafe complete with ecstatic Singaporeans screaming along to all the words. 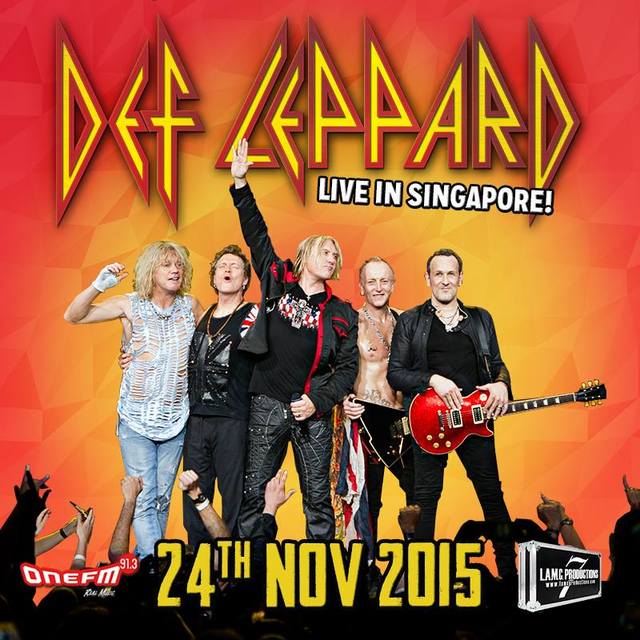