One of the most iconic mantras of showbiz has always been, “The show must go on”. And that, it did, as Scorpions, Whitesnake, RockWeller, and LAMC Productions put on the show of a lifetime amidst the unfortunate, and downright depressing, Coronavirus outbreak.

LAMC Productions and the bands worked with government officials and adhered to strict guidelines to ensure the show was safe and could carry on. This resulted in the concert being moved to an indoor venue, from Fort Canning Park to the Star Theatre, where the situation could be handled and contained easier.

Kicking things off at Singapore Rockfest II were local rockers RockWeller, who entertained an early crowd, and warmed them up for the night’s co-headliners. The band’s short, but memorable, set was enough to earn them new fans, some of whom ended up shouting for encores. 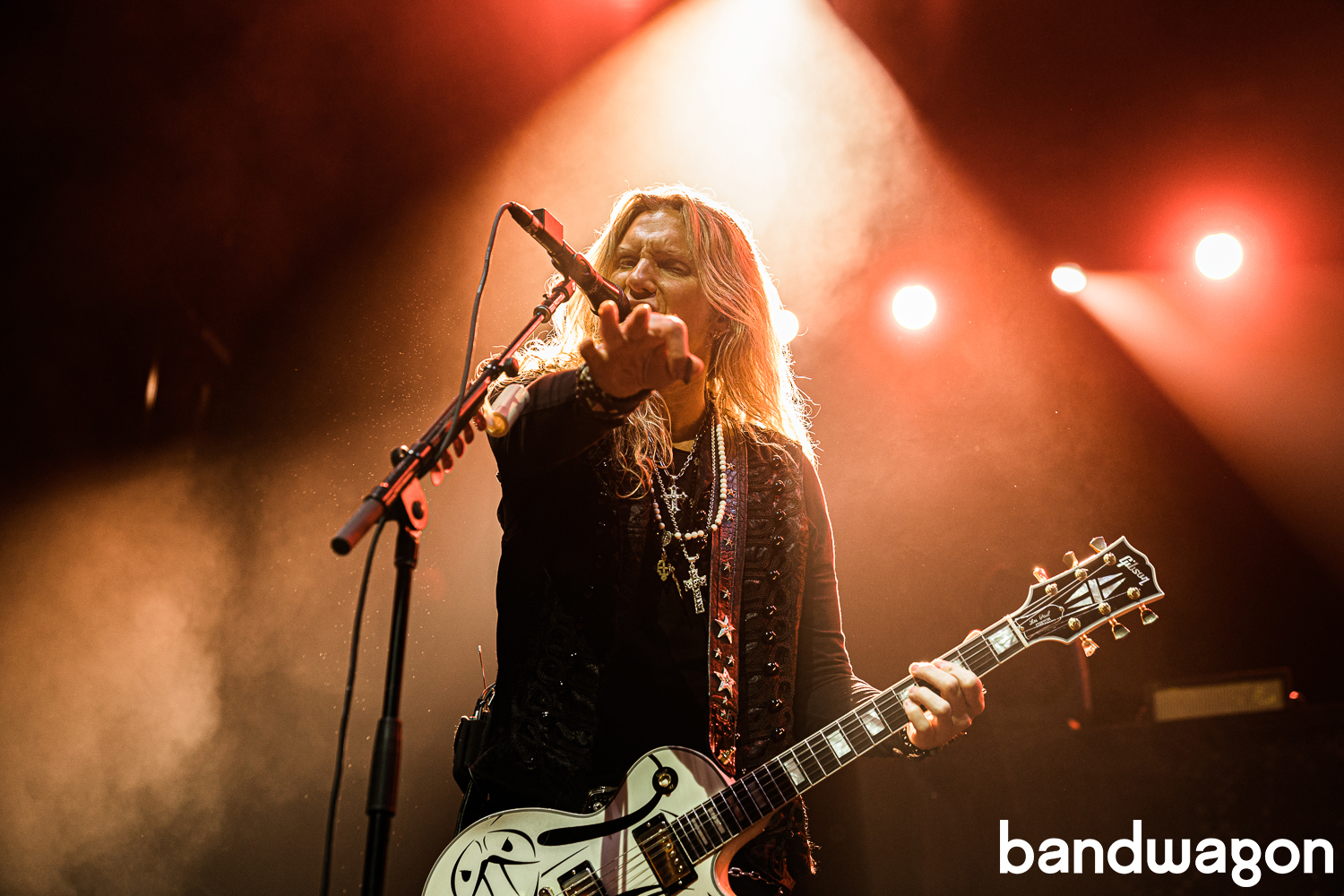 After a changeover that felt like forever - not because it was long, but because the anticipation for Whitesnake to take the stage was at an all-time high - the lights faded to black, and The Who’s ‘My Generation’ blared on the speakers. 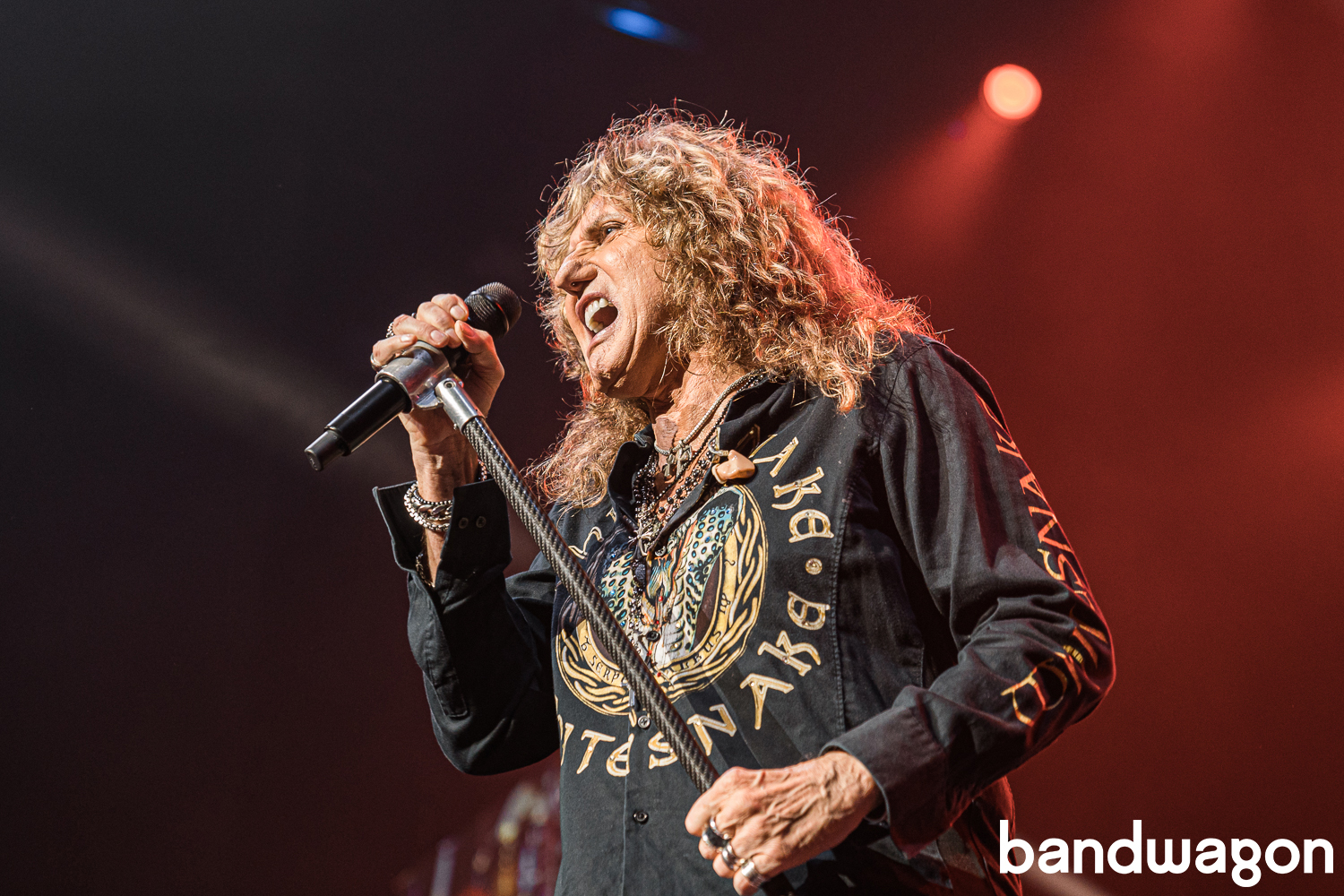 Attendees jumped out of their seats, and soon, the band charged the stage, launching right into ‘Bad Boys’, ‘Slide It In’ and ‘Love Ain’t No Stranger’ before greeting the crowd, and toasting to music and good health. The band’s 80-minute set included a jaw-dropping guitar duel, a drum solo that defied the laws of physicals and favourites like ‘Here I Go Again’ and many more. 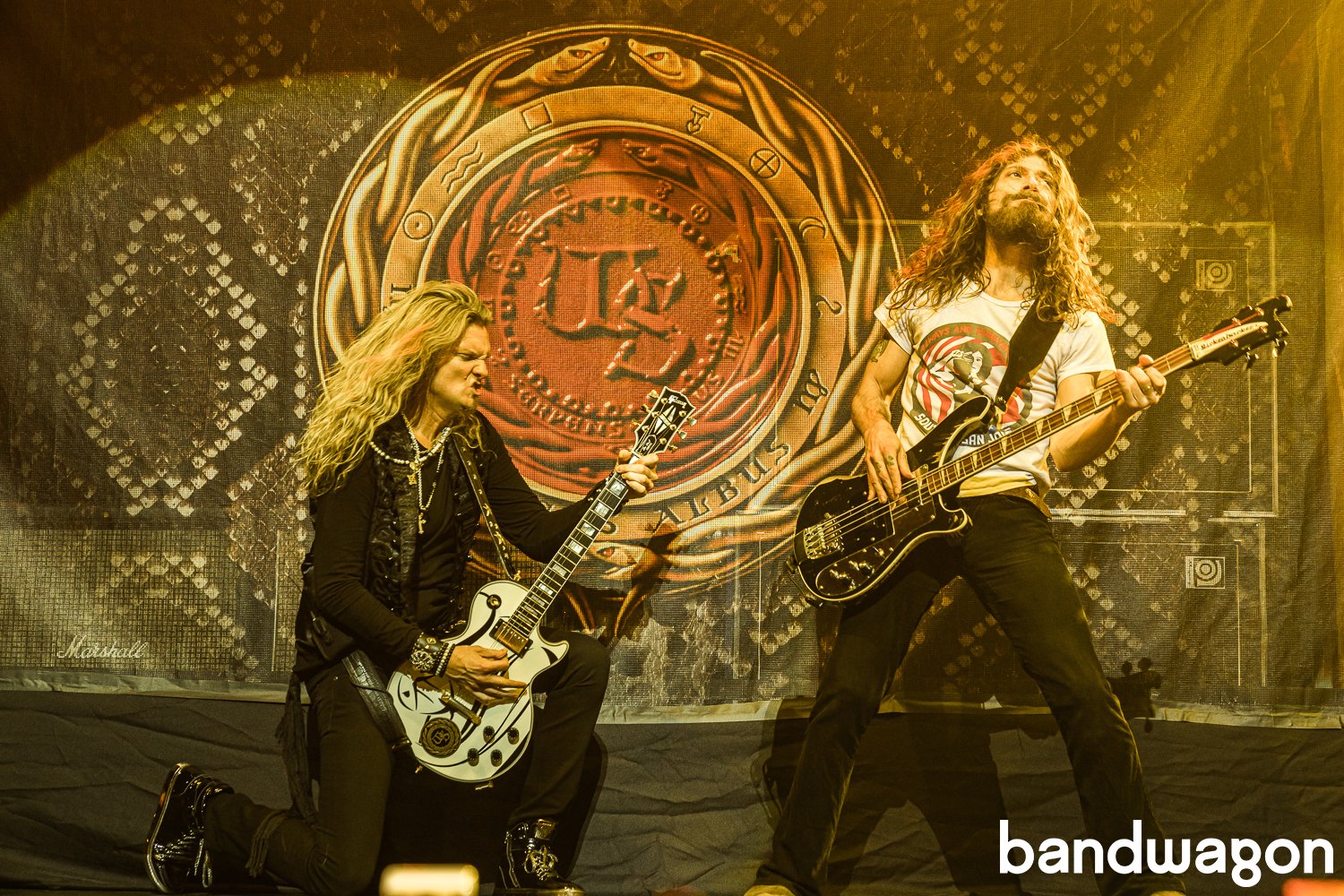 As the band bid farewell, and the intermission-cum-changeover arrived, fans quickly rushed out of the Star Theatre to replenish their beer, stock up on bites, and to ease themselves. And when the announcement that Scorpions would take the stage in 10 minutes echoed throughout the venue, everyone flooded back in, filling the seats and walkways of the hall.

And then, we were greeted by a familiar face, LAMC's Lauretta Alabons walked onto the stage to thank everyone for coming out to support the bands in the midst of the ongoing pandemic, and brought out a very special guest in Senior Parliamentary Secretary, Ministry of Home Affairs and Ministry of Health, Amrin Amin, who gave a quick address to those in attendance, with a resounding message that "Life goes on, Rock & Roll never dies, and Singapore will beat the virus," which was met with a deafening roar of approval, and devil-horns high in the sky. 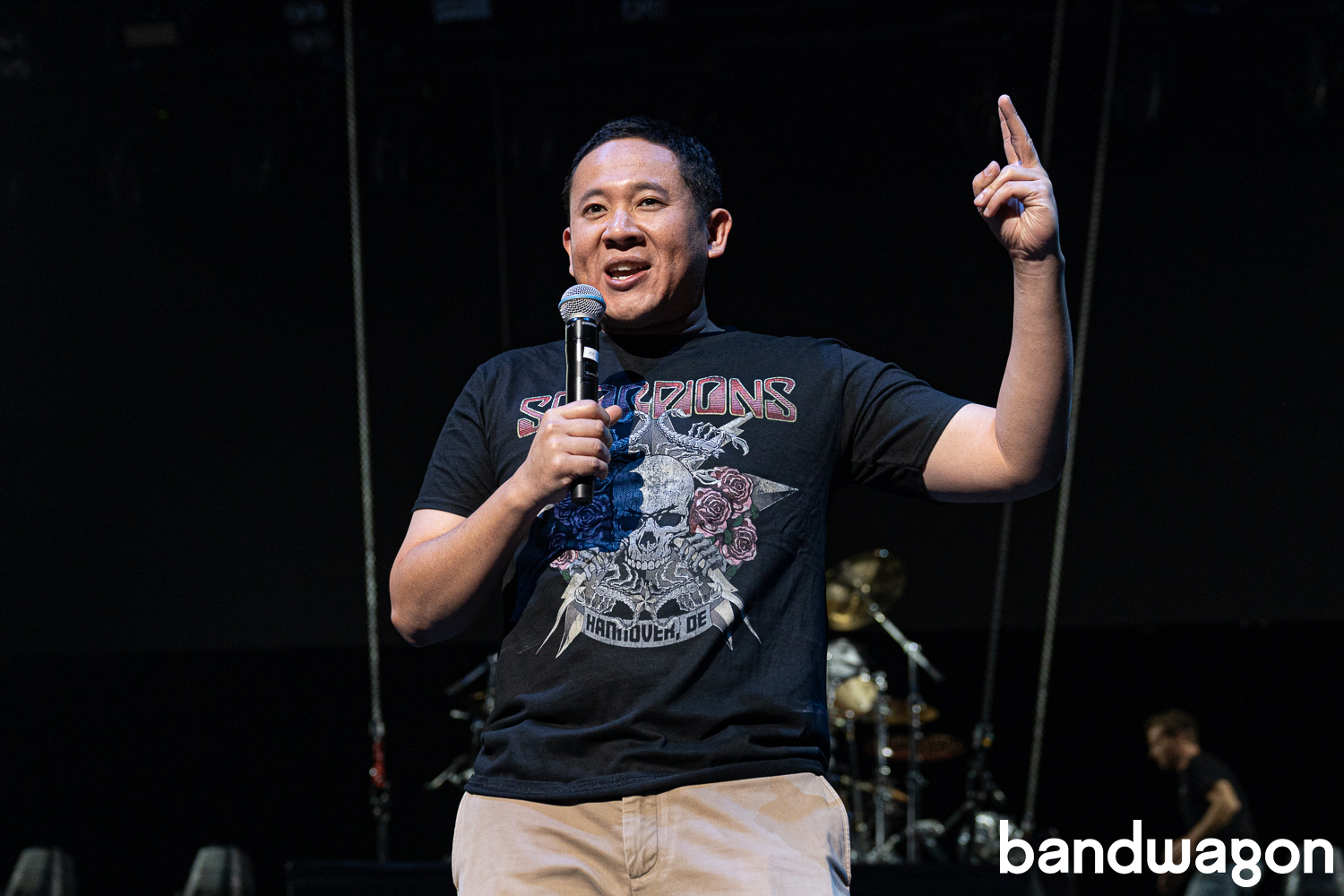 And then, it was time for legendary German rockers Scorpions to take the stage. The energy in the venue was electric. There was not a single person seated in the line of sight. Everyone crooned their necks to catch a better view of the stage, and before we knew it, we were all jamming out to a frenzy of hits such as 'Going Out With A Bang', 'Make It Real', 'The Zoo', and 'Coast To Coast'. And as the Singapore crowd paid homage to the rock icons, the band returned the favour, plastering a graphic of the country's flag on the massive LED screen.

The band ran through hits like 'We Built This House', 'Send Me an Angel', and the career-defining 'Wind of Change' before quite possibly one of the most astounding drum solos the country has ever witnessed, as Mikkey Dee's kit was suspended in the air for a good 10 to 15 minutes while he pounded on the skins, before closing the night with fan favourites 'Still Loving You' and 'Rock You Like A Hurricane'. 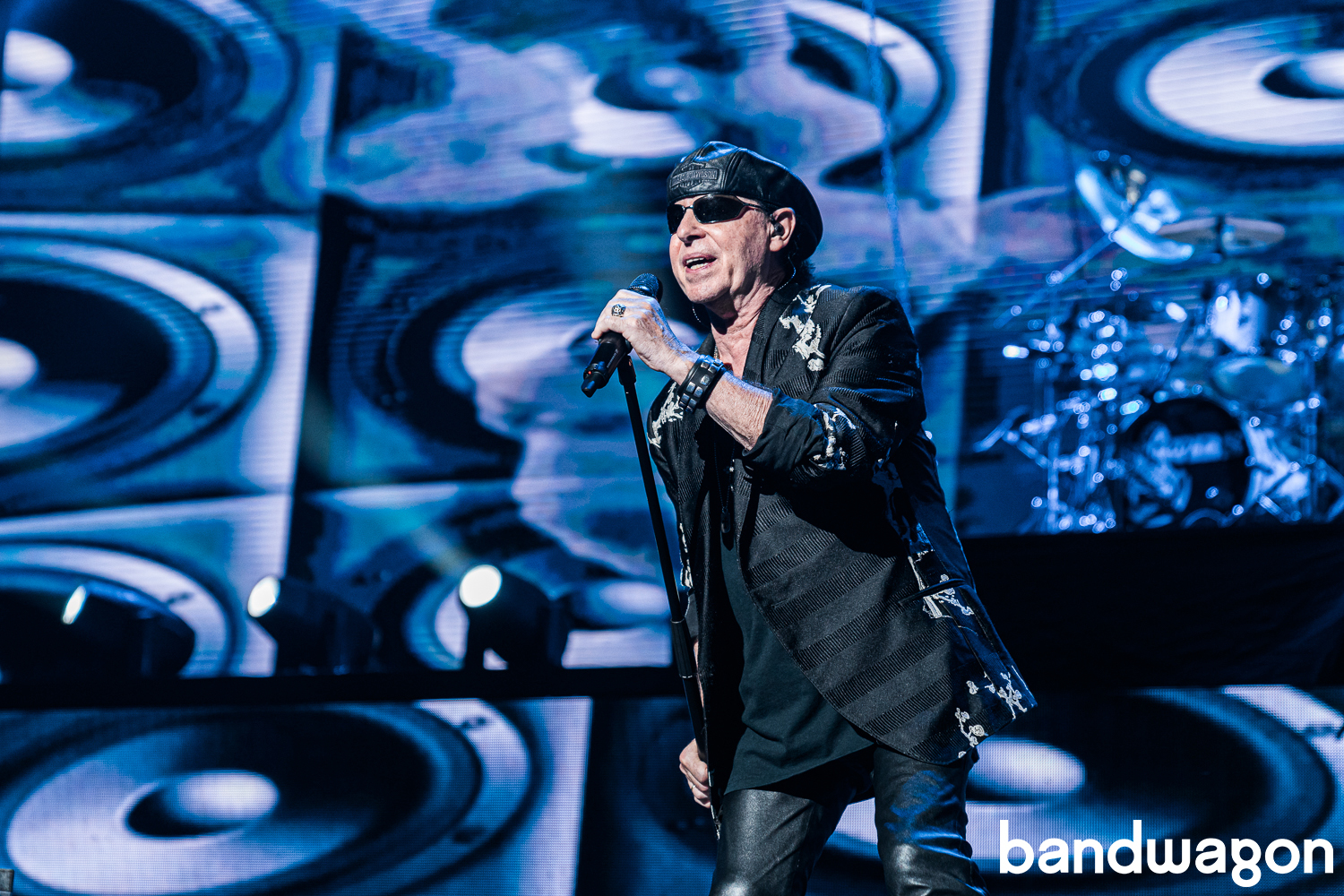 While Scorpions and Whitesnake's musicality and showmanship have always been present, their showcase in Singapore a timely reminder of how powerful live music is, now more than ever.