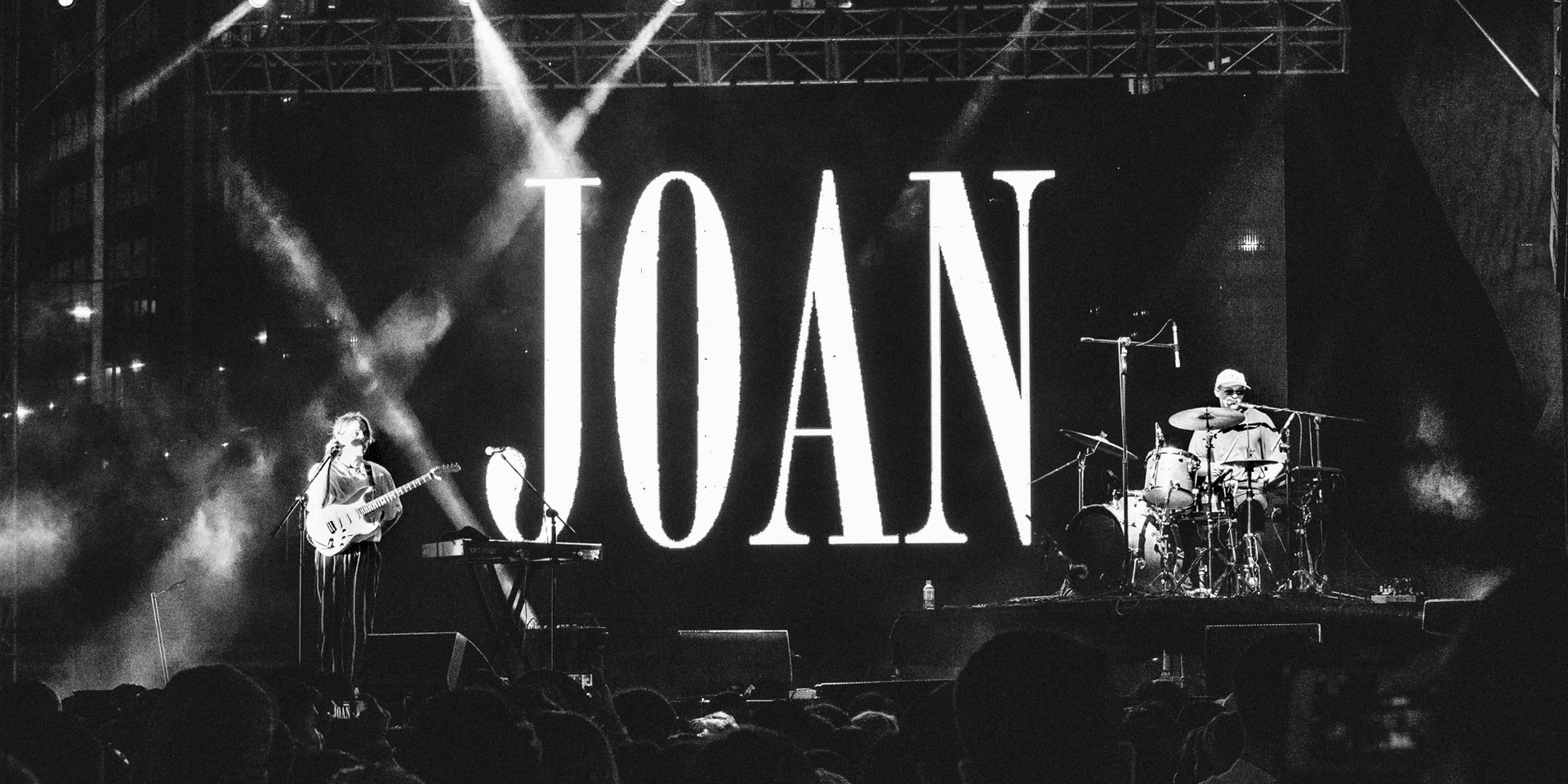 Joan have come a long way from their home in Arkansas. With their brand of retro rock jams, they put their fans under a feel-good trance that make people 'Stop and Stare.' An epic example of this was at the recent Wanderland: Magic. They'd serenaded thousands from their Filipino audience off their feet and danced as the gorgeous Manila sunset blanketed them in gold.

In this edition of our Roll Call series, we sat down with Joan to ask a few random questions they answered with photos from their camera rolls.

Show us a picture of home.

Alan: My wife and my dog--and me. We're FaceTiming. We live there. We bought this house two years ago. It's the first home we own. We quite literally own. It's my comfort zone. 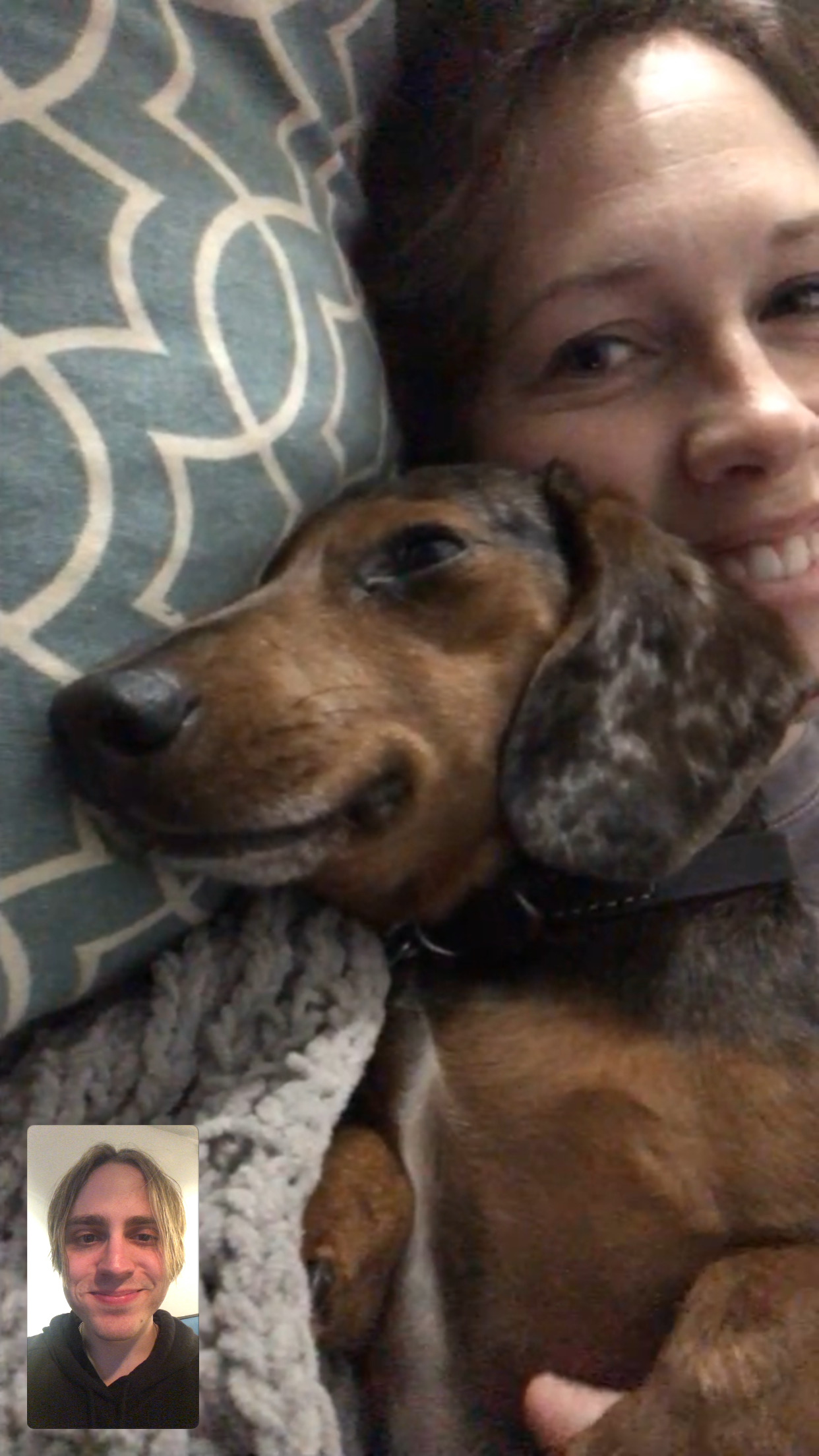 Steven: This is bad for me, because I just deleted all the photos from my phone.

Show us the first picture you took here in the Philippines.

Alan: Here's what's crazy. I haven't taken a single picture since I've been here, because I was sick right before this. So the whole flight here I just slept and when we got here, I just went to sleep. This morning I felt great.

Steven: I sent this picture to my wife. She's the cutest baby I've ever seen in my life. 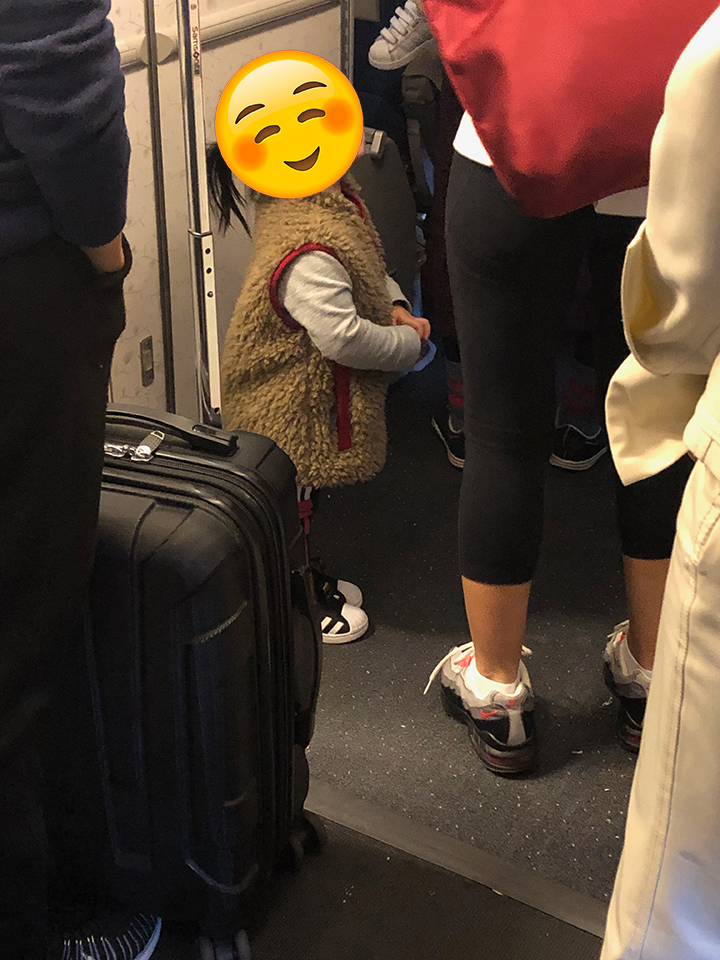 A photo from the last show you did.

Alan: Someone took a sick shot of me doing a guitar solo or something. 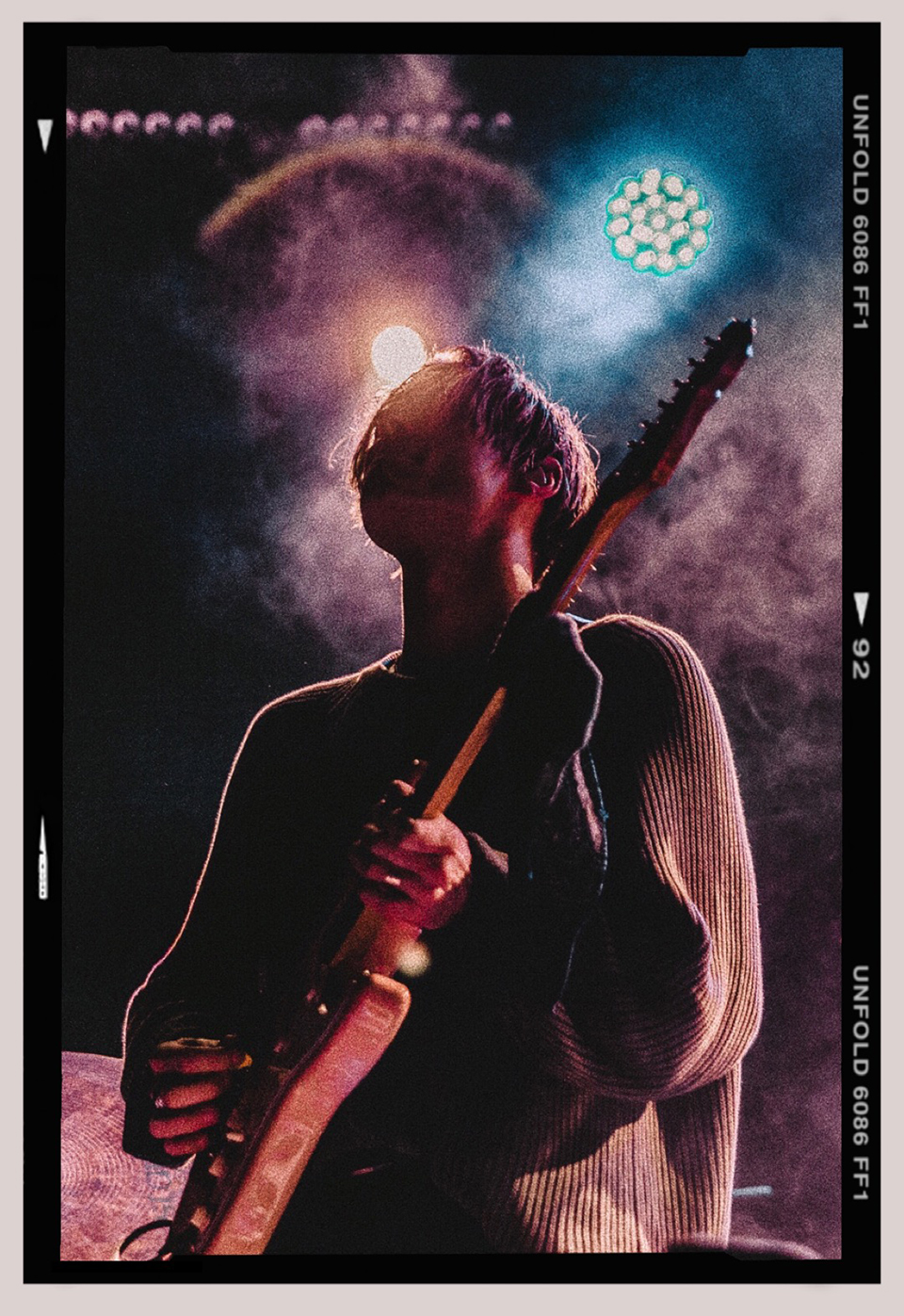 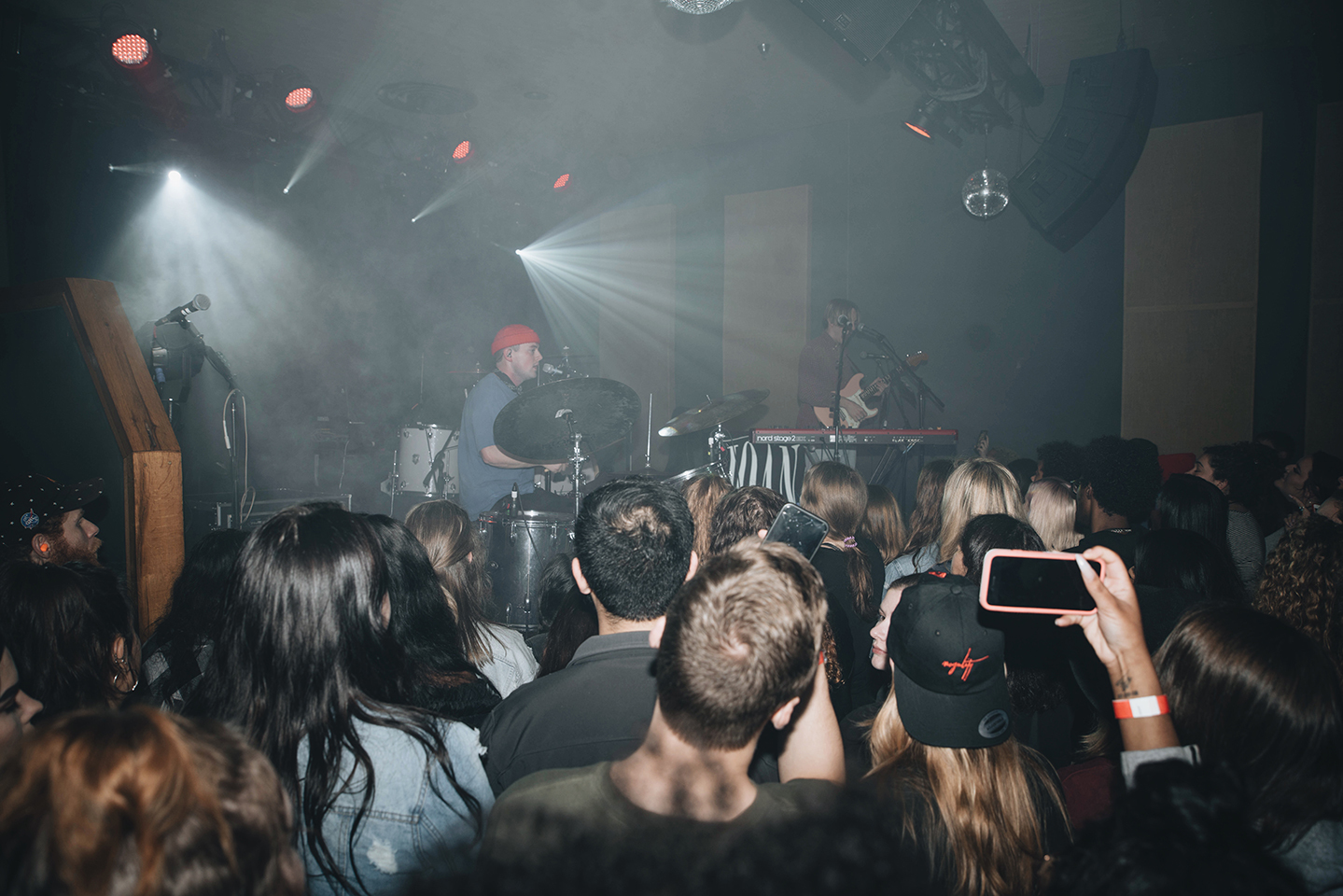 A photo of your favorite instrument.

Steven: I don't have picture of an oboe, but here's a picture of my drums. 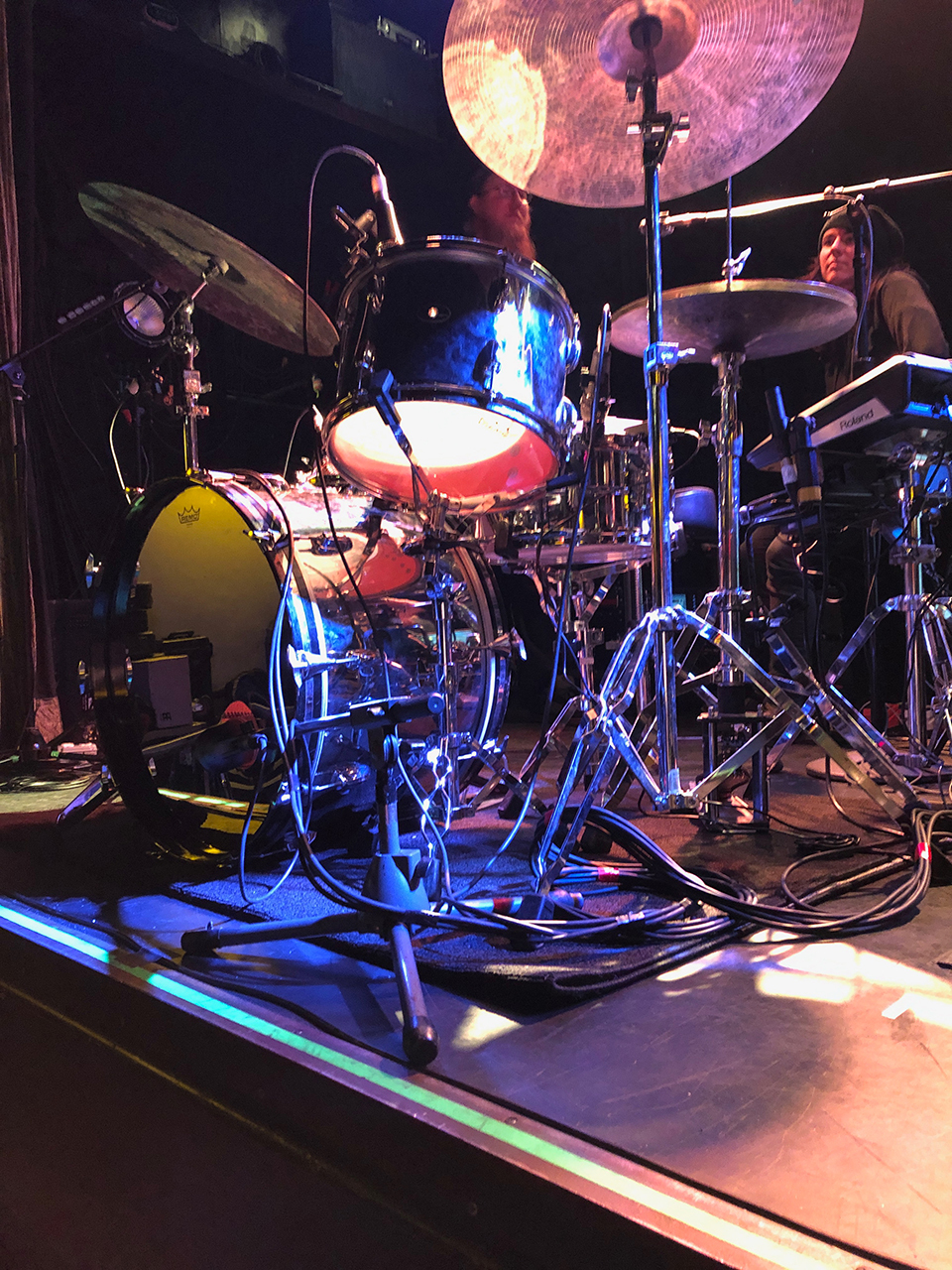 A photo of the next thing you're hoping to see.

Steven: I took this great video of Alan behind a sunset. That would be nice to see. That was taken in the airport. 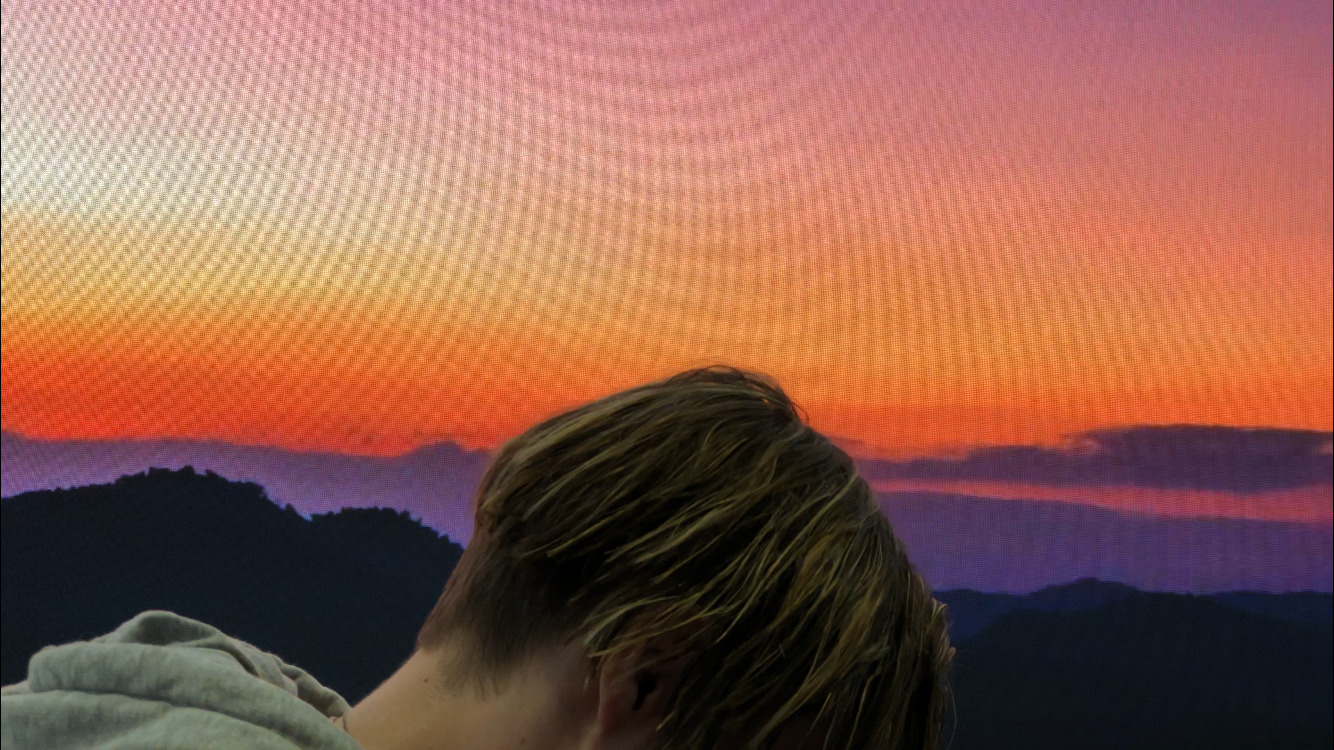 Alan: I have a picture of a palm tree. I can't wait to see that! 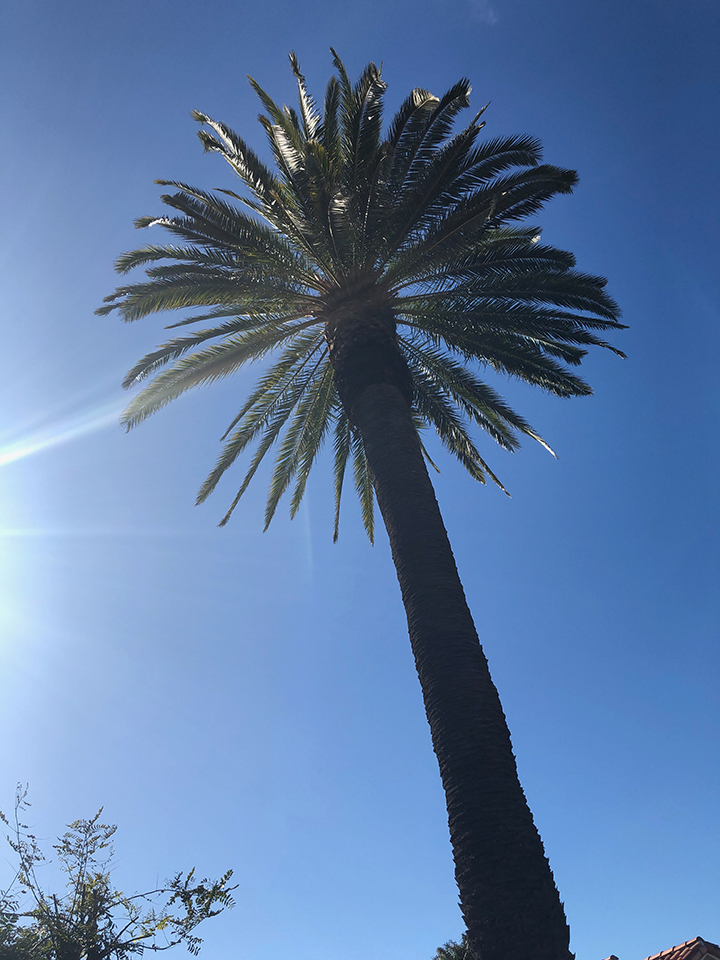 Why the name Joan?

Alan: We get this question a bit, and it's a tough one because there's not like a great story behind it in terms of sentimental value, but he'd come up with a name for a previous project and it didn't really stick so they went with a different name. And then we met up, started writing, he tossed it to me, and I didn't like it either--Joan.

Steven handles all our visual, graphics, and stuff, and so he made a mocking of looks for a vibe that we could do for Joan and it was perfect. That's when I was like, that's it. We went with it from that point. It just fit the aesthetic we were going for. We liked the female bent to the name and the font he had chosen. It just all worked.

What kind of show can fans expect to see from you on the live stage?

Alan: Definitely high energy. We go all out every show. There's a lot of interaction between both of us. We just try to put out a fun, engaging show with two people onstage. The sunset will be nice. Beside or behind us.

Steven: We do have the sunset at every show.

Alan: We only play at sunset. It's part of our contract (laughs).

What else do you guys do besides music?

Steven: Lately, I've been playing a lot of Fortnite. I love Fortnite.

Alan: He's gotten really good. He's really, really good. He plays a lot. That's why he's so good. Literally on tour, our daily ritual is we play the show, go back to the hotel, I lay in bed and watch him play Fortnite. It's what I go asleep to. It's a beautiful relationship we have.

The house that I mentioned, the one me and my wife bought a couple years ago, we like fixing it up. So I've learned some carpentry-esque, building furniture kind of things--which is something I never thought I would be able to do, because I thought I would be terrible at it. I really enjoy building stuff.

Steven: We're trying to do as much as possible this year. We're excited.

Is the Philippines the farthest you've ever been from home?

Alan: Yeah, me and my wife have traveled quite a bit. We've done all of mainland Europe and Iceland, some Canada. But yeah, in terms of from Arkansas, yeah it's definitely the farthest we've ever been.

Alan: I have never flown that long in my life.

Do you feel any culture shock when you see other countries?

Steven: Yeah, apparently it was supposed to snow last night.

Alan: It could be this hot and humid in Arkansas too but in a different season. Getting off the plane and feeling hot and humid air, was like "Why did I bring a sweatshirt?"

We love different cultures though, and coming from Arkansas, it's very cool to see how different people from different parts of the world do things, what they eat, how they talk, and what they believe in. The whole cultural experience is really, really neat. We're so excited to be here.

Check out photos from their Wanderland 2019 performance: 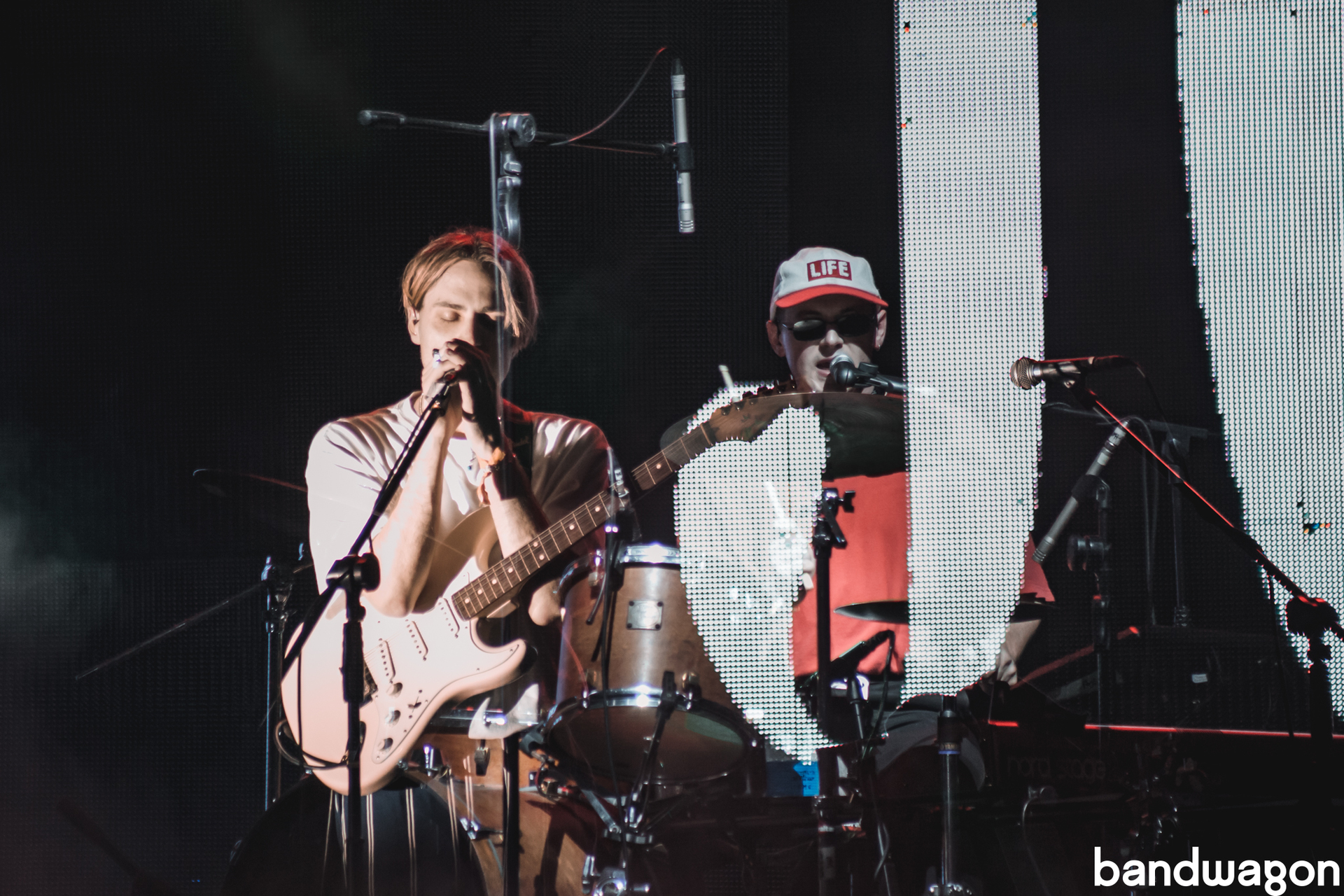 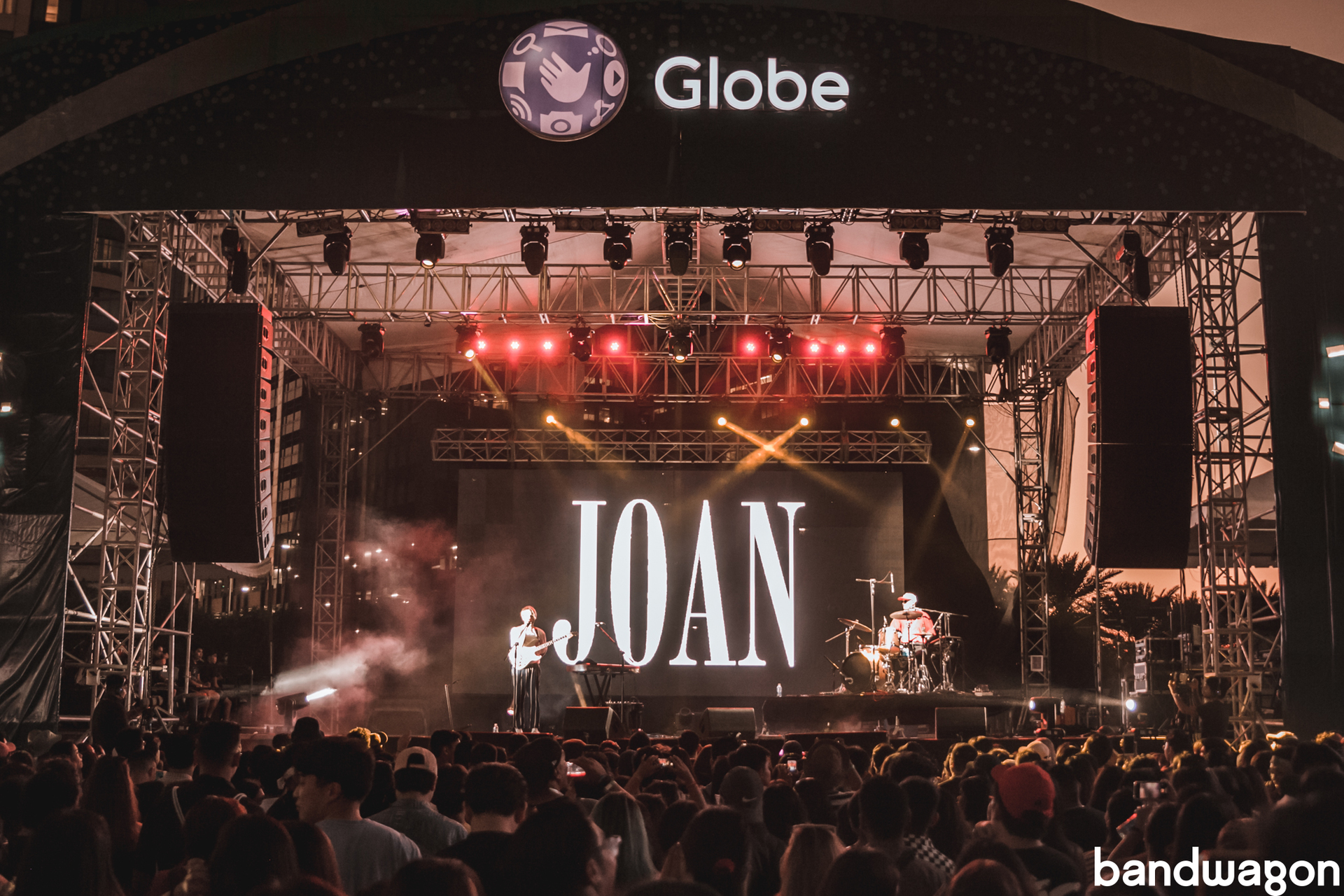 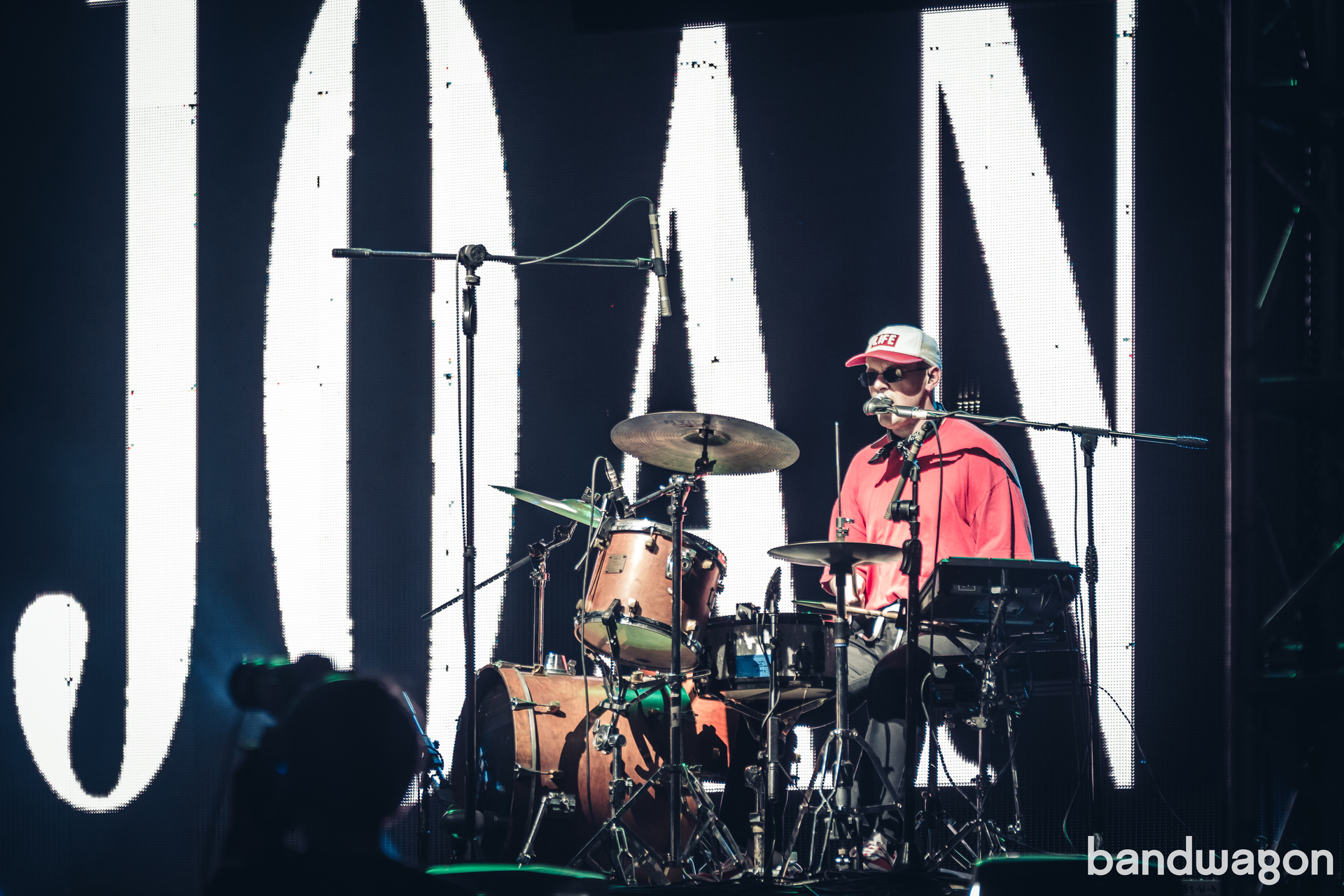