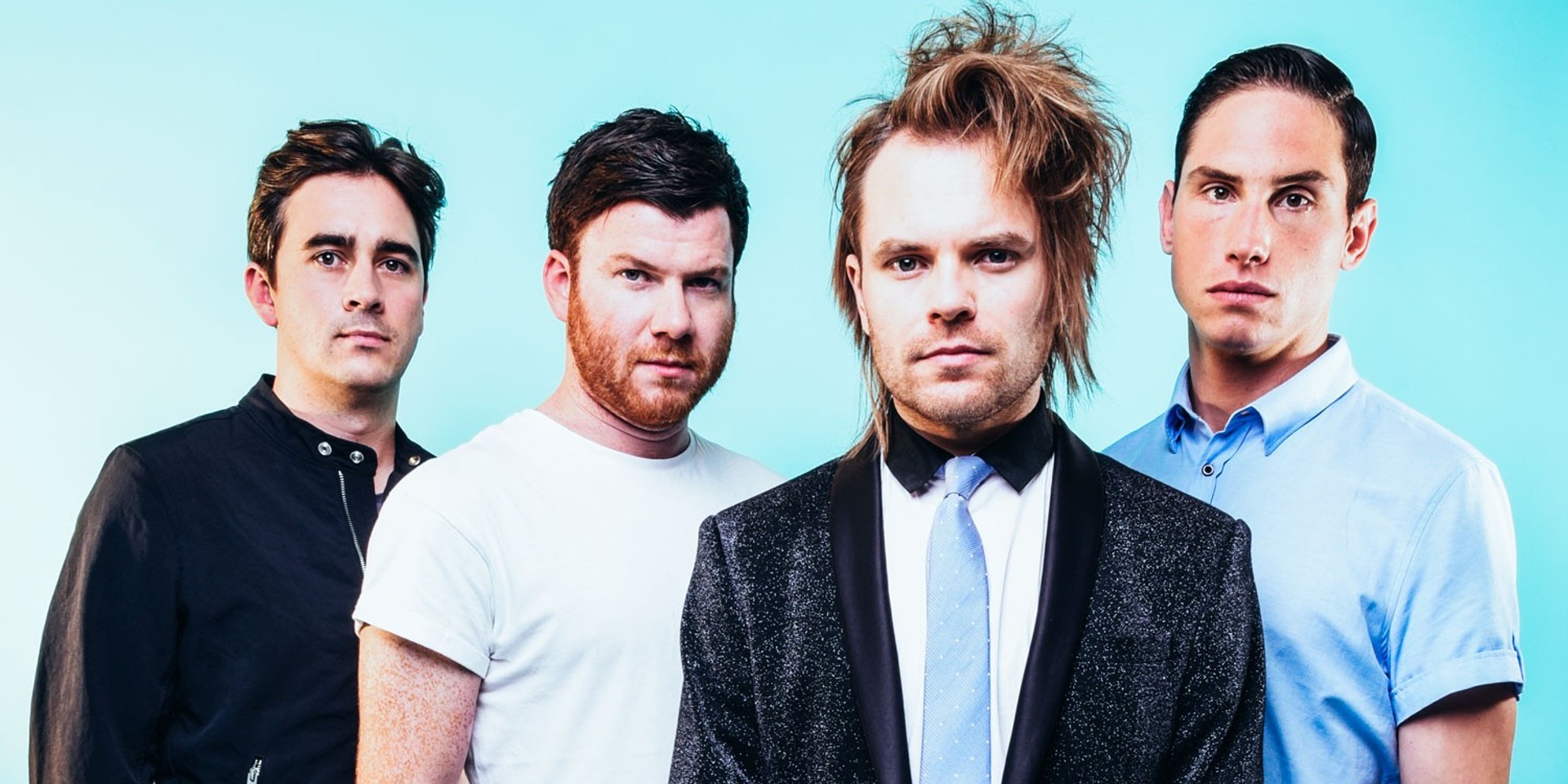 British post-hardcore band Enter Shikari are set to perform in Singapore for the first time next week, and the excitement is building up. Over more than a decade, the band has put out five records honing their unique blend of post-hardcore and electronic music. That sound, along with their willingness to tackle political topics, and their brutal tour schedule, has helped the band build a strong fan base that has remained loyal since their first record was released in 2007.

Bandwagon had to opportunity to speak to vocalist Rou Reynolds and we couldn't pass up the chance to run down Enter Shikari's entire discography with the man behind the music. We spoke to him about the band's five records, their lyrical content, the band's stable line-up and Rou's recent experiences with anxiety. Check out the complete interview below. 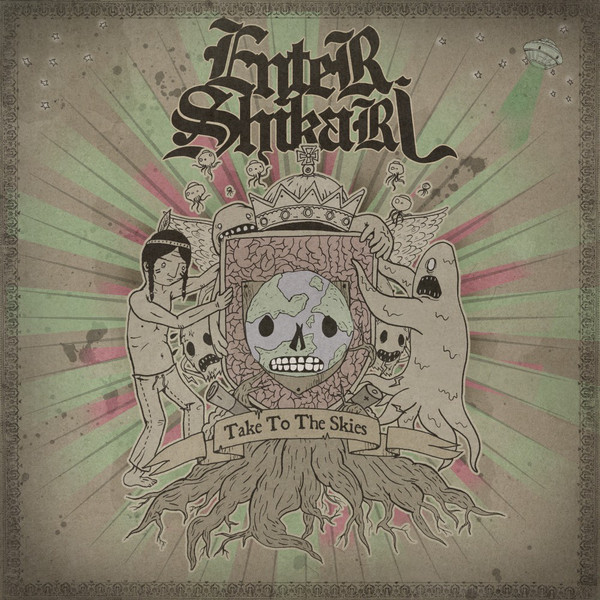 The band’s debut album peaked at #4 on the Official UK Album Chart, and garnered a lot of great reviews. What did that feel like?

It was very surreal. We had been touring and making music for a few years and only releasing the CDs at our shows for so many years at that point and for us to finally release an album and have it so well received was amazing. It made us feel like all the hard work that we had put in, touring constantly up and down the country was finally paying off.

You were a relatively new band to the public, experimenting with a new sound. Was performing at festivals such as Download, Glastonbury and Reading And Leeds during this era intimidating?

I think by then we had toured for a few years and played at underground and really small venues all around the world, we had already been in every situation possible, from great crowds to terrible shows where everything that could've gone wrong did. We played shows where people were really not impressed. Ten years ago people still had music tastes that were very elitist and purist. For example, there were people who only listened to metal and any band that tried to do something different with different elements from the rest of the spectrum of music was instantly hated. We’ve had all these different experiences and reactions that by the time 2007 came along, we were slightly anxious but we were ready to perform on those stages. 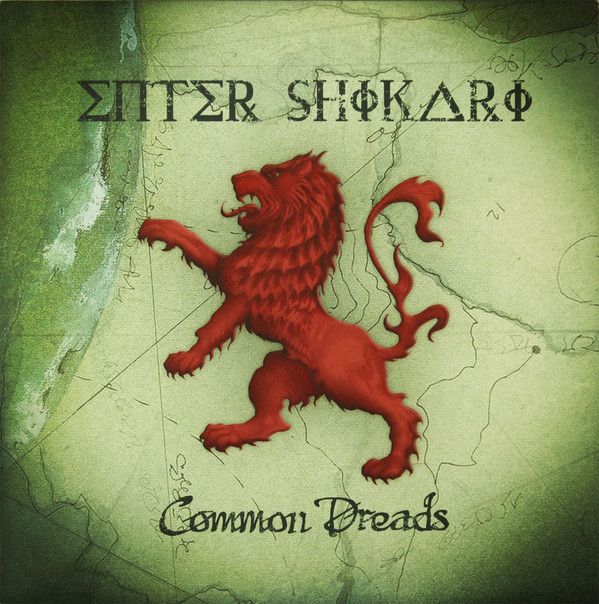 What was it like heading back into the studio to work on your second record following the success of Take To The Skies? Was there any pressure and if so, how did the band deal with that?

I actually enjoyed the recording process for this record a lot more. Take To The Skies was very rushed, we just went into the studio and did the whole album in two weeks. For Common Dreads we got to go into this beautiful, supposedly haunted Arreton Manor in the U.K. and we spent at least a month there so the process was a lot more relaxed.

I think you can sort of tell that we weren't relatively nervous because the music is very bold. It’s not a direct sequel to Take To The Skies. It’s very different and it was already showing. We’re a band that wants to progress. So yeah, I think we weren't too fussed about any pressure. Any pressure that we did have was from ourselves.

Common Dreads was a rather political album, with topics like the economic climate, war and so on. Did you face any resistance from the record label on the content of the album, or were they supportive of the band?

No, I think we were lucky enough to find a manager that was really helpful to us. I don't think we would have signed a deal with anyone who would get involved with the lyrics and the music. I think we were really lucky that most of our records have been released through PIAS and Ambush Reality Records which are great indie labels. So we kind of avoided that situation. They were very supportive.

The band began experimenting more with clean vocals and a mixture of more electronic music genres. Who did you guys draw inspiration from?

Well, I think it was mainly just the inspirations from the gear that we had. For the first album, I only had a sequencer and a few more pieces of equipment so the electronic sounds are quite raw. For Common Dreads, we moved on to software and we had a few more keyboards for the electronics which really opened up the sounds, it made it a lot more diverse and profound. We were actually really inspired by punk and hardcore but there are also subtle inspirations for Aphex Twin and The Prodigy. We’re also highly influenced by drum & bass. Our guitarist Rory’s brother is a drum & bass DJ so we had some input from there and we decided to channel that sound into our music. 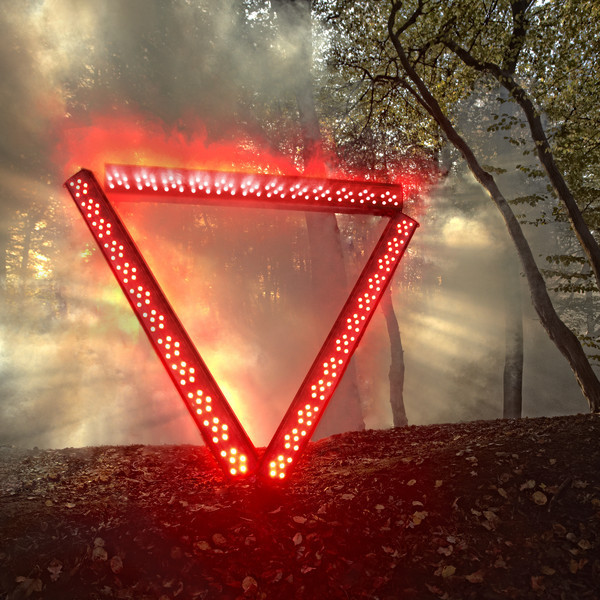 The album received a ton of great reviews, and things were really going well for the band. At any point, did things get too overwhelming?

I guess it was a bit later, it was around the time of The Mindsweep that I had a very difficult year and everything did get too overwhelming. I was overworking myself and trying to over compensate and I ended up with exhaustion and real bad anxiety. I think things during A Flash Flood Of Colour were still manageable, I actually really enjoyed myself during that period.

You’ve stated that the riffs in ‘Torn Apart’ dated back to the ‘Sorry You’re Not A Winner’ era, and that the riff was finally developed enough to use. When tweaking and working on songs and riffs, where do you draw the line between complete and incomplete?

Wow, that’s kind of a tough one. I think artists of all types, whether they’re musicians or painters or whatever else over the centuries have said pretty much the same thing, and they’re not wrong. I think it was Picasso or Da Vinci who said “An artist never truly finishes his work, he merely abandons it.” And that’s sort of what it’s really like. You can always work on it and tweak it, there are endless ways to spin it but at a certain point, you have to move on with it and decide if you’re going to use it or not, so it’s sort of a balancing act. You have to decide if you’re happy enough with what you have or if you’re not.

You also have to ask yourself if the riff or song has achieved what you originally set out to do with it. It might change to something completely different and that’s okay, but the goal at the end of the day is to release music and if you’re confident enough with the riff and song, then you’ve met your goal and I think that’s the most important thing.

Going into the studio for the fifth time, how have things changed from the first record to now?

Not a great deal has changed, really. We still work the same way. I think we're a lot more thankful of the additional time we have now. Take To The Skies was recorded in two weeks and The Spark was written and recorded in the space of six months, so things are a lot more relaxed now. It also gives us that extra time to really work on a song until we’re satisfied to start recording it. I think the way we’ve evolved with the additional time to experiment has brought out the true sound of the band, with the additional textures and layers.

You mentioned earlier that you were dealing with anxiety after The Mindsweep. How did that affect The Spark?

That period was hugely influential for the record. A lot of the lyrics are based on that period and the struggles that I went through. There was a period of about six months where I wasn't sleeping, I was actually incapable of getting natural, healthy sleep. And when you can’t sleep, that makes everything massive. Especially anxiety and mental health problems. So yeah, it was very difficult and emotional time for me and that drove me to want to write very personal lyrics for the first time, instead of the usual political themes and such. That was first time I really put myself out there and laid down anything with a slice of honesty.

It’s been more than a decade since the band put out Take To The Skies. In what ways do you think the band has matured and changed over the last ten years?

We have a good team around us and we’re incredibly lucky that we’re still the same band that started the journey together. We’re still the same members and I think that’s an incredibly rare thing nowadays with people letting fame and success get to their heads but we keep each other in check and we keep each other grounded so I wouldn't change that.

We’re lucky to still be able to make music but there are definitely things that I would like to change here and there. I think I would’ve liked for us to be bolder earlier on. A lot of people say we're already very bold, and our sound evolves with every album and it doesn't really fit into any specific genre but I think we could’ve pushed the boundaries a lot more. So just minor changes, nothing really big. Not even the mistakes we’ve made because those have been important and influential for us to learn from them in order to progress and still be around today. So yeah, I wouldn't change that much.

Enter Shikari will perform in Singapore at The Substation on Thursday, 26 April, promoted by Street Noise SG. Boxchild will support. Doors open at 6pm. Tickets priced at $65 for a standard ticket and $75 for a door ticket are available now here.