I arrived early. 7pm to be precise. Tickets were torn and the velvet rope went ‘clink’ as I passed from the balmy evening heat into an ice cool chamber. The languid pace with which the stadium filled to its capacity resembled that of a parochial church. I checked the time and it read 7.30pm. The stadium was as sparsely populated as the scalp of the balding man right in front of my section. All signs that I was at a rock concert were scarcely recognizable. I was looking forward to catching a glimpse of an early 80s rock concert characterized by leather jackets, bandanas, skin-tight leather pants and buzz cut peroxide hairstyles made famous by artists like Marie Fredriksson, lead vocals for the duo, Roxette. I saw none of that fanfare. It was just very ordered and frankly, Swede-like – efficient, punctual, systematic.

The A.C within the Indoor Stadium replicated the sub-zero conditions of Sweden, where a guy from Halmstad (Per Gessle) and a girl from Skåne (Marie Fredriksson) formed the most successful rock duo after ABBA. It was Roxette who bettered their famous predecessors ABBA (with only one U.S No. 1 hit), by topping the U.S charts twice.

This was probably the most successful Swedish musical export the world has ever seen…and from a glance, it wasn’t hard to tell. The Swedes were in attendance tonight in full support of their national heroes. Funny thing about heroes is that they trigger something magical in you – nostalgia. The gold dust of memories past descended on an auditorium half-filled with blondes tonight. Despite my poor wardrobe choice (short shorts), I started to thaw as Roxette took to the stage.

Marie with her trademark blonde buzz cut lit the stage with strong vocals and aggressive vibratos. My chair became a vantage point from which I witnessed sections of the crowd getting on their feet. Ladies and gentlemen, let’s get ready to rock!

Belting out 'Sleeping In My Car' to a chorus of cheers, this was beginning to live up to my expectations of a full-on rock concert. The crowd might have traded their Dr. Marten’s for loafers, but they were nowhere near tamed or measured. The stewards requested that the class of ’79 take their seats but it was a hopeless cause. This was a generation that worshipped bands like The Clash, Tom Petty and The Sex Pistols. The same people protested at the picket lines for a better tomorrow, the tearing down of the Berlin Wall, and the impeachment of President Nixon. The stewards should be glad that at least there were no lighters at the end of arms draped in cutoff shirts to cause a fire hazard. But the audience wasn’t going to sit idly by and clap at a rock concert. They showed their appreciation by getting on their feet. Roxette Mob 1: Stewards 0. 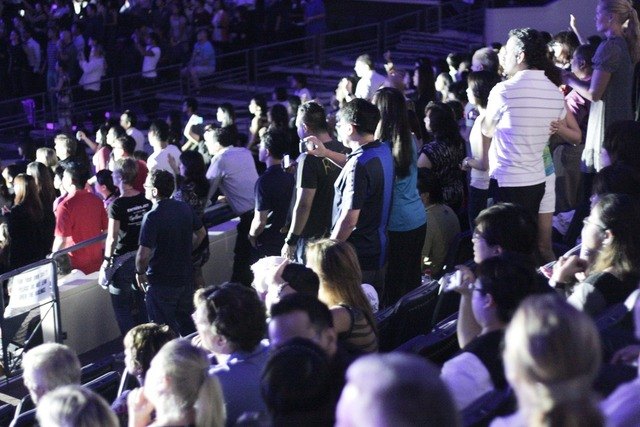 Gessle and Fredriksson’s vocal harmonies fused together as the slow rock anthem 'It Must Have Been Love' began with Gessle on acoustic guitar and Marie pointed her mic forward; an indication to the audience that said, “You lot, take over”. The audience delivered, and even the ushers could be seen mouthing the lyrics.

It was then that I realized what I love about music in the 80s. It was a time when radio was the only superhighway to stardom. This meant fewer artists made it through a very tight sieve. But the few who made it, became household names. Their songs transcended language barriers like a blockbuster movie, easily appreciated and adopted as key cultural identifiers of the period. From Russia to China, Florence to Japan, coinciding with the rise of Karaoke bars, it wasn’t uncommon for someone out of America or England to know the lyrics to a Roxette song better than the pronunciation of their own name in English (if they had an English name that is). 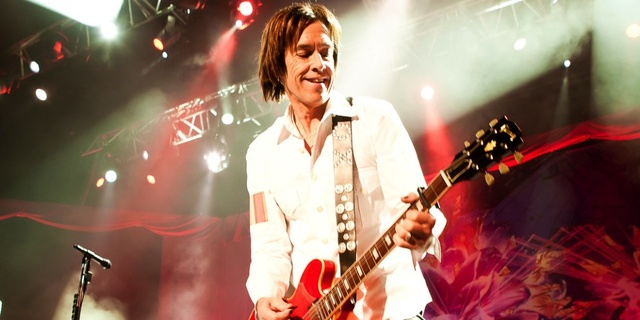 The band went about their repertoire, their sing-a-longs more than just a stage gimmick. This was identification, as Gessle and Fredriksson’s vocal harmonies fused together alongside pentatonic electric guitar rifts, rhythmic drums and power bass, and they took 'It Must Have Been Love' from an acoustic set-up to a full rock ballad.

With numerous hits on record and many world tours under their belt, Roxette’s stage presence and showmanship could still be considered world class. 'Listen to Your Heart', 'Spending My Time' and 'Church of Your Heart' swirled round the stadium as Marie’s vocal overtures had the audience in rapture. Couples stood and swayed together in embrace – no doubt the love anthem of their dating courtship days.

“Sweden is three things. It is cold. It is also dark. But it is always full of love”. Per Gessle

Two encores later including the hits 'Joyride', 'Dangerous' and 'Crash, Boom, Bang!', Roxette bid farewell to a capacity crowd giving us a Swede reminder of rock in its glory days. 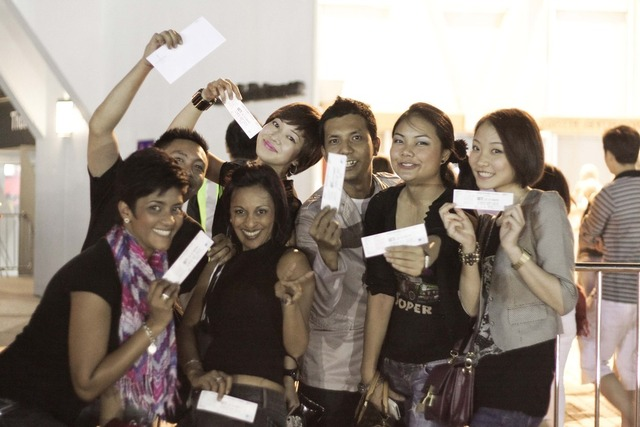