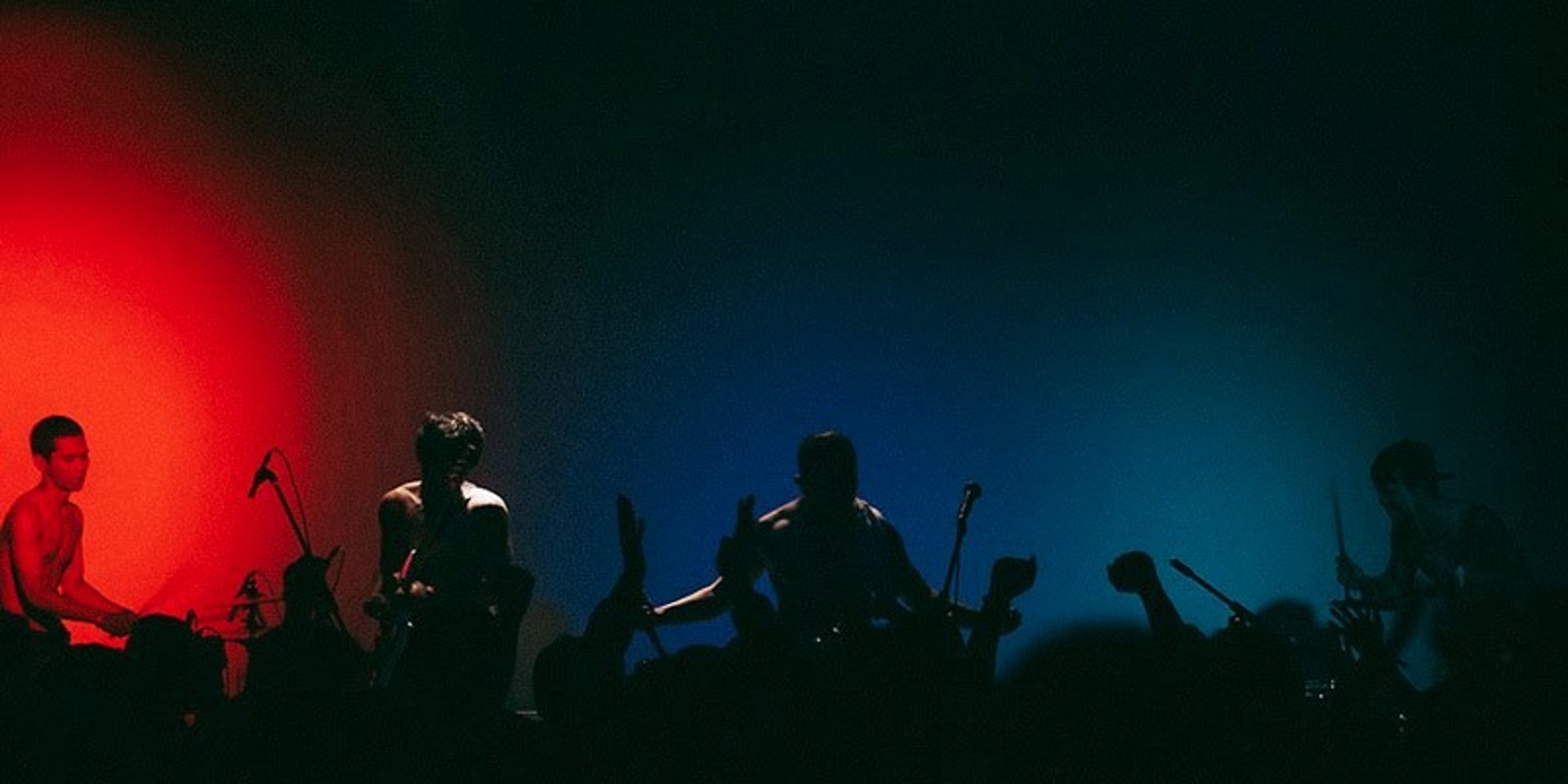 We over at Bandwagon have burned a lot of space talking about Senyawa, Rully Shabara's shape-shifting project with instrument-crafter/multi-instrumentalist Wukir Suryadi. And now, Rully's other project, Zoo, a progressive band who's been around since 2005, are going on tour in Europe from March 22 to April 14. The dates include a festival slot at Sonic Protest Festival in Paris, France.

Composed by Rully Shabara, Bhakti Prasetyo, Dimas Budi Satya, dan Ramberto Aguzalie, Zoo have cultivated a relatively low-key appearance in festival circuits or even solo concerts. With three LPs and an EP to their name, Zoo maintain an inventive, quiet act in the Indonesian experimental scene. (No kidding: According to Rolling Stone, Zoo announced an open call for theologists and linguistic experts to help with their forthcoming LP.)

And find the tour poster below: 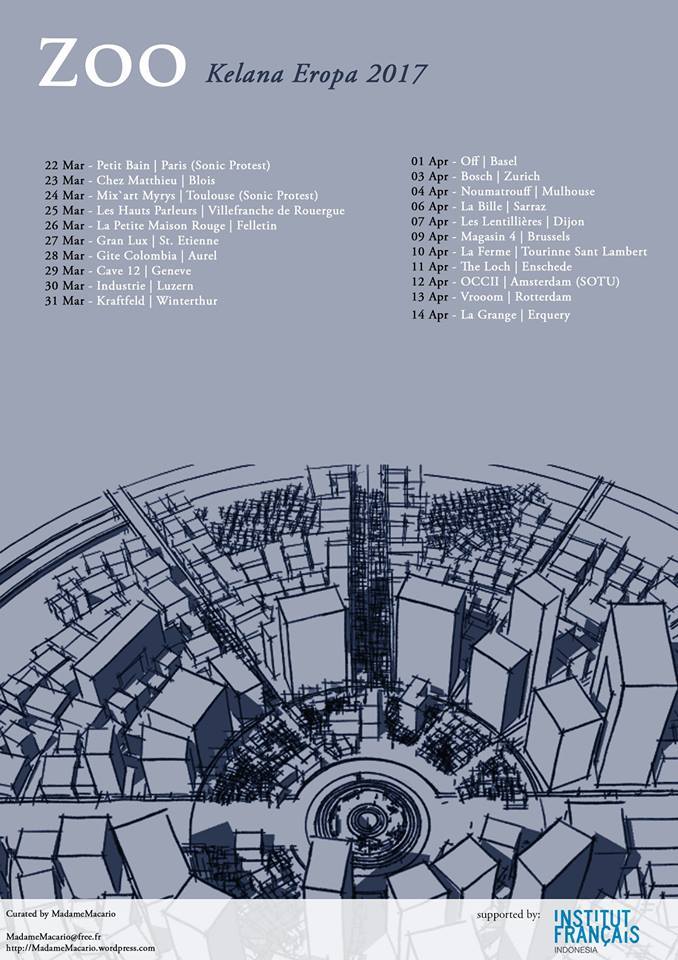