“Please note that anyone caught trafficking drugs into Singapore faces the death penalty,” went the loud intruding landing announcement as my flight descended down into Changi Airport. What an ironic way to end the weekend! Around me, I saw masks of disappointment imprinted on my fellow Future Music Festival Asia (FMFA) party revellers. Somehow, I was sure that the gravitas of the advisory was not lost on my fellow travellers. But, they were probably too dampened to respond. Everything happened so fast, that the passing weekend resembled a blur. It was like the festival didn’t even take place. Wait a minute, it didn’t! How did things get this way?

Three Is a Magic Number

My humble readers, you probably heard the saying, “Third time’s a charm”. Well, so did I. So much so, that I set off on Thursday for FMFA '14 (courtesy of Livescape Asia!) with the highest of hopes. I mean third (and biggest) FMFA installation ever, three days of the biggest names in EDM and Hip-hop as well as being finally able to catch Porter Robinson at the third time of calling (due to circumstances, I didn’t catch him at Zoukout or Zouk Singapore). Hence, you can believe me when I say I was just as excited as the other 85,000 participants. 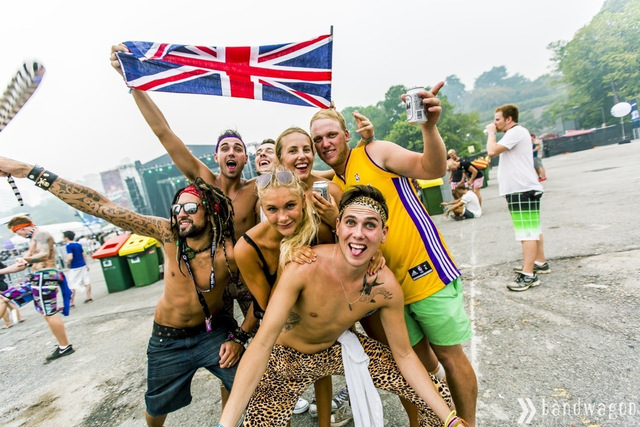 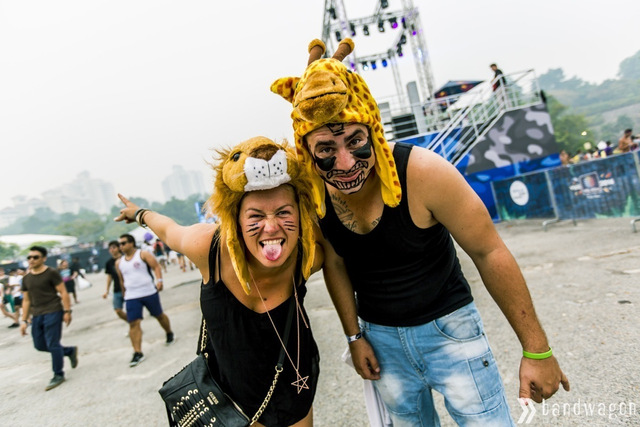 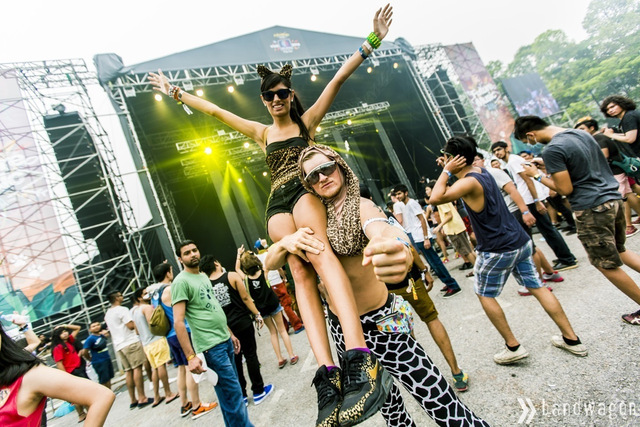 Welcome To the Jungle

Things got off to a fairy tale start on Thursday. Much like the opening scene of the Disney classic ‘The Lion King’, my fellow party animals and I trudged down to ‘Pride Rock’ (Or, Bukit Jalil National Stadium in this case) to witness the birth of this year’s FMFA. The musical beast kicked off in fine fashion with the usual suspect of carnival rides (Ferris wheel, drop slides and obstacle runs). Adopting a safari theme, it was an absolute zoo as the wild DJs got up and let out their EDM roar. So, how did the rumble in the jungle go? I sized them up and bring you the key  animalistic showdowns.

Epitomizing everything that Joel Thomas Zimmerman despises about the current EDM scene, ‘Cool Cat’ R3hab got the party started with his mash-up of top 40 radio tunes backed with a thumping bass line. The zoo of revellers was clearly mesmerised by his take on Coldplay’s ‘Every Teardrop Is a Waterfall’, but somehow I was much too mortified at his massacre of ‘I’m Coming Home In a Flash’ to even hear anything else. If the EDM police were around, I would have greatly pointed them to R3hab’s direction for brutal musical murder!

Thankfully, I was rescued soon enough by Joel Thomas Zimmerman aka Deadmau5. And let me assure you, this was no Mickey Mouse act. Hitting the decks sporting a cap, the Canadian progressive-house producer was welcomed to a sea of neon foliage. Starting off slow, I was brought on a gradual aural journey which was carrying me off to another world. Donning his signature mouse head dress midway, Deadmau5 brought it on as he was spinning hidden behind the sanctuary of his mask. Ending off the night with an oldie (but a goodie), ‘Strobe’ was the perfect high note to show that he was indeed the king of this jungle. As if to further underline his superiority, I spotted a fan flagging a Doraemon effigy up for humble sacrifice to the 33 year old. The first FMFA brawl was over, and in this animal kingdom, it was the smallest of creature that stood the tallest. I, along with the others, will not easily forget that plastered smile of satisfaction on Deadmau5.

Winner (and by a long mile!): Deadmau5 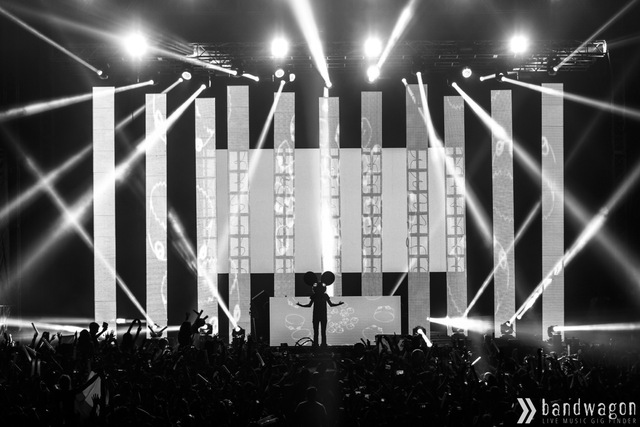 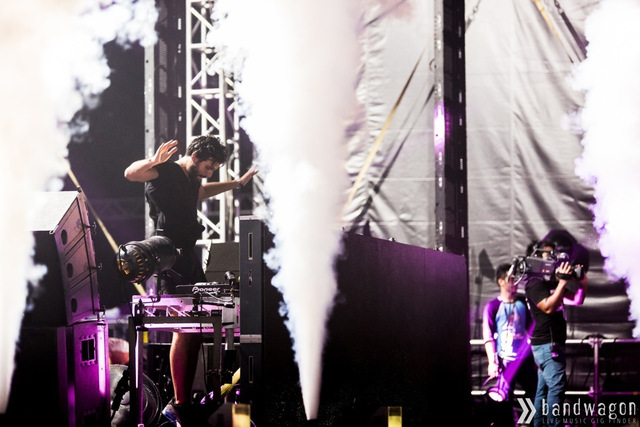 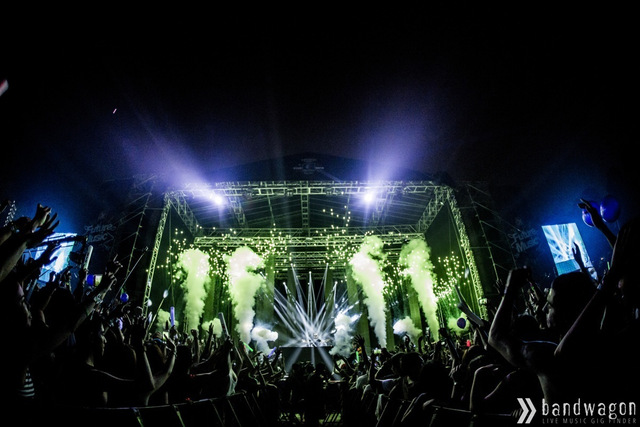 MaRLo ‘The Monkey’ VS Markus ‘The Peacock’ Schulz

Under the blistering evening sun, Dutch DJ and producer MaRLo got ASOT underway with his cool signature sound. Deeply influenced by trance, techno and house music, “the MaRLo sound” was exactly what the doctor ordered to warm the crowd up. Combating the hazy sky with his unique remixes, the energetic Australian-based artist had revellers moving to his beats.

Markus ‘The Peacock’ Schulz, on the other hand, was a completely different creature. Under the blanket of the night sky, Schulz was strutting around displaying his flamboyant feathers of outrageously bright lights, explosive pyrotechnics and tentacles of lasers throughout his set. Fresh off touring with Ferry Corsten as New World Punx, Schulz played a crowd’s set which ultimately sufficed. But in my humble opinion, it was all flash and little trance substance. 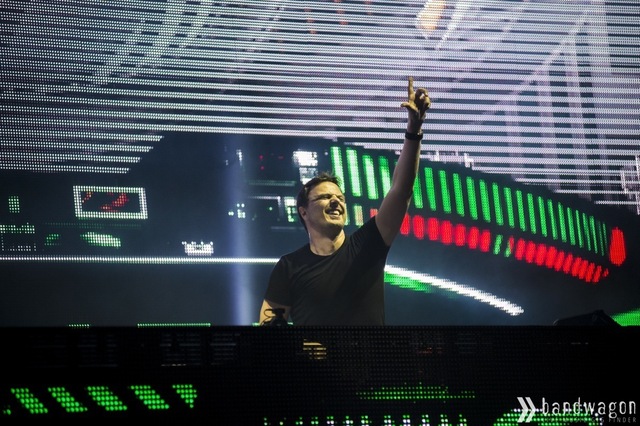 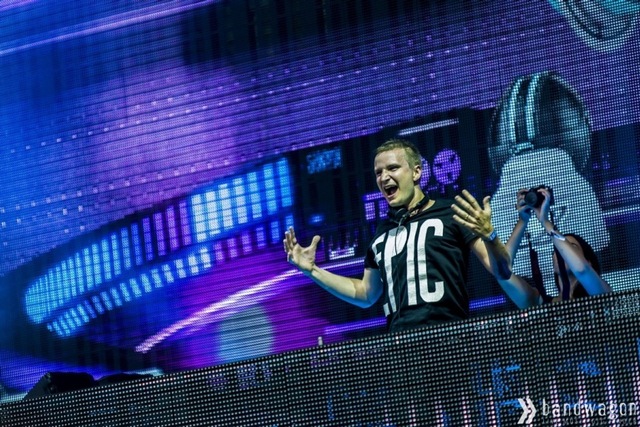 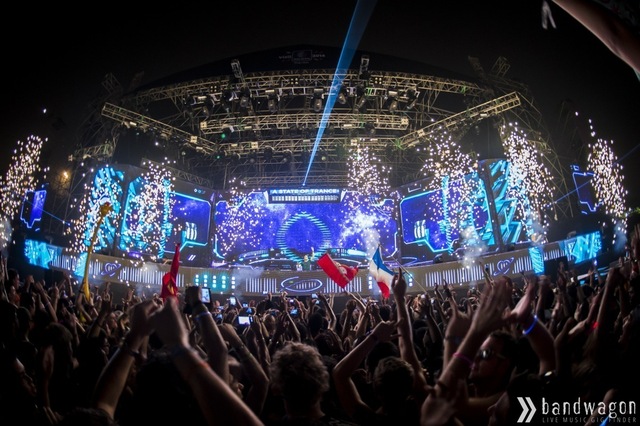 One of the rising stars of Armin’s trance label Armada Music, Andrew Rayel aired his trance credentials at ASOT 650 MY. Hailed as the “Mozart of the trance world”, the 21 year old Moldovan bowled the ravers over with his big tunes. It’s easy to see why Armin himself is gushing over the future of trance with torch bearers like Rayel leading the new wave! In a moment that will forever be etched onto my musical memory, Rayel’s seamless transition from Dash Berlin’s ‘Waiting’ to Above & Beyond’s ‘Sun & Moon’ showed that the student has truly surpassed the master. After joining King Armin on stage to unveil their latest collaborative track ‘EIFORYA’, Rayel was more than happy to cede the stage to his mentor.

The main star of the night, Armin ‘The Lion King’ Buuren kept things pretty simple for his ASOT 650 MY set. Despite drifting slightly away from his signature ‘trance-y’ sound, he was still able to command a huge labyrinth of revellers that would have held any Minotaur. A proud father of two, the 37 year old Dutchman put his parenting power of observations to good use as he knew the crowd like the back of his hand. Possessing the insider knowledge of when to drop the beat, hit the peak and sustain the euphoric momentum, there was no need for elaborate staging for this deep ‘Exploration of Space’ and time. That night, the regal trance god saved my life by sending his ‘Concrete Angel’. But, life unfortunately doesn’t exist in an ASOT bubble. Aware of the MH370 tragedy, Armin showed his humanity as he united the ASOT family together in a moment of silence. Whatever higher power out there must have been moved by this gesture as a sprinkle of light drizzle came falling down from the heavens. Using again ‘The Lion King’ analogy, it was like the ending scene in which the rain cleansed away the despair of Scar’s reign and ushered in a new hope! 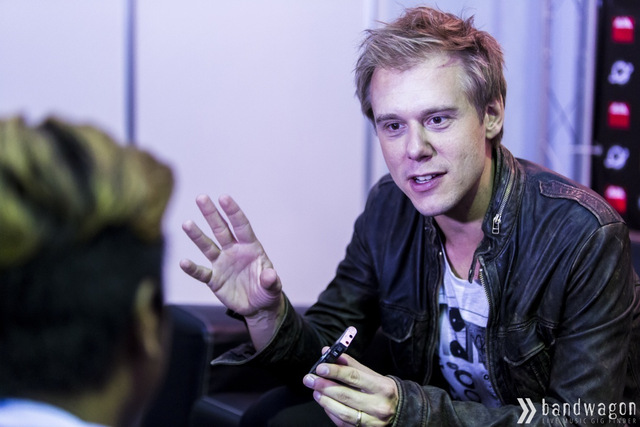 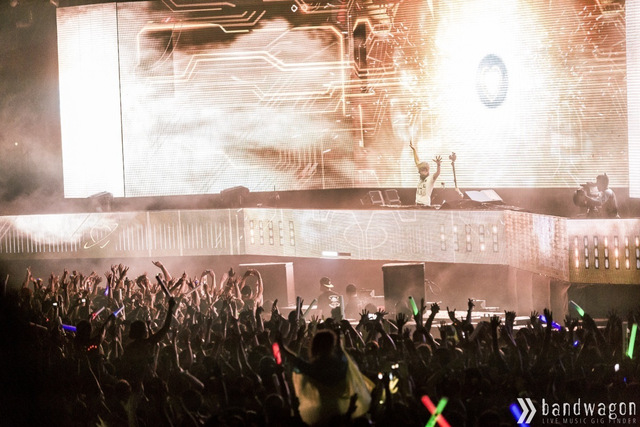 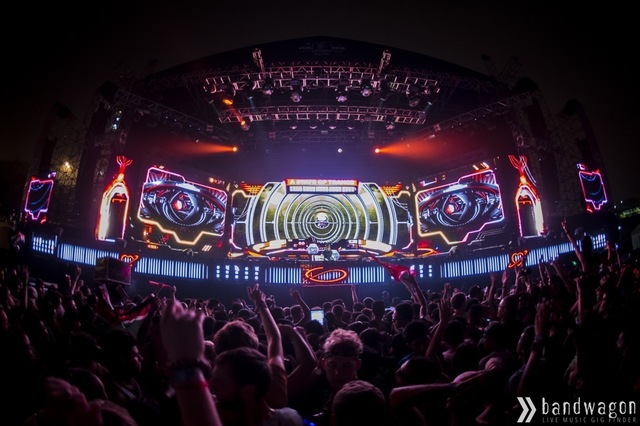 There is a lesson from the hit HBO crime drama ‘The Wire’, “You come at the king, you best not miss”. While Rayel threw down a gauntlet at this top notch brawl, the victory surely must go to Armin. It was a close battle, with Rayel acquitting himself well. But Armin’s relevance to this day is unquestionable and the MH370 remembrance at the end, the perfect icing on the cake. Though ‘Dark Warrior’ need not worry, in time the down-to-earth King knows that he will have to complete the circle by passing his mantle on to Rayel.

Day 3, Death In the FMFA Family…

Undoubtedly the highlight of FMFA 14, this was the day that peaked every party animal’s interest. You will be hard pressed to find another regional aural enclosure featuring the likes of Pharrell, Macklemore & Ryan Lewis, Porter Robinson and co. Unfortunately, the Malaysian police proved that they were top dogs as the party ended just as it got started.

Just as I mentioned before, FMFA, it seems, doesn’t exist in a bubble. And, actions do have repercussions. At any festival, everyone is regarded as a family. After all, we are all connected in the ‘circle of live music’. So, it is with a heavy heart to learn about the death of six fellow FMFA festival goers due to drug overdose. With a further 14 others hospitalised, FMFA organisers decided not to proceed in the interest of revellers. Besides, it just doesn’t seem right partying with our FMFA ‘family’ members in crisis. While I am still reeling about missing out once more on Porter Robinson, my thoughts and prayers (as well as the entire Bandwagon and Colossal Photos team) go out to the family and friends of those affected. Third time’s a charm? I am not so sure anymore… 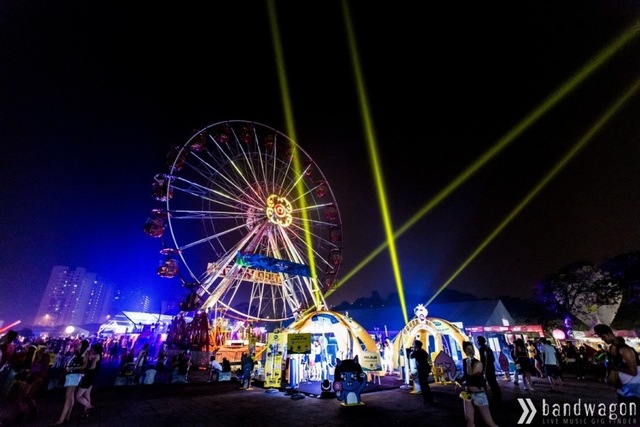