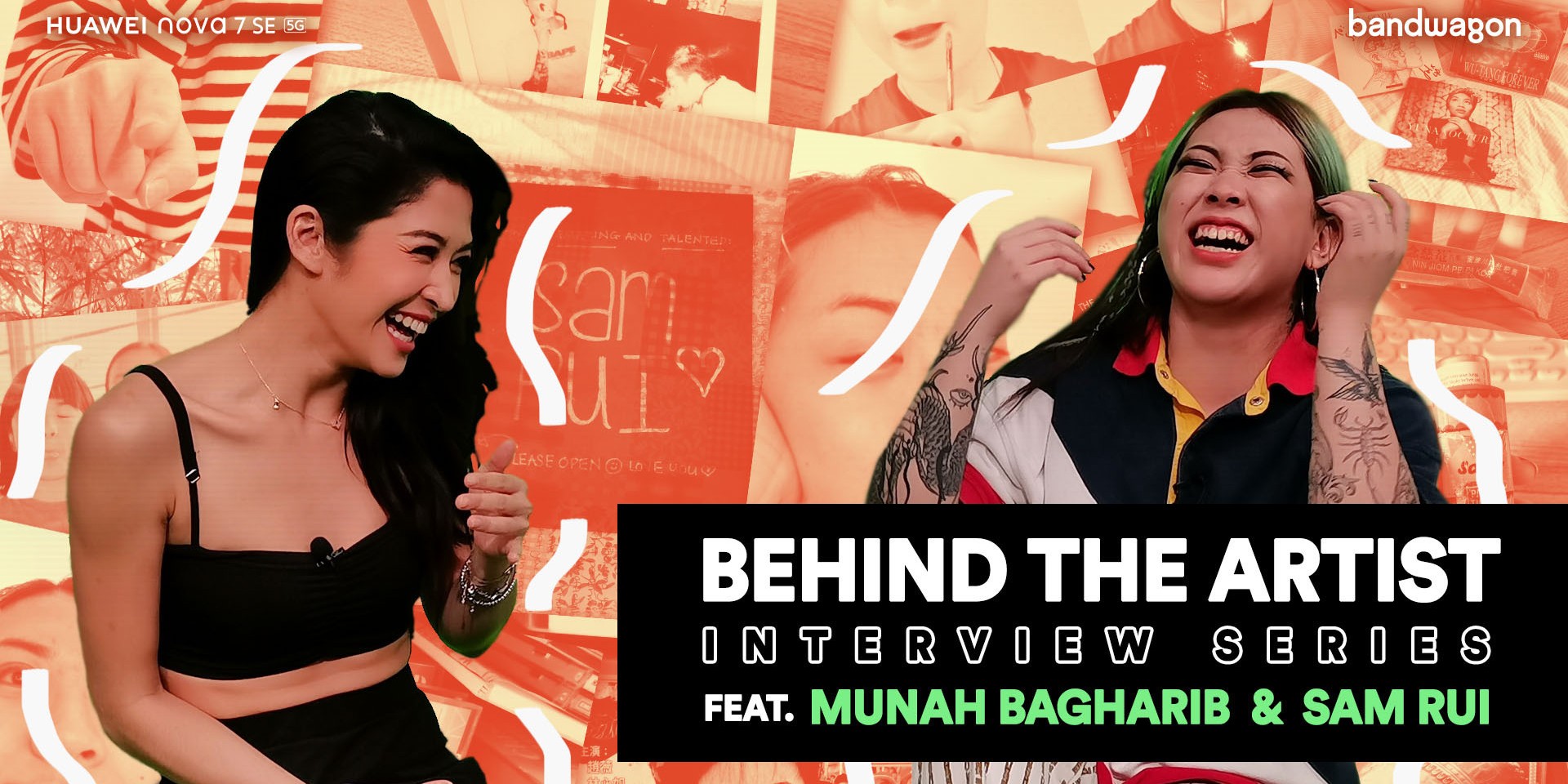 From her childhood collection of the 1998 Chinese drama series, My Fair Princess, to her humble beginnings posting emotional songs on SoundCloud, Singaporean R&B songstress, Sam Rui, digs deep in Bandwagon’s video series, Behind The Artist.

This is Bandwagon’s latest video interview series with musicians and artists, that explores stories, memories and adventures that make up who we know them as today. Filmed behind a green screen, artists are asked to take photos that represent their answers to our questions, using a mobile phone. The interview is then conducted with these photographed memories featured behind the artist. The first episode was hosted by Munah Bagharib, and shot entirely on the new HUAWEI Nova 7 SE smartphone.

First up on Behind The Artist is Hear65 Sing Along SG alum, Sam Rui!

Most known for her tracks ‘Better’, ‘Don’t Lie’ and ‘Down’ featuring Singaporean producer FAUXE, Sam Rui continues to gain popularity with her ethereal and ultra-relatable tracks. In her latest EP, entitled In Between, Rui showcases vulnerability and a myriad of emotions, all against remnants of that good ol’ R&B sound.

“Instead of one theme, it’s like a storyline. It goes from a sad song [with] ‘In My Head’ [which] is quite early in the album and it’s a full-blown breakup song. And it goes like that [to] the last song of the album ‘Crew’, which is very uplifting. So, it’s quite a spectrum of emotions,’ she said.

Beyond her EP, the singer also delved into a fond memory of her grandfather, the sweetest gift she received from a fan and her relationship with Korean artist, Meloh, and even played a fun game. Check out the full episode of Behind The Artist, featuring Sam Rui, here:

More episodes of Behind The Artist will be coming soon, so make sure you keep an eye out!

Powered by Huawei, the entire first episode of Behind The Artist was shot with the new Nova 7 SE smartphones.