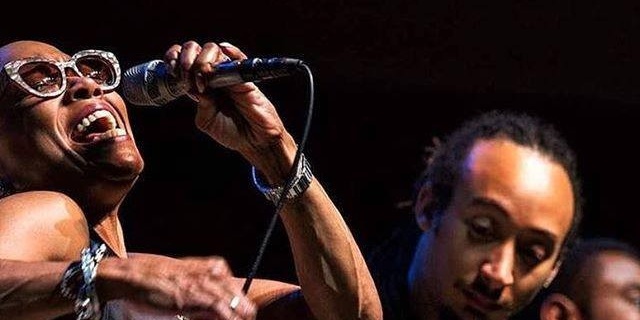 One thing that caught my eye when I was reporting on the line-up announcement of Indonesia's Java Jazz Festival was the fact that last year's line-up was just too pop for a festival with a Jazz (capital J and all) on the title. And that was only the President Director of the festival saying that.

For a reason, mind. To decide whether this year's Java Jazz Festival will teeter at the sight of "what the hell is this?!" I tried combing over the line-up and found that it's safe to say that this year's line-up falls into the jazz net just fine. Can't say the same about the Indonesian line-up, with pop singers Tulus, Afgan, Kunto Aji or even indie rock band Barasuara all making the cut. It's fine, there's plenty acts to go over.

With no further ado, I compiled seven songs from some acts on the line-up and you can check 'em all out below.

1. 'Cool Weasel Boogie' by Chick Corea and the Elektric Band

This one groove is culled from pianist Chick Corea's outing as a bandleader, released in 1986. The track just glides smoothly with one punchy bass anchoring it through its 6 minute runtime. Anyway, there's also an electric guitar solo popping every now and then on this song.

Eva Celia is a jazz singer-songwriter from Indonesia and And So It Begins is her debut LP. One track that stood out for me comes near the end in 'Mother Wound,' a stealthy pop-jazz song. I would watch out for her and I could use this song as my one and only yardstick.

You started so early and made it so fun

With hard work and talent

You became number one."

'Dear Ella,' a song of her Grammy Award-winning record of the same name, is a great paean from Dee Dee Bridgewater to Ella Fitzgerald. It may be true that lineage runs deep in jazz music -- admiration can be mistaken for 'being heavily influenced' -- but this tribute is heartfelt and thoughtful.

This is one hell of a bubblegum pop that earned its singer a status as the perfect crossover: Pop and independent. Tulus has made several rounds on television morning shows his whole career, but the record that has this song took that cake for him.

To be fair, Sri Hanuraga Trio is the one on the line-up, but its leader, Sri Hanuraga, put out one of my favorite LPs of last year. It's a meandering jazz song that pays off at the end.

Remember this song? Of course you do. It's the one song with Black Eyed Peas (remember them too?) lending a hand. But what you may not remember is that Sergio Mendes recorded this song in 1966--earning praise all around. It has everything: A bossa nova sound so smooth that it's almost relaxing.

7. 'Don't You Worry 'Bout a Thing' by Incognito

This Stevie Wonder classic gets its jazz-funk redo thanks to the band Incognito. It has groove that, even when it doesn't rival Stevie's, is good enough to earn them one of their first chart-breaking songs. ​

Java Jazz Festival 2017 is happening from March 3rd to March 5th at the Jakarta International Expo.