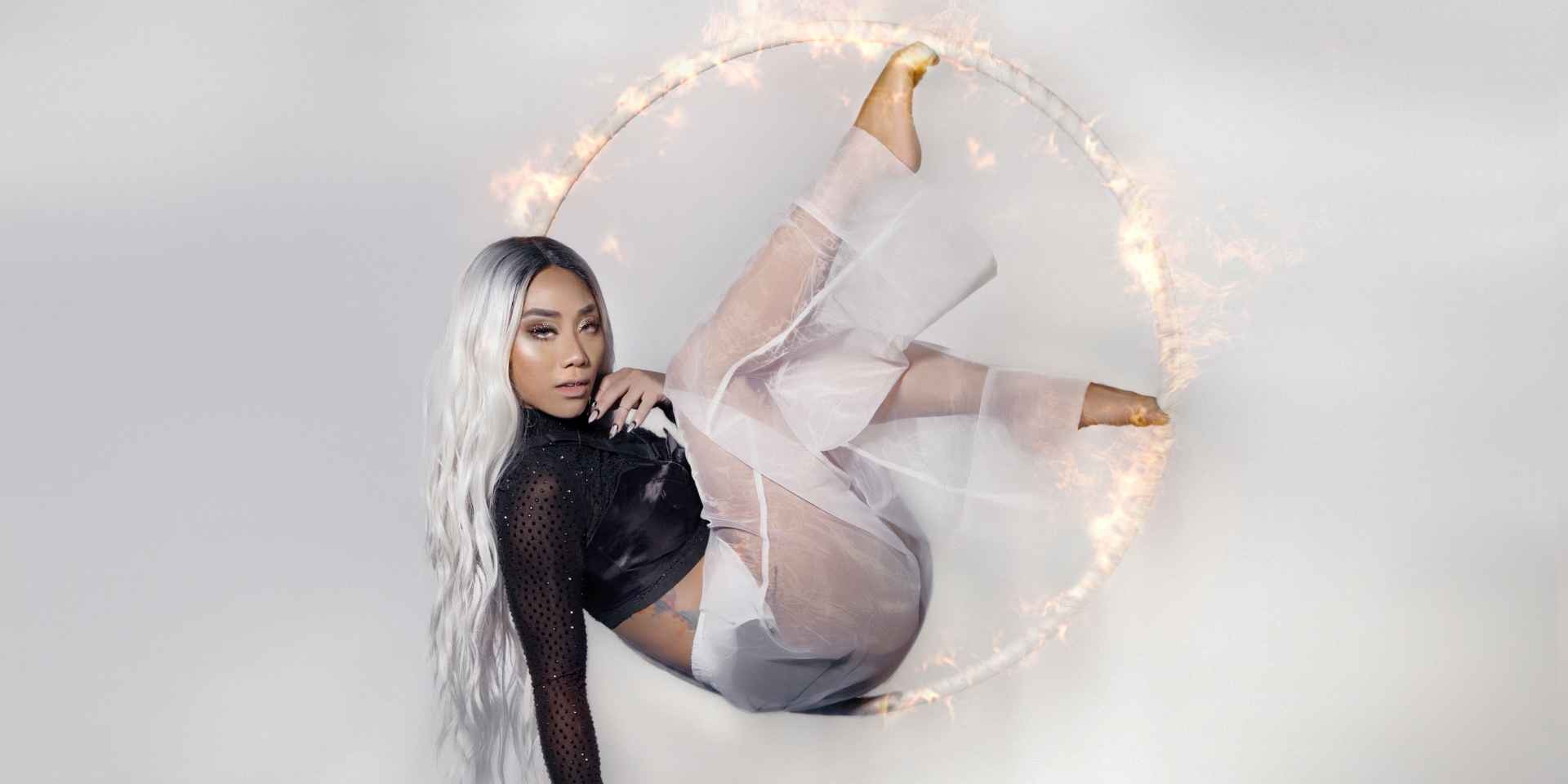 One of the two sirens in The Sam Willows, Sandra Riley Tang, has slingshotted herself away from her band and into her solo incarnation. Her calling card is her debut single ‘Burn’ and its accompanying music video, that she co-directed. The song is an earthy creature, composed of silken hooks and a street-ready attitude that harnesses hip-hop’s radical infiltration into the mainstream. She peers out of its sonic confines with a smouldering glare, a glorious statement of intent on her lips: “Don’t cry when you see me on fire”.

It’s a gauntlet, thrown. Addressed to the doubters and haters who are invested in holding her back. Feral, contemplative and uncompromisingly her own, RRILEY is the living embodiment of, “New life. Who dis?”

Find out more about how Sandra became RRILEY in our interview with the lady herself.

Because one 'R' is boring! I mean, I'm a little bit extra, so why not an extra 'R'? RRILEY is an alter ego on its own. There are so many facets of myself that I'm slowly exploring through all the tracks.

And what makes RRILEY different musically or philosophically from what you do in The Sam Willows?

It's definitely different when you're part of a band. As a band, we are a unit, so our thoughts come out as a unit. But when I'm on my own, it's my own thoughts alone. Musically, RRILEY is definitely more sassy, and maybe a little bit more poppy.

Does going solo intimidate you?

Hell yeah! [laughs] That's always the scary thing. When I was growing up, I was very used to playing group sports as well, and then I picked up Brazilian jiu-jitsu. That's kind of the same feeling I have now because when you do BJJ, you're literally on your own and when you step onto the mat, in competition mode, you have no one else to save you and everything is on your own. Same as performing on your own as well. I have so much respect for solo artists because it's not easy.

Maybe it's also because I've been so spoilt with having three other people beside me so, if ever I mess up, they'll be there to cover me. But when you're on your own, all eyes are on you and it's quite nerve-wracking, to be honest, but that's also what's really exciting. It's something new, and something I have been toying about with in my mind for a very long time, so I'm quite excited that it's happening. It's not going to be easy, but nothing ever worth doing is going to be easy.

On a more fundamental emotional level, how does your involvement in sports and training help you in terms of navigating your craft?

I think if anything, it helps me mentally. You'd be surprised; you'd think it would be a physical thing, with all the cardio and such. But a lot of things I've learnt through BJJ or even through yoga, remind me that it's all in the mind. Your mind, your body and your breathing, they are all connected as one. So when you can control one, you can of have the rest follow suit.

What are some things you're looking forward to doing as you strike out on your own?

Oh, there are so many things I can do now that I could never do in the band! I don't want to give away too much but you can tell from the stuff that I've been releasing that it's something that I could have never done with the Willows.

To me, more is more. I'm actually quite an extra person, so there are so many of these extra things that I want to do and I am very excited to do them; so many ideas I want to execute as well. You just have to stay tuned because it’s all coming! 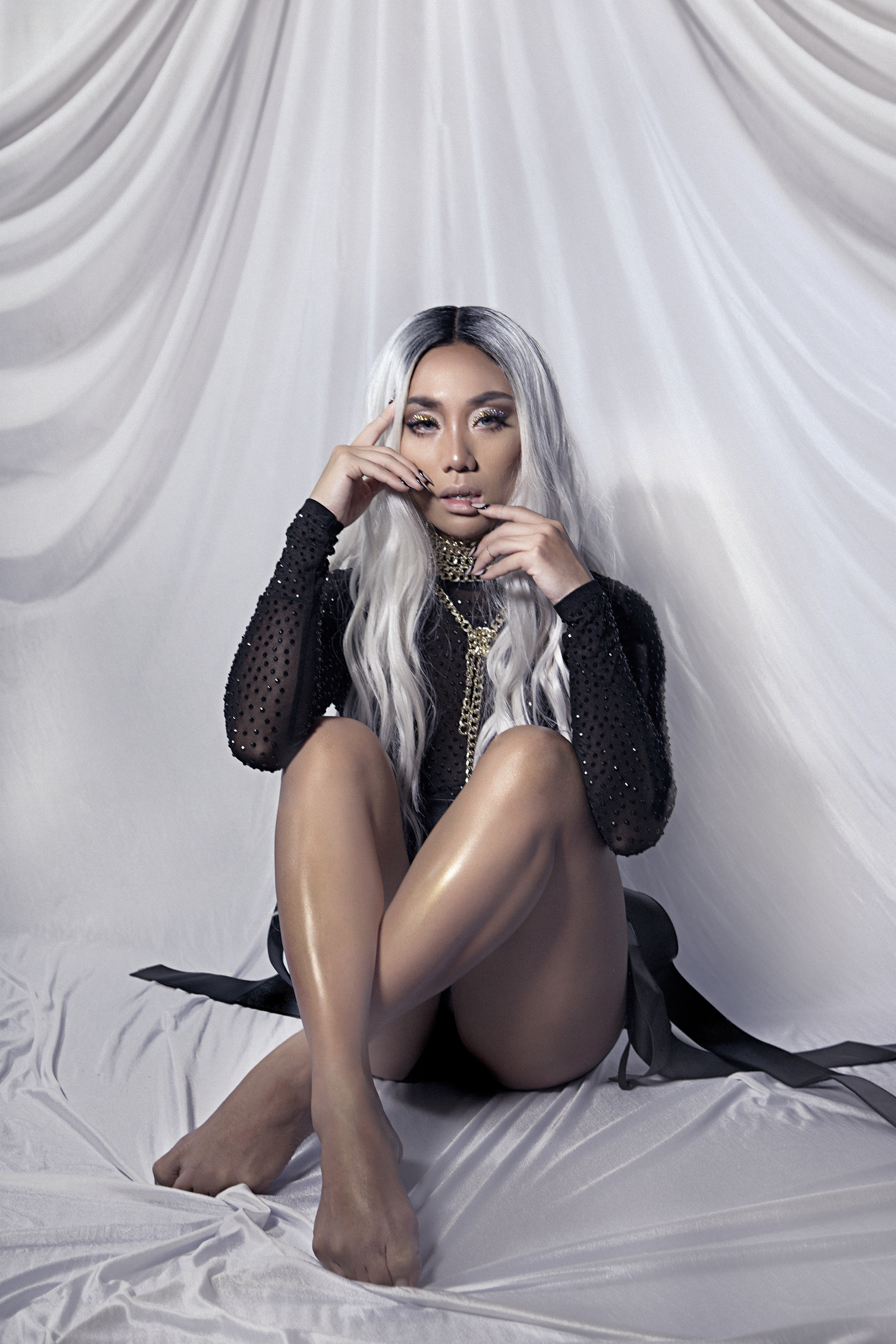 So, 'Burn' has been in the works for two years; I started writing the song two years ago with Josh Wei. It’s really interesting because a lot of hands have touched this song. We've had Sam Rui, Linying, and Daphne Khoo on the song as well, in the early stages.

I believe, that, to write a great pop song, it's not just one person on the track. Sometimes, you need a lot of different ideas to make it special. Obviously, because it was written two years ago, there had to be a lot of rewrites to make it more current. I mean, I'm not upset that it took so long to come out; now is the perfect time for it to happen because I think I'm finally ready. I actually flew out to LA for seven days and wrote seven songs with two separate sets of people. I wrote this song with Josh and this producer called Yves Rothman, and also this girl from the UK called Lo Lauren, who's also been going solo and who’s so talented. When she came to the studio, we completely vibed.

Do you regard it as an empowerment anthem?

Yes. All the songs I've written reflect a lot about me as a person. I'm very much an advocate for women's empowerment, for self-confidence and for diversity in representation. This song is really about being confident about stepping out of your comfort zone; jumping straight into the fire and doing something that you might be afraid of doing – if you've always wanted to do it, and you think you can do it, just go and do it!

What does the line, "Don't cry when you see me on fire”, mean to you?

When you have big dreams and you tell people, in the pre-production stage, when they haven't seen anything, they're not going to believe you. Some people will be like "Okay, cool! You think you can do this? It's going to be quite hard, you know?", and I'm just like, "Don't cry when you see me on fire, bitch!" [laughs]

But, there are also parts in the verses that are very contemplative. This is like a whole internal conversation; it doesn't mean that just because you want to do something exciting and great that you are confident in, you’re not still going to have doubts. Selling the idea of all the crazy stuff I want to do to the team was quite hard, because, they'll be like "You sure you want to do this? Will it look very nice?" and I'll say, "Ya, can! It'll be cool! People will like it!". But once I do it, I'm like, "You think people will like it?", and you start doubting yourself and your ideas like, "You think people like the song? What if it's too much?"

It's going to be an ongoing thing, of this going back and forth. But, ultimately, you just have to embrace it and be confident about it.

So what was one thing you wanted to do that people were skeptical about?

Well, for a start, going solo! [laughs] Or even just pursuing music. We had so many people tell us when we first started out, in our first two years, "That's damn hard, you know? Cannot be done in Singapore, I tried it before!". And they'll start telling us about how they tried to do it and it didn't work, especially because it’s English music.

But we did it! Seven years later, we are living off making music and it's our career. 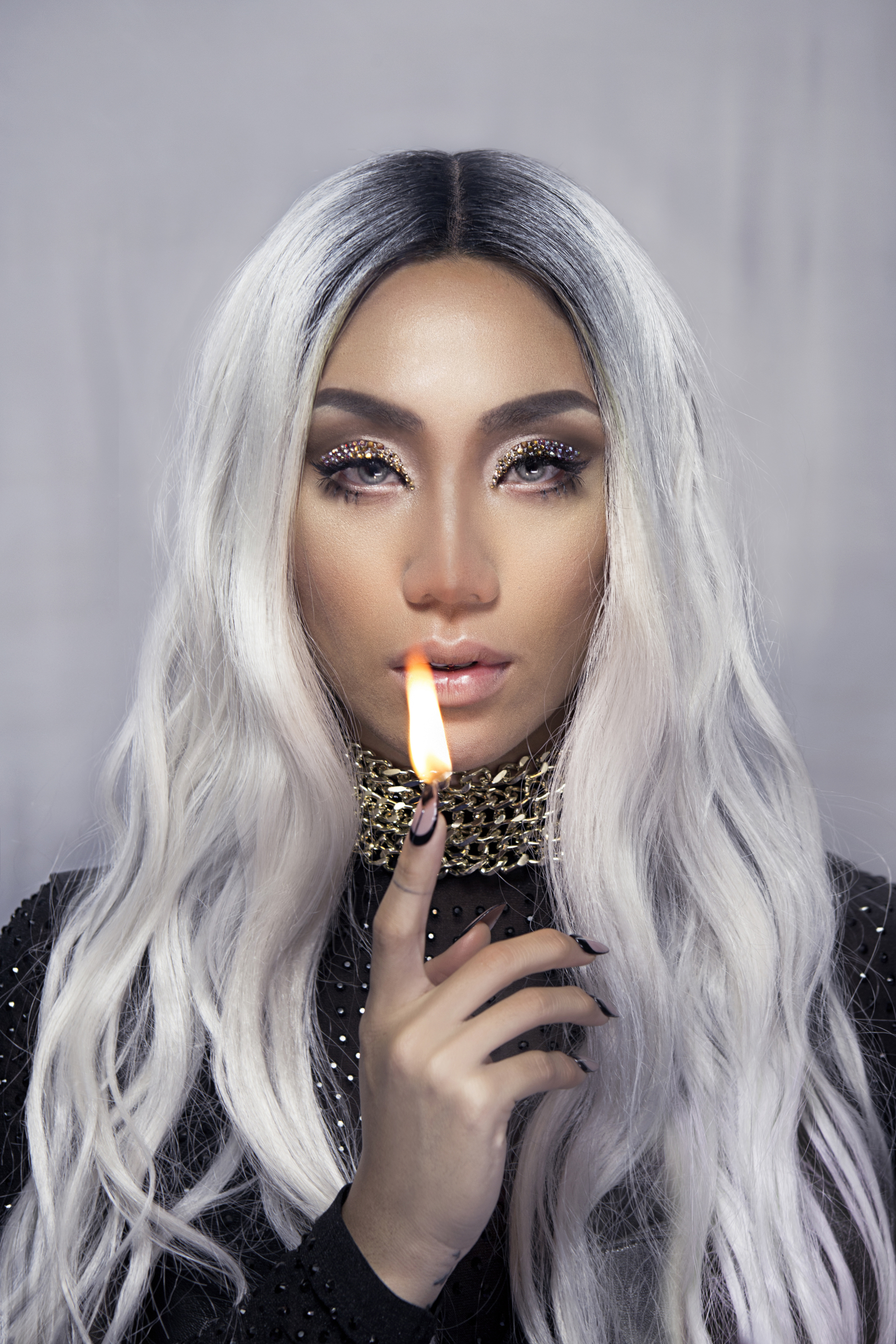 What is the one thing you want people to get out of RRILEY?

If anything, it's that I'm really just an ordinary girl.

I didn't grow up with a silver spoon in my mouth. I didn't have a lot of these "privileges" that people think, for some reason, musicians in Singapore have. No, I had to find my way. I was from a neighbourhood school, Pioneer Secondary School, which is no longer around. People never believe that it's possible to get to this point.

Finally, drawing from your experience, what can you tell people about the merit of sticking to their guns?

First of all, believing in yourself, and your passion, is number one. The next thing is really just understanding the value of your work. If your work is truly good, you need to consult reliable people. If they tell you your work is good, then you know your work is good. There are people who believe that their work is good but it's not. You can stick to your guns and go guns blazing, thinking "Why is no one picking up my work?". Well, because it's not good.

I always believe that, sometimes, money can really be an issue. If you want to make money, there're always ways to make money. I was working in school as well. I was waitressing to pay for my education. I really believe that if you want something really badly, it’s possible. It may be very difficult, but if you really want it, I'm 100% sure you can get it.

Sometimes, you have to take the risk. You need to dare to make those decisions that are really hard. It's really the leap of faith. Trust your gut. I had to make so many difficult decisions in my life, but I feel that they all worked out, sooner or later.

If you have a goal, every decision in your life should be made towards that goal. Some people get lost along the way and get distracted by other things. But with everything that you do, you should try to create opportunities for yourself. Some people just wait for things to happen, but you can create opportunities on your own; use the Internet; use YouTube and social media. Just do it. Just do good work.