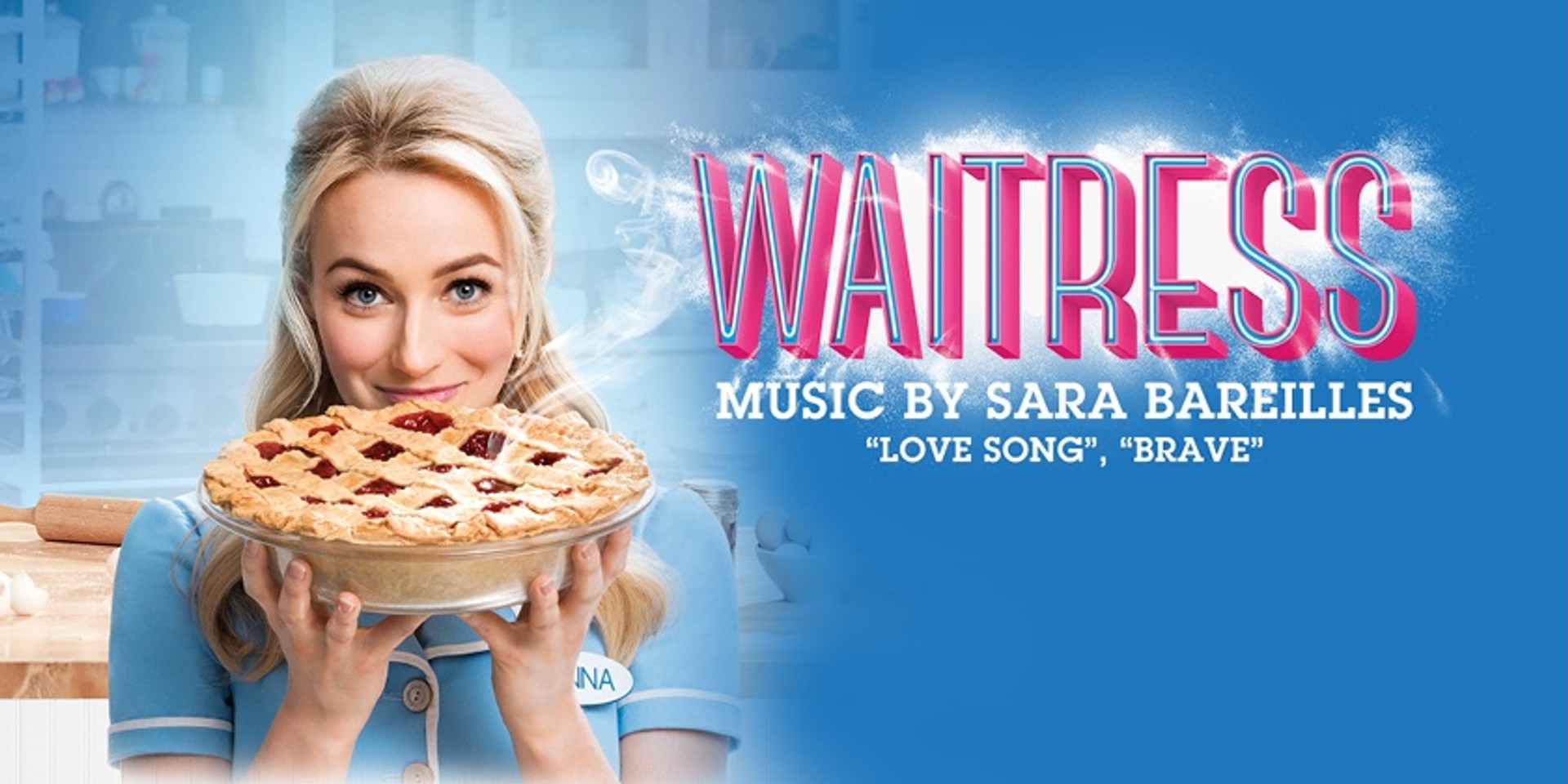 Sara Bareilles's Waitress the Musical is making its way to Manila this year!

Theatre company Atlantis Theatrical Entertainment Group are bringing the musical to the Manila stage this November and have posted open calls for all roles in the play.

With music and lyrics by 6-time Grammy nominee Sara Bareilles, Waitress is a musical based on a film of the same name starring actress Keri Russell. The Broadway adaptation was written by Jessie Nelson, who is also co-writing the musical Alice By Heart with Steven Sater and music by singer-songwriter Duncan Sheik. Directed by Tony Award winner Diane Paulus, the musical made Broadway history by having an all-female creative team.

Waitress tells the story of waitress and pie maker, Jenna, who is trapped in a loveless marriage and is looking for a way to leave her small town. She joins a baking contest in a nearby county and meets the town's new doctor, giving her a chance at a fresh start.

The auditions are set to take place on Wednesday, February 7 at Opera Haus in Makati. Registration starts at 11 AM and ends at 4 PM. Waitress hopefuls are to prepare 16 bars of a Sara Bareilles song sung in her style and are requested to bring sheet music. A pianist will be available at the auditions. 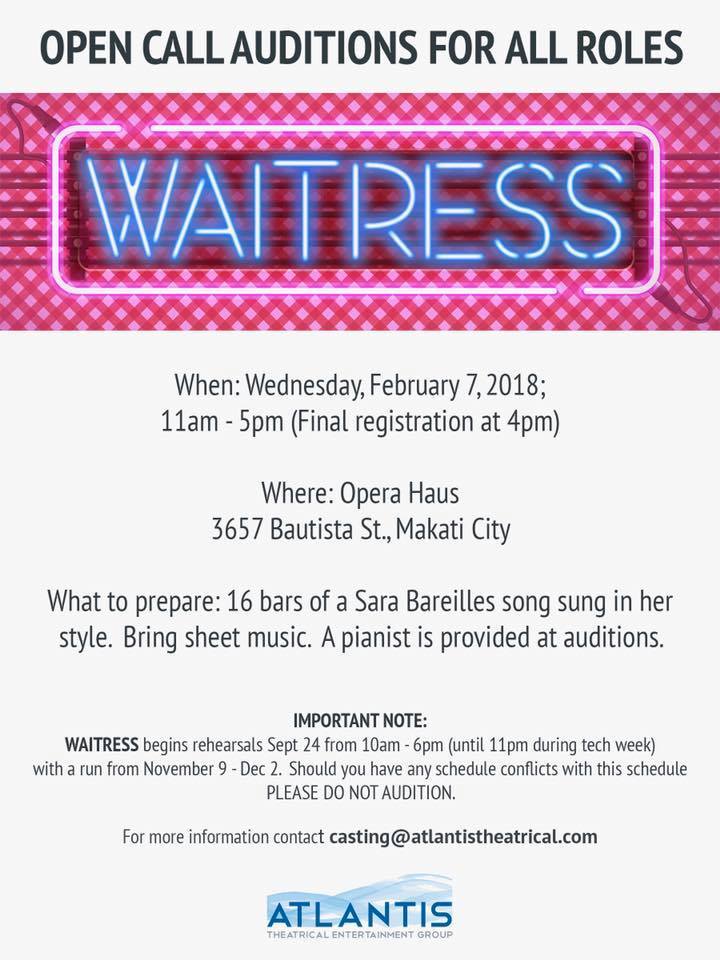 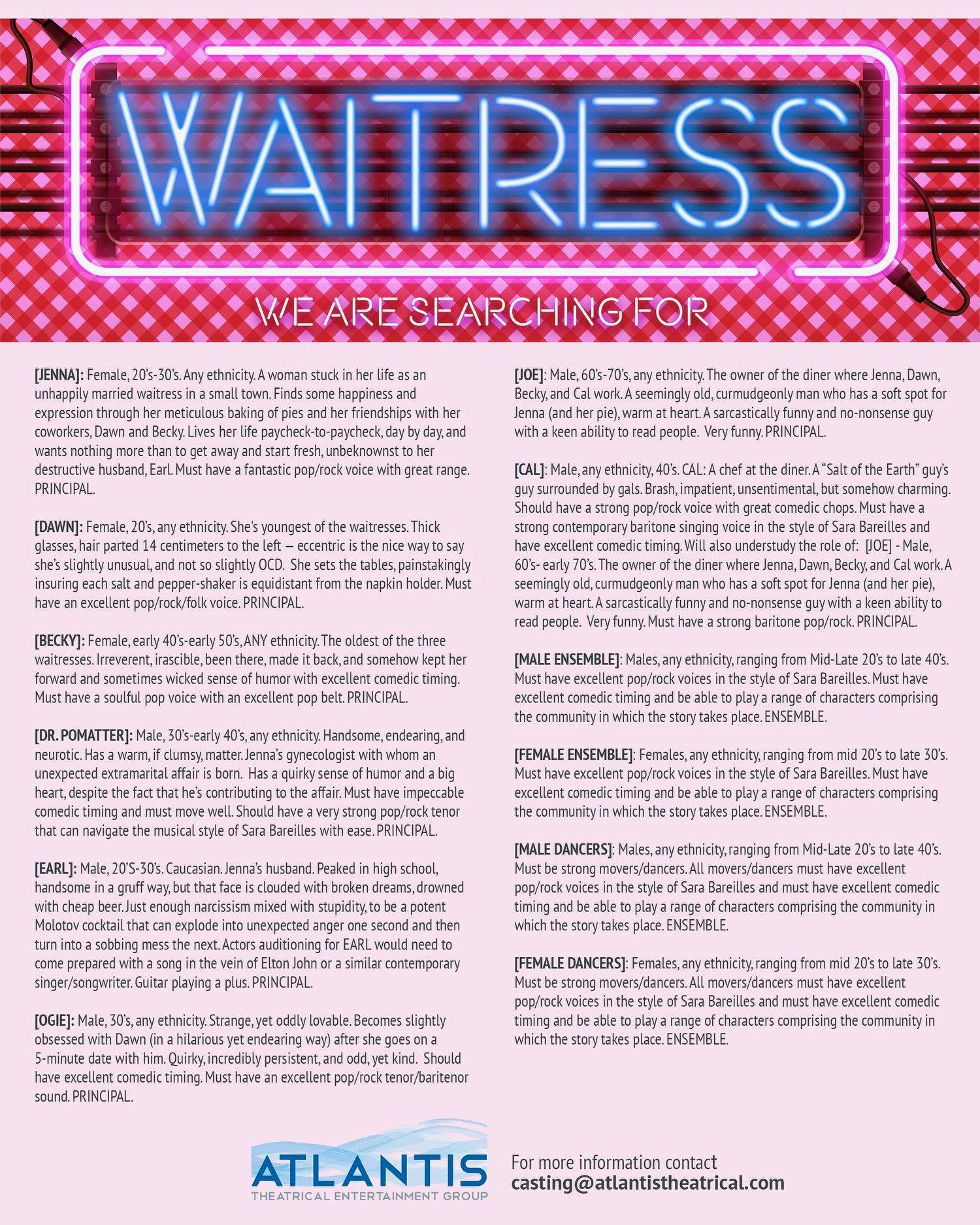 Watch Sara Bareilles and Jason Mraz with 'It Only Takes A Taste':