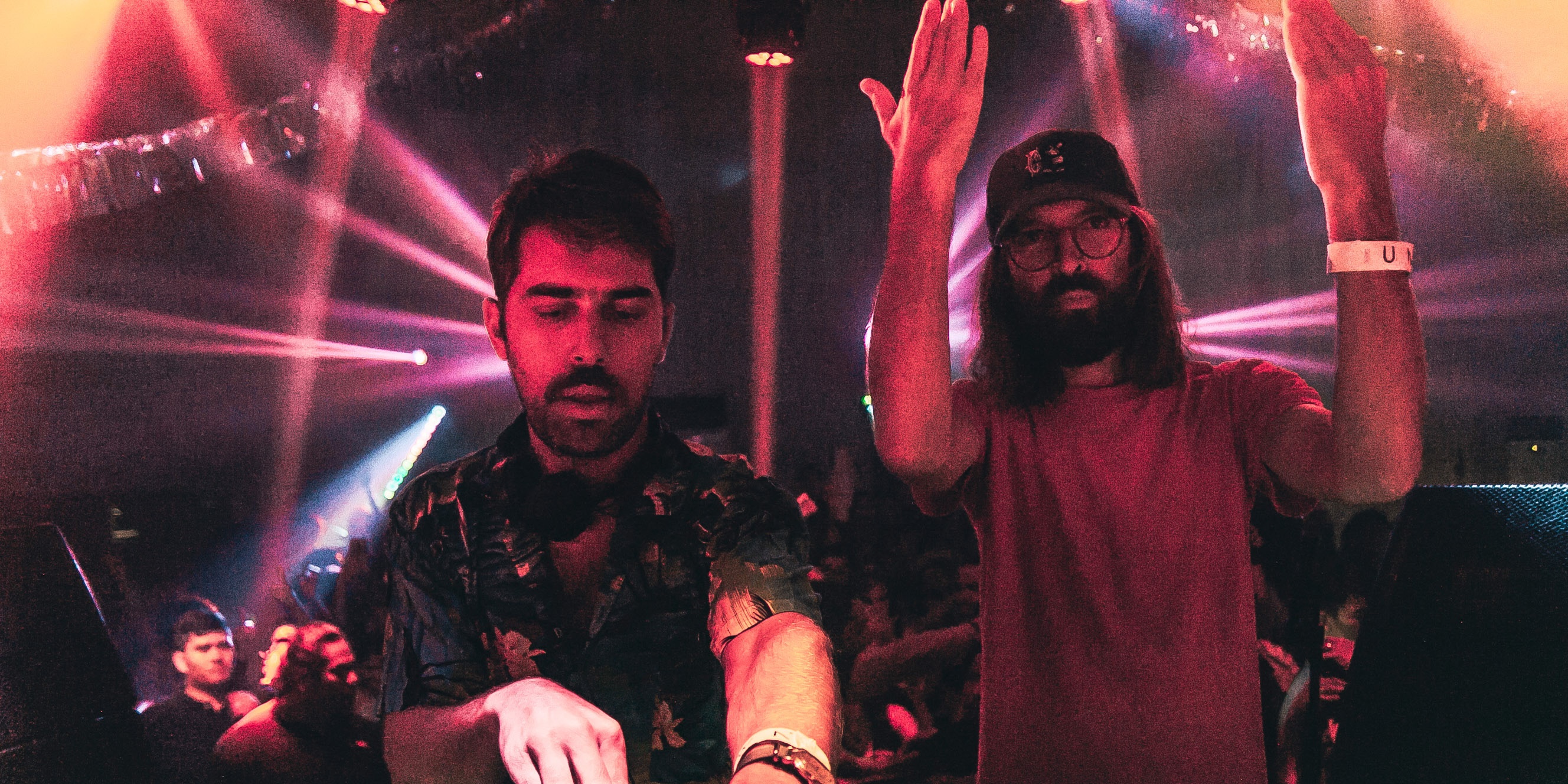 “What is this Jesus man?” commented someone on the event page of this year’s third UNKNWN outing. With Thibaut Berland’s flowing brown mane and beard, the resemblance is uncanny, such that the epithet just stuck. “It feels amazing,” he once even said about being “considered the modern-day Jesus of Disco.”

More famously known as Breakbot, Berland is a mainstay at Ed Banger Records, the kingmakers that ensconced dance music icons like Daft Punk, Justice, Cassius, Busy P, and more. Over the last decade, the producer and DJ has carved out a niche with his catchy, retro-leaning, and quintessentially French sound. He came up with a slew of remixes and breakthrough recordings, including 2010’s 'Baby I’m Yours,' and just last year, released an EP, Another You. 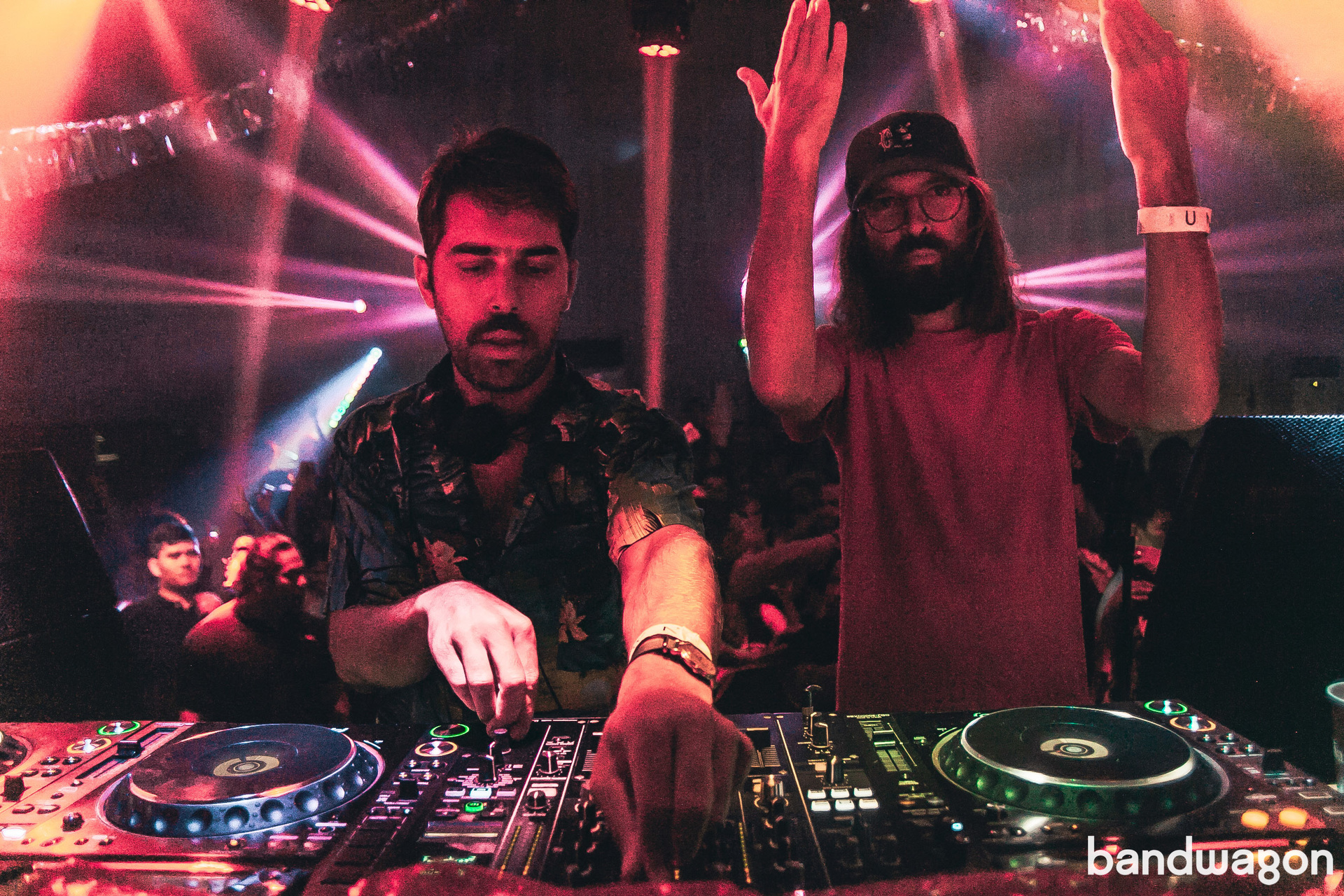 His Manila show, together with long-time collaborator Irfane (Khan-Acito), was sold out, turning the Palacio de Maynila ballroom into a disco inferno on an already feverish Saturday night (9/21).

Minutes before their unforgettable set, we caught up with the pair for a Manila exclusive on their life on tour, recent efforts, and what’s coming up:

How do you approach mixing DJ sets when you’re on tour?

Thibaut Berland: Of course, we adapt to the audience that we see, but it’s more like an improvisation thing.

Irfane Khan-Acito: I’d say there’s no set rule, to be honest. It’s kind of feeling the people and adapting. That’s what DJing is all about. It’s also sharing what we like.

Thibaut Berland: It’s a good balance between sharing what we like and feeling the audience. I guess that’s what we try to do.

What have you learned about how different or similar the crowds are to the French?

Irfane Khan-Acito: It kind of depends on the event where you’re playing and stuff. It’s so diverse. There’s no set rule.

Thibaut Berland: That’s for sure.

In the age of streaming and the Internet, discovering new music is easier. How does touring different cities around the world inspire your own music and live sets?

Irfane Khan-Acito: Well, we always try to hit a couple of record stores. To me, I associate buying records with being somewhere.

Thibaut Berland: Things that you cannot find in France, you know.

Irfane Khan-Acito: One of the great resources in this website called Radiooooo. I recommend that to your audience to go check out. It’s just like a really cool website where you can basically choose a country and a decade. There’s a great curation of music that was made.

Every time I go somewhere, I try to have a shortlist of the stuff I like, and if I find a cool record store owner, I’d just show him a list of stuff and go ‘Ah, okay. This is the kind of stuff you’re looking for,’ but kind of like, ‘Give me recommendations for other stuff.’

Thibaut Berland: He has an amazing record collection.

Thibaut Berland: Getting to eight thousand at home, so it’s pretty crazy. 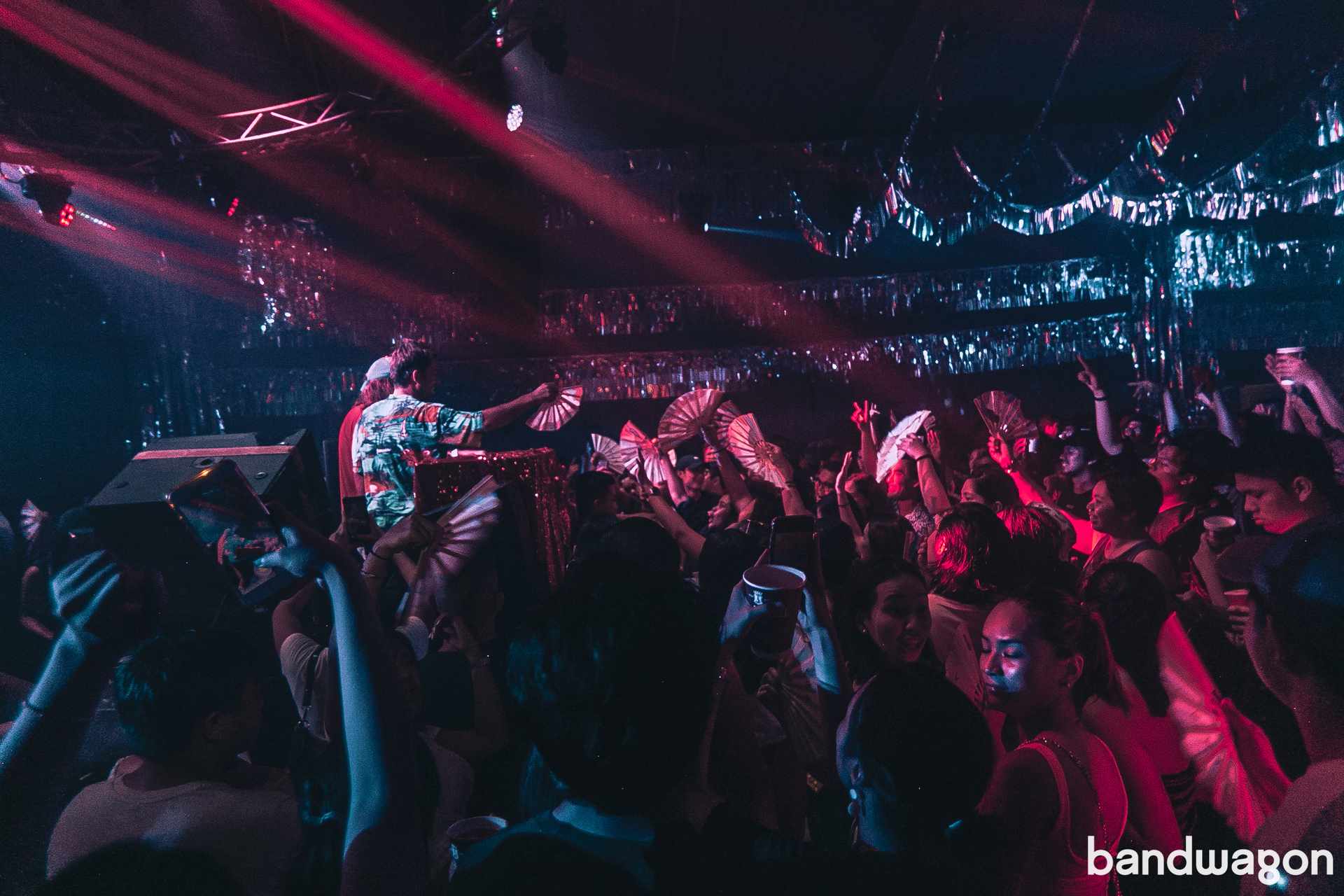 When writing music, how do you balance referencing the disco scene of the 70s and 80s and making it sound modern?

Thibaut Berland: When we grew up, it was the hip-hop and electronic scene. I guess all those guys were influenced by funk and disco. They were also sampling stuff. It was just always there – the influence and also the production part.

Irfane Khan-Acito: I think what’s really interesting with Thibaut and his way of producing is like he’s recreating the vibe of the past but with the tools of now. It’s basically creating a sound palette, which is his own, which is very recognisable. I think it’s amazing how recognisable it is, but trying to go back to what was made before with a very modern approach to making it – meaning, using very contemporary tools – is, I think, very original in a way. A lot of people would be tempted to try to recreate the sound of the past with the instruments of the past, which is not really what you’re about, I think.

You have a very modern approach to doing that. As you said, it’s influenced by all the bands that you like – from Daft Punk to DJ Premier – to sampling techniques, cutting up stuff and making it sound as phat as possible. (laughs)

Thibaut Berland: Exactly. We grew up listening to like, Snoop Dogg, Dr. Dre, and shit like that.

It’s not only about funk, it’s also like, we grew up with –

Irfane Khan-Acito: Good sonics. Guys who are interested in making it sound as big as possible for a club. I think that’s one of the things that Thibaut’s really always very careful about: how good it can possibly sound. It’s almost like a – how to put it – an optimization of the sound.

How has your partnership evolved throughout the years?

Thibaut Berland:  (laughs) When we first met, we didn’t really tour together. Since then, we had so many musical influences and mixed sets to DJ together. Every time I’m like, ‘Oh, wonderful stuff.’

Irfane Khan-Acito: Likewise. I think that one of the pleasures of music – whatever it is – is discovering a song and being able to share it with somebody that, you know, will appreciate it. This is exactly the guy (points to Thibaut).

I think we’re the same still – to this day – when we find a good tune. It goes not only for us two, but we have a bunch of friends in Paris. It’s just such a pleasure when you find a track that nobody has heard, and people are like, ‘Oh, man…’

Thibaut Berland: ‘How come I didn’t hear that before?’

Irfane Khan-Acito: And since our memory is shit now, (laughs) so we keep on rediscovering stuff that we were playing, like, 10 years ago.

With your latest EP, Another You, was there anything new that you explored?

Thibaut Berland: We tried collaborations. We collaborated with Yuksek for the mixing of our own track together. He did a really cool remix as well.

I think collaborating is something that we would explore more in the future. I used to do everything by myself at home. The more I grew up, the more I thought it was cool to collaborate with people who are more talented than you.

Irfane Khan-Acito: It’s really interesting to be able to, at one point, give the project and put it in somebody else’s hands who you trust is gonna bring it a level higher. That was the case with Yuksek – not that we were kind of stuck in terms of mixing it. He was the dude –

Thibaut Berland: He’s been able to make it right. It was like, ‘Yeah, it sounds right now.’

There’s this recent remix you did of Lizzo’s ‘Juice.’ That one was already quite retro-sounding on its own. How do you give something like that your own disco touch?

Thibaut Berland: To be honest, it was like pretty –

Personally, the original reminded me of Donna Summer.

Irfane Khan-Acito: The original to me is more like a real, big pop tune.

Thibaut Berland: It is a big pop tune, but –

Thibaut Berland: The guitar, blending and all that… It was quite hard because I felt it was pretty much up my alley, so making it different wasn’t that easy, to be honest. I don’t think I’m making it better than the original. It’s like my version of it.

Irfane Khan-Acito: Have you heard the remix recently of KITO, Hudson Mohawke’s friend? She just did a remix that’s kind of cool. 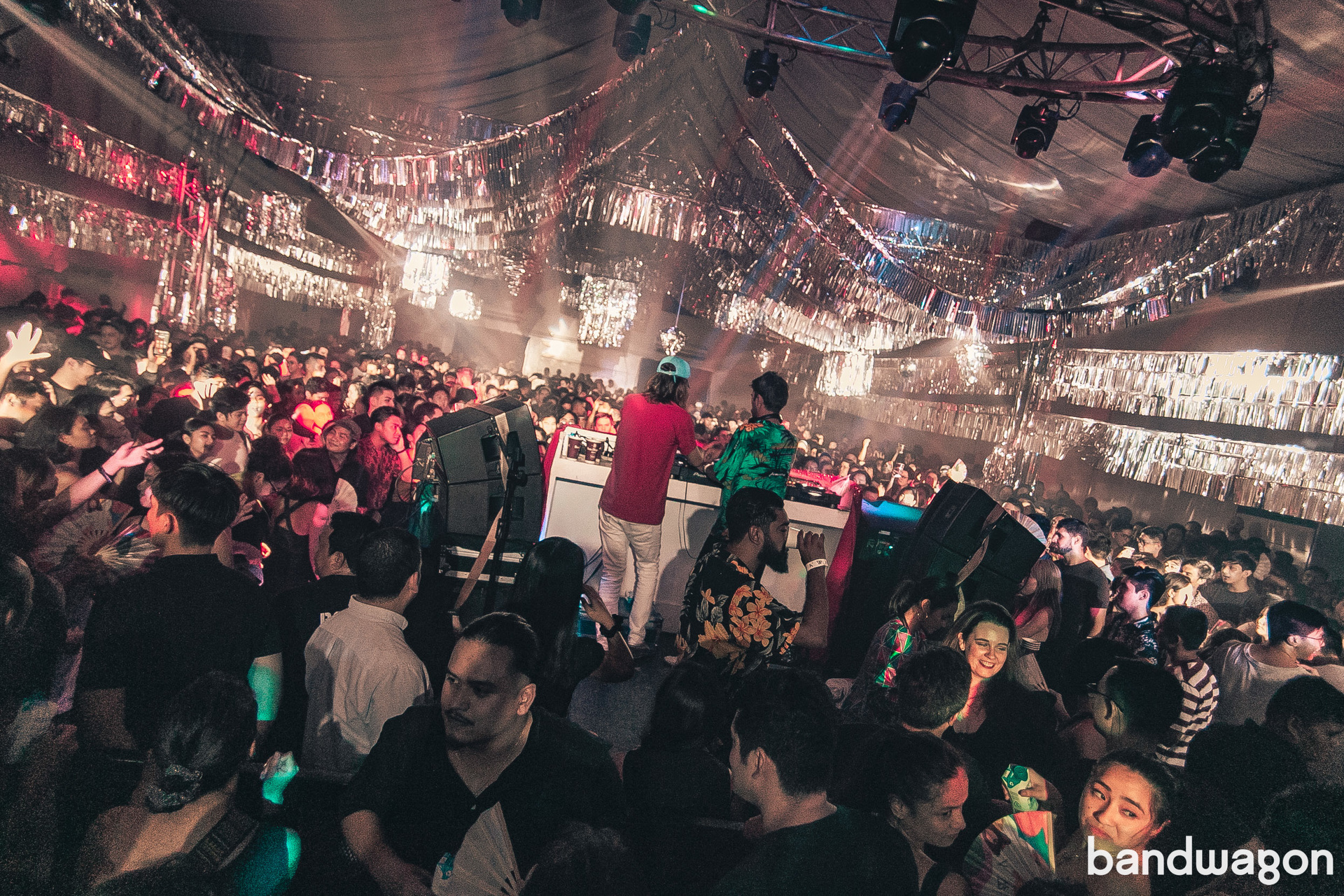 Where do you think dance music is at the moment and where is it heading?

Thibaut Berland: We can tell you about Timmy Trumpet. (laughs) It seems to me that we are kind of focused on what we try to do – like, figuring out what you wanna do without really thinking of a big way, or just trying to figure out what we’re gonna do right next.

Irfane Khan-Acito: Of course, we listen to tons of stuff and tons of records, but dance music is such a broad term. I think that the people that make people dance today range from deep, dark techno –

Irfane Khan-Acito: – and stuff, of course, which we don’t play, like the whole EDM or dubstep thing.

Thibaut Berland: People can get crazy on hip-hop. Pretty much everyone loves that.

But I don’t know where it’s going.

Irfane Khan-Acito:  We’re happy to have a few people dancing.

Thibaut Berland: I feel like we’ve had so many changes in dance music for the past 40 years. Every decade, you had some new sound coming along. In the 70s, it was funk and disco. Eighties, you had hip-hop, new wave, and electronic coming. Nineties was like, full house, techno, and pop.

Thibaut Berland: Daft Punk... The 2000s was like mixing all that together. I don’t think there’s a new sound that’s gonna come anytime soon. But I’m pretty curious about who’s gonna bring the next good shit.

What’s next for the Breakbot project?

Thibaut Berland: – my compositions, and I wish this guy (Irfane) can do the same. (laughs)

Irfane Khan-Acito: I have some homework to do when I get home.

Irfane Khan-Acito: This guy… It’s funny, he’s got rows of activity, yet over the summer he was super productive in terms of –

Irfane Khan-Acito: – Remixes and just output, like when you were in California making cool beats, like instrumentals.

In front of a dance floor decked out in shimmering finery and packed with over a thousand revelers, Breakbot and Irfane dished out groove after groove, bringing up the heat in an already sweltering venue. Thankfully, abanikos, an UNKNWN tradition, were within reach.

The duo mixed a set that traversed and embraced genres – from house to techno to disco. Amid quintessential French Touch tracks from the likes of Daft Punk to Justice, there were touches of techno (by way of Fango and Marie Davidson), deep house (via a glorious drop of Sophie Lloyd’s ‘Calling Out’), pop (Madonna!), disco classics, and a pinch of Stardust to top it all off.

See more of how the unforgettable night unfolded: 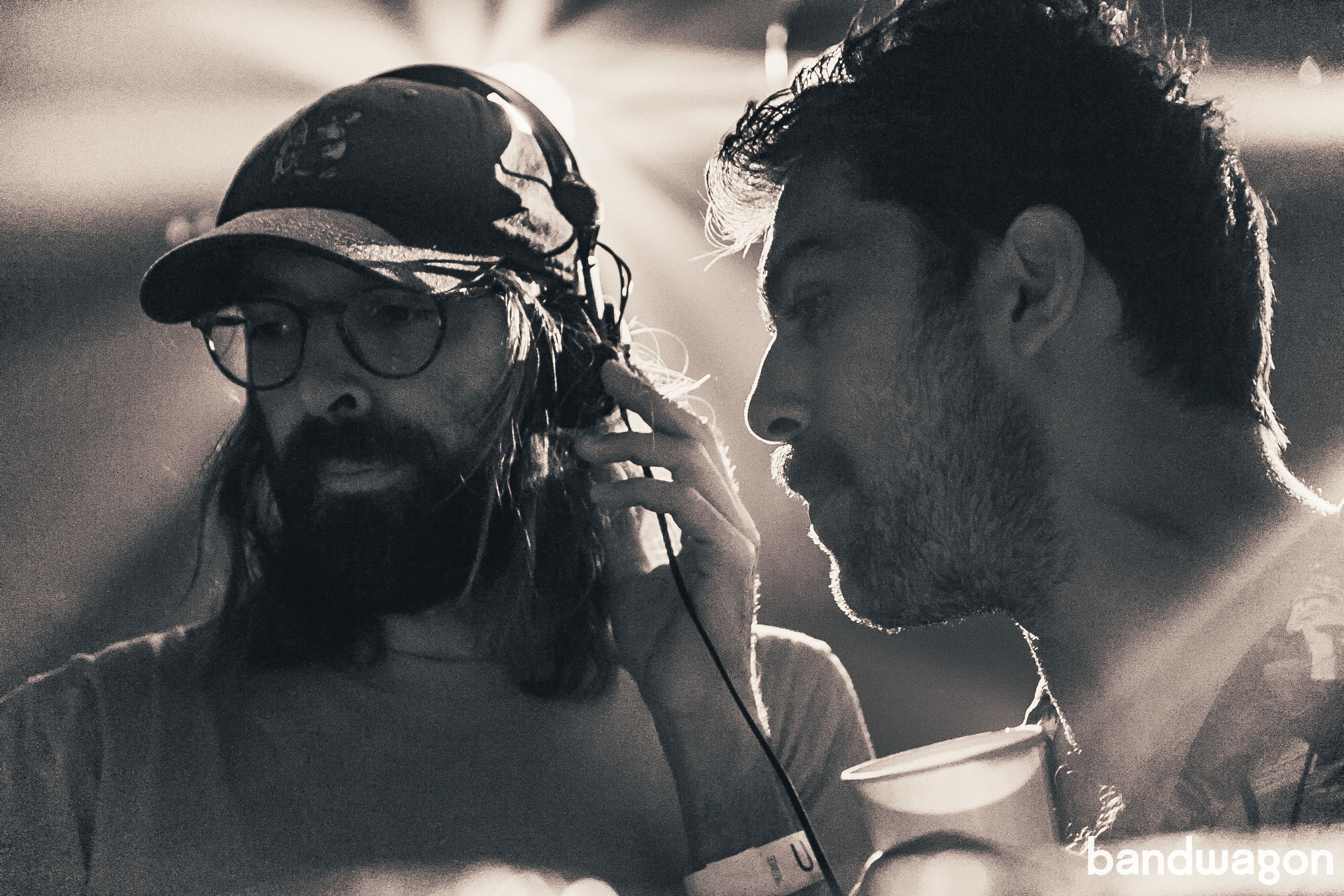 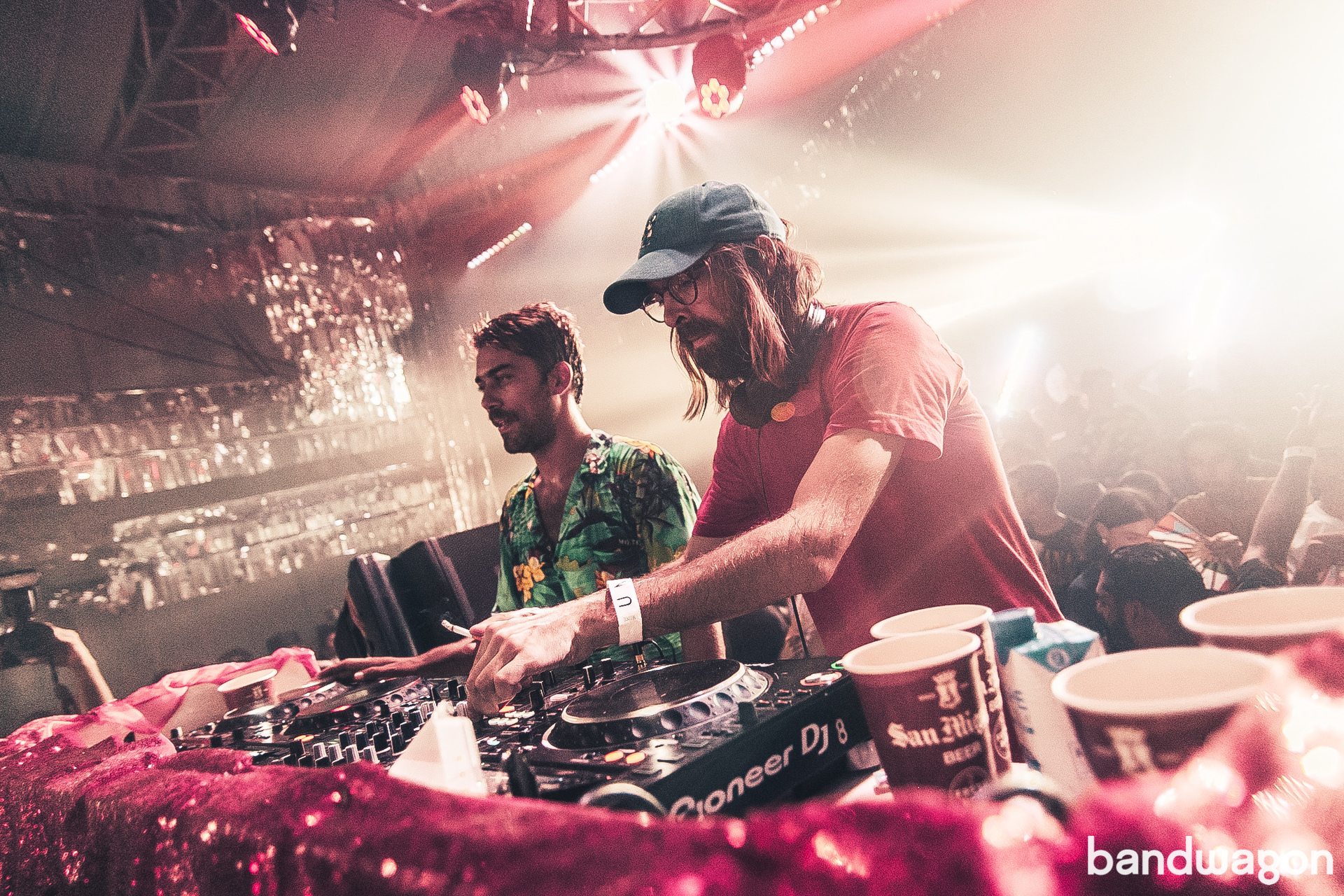 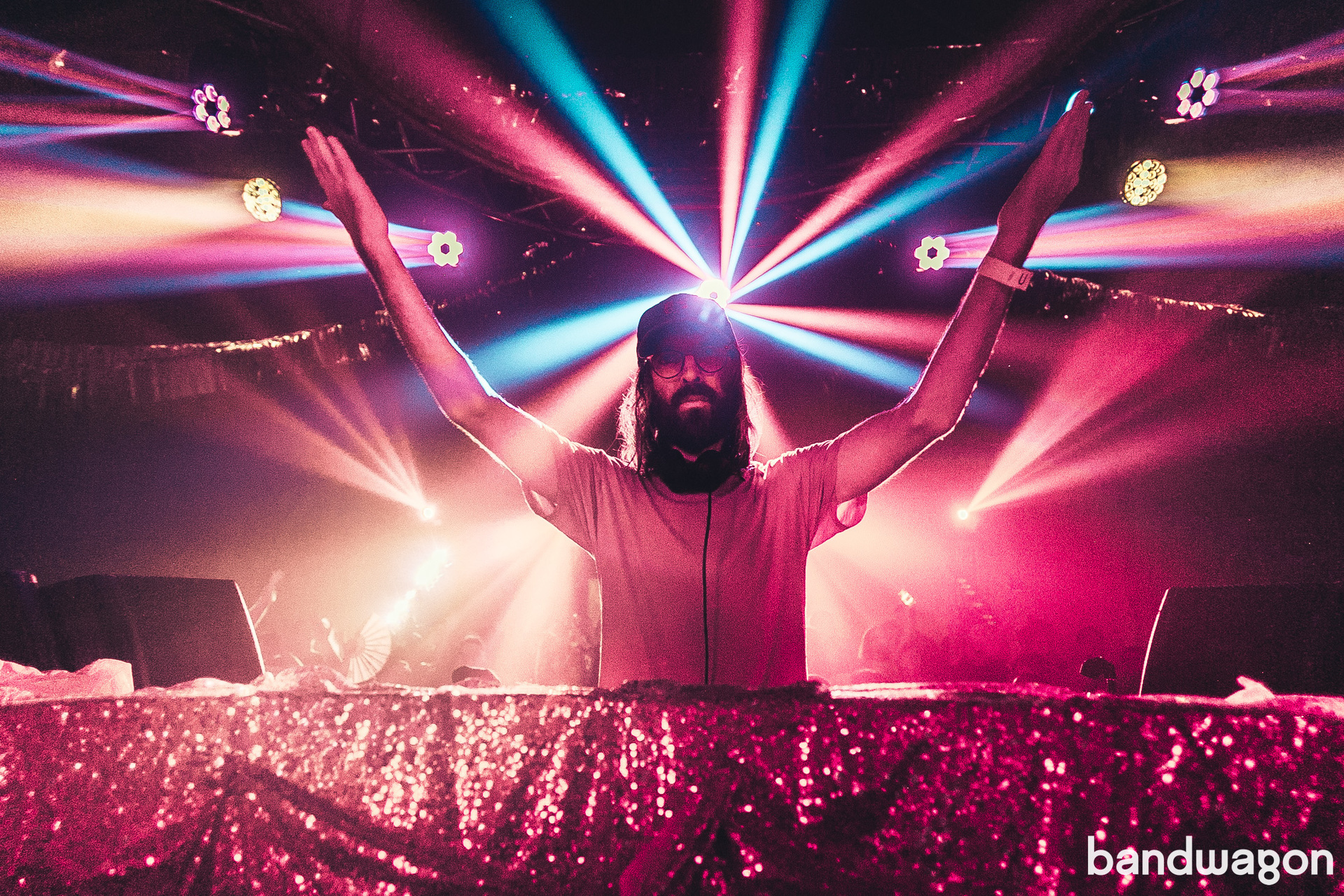 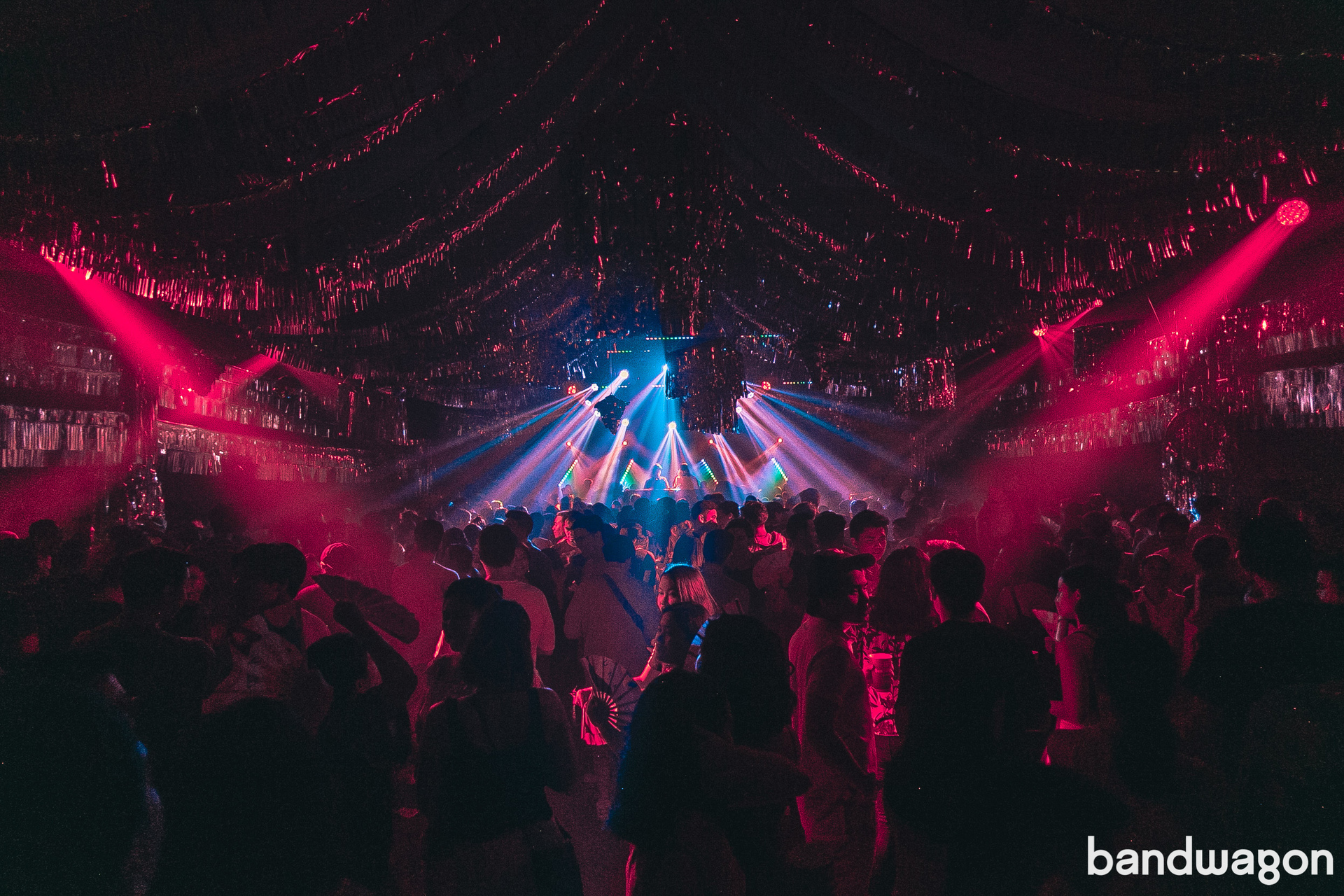 The above interview has been condensed and edited for clarity.

Special thanks to UNKNWN and CC:Concepts.