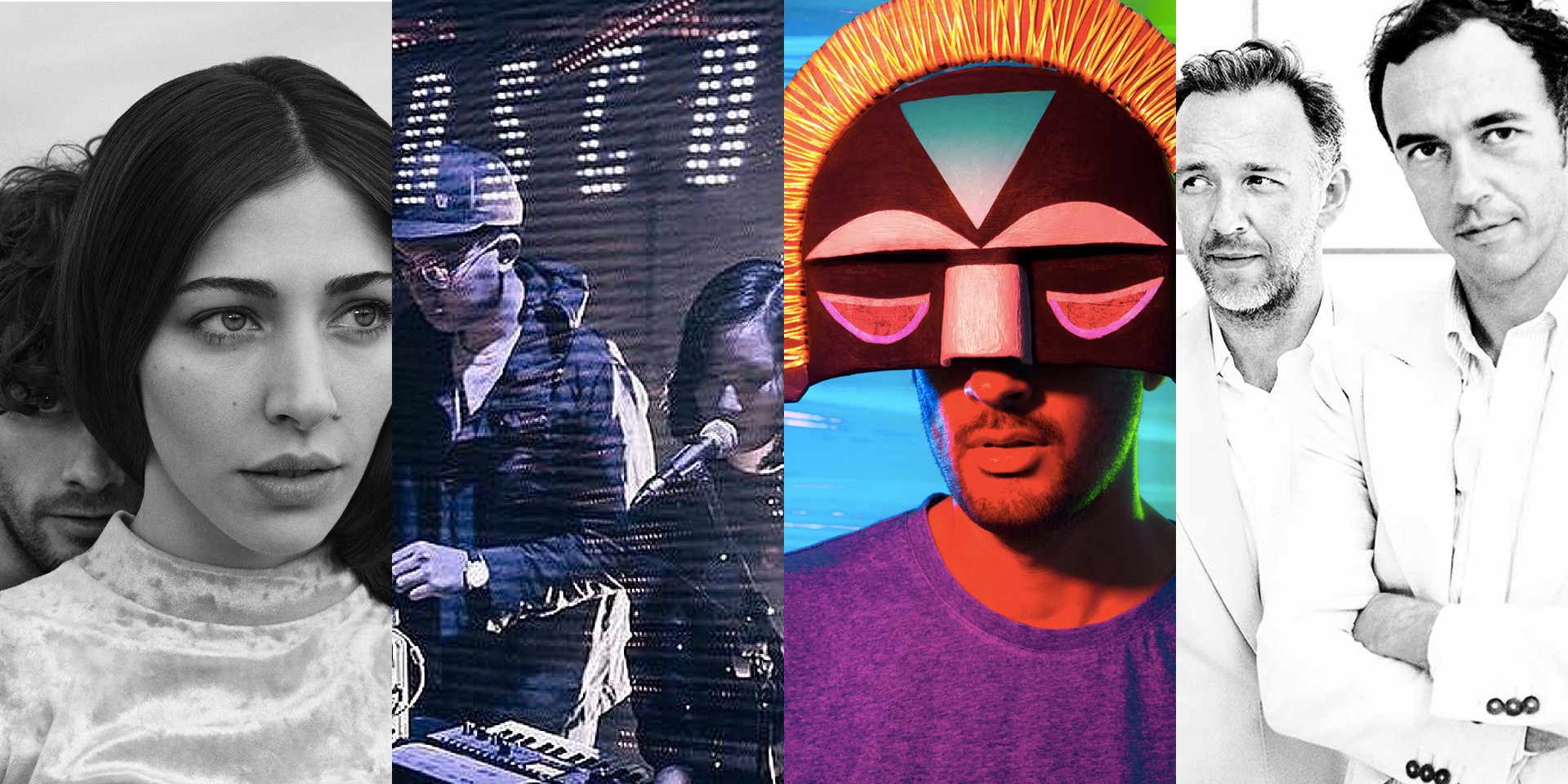 Despite inching closer to the festival — happening in just two months time — it seems like Neon Lights Festival aren't done with the line-up just yet.

Having previously announced Malaysian singer-songwriter Yuna as a headliner alongside Sigur Ros for Day 2, they've finalised the line-up with a couple of stellar names that add to an already phenomenal list of acts.

Leading the pack is esteemed duo 2manydjs, performing a rare live set, along with a DJ set by SBTRKT, and performances by synth-pop duo Chairlift, the esteemed .gif and legendary dub producer Mad Professor.

Along with being included in the last line-up announcement, .gif rounds up an incredible selection of Singaporean acts performing at Neon Lights, adding to a total of five acts — Gentle Bones, Linying, Disco Hue and Cashew Chemists, as previously announced. We're chuffed at the choices, and we only hope this sets a standard for even more diverse festivals. But as it is right now, we're already spoiled.

Alongside the live stages, there will also be a special silent disco put together by Silent Disco Asia, happening on both days where you'll be dancing through the night with no amplified music, only headphones.

If you're traveling to Singapore for the festival, you can also check out Scoot and Tigerair for affordable flights, and Uber's giving away SG$15 off rides for first-time users. It's pretty stacked, and we can only wait for November to come sooner. 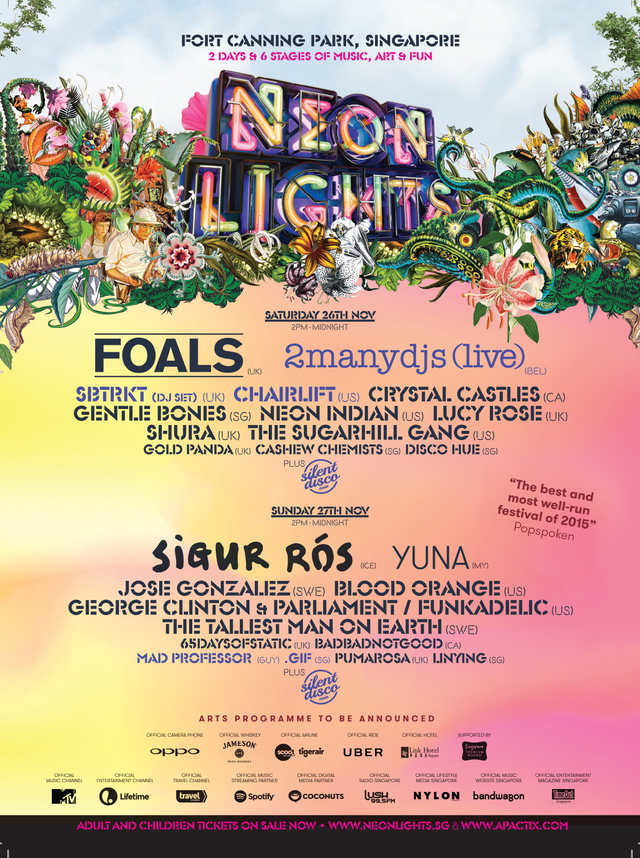