Mention Bobby McFerrin to anyone who was alive in the 80s and they'll remember that catchy and popular phrase — 'Don't Worry Be Happy', the ultimate feel-good song until 'Hakuna Matata' showed up. You've probably heard it yourself at least once in a children's TV show or many, many advertisements.

But what people don't usually remember is that Bobby McFerrin is a gifted vocalist, capable of showing off pitch gymnastics, scat singing and so much more. He's also worked with some of the genre's greats — ranging from Chick Corea to Pharaoh Sanders.

Our lead editor Delfina Utomo chats with the man himself about his knack for improvisation, performing at the World Science Festival along with a quick-fire round of extra questions that may or may not have gone so well.

Improv has always been a part of your performances, what about it do you think is important to music-making?

All music — and all of life — moves forward through time. Improvising is just making up the next thing and the thing after that. We have structures sometimes, like chord changes or appointments but we still make choices constantly. So I think improvising is just a way of life.

What were some influential albums throughout your career?

Lately I've been thinking a lot about my early influences: Herbie Hancock and The Mwandishi Band, Miles Davis, Sly and the Family Stone.

Besides music, you’re quite the science guy! You were once on a panel of experts at a World Science Festival, discussing music and its relation to the brain - what were some theories/interesting trivia you discovered?

This is how rumours get started!! I'm not really much of a science guy, but I've been privileged to work with Daniel Levitan and Elaina Mannes, scientists who are interested in how music affects people. Well, every time I give a concert I spend my whole time observing how music affects the people! So it's very interesting to me.

The piece I did at the World Science Festival is called the Pentatonic Romp, I've performed it all over the world, and people everywhere can sing that scale by ear. Doesn't matter what language they speak or what kind of music they listen to. It's like it's built in. I've done it for decades now and I still think it's amazing! 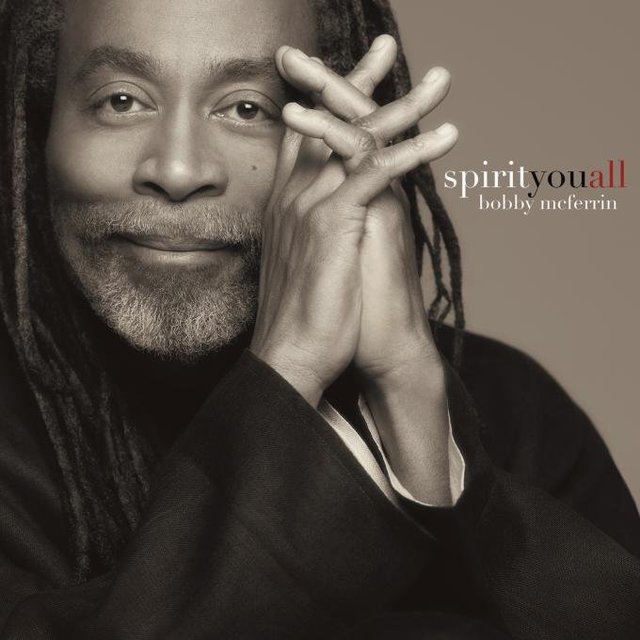 How has religion and spirituality influenced some of your music and how do you share your faith to a secular generation?

My faith is in every note I sing. Without faith I couldn't walk, let alone make music. So when I share my music, or my laughter, or my sense of joy, I'm sharing my faith.

I had a housemate who had a pillow that would play ‘Don’t Worry, Be Happy’ when you squeezed it, and she’d use it while watching horror films - during a really intense scene to break the tension. If you had to insert that song into any film scene, what would it be?

One I didn't have to watch!

What can we expect from the show at SingJazz?

We'll play some songs from my last album, spirityouall, and some new ones. We'll make each other laugh. I'll probably do a solo tune or two. And we'll definitely get the audience singing.

Too many to choose from, but the one in my head now is 'Spain' by Chick Corea.

Favourite song of all time?

Same as above but this moment's choices are 'Drive My Car' by The Beatles and 'Smile' by Charlie Chaplin.

Movie that you’re fond of?

Anything with Fred Astaire.

An album that you revisit often?

Any album by Herbie Hancock and the Mwandishi Band.

First thing that comes to mind with Singapore?

How long is the flight?

What makes you worry?

What makes you happy?

The fact that this is the last question!!