A simple Google search on the word ‘camp’ will tell you that besides ‘temporary accommodation’, it also means to be deliberately exaggerated and theatrical in style and yet appealing. And if the cover of their album ‘Night Work’ is not already obvious, Scissor Sisters are very, very camp and I say this full of love. 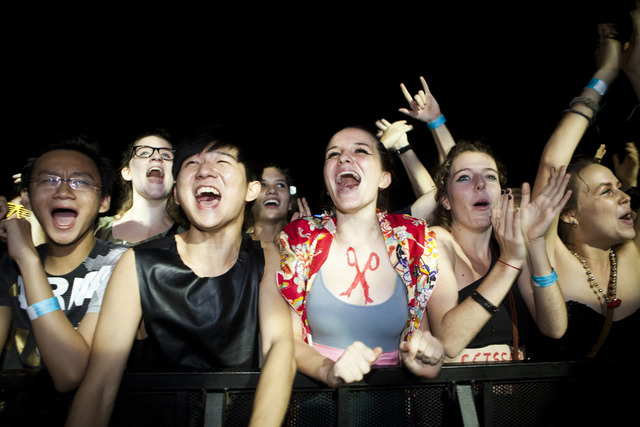 Born 2001, in the gay dance club scene of NYC, the Scissor Sisters brought some colour and theatrics to the otherwise muted Monday night crowd in Singapore. Quite the eclectic crowd – from silver-haired gentlemen to obedient children – there were a handful of dressers in drag, neon ‘fro wigs, bric-brac of leather and sequins that stood out from the sea of not-so-exciting dressers, but one thing was certain – people were restless; the hour long DJ set was stretching a bit too long, several rounds of ‘when is the show starting’, and people were even beginning to take standing naps by the VIP Area (I saw you) and last but not least, MGMT was played twice.

Then suddenly there is an explosion of ripped denim, yellow polka dots, impeccable hair, bare skin and the mega presence of electric duo, Jake Shears and Ana Matronic, the almost moribund crowd is resurrected again. Opening with ‘Night Work’, the masses slowly started to warm up and by the time crowd-pleaser ‘Laura’ rolled in, the dance party was in full swing. And that was, in actuality, the entire show: a dance party. 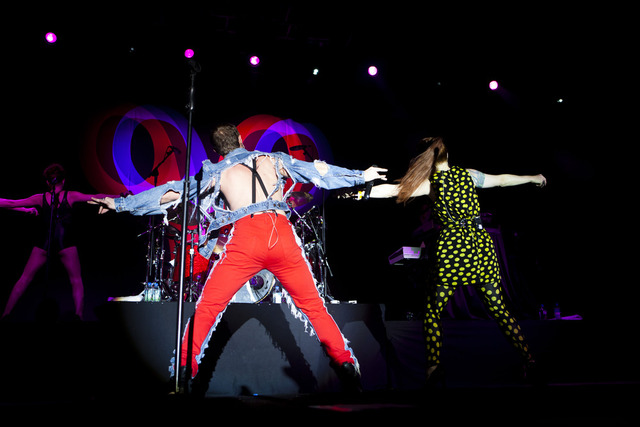 The Scissor Sisters are like a well-oiled machine. There is undeniable chemistry between the band members and despite just arriving from Bali and half of the band ill, they were still ready to ‘Singa-Paaaarty!’. The starring duo displayed amazing vocal work and fully utilised the stage for their kooky moves. There were oohs and aahs every time Shears strutted around and screaming when he made articles of clothing on his body disappear. Ana Matronic engaged in banter in-between songs and her pre-song segues only encouraged the fans to sing louder than the track before. Their unreal falsettos would have left the Bee Gees quivering in their shoes.

A highlight was Shears’ solo for ‘Sex and Violence’ during the encore set, an intimate and stripped-down track which he crooned – a contrast to the previous energetic and dance-friendly tracks. Favourites were ‘Filthy/Gorgeous’, the popular ‘Don’t Feel Like Dancing’, ‘Any Which Way’ and final song ‘Invisible Light’. The set, though short, kept fans thoroughly entertained and the 3-song encore performance was truly satisfying. The Scissor Sisters are a special breed of performers and this quality act is the real deal. Still don’t feel like dancing? Pfffft, I don’t believe you.